Don't have time to lose weight? These tricks only take a second!

"I don't have time to lose weight," our friend Tonya said the other day.

"If you have time to complain, you have time to lose weight," we told her. "All it takes is one second!" To prove it, our editors at Eat This, Not That! collected these science-backed tips for blasting fat fast. And to really accelerate your weight-loss efforts, check out our don't miss list of 14 Ways to Lose Your Belly in 14 Days.

Fill Up with This Superfood

Turns out, an apple a day may also keep the extra weight away. Penn State researchers discovered that people who ate a large apple 15 minutes before lunch took in 187 fewer calories during lunch than those who didn't snack beforehand. (The apples had around 128 calories. So make just that one move every Monday through Friday and you'll shed 41 ⁄2 pounds in a year!) What's more, they reported feeling fuller afterward, too. Sure, the fruit is loaded with belly-filling fiber, but there's another reason apples help you feel full: They require lots of chewing, which can make you think you're eating more than you really are, says study author Julie Obbagy, PhD.

Lack of shut-eye can cause you to overeat. University of Chicago scientists discovered that people who lost 3 hours of slumber ate about 200 more calories that day from snacks. The researchers haven't yet pinned down the mechanism but speculate that it may be simple: The longer you're awake, the longer you're exposed to food. For more belly-melting tips, click here for the essential 55 Ways to Boost Your Metabolism!

Pump Up with Protein

If you hate to diet, it may be that you're just eating the wrong foods. University of Illinois researchers found that people who ate higher amounts of protein were more likely to stick to their diets for 1 year than those who ate more carbohydrates instead. The reason: "Protein is more satiating than carbohydrates are, so people weren't as hungry as those in the other group," says study author Donald L. Layman, PhD. "They also had more energy and didn't feel as tired." Turns out, the dieters who best stuck to their eating plan consumed a diet that provided 40 percent of its calories from carbohydrates and 30 percent from protein. 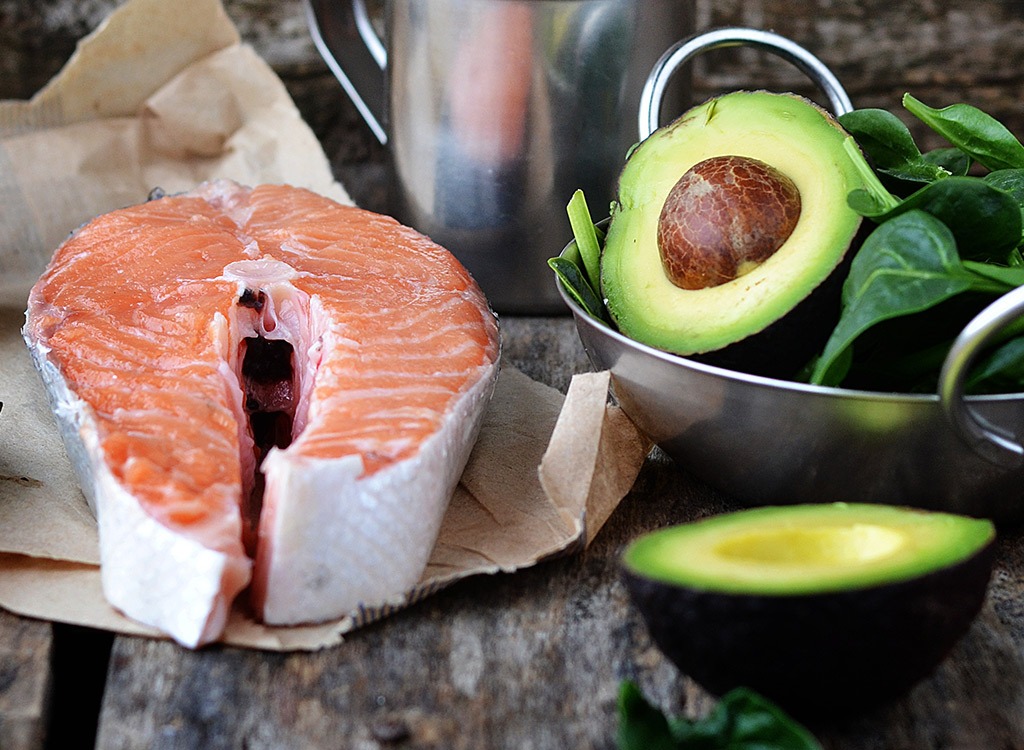 Fish isn't just good for your heart; it's good for your gut, too. That's because omega-3 fatty acids help you feel full longer, report scientists from Iceland. In the study, dieters who ate salmon felt fuller 2 hours later than those who either didn't eat seafood or had cod, a fish with little fat. The researchers found that eating foods high in omega-3s increased blood levels of leptin, a hormone that promotes satiety. Hate fish? Take a fish-oil capsule every day—one has 500 milligrams of the omega-3s DHA and EPA. It offers the same benefits as the salmon. For more, see these 7 Best Foods For Rapid Weight Loss.

No worries, no weight gain. Researchers from the Netherlands found that anxiety can cause you to overeat when you're not hungry. In their study, people who felt stressed after taking a difficult test consumed more sweets than people who felt relaxed after taking an easy one. "Eating sugary foods may relieve stress by releasing chemicals in the brain that increase reward feelings," says study author Femke Rutters, PhD.

Watching TV while you eat may cause you to consume more food later in the day. UK scientists found that people who watched a video during lunch ate more at a midafternoon snack than those who'd dined while away from the tube. "Watching TV during a meal can cause people to remember less about the food, so they subconsciously eat more later," says study author Suzanne Higgs, PhD.

Keeping excess weight off can be difficult if you have heavy pals, according to a study in the journal Obesity. That's because you may be less likely to exercise and eat healthfully in your free time. The good news: Befriending people who are fit may help you lose weight, even if you're not consciously trying to. Why? People often emulate behaviors of close friends they look up to, says study author Ray Browning, PhD.

Walk Away from the Chocolate 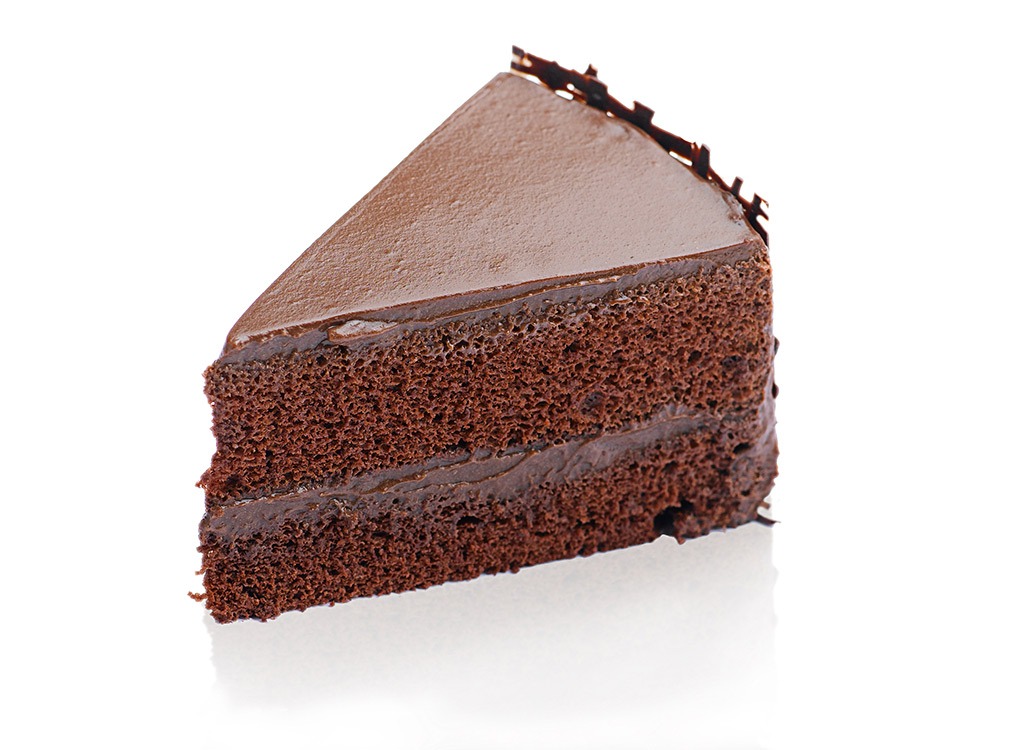 Need a simple way to avoid dessert? Go outside. Researchers in the UK found that taking a short walk can weaken chocolate cravings. In the study, regular chocolate eaters refrained from eating the treat for 3 days and then either took a 15-minute walk or stayed idle. The strollers' cravings dropped by 12 percent after a walk, but those of the couch potatoes intensified. "Like chocolate, exercise may increase the levels of feel-good chemicals in your brain, reducing a desire for sweets," says study author Adrian Taylor, PhD.

Your dining partner could be making you fat. Researchers from Eastern Illinois University have discovered that people consume 65 percent more calories when they eat with a person who opts for seconds than when they dine with a companion who doesn't. "Just being aware of it can help you avoid becoming a victim," says nutrition advisor Jonny Bowden, PhD. Instead of taking seconds, opt for a cup of herbal tea after you finish your main course. It will keep your mouth busy while providing a refreshing, no-calorie end to your meal.

Write Off the Pounds

Hold yourself accountable: In a 13-week study, dieters who kept a food record for 3 weeks or longer lost 3½ pounds more than those who didn't, say researchers at the University of Arkansas. And over the long term, this strategy may be even more important for enhancing your results. "Keeping a detailed account of what you eat helps you learn how to accurately estimate portion sizes," says Men's Health weight loss coach, Alan Aragon, MS. To eyeball calories like an expert, log and analyze your daily meals for at least 2 weeks on a free Web site such as sparkpeople.com.

Eastern Illinois University scientists found that people ate 85 percent more bread when their server offered them seconds. "Blame social pressure," says study advisor Karla Kennedy Hagan, PhD. "It's harder for people to decline an offer when it comes directly from another person." Your best bet? Order soup and pass on the breadbasket altogether. 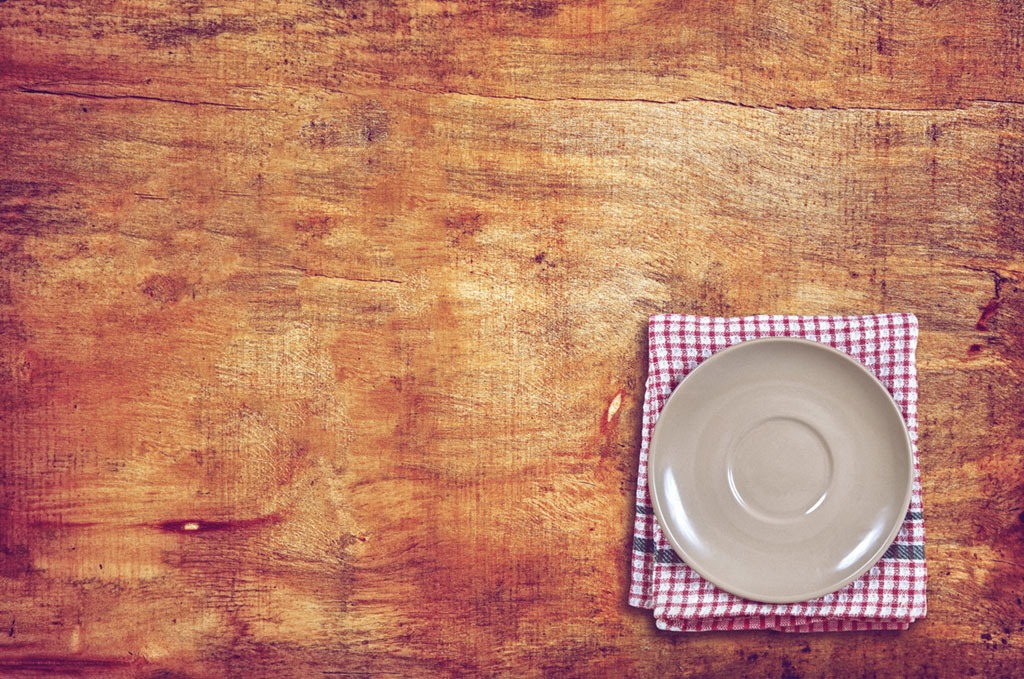 That "medium" soda may actually be a large. Duke University researchers have discovered that some fast-food chains are encouraging customers to buy larger soft drinks—which justifies higher prices—by increasing the number of ounces in all sizes of drinks. They know what you may not: Most people subconsciously pick the middle option without considering the actual amount, says study author Richard Staelin, PhD. Remember, 8 ounces is one serving.

Watch Out for Weekends 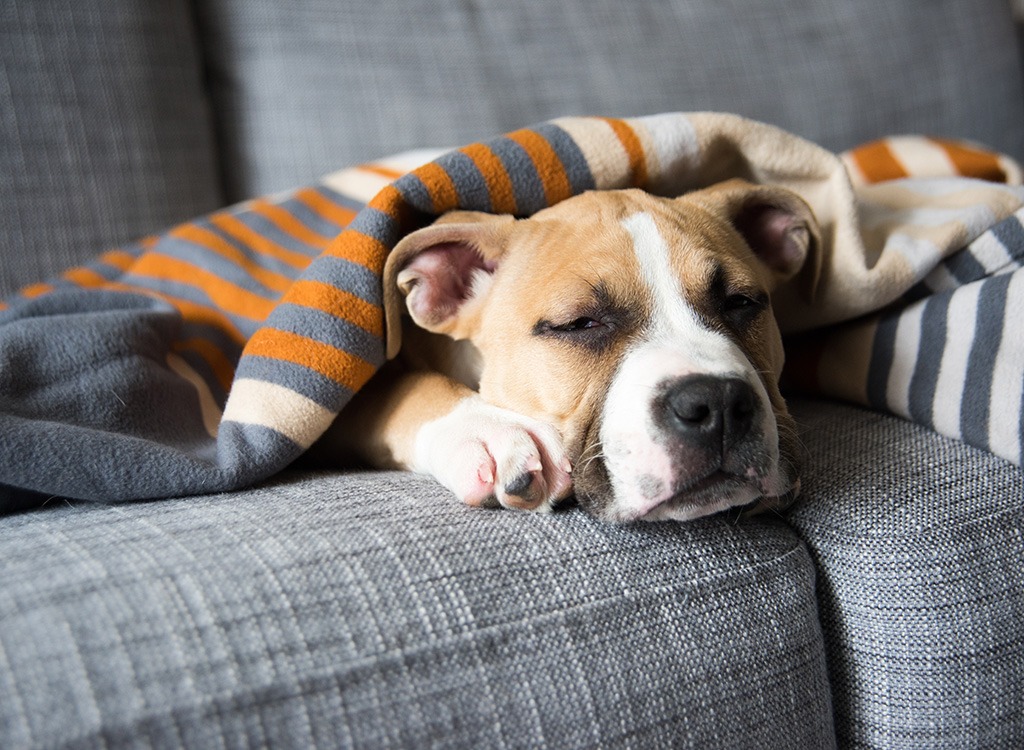 A study in the journal Obesity reveals that people eat an average of 236 more calories on Saturday than on any given weekday. Blame it on the break from your usual routine. "Since your day is not as structured on the weekends, neither are your eating habits," says study author Susan Racette, PhD. 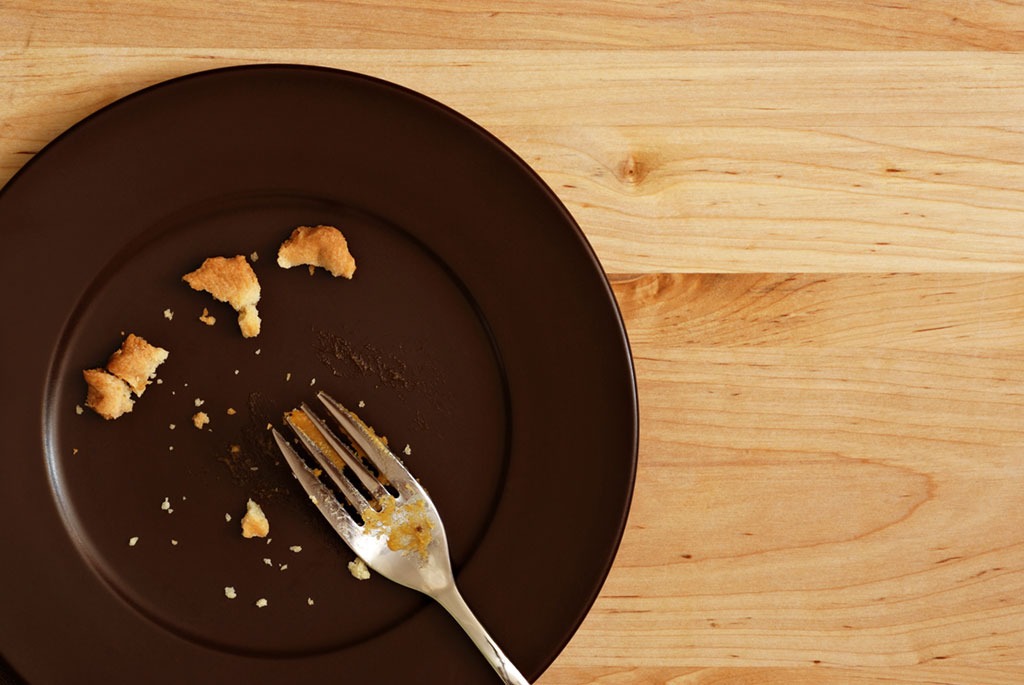 In a Cornell University study, the heaviest men said they stopped eating when they thought they had consumed the "normal" amount—for example, a heaping restaurant entrée—instead of when they started to feel full. "Focusing on the food left on your plate and not what's in your stomach influences you to keep eating," says study author Brian Wansink, PhD.

Thirst can masquerade as hunger, which is one reason dieters should stay hydrated. Now German researchers have found another reason: Water fuels your body's fat burners. For 90 minutes after drinking 16 ounces of chilled water, adults saw their metabolisms rise by 24 percent over their average rates. The increase is partly attributed to the energy your body generates to warm the water during digestion.

Cut Up Your Food

Japanese researchers recently proved what dietitians have been saying for years: Slicing your food into strips or chunks may help you eat less. Study participants who compared equal amounts of sliced and whole vegetables rated the sliced serving as much as 27 percent larger. The end result: Believing that you are eating a larger portion of food causes you to feel more satisfied with fewer calories. To blast even more fat fast, check out this essential list of the 20 Foods That Turn Back Your Metabolic Clock.

Eat This, Not That!
Inspired by The New York Times best-selling book series, Eat This, Not That! is a brand that's comprised of an award-winning team of journalists and board-certified experts, doctors, nutritionists, chefs, personal trainers, and dietitians who work together to bring you accurate, timely, informative, and actionable content on food, nutrition, dieting, weight loss, health, wellness, and more. Read more about Eat This
Filed Under
Rapid Weight Loss