If you've been holding out on buying an Instant Pot, now's the time.

'Tis the season to gather with loved ones, give thanks, and…support your favorite big-box store. OK, maybe visiting stores like Target and Walmart isn't on the top of your Thanksgiving to-do list, but if you're looking for a kitchen deal, it might be worth it. Walmart's Black Friday deals include an impressive Instant Pot markdown, so if you've been considering buying the pressure cooker, now's a great time.

The six-quart Instant Pot Duo cooker, originally priced at $79 at Walmart, will cost just $49 on Black Friday. A full $30 off is nothing to scoff at, so this is one deal that might be worth braving the Black Friday crowds. 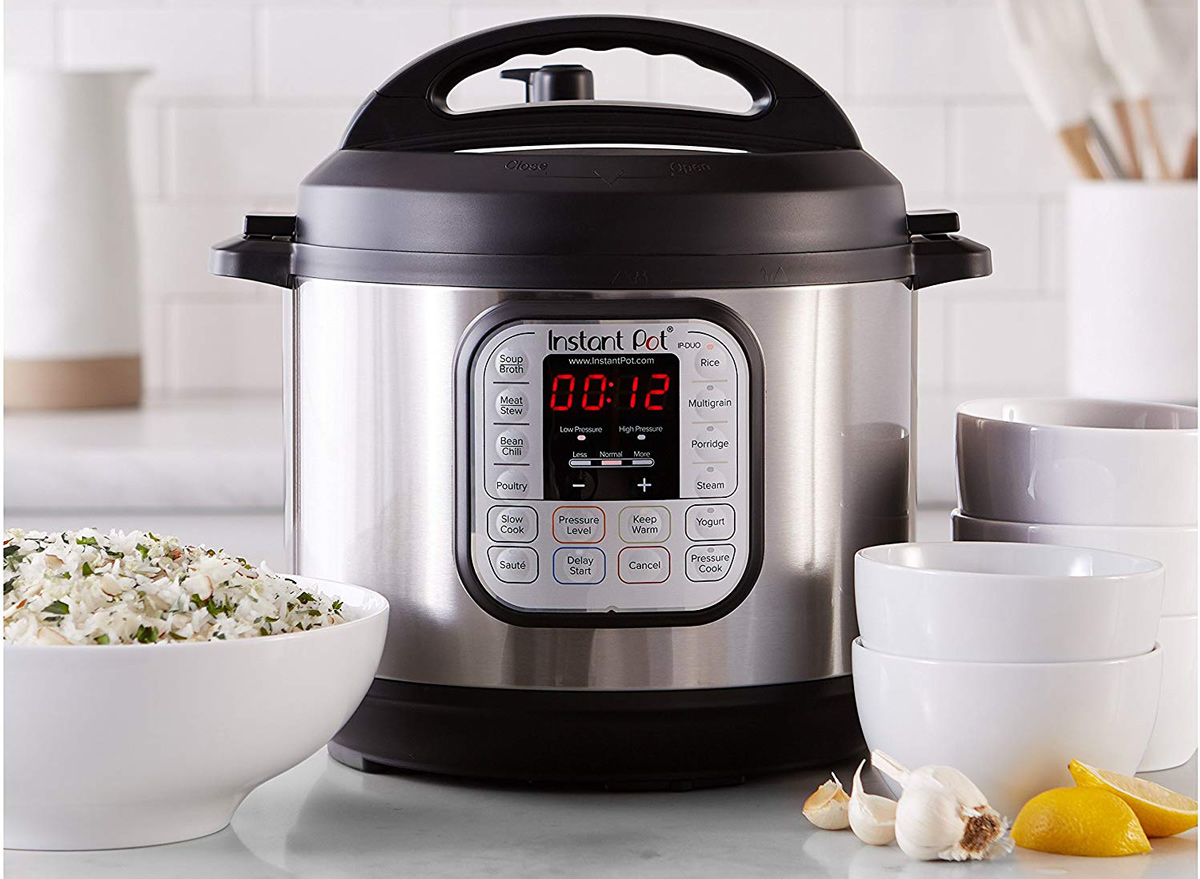 The deal is also significantly cheaper than Target's Black Friday Instant Pot deal. In comparison, Target will be offering the six-quart Instant Pot Duo Nova for $64.95 on Black Friday. The major difference between the two cookers (the Duo vs. the Duo Nova) is that the Duo Nova will automatically seal the pressure cooker for you. And if you want to release the steam faster when the Instant Pot is done cooking, the Duo Nova has a quick-release button to let out the pressure. So if you're interested in that feature, the Target deal on the Duo Nova model might be a better fit. But if you just want a six-quart pressure cooker and don't need the extra feature, Walmart's deal will cost less.

Is the Instant Pot worth it?

If you're looking for an easy way to make one-pot meals without spending all day in the kitchen, the Instant Pot is definitely worth a try. You can set your food and forget it, without worrying about stirring a pot or flipping something over on a sheet pan. And with the Duo, you can cook two different things at once, like rice and meat. Less cooking time and less cleanup? Sign us up!

There are also online-only deals that you can order right now on Walmart.com. One is an Instant Pot Cookbook, on sale for $7.79, which could be the perfect accompaniment to your new Instant Pot cooker.

Will there be other Walmart kitchen deals in-store on Black Friday?

There are five classic kitchen items for just $9.96 each, which include:

Meghan De Maria
Meghan De Maria is a senior editor at Eat This, Not That!, specializing in food, product, and restaurant coverage. Read more about Meghan
Filed Under
Shopping Tips // Thanksgiving