This Drink Can Improve Your Sex Life

If there were a magic elixir that could ensure you'd never experience issues with erectile dysfunction, would you drink it? Does Leonardo DiCaprio have a dad bod? Of course!

While nothing like that exists quite yet, recent University of Texas findings identified the next best thing: coffee. Their research suggests that men who drink two to three cups of java a day—or 85 to 170 milligrams of caffeine from other beverages—are 42 percent less likely to have erectile dysfunction than those who consume up to seven milligrams of the stimulant daily. And those who throw back four to seven cups were 39 percent less likely to have the condition than their less jittery counterparts. The trend holds true among overweight, obese and hypertensive men, but not for those with diabetes, a condition that often causes the issue.

So, how exactly does drinking coffee keep things going strong? The scientists say that the stimulant triggers a series of reactions in the body that ultimately increase blood flow to the penis. Makes sense to us—that's now most foods that ward off the condition work. For more diet tricks that will keep your penis healthy and help you perform better in the sack, check out Eat This, Not That! For Better Sex.

WITH OUR BEST-SELLING NEW DIET PLAN, The 7-Day Flat-Belly Tea Cleanse! Test panelists lost up to 4 inches from their waist! Available now in paperback! 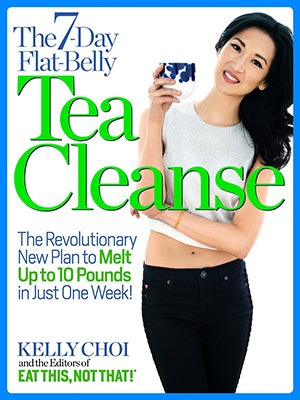