These Bad Habits Are Slowly Killing You, Says Science

You know that it's not good to eat bad foods and live a sedentary life. Here are the other big no-nos.

Chances are you know that a poor diet high in processed foods can end your life tragically early. According to a 2019 study published in the journal JAMA Internal Medicine, which followed the lifestyles of more than 40,000 European men and women, there was a 14% higher risk of death associated for every 10% increase in the intake of ultraprocessed foods.

You probably also know that drinking too much alcohol is associated with an earlier demise, which can potentially cut your life short to the tune of nearly three decades, according to a new study. But the life-changing decisions you make extend beyond simply the foods and drinks you choose to put into your body—and these daily decisions won't affect you immediately. They build up over time. For some of the all-time worst habits that are scientifically linked with early death over the course of your life, read on, and take note. And for more ways to live a healthier and more fruitful life, don't miss these 65 Habits That Can Help You Live a Longer Life.

You're Living a Lonely Life

You may have read that "loneliness kills." Sadly, it's true. Loneliness creates in a mental state in which you're brain is on high alert and perceives smalls threats as far more stressful. It also means less sleep, more anger and irritability, and a greater risk of cognitive decline. According to a study in the Journal of Neurology, Neurosurgery, and Psychiatry, loneliness is strongly linked with early dementia. For more on the importance of having more human interactions, read up on the One Major Side Effect of Talking on the Phone More, Says Science.

You're Sitting Too Much Every Day

Yes, sitting is known to hurt your back and posture, lead to depression, and can make you far more distracted on a daily basis. But it can also affect your lifespan. According to the calculations of James Levine, MD, of the Mayo Clinic and author of Get Up! Why Your Chair Is Killing You and What You Can Do About It, you're losing roughly two hours of life for every hour you're sitting down. "Sitting is more dangerous than smoking, kills more people than HIV, and is more treacherous than parachuting," he explained to The Los Angeles Times. "We are sitting ourselves to death." For more expert-backed health advice you use right now, be sure to read about how you can Walk This Much Every Day to Burn More Fat, Says Top Doctor.

You're Bummed Out All the Time

Not happy? You'd be wise to turn things around for reasons beyond your enjoyment levels. According to a study published in the Canadian Medical Association Journal, both men and women who suffer from the effects of depression can find that their lifespans are cut short by 10 years (or more). Depression is particularly insidious for your heart. As CNN once reported, "heart disease patients who become depressed are twice as likely to die within the following decade as other patients."

You Hold Grudges and Give the Silent Treatment

If you're too angry at loved ones or friends—and you bottle up that anger—it could come back to haunt you. When you're stressed or angry too often, you'll experience a flood of your hormone cortisol. According to study published in the journal Clinical Endocrinology, having high cortisol levels over time is strongly linked with "increased mortality risk."

You're Staying Up Too Late at Night 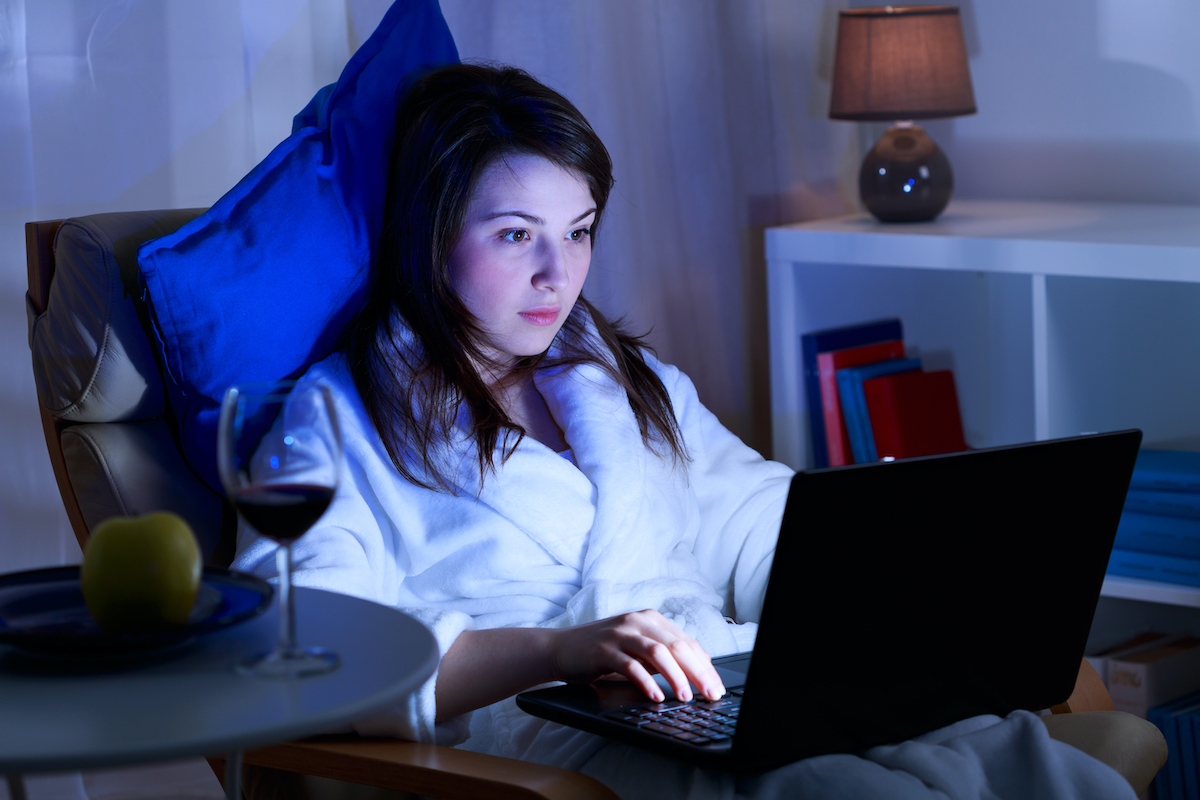 According to 2018 analysis of more than 50,000 people conducted by researchers at Northwestern University, those who were night owls—or those with a later biological clock, who preferred to go to sleep later and wake later—had a 10 percent higher risk of dying than those who go to bed earlier and wake up earlier.

Regardless of your chronotype, if you're not sleeping enough in general, you could be putting yourself at risk of early death. Getting enough sleep is associated with lower risk of heart disease, depression, and a more stressful life. You'll also eat a better diet and your chances of exercising increase. What's more, a study published in the journal Sleep Medicine Reviews found that getting less than 6 hours of sleep per night was also associated with a higher risk of death while operating a car. And for more breaking health news you should read, make sure you're aware of The Personality Trait That Skyrockets Your Risk of Early Death.