S'Well Launched a "Frozen 2"-Themed Line, and We Can't Let It Go

The world's coolest water bottle just got even cooler.

Elsa and Anna aren't the only ones dialing up the cool this season. S'well launched a new Frozen 2-themed line of water bottles and food containers in celebration of Disney's most recent hit movie.

The cool-as-ice bottles are everything you know and love from S'well, but this time, they're decked out in Arendelle magic. They'll keep your drink as cold as Elsa for 24 hours and hot for up to 12. The collection includes two regular S'well bottles, seven of the smaller S'ip bottles, and four adorable food containers.

Frozen 2 is already fast approaching the $1 billion mark at the box office, and artists like Kacey Musgraves and Panic! At the Disco have released covers of the soundtrack already (who can forget all the "Let It Go" covers when the first movie came out?). The sequel is proving to be just as much of a smash hit as the original, which came out in 2013.

RELATED: Instant Pot Launched a Star Wars Collection, and It's Out of This Galaxy

S'well bottles retail for between $25 and $45, depending on whether you go with the 9-, 17-, or 25-ounce size. These Frozen 2 ones would make great holiday gifts for Frozen fans of all ages, and we've hand-picked a few of our favorites below.

If you want a bottle with a more subtle design, we love how the Enchanted Olaf one is done in watercolors with a light floral overlay. You can spy Olaf at the bottom of the bottle for a whimsical but understated nod to the movie: 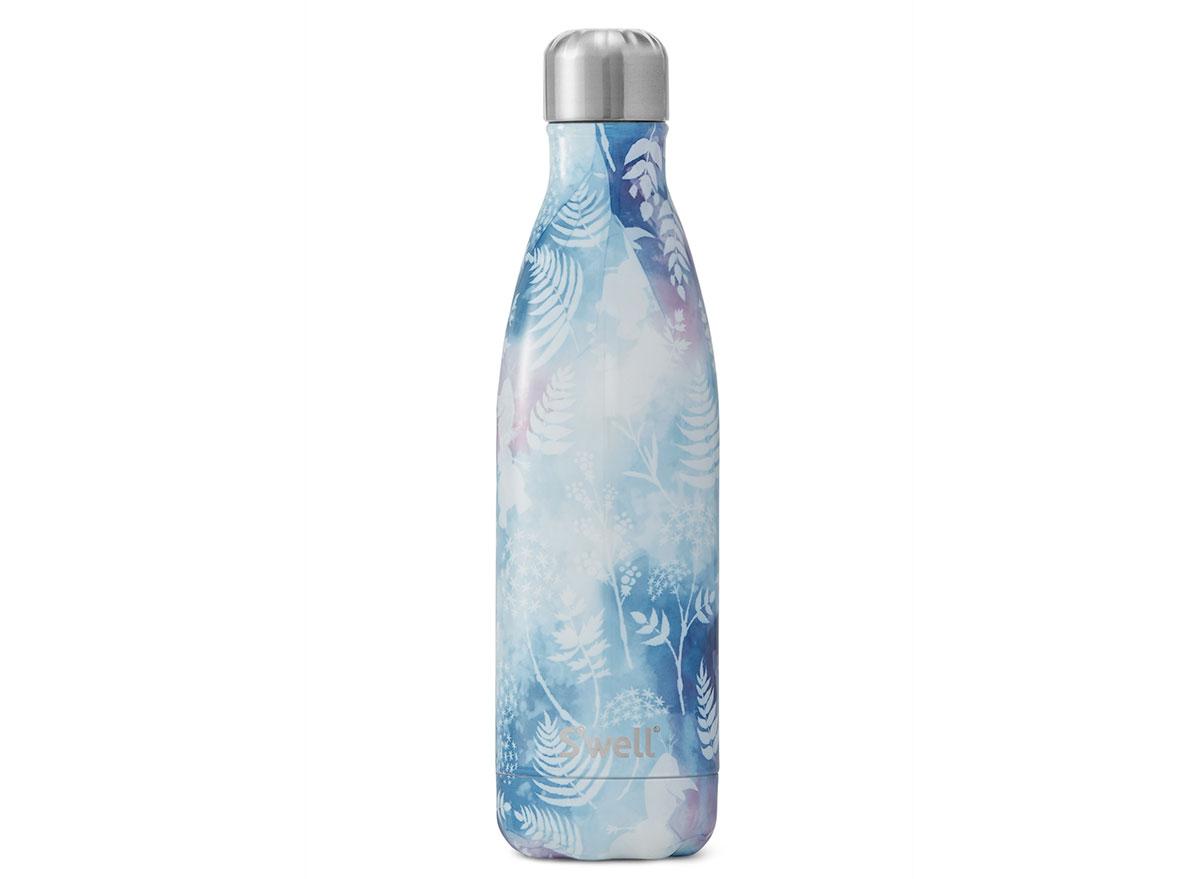 For a full-on show of fandom, though, pay homage to the queen with this gorgeously drawn Mighty Elsa option: 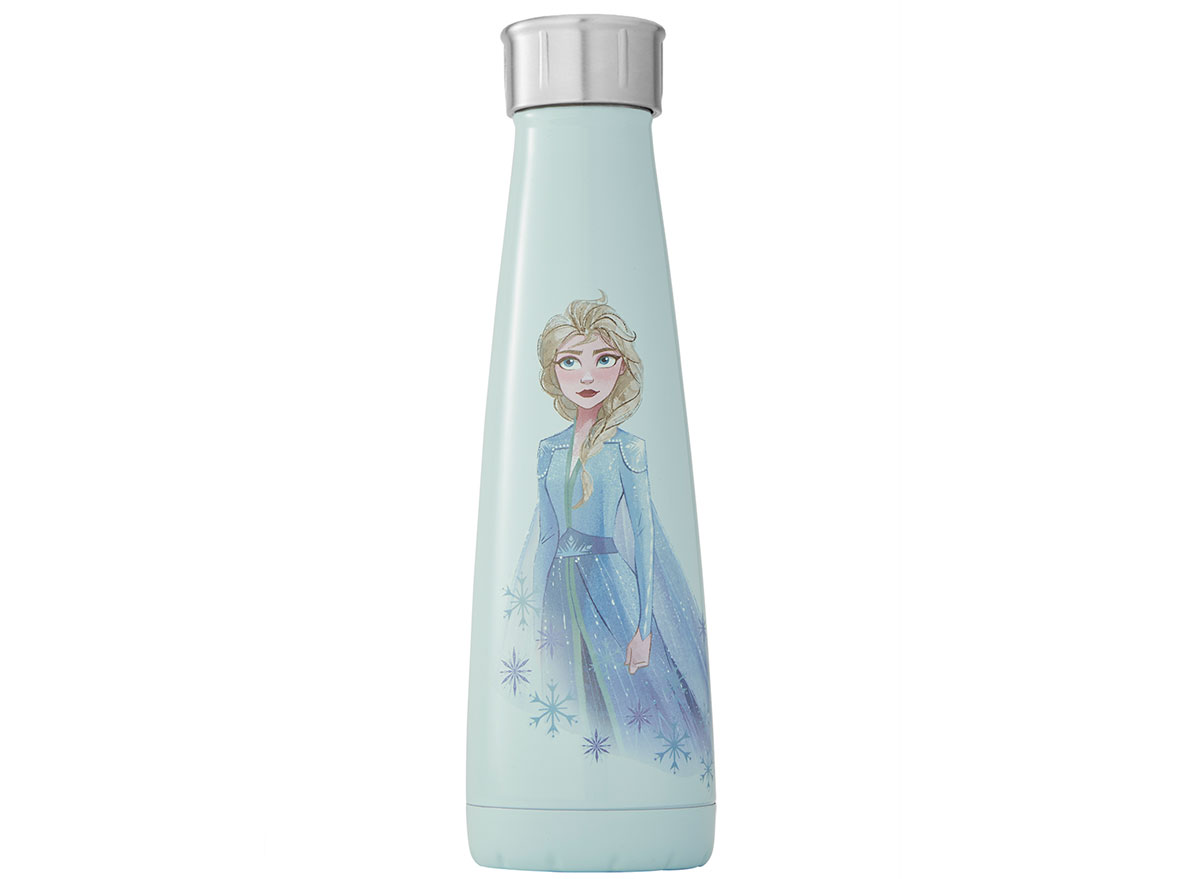 Or, you could honor her sister with this pink and purple patterned Brave Princess bottle: 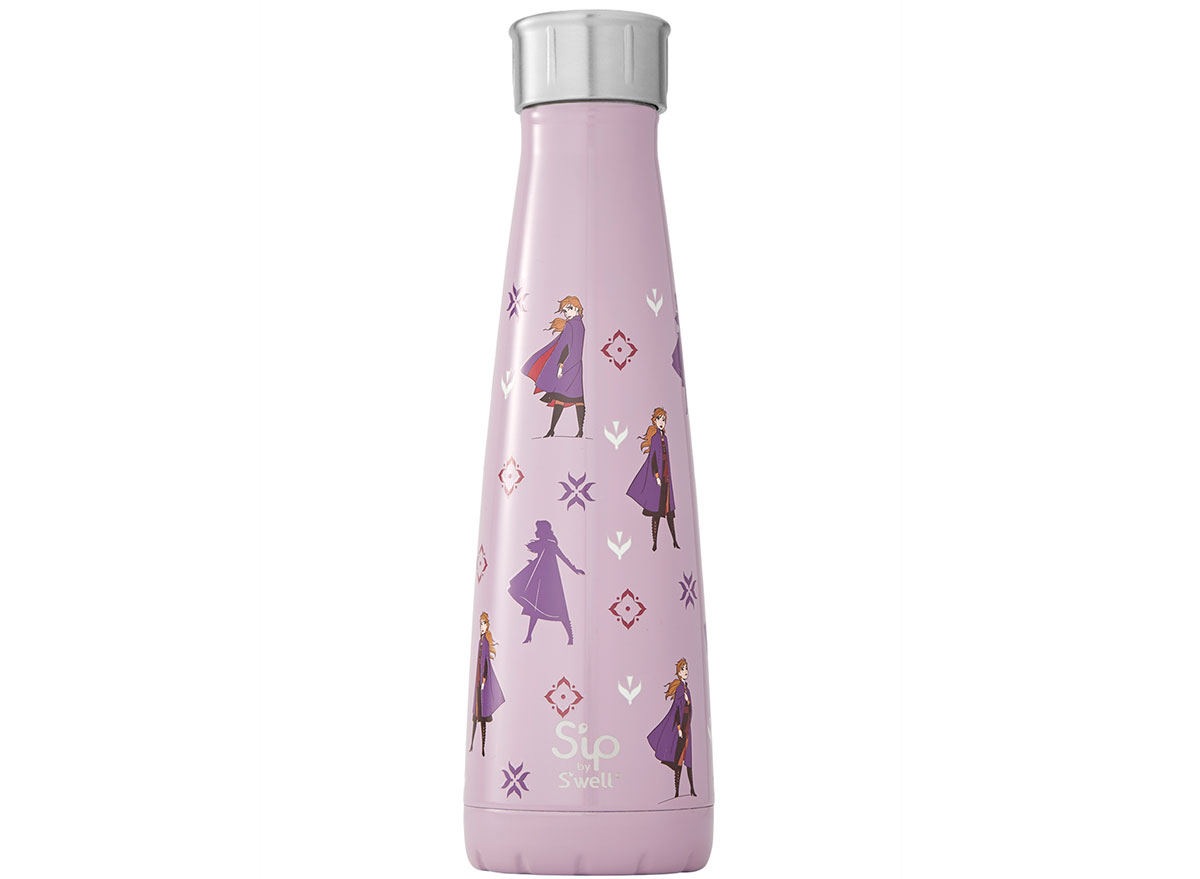 Then, there's everyone's favorite sidekick—Olaf—featured prominently on this option. It's worth melting for: 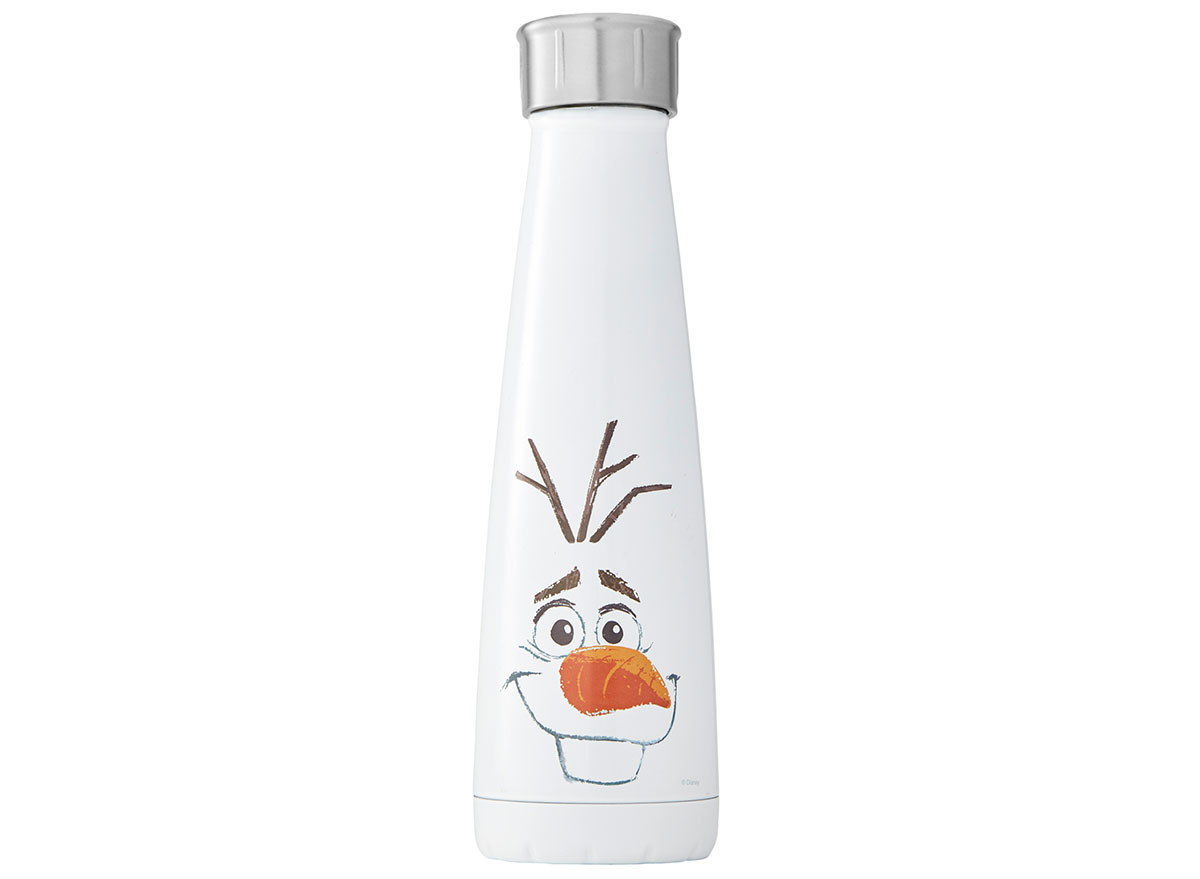 Or, if you prefer to hang with the whole gang, add Sven and Kristoff to the mix with the "Frozen Adventure" design: 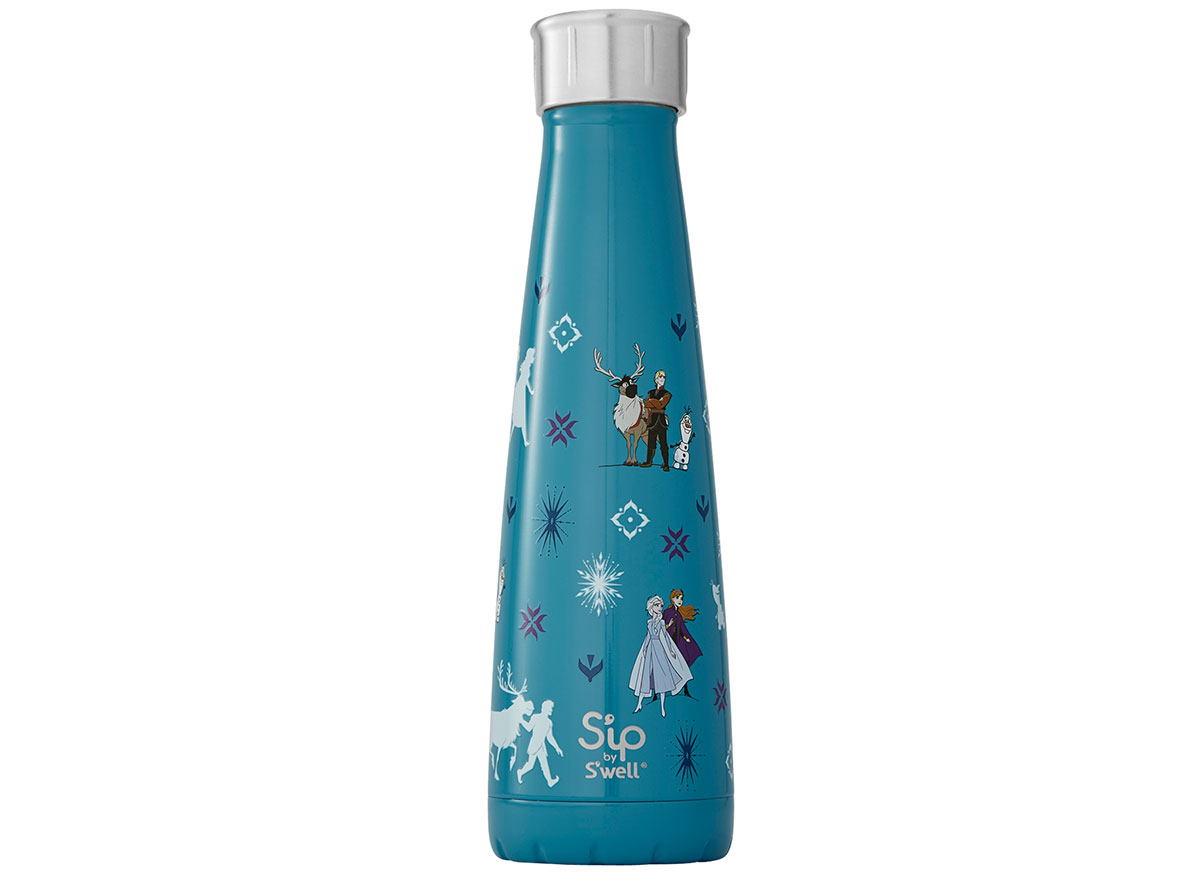 Plus, you can't forget the matching food container! You can get Anna, Elsa, and Olaf-specific versions, too: 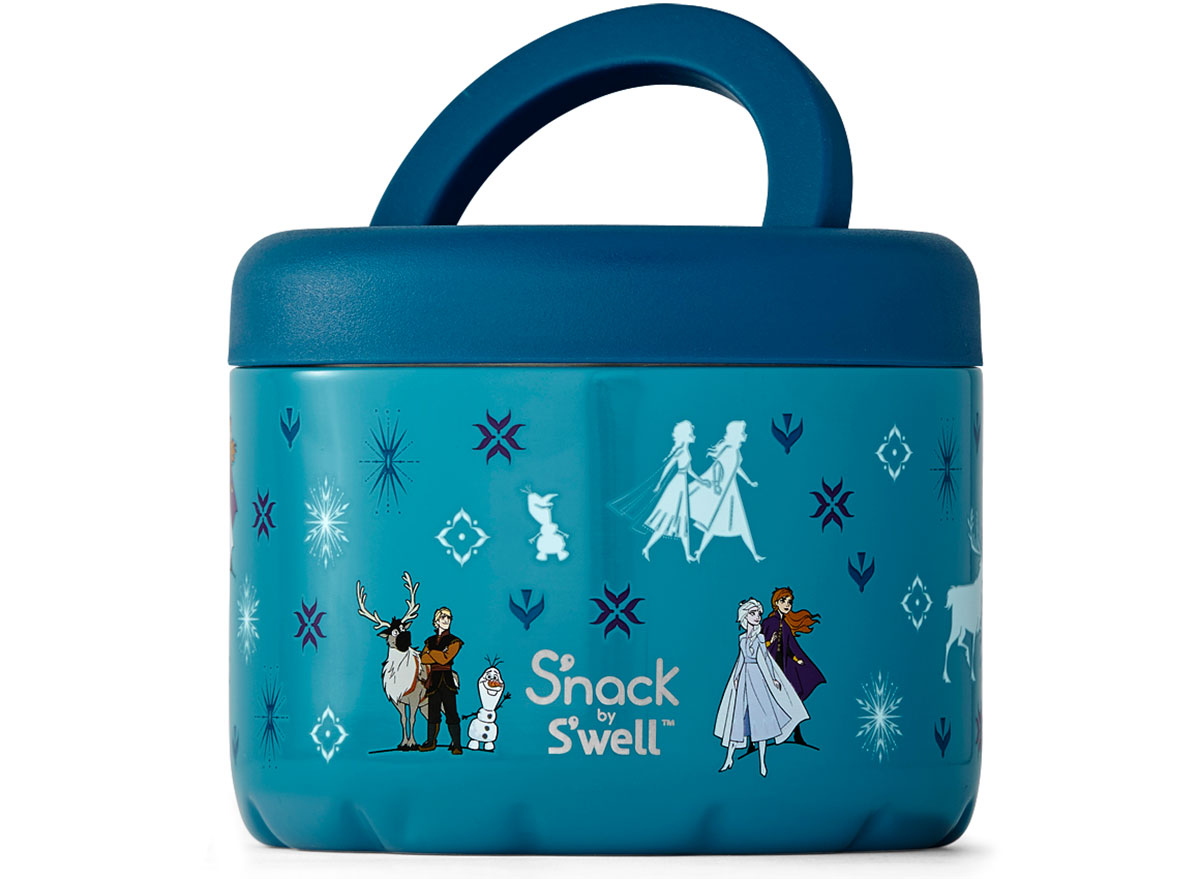 While Swell's Frozen lineup could make your favorite little princess' holiday season, fear not if the younger members of your shopping list are passionate about other fantastical worlds. In October, S'well released a magical collection of Harry Potter bottles, and, with their new personalization option, almost any S'well can pack an extra-thoughtful punch. Just in time for the holiday season!

And for more fun movie products, you'll want to know that Starbucks Added a New Baby Yoda-Inspired Frappuccino to Its Secret Menu.