One of them could become the nation’s new “epicenter,” warns its Governor.

During a week in which the President claimed the coronavirus is "disappearing," the data showed a different, more inconvenient truth: Five states reported a jump of more than 50% in one week. Read on to discover which ones, and to ensure your health and the health of others, don't miss these Sure Signs You've Already Had Coronavirus.

Cases Jumped More Than 50% in Montana

"Montana has set multiple new records for COVID-19 cases and hospitalizations in the past week, and now ranks among the top states in the nation in daily new cases per capita. Hospitals in some of Montana's largest cities are at or near capacity, while health care providers are pleading with people to heed public health advice," reports KTVQ. "Public health departments say they aren't able to keep up with contact tracing and feel powerless in the face of politically charged resistance to masks and social distancing, reports Montana Free Press."

"Quarantined at her official residence, Gov. Michelle Lujan Grisham warned Thursday that New Mexico is in danger of having to tighten business and school restrictions as a new wave of coronavirus infections explodes throughout the state," reports the Albuquerque Journal. "Lujan Grisham also warned that New Mexico could become the nation's next virus 'epicenter' unless residents take steps to slow the spread of COVID-19, such as limiting their outings and wearing a face mask in all public settings." "We are at extreme risk of uncontrollable spread," Lujan Grisham said.

The virus is impacting communities big and small. "The Stanly County Board of Education announced they will go fully remote for two weeks in an emergency meeting called to order on Saturday morning," reports MyFox8. "The move comes following the death of a teacher in the school system, Julie Davis of Norwood Elementary. Board members made a point to note that officials believe Davis did not contract the virus from within the school, rather from an outside source."

Cases Jumped More Than 50% in Tennessee

No one is safe. "Lonnie Norman, the mayor of Manchester, Tennessee, has died after being hospitalized earlier in the month with the coronavirus," reports WJHL. "The City of Manchester announced the passing of Mayor Norman early Monday morning, stating he died 'after a valiant fight against COVID-19.'" Before he died, Norman shared words worth remembering: "It's only through community and state-wide actions that we will be able to slow the spread of the virus."

RELATED: I'm a Doctor and This Vitamin May Reduce Your COVID Risk

Cases Jumped More Than 50% in Vermont

Although touted as a "model for the country," Vermont still sees outbreaks with numbers rising. "A coronavirus outbreak at a well-known apple orchard in Vermont has grown by one case to 28, state health officials confirmed Friday," reports MyNBC5. "Officials with Champlain Orchards announced an additional case on Thursday in a Facebook post. Both groups say the new case was confirmed in a worker who was already living in isolation housing." "We reported previously, earlier this week, and continue to say that [the outbreak] is contained to this site," Health Commissioner Mark Levine said. "There is no risk to the public from apples, the workers or the staff."

Where are Cases Dropping? Only in Three States 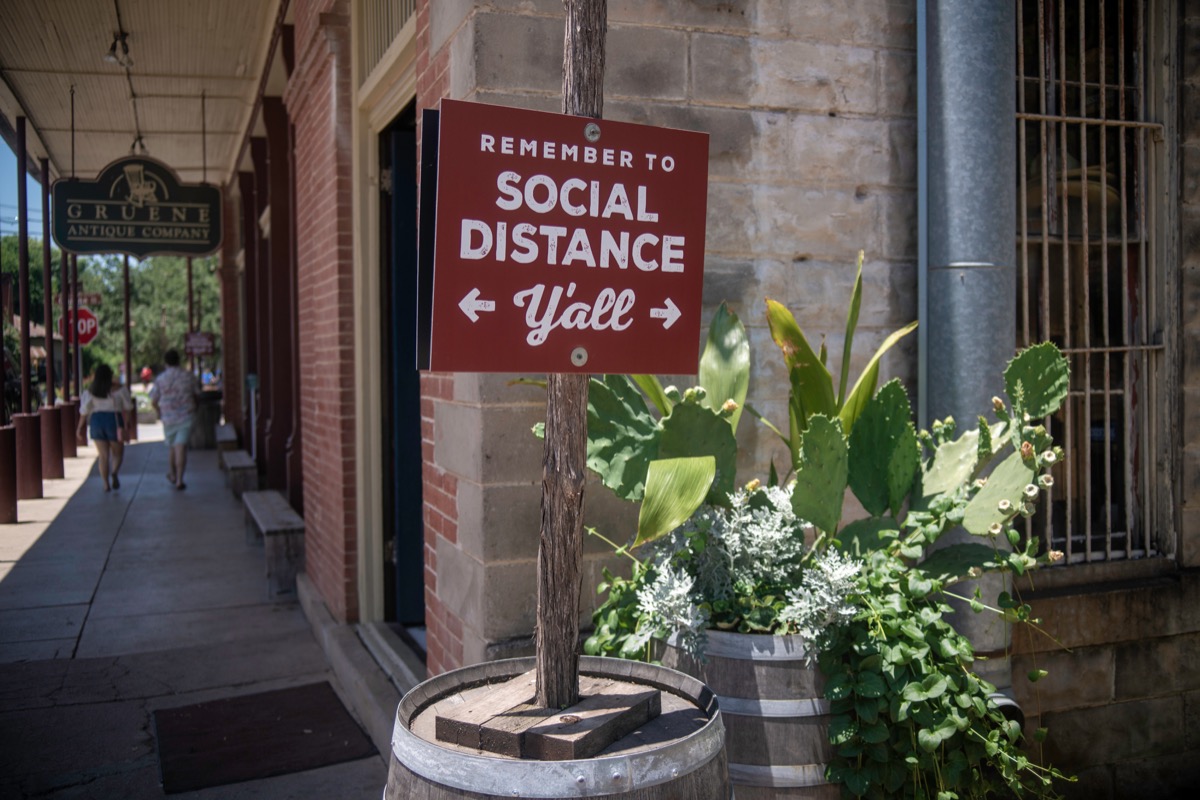 "Health experts warned over the weekend that the US could have a surge in coronavirus cases and deaths in the coming months, adding to the more than 7.7 million cases and 214,764 deaths on record," reports CNN. "Only Maine, Texas and Washington are reporting fewer new daily cases on average from last week. The number of new cases is holding steady in 16 states: Alabama, Arkansas, California, Connecticut, Delaware, Georgia, Hawaii, Kansas, Louisiana, Maryland, Massachusetts, Nevada, New Hampshire, New York, South Carolina and Wisconsin." As for yourself, no matter where you live, to get through this pandemic at your healthiest, don't miss these 35 Places You're Most Likely to Catch COVID.