Some of the most epic fast-food fails of all time, straight from our readers.

Food always seems to taste better when someone makes it for you. But we all know that lately, some restaurants—chains and local—have faced challenges in serving your food the way you might expect. To ring in Halloween weekend with a scream, we asked you to share your most frightening restaurant experiences gone wrong… and you did not disappoint with these cringey, ghastly tales.

This week, we put a challenge out to Eat This, Not That! social media followers: "It's that spooky time of year. If you have a fast food or other restaurant horror story, share the gory details here!" Here are the terrors, as readers told them all in good fun.

A Bone to Pick

One Facebook follower kicked us off by revealing a rather toothsome McDonald's experience: "Found a bone in a McNugget once."

Another Facebook follower reported, "My husband had a cartridge of staples in his salad at Friendly's several years ago. He spit it out and thankful he didn't swallow it."

OK, that's a little scary. How did the restaurant resolve it? The user said, "They gave us a bunch of coupons."

RELATED: The #1 Worst Omelette You Can Order at 5 Popular Breakfast Chains 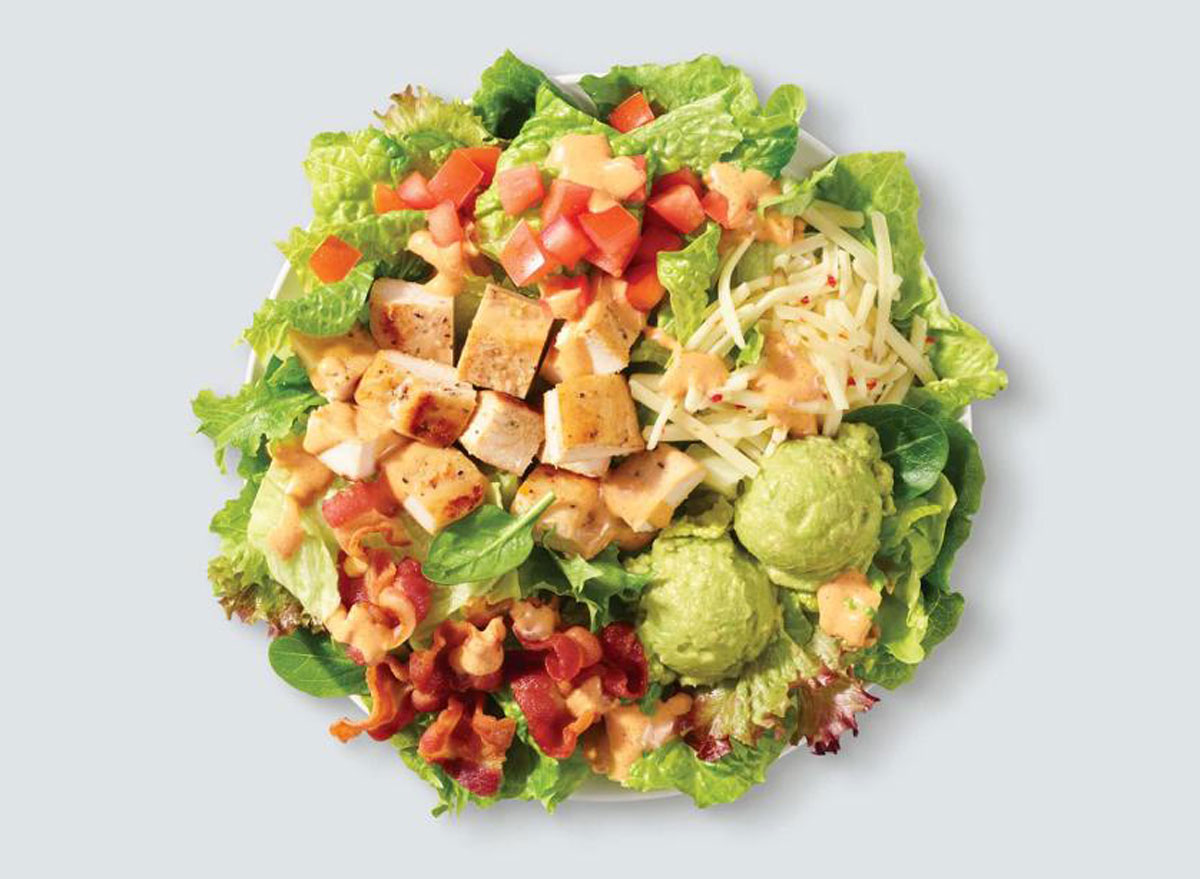 "1/2 of a cockroach in a Wendy's salad," another reported, adding: "…always wondered where the other half went…"

One shared a memory that had legs and still, well, seems to bug them: "Several years ago I went to a chain restaurant. I ordered a meal with a piece of skinless chicken breast . . . there was a long very skinny line coming from underneath the chicken breast. I lifted the chicken breast with my fork and a spider was smashed to the bottom of it."

Meanwhile, an even more lethal insect encounter from an Arizona follower on the serving side of a situation: "I mistakenly once served a lady a lively praying mantis in her dinner salad at a Oregon Shari's Restaurant. She politely summoned me over, and ask what it was. He had hid claws up ready to fight. I took the salad. My boss said 'is she complaining'? 'No' I said. Just take it out and return her salad. I reluctantly did as told. I secretly released the mantis who narrowly escaped death in a meadow out back."

Emojis don't exist for the way we feel about this story.

It's Called "Sneeze Glass" for a Reason

That glass separator between you and the Chipotle counter has a name—in the industry, it's known as a "sneeze glass," and one follower claims they learned exactly why that's the case. "We walked into Chipotle, we were starving. There was a long line . . . during the wait, an employee sneezed loudly where they were preparing food, without covering their mouth. So the person I was with told the sneezing food worker they shoud cover their mouth when they sneeze, they just shrugged like they didnt care.

"There was no way we could order food there," this user shared, adding they haven't gone back since.

If you, on the other hand, still love Chipotle, stay ahead of the nutrition facts with the #1 Worst Burrito to Order at Chipotle. 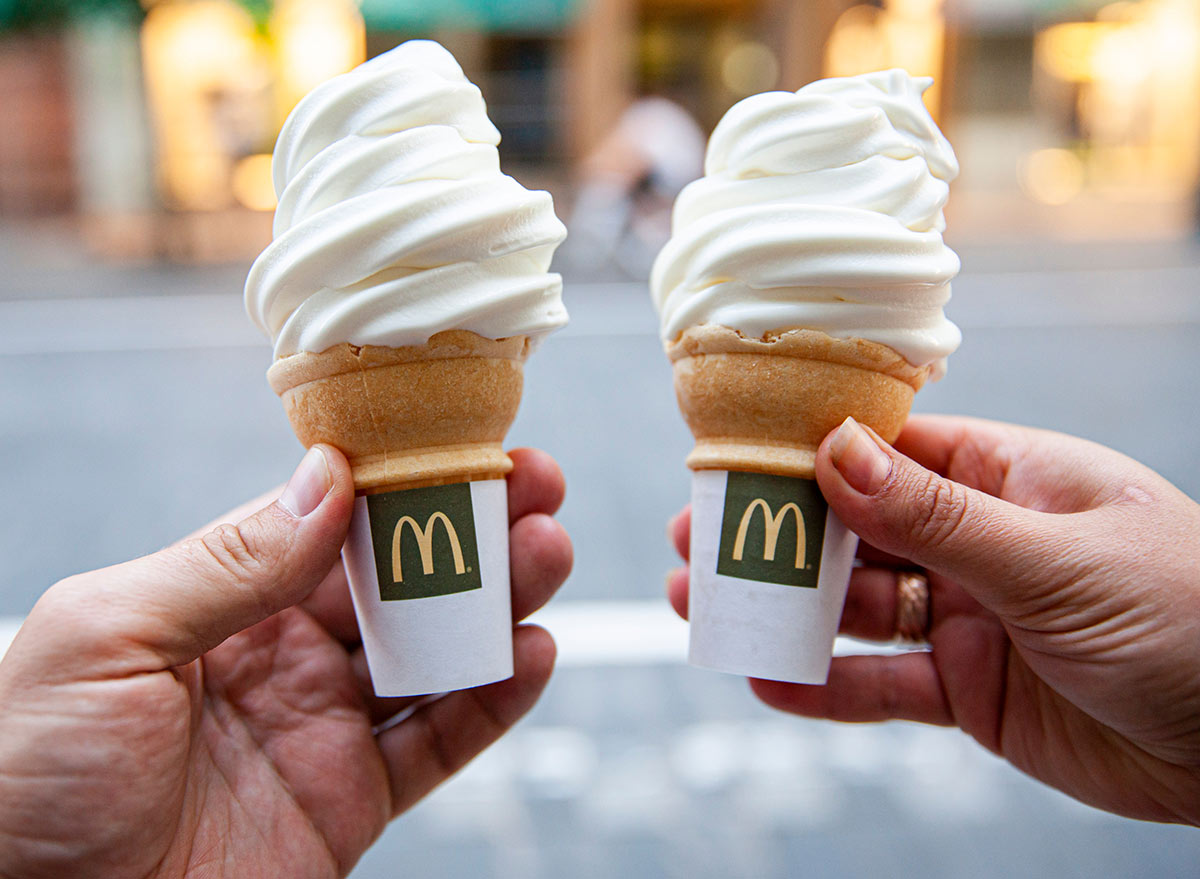 "Everytime the icecream machine at McDonald's is down," said one user.

This definitely sounds like it's a thing—read There's New Legal Drama Around McDonald's Soft Serve Machines. 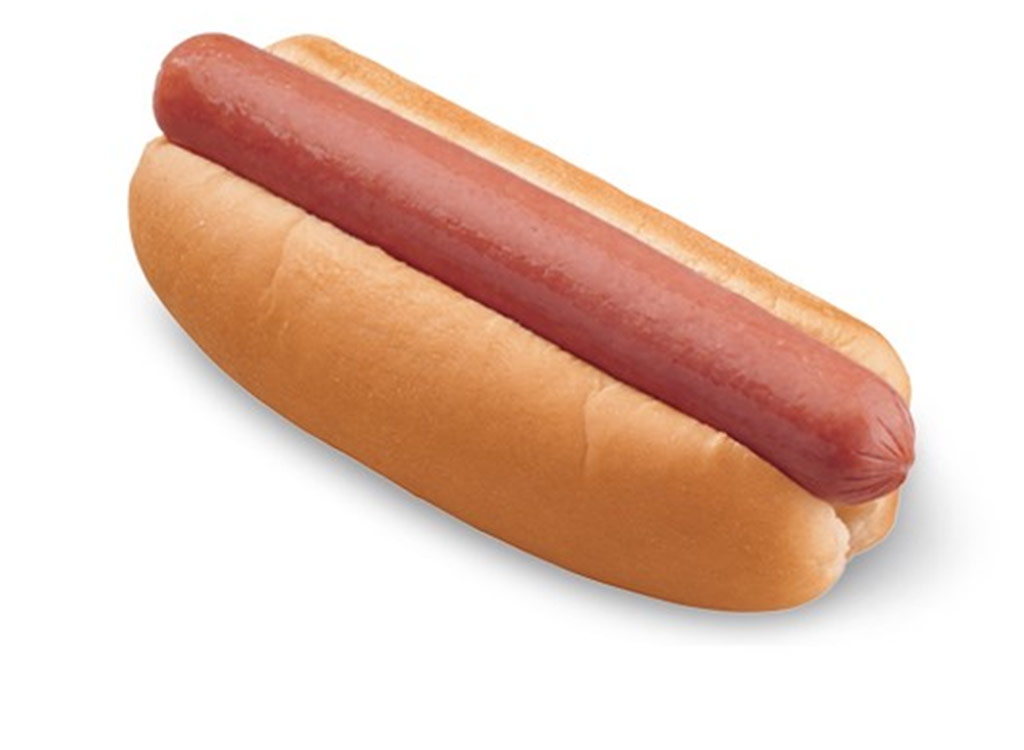 Another account from a former food service employee: "Dq as a teen, first day, owner dropped a hot dog on the floor, washed and rinsed it in the triple sink, put it back on the grill."

Chicken is known to be one of the most common sources of food poisoning, as a couple of commenters have learned for themselves. "We ( family ) went to IKEA," said one. "Got food from their restaurant . My husband chicken was completely raw in the middle . Let them know . They ( workers ) did not care . Ended up in the E R with my husband being really sick . Have never ate there again . Management did not care either . Won't shop there either ."

Another shared: "Food poisoning from a Wendy's chicken sandwich…20 years ago. I still remember it like it was yesterday."

"I worked at Carls Jr in high school," another said. "A coworker slipped and fell, her entire arm into the fryer. Peeled her skin back like a banana. The skin that didn't melt, that is!" Ouch.

Meanwhile, a one-time restaurant worker struggled with cleanliness standards: "Worked in a seafood resturant. We used the same cloth wipe to 'clean' the tables for a week. Owner would not let us use paper towels or even change out old rag daily."

In a… seafood restaurant.

We Said "No Meat"

A Taco Bell customer reported disappointment over an important dietary restriction. "we don't eat meat," they said. "came home . . . and one of my sons favorite taco Doritos loccos taco . . . had meat in it."

Gag trigger warning! Twitter user @shakkyshawn shared, "One time I ordered a Calzone and in the first bite I pulled put a few strings of hair mixed in with cheese. I gagged and my night was ruined. I haven't ordered a Calzone in ten years because of it."

On that note? May your only frights this weekend involve scary movies and trick-or-treaters. Thanks to our followers who shared these stories. Sign up for our newsletter, and email [email protected] if you've got your own restaurant revelation to share.

Krissy Gasbarre
Krissy is a senior news editor at Eat This, Not That!, managing morning and weekend news related to nutrition, wellness, restaurants and groceries (with a focus on beverages), and more. Read more about Krissy
Filed Under
Fast Food // food safety // News // Restaurant Chains // Restaurants