This National Chicken Wing Chain Is Preparing to Quadruple in Size

With 85% of their business as takeout orders, they're hustling hard to get you in-store.

The mighty chicken wing is a beloved customer draw at many American restaurants. However, one rising chicken wing chain with locations in 21 states has identified a major gap in the market—and it's gearing up to fill it in a very innovative way.

Wing Zone, a chain that was inspired in the early 1990s by late-night snacking woes when its founders were at the University of Florida, is a brand that's grown to host 61 locations in six countries. In January of this year, it was acquired by Capriotti's Sandwich Shop. And now, with pandemic-induced chicken wing shortages demonstrating how customers consider wings a perfect food to enjoy at home, the new Wing Zone executive team is working to position the brand a little differently than most other chains.

"Wings are getting bigger as an everyday product, rather than just a party food," chief development and operating officer, David Bloom, told National Restaurant News. As a result, the brand is targeting aggressive growth in the next four years and is currently in the process of unveiling a fresh new look and feel.

Keep reading for more on how Wing Zone plans to up the chicken wing game. And for more, don't miss America's Second-Biggest Burger Chain Is Making a Major Upgrade to Its Fries.

Wing Zone's revamp will focus on speed of service.

Wing Zone wants to become known for satisfying your chicken wing fix—fast. NRN reports they've implemented a new cooking process, wherein they pre-bake the wings before frying them to reduce the cooking time.

As part of the re-branding, they're also installing cubbies so you (or your delivery driver) can grab your order and go.

Like delivery? Sign up for the Eat This, Not That! newsletter for food news to show up in your inbox every day.

It will also amp up the atmosphere.

Even though Wing Zone is working to deliver on a faster takeout experience, the chain has also invested in elevating your dine-in experience. As soon as you walk into a newly-designed Wing Zone, NRN says you may notice the aromas of red pepper and citrus, which will be piped into the air—both to stimulate your taste buds and to neutralize the smell of frier fumes (so you're more likely to stick around).

The brand also commissioned an international DJ to develop playlists that will keep the scene feeling high-energy—including when Wing Zone staff (who will wear new sports-inspired uniforms) are doing their prep work before open hours.

Wing Zone wants to quadruple its business by 2025. 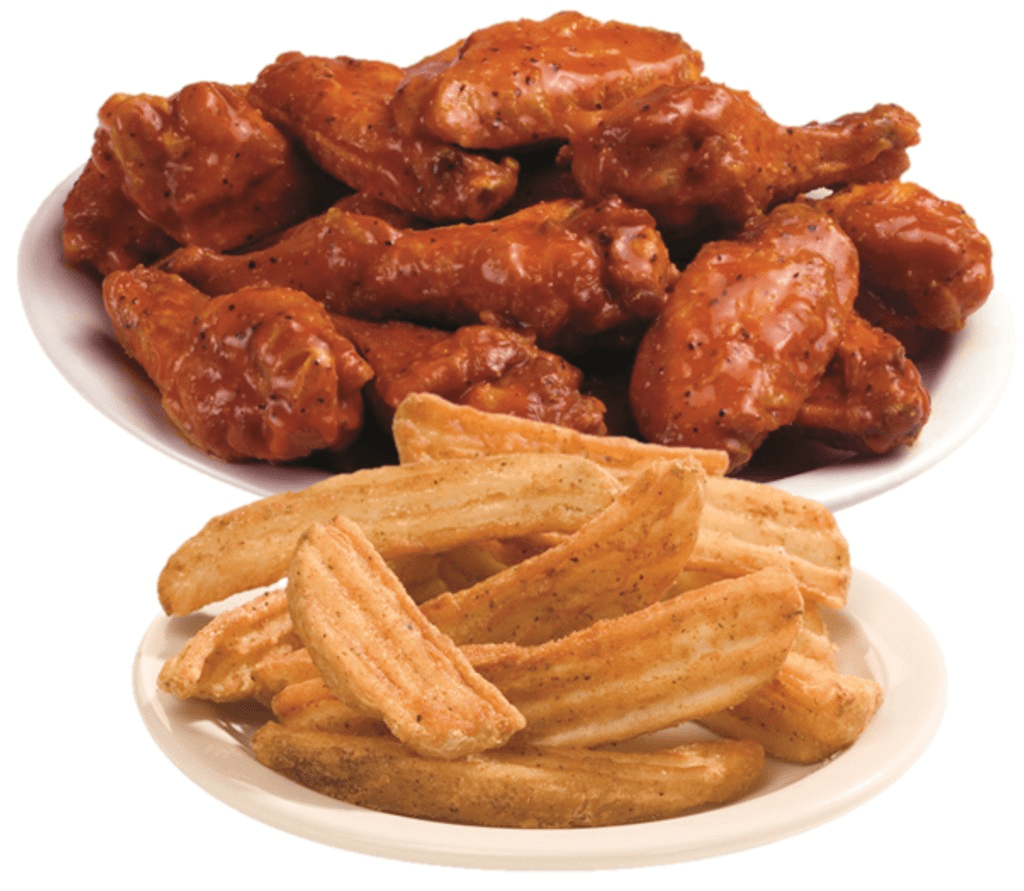 NRN reports that Wing Zone currently has 61 locations, with half of those in the U.S. (The brand says international locations currently exist in Guatemala, Panama, the Philippines, Malaysia, and Singapore.) As part of their strategic planning, Wing Zone says they're now looking to reach 250 units by 2025.

RELATED: This Is the World's Most Favorite Beer, New Data Says

The chain is already well on its way.

Wing Zone's expansion plans may not be out of reach. At the moment, the chain is slated to open five Las Vegas area restaurants in 2022, with a total of 38 new U.S. franchise locations officially on deck.

In comparison, Hooters—one of the most iconic sports bar and wing chains in history—is said to be losing its luster with customers. So, it appears there could be space in the market for Wing Zone to elbow its way in.

Krissy Gasbarre
Krissy is a senior news editor at Eat This, Not That!, managing morning and weekend news related to nutrition, wellness, restaurants and groceries (with a focus on beverages), and more. Read more about Krissy
Filed Under
Chicken // Fast Food // News // Restaurant Chains // Restaurants