Here's Why Popeyes Almost Disappeared From the Fast-Food Scene

In the late '80s, the company made a really bad decision.

Popeyes is currently one of the most popular and profitable fast-food brands in America, but that wasn't always the case. After making a name for itself with spicy fried chicken, the company made a bad business decision—one that nearly destroyed Popeyes before it had the chance to change the world of fast food.

For more, check out This Popular Grocery Giant Is On a Downward Spiral and Losing Customers.

From donuts to fried chicken

Popeyes was founded by Al Copeland in 1972, a young New Orleans donut shop entrepreneur who realized fried chicken may be the more profitable fast-food business. Copeland modeled the idea for Popeyes after KFC's success in the 1970s, when the chicken chain absolutely dominated the market and saw high sales returns.

Spice was at the heart of Popeyes early success

In order to differentiate Popeyes from KFC and to give it a strong hometown identity, Copeland decided to infuse its chicken with the Cajun flavor we know and love them for today. Popeyes went from serving bland chicken under a different name to adding some heat to the spice mixture and becoming the Popeyes. And it worked—by the mid-1970s the chain was making a name for itself and had begun franchising.

By the 1980s, the Popeyes you know and love was expanding

By the early '80s, Popeyes had that recognizable brand identity you know and love today, complete with the long-lasting slogan "love that chicken" and its groundbreaking buttermilk biscuits. By 1985, its footprint reached 500+ nationwide restaurants.

Then came the worst move in Popeyes' history

In the 1980s, the pecking order of fried chicken chains was as follows: KFC was absolutely dominating the market, while Church's and Popeyes were fairly equal, both claiming a much smaller market share in second and third place respectively.

Then in a sudden move that surprised many, Al Copeland of Popeyes decided to purchase its competitor Church's in a deal worth almost $400 million. While Church's didn't want to be purchased by the smaller Popeyes, the struggling company eventually agreed to the merger and the two chicken players became one in 1989.

However, the move was one of the worst business decisions in Popeyes' history, one that precipitated the company's bankruptcy filing in 1991 and almost caused the brand to disappear for good. Church's was a struggling brand when it was purchased, and the deal cost Popeyes so much money that the debt and the interest just got to be too much.

America's Favorite Chicken to the rescue 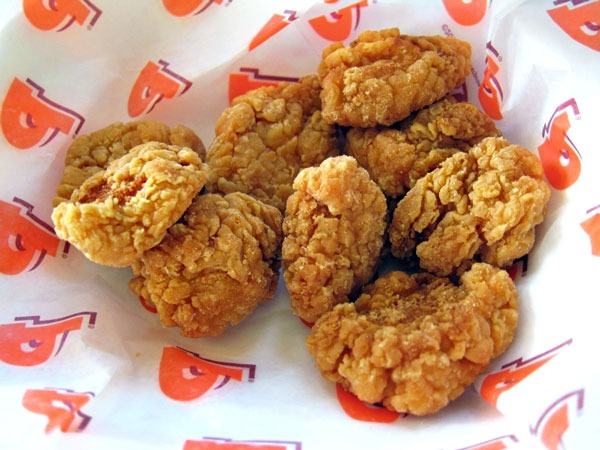 Luckily for Popeyes the brand, the two chains were acquired out of bankruptcy by the Canadian Imperial Bank of Commerce. The bank established parent company America's Favorite Chicken (AFC) that was now in charge of both the Church's and Popeyes chicken empires—effectively saving them from disappearing. Eventually, Church's was sold off a few years later and Popeyes remained the company's greatest focus.

Meanwhile, Copeland retained the rights to Popeyes recipes and licensed their use to AFC from 1992 to 2014 for $3.1 million annually. In 2014, AFC bought the secret spice mix ratio for $43 million. 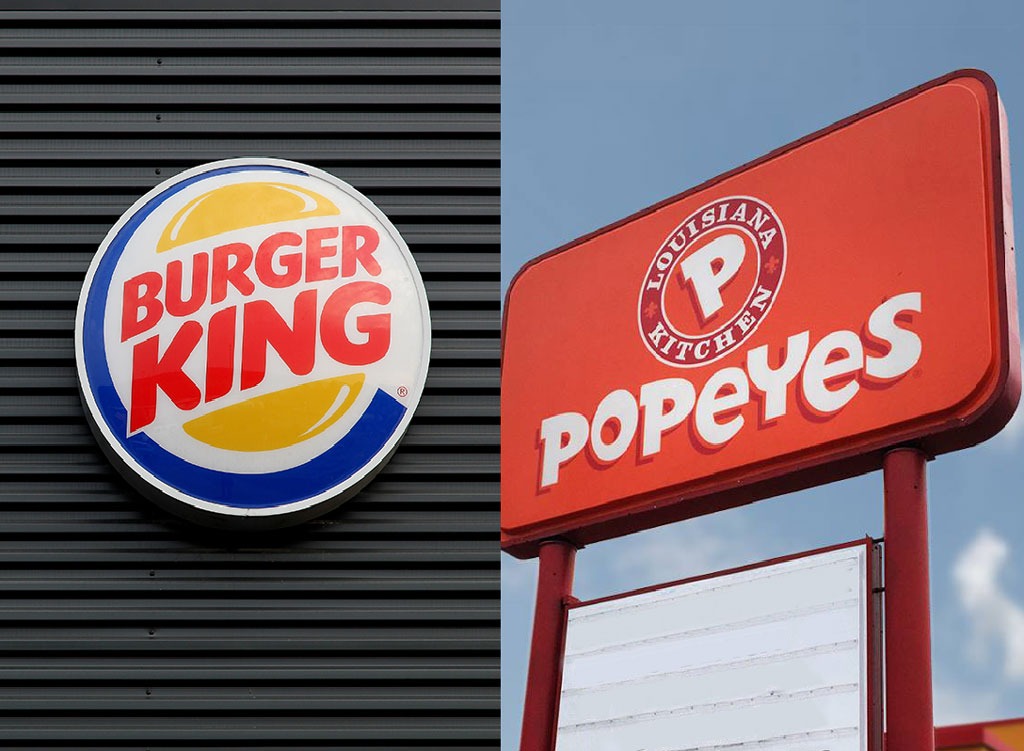 In 2017, a new era began at Popeyes. The chain was acquired by mega-company Restaurant Brands International, the owner of Burger King and Tim Horton's, for an estimated $1.8 billion. Since then, the chain has added a huge number of locations and has launched its now-iconic Fried Chicken Sandwich.