Here’s what to expect next for COVID-19.

Cases of COVID-19 are once again on the rise in the United States, but how worried should we be? Dr. Michael Osterholm, Director of the Center for Infectious Disease Research and Policy at the University of Minnesota, explains what to expect next with the COVID-19 pandemic (and specifically new variants) on an episode of The Osterholm Update. Read on—and to ensure your health and the health of others, don't miss these Sure Signs You've Already Had COVID.

The Pandemic Has Been Terrible For At-Risk Youth

"When specifically looking at adolescents experiencing a mental health crisis, more than one in three high school students experienced poor mental health during the pandemic," says Dr. Osterholm. "And nearly half of the students felt persistently sad or hopeless. If you look more than half of the students experienced emotional abuse in the home, and more than 10% reported physical abuse in the home. Lesbian, gay and bisexual students were far more likely to report physical abuse, with 20% reporting that they had been physically abused by a parent or other adult in their home, compared to 10% of heterosexual students. Black students were more likely to report hunger, with nearly a third reporting there was not enough food in the home during the pandemic… Everything that we do know tells us the pandemic was in fact, a major reason for the increases that we see in this area."

"Seeing these daily updates of new cases popping up in so many different parts of the country just highlights what they're up against," says Dr. Osterholm. "I've likened it to a high stakes game of whack-a-mole. And while that's still the case with Omicron, it all almost feels like…someone just really sped up the game. I have to say that China's response to the outbreak in Beijing, at least as of right now, doesn't offer up any signal that the country wants to acknowledge this position relative to this virus. At least not publicly. Instead, I think their response really just lends support to the notion that they're quite faithfully committed to their pursuit of zero-COVID." 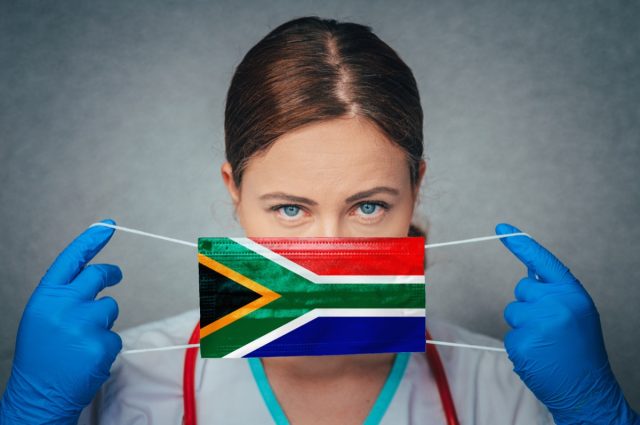 "With BA.4  and BA.5 in South Africa, let's take a look at some of the numbers being reported out of South Africa over the past couple of weeks," says Dr. Osterholm. "It's clear that something is going on there right now… Since April 13th, cases in the country have been back on the rise. And as of this Tuesday, the daily average has climbed to 3,250 cases a day, more than doubling in a week's time…It's still a little too early to know exactly what is giving BA.4 and BA.5 this advantage in South Africa, as I mentioned last week, these sublineages do contain some mutations that have been previously associated with additional immune evasion. And that surely could be playing a role, especially when you consider the number of individuals in South Africa who are very likely previously infected, but have yet to receive a vaccine."

Cases In the U.S. Are Up… But Don't Panic

"Overall, the U.S. hospitalization rate is about five per hundred thousand," says Dr. Osterholm. "Now to give you some sense of what I'm talking about, during the peak of Omicron in the United States, we were talking about 159,000 people being hospitalized at any one time. On April 17th, we're talking about 13,000, and now this past Tuesday, 15,600. So I think you can see that the numbers, even with some increase, are still very, very low compared to just what we saw a few months ago. And we mustn't forget that when we talk about some numbers doubling or tripling. Even though cases and hospitalizations are up, deaths are still continuing to decrease, down 32% compared to two weeks ago, with an average of 363 daily deaths. 15 states have seen increases in the last seven days, an average of daily deaths for a hundred thousand residents. But these numbers are also very, very low."

Should I Get a Second Booster?

"I want to make sure that my take-home message is very clear: I fully encourage everyone who is currently eligible to receive a second booster to do so," says Dr. Osterholm. "There's plenty of evidence showing that these additional doses are safe. And though waning immunity is a challenge. it may be much more so in terms of clinical illness, not in terms of protection against hospitalizations and deaths. There, it appears that these boosters can play an important role. I have received my second, a booster dose, and I'm encouraging other people in my life that are eligible to do the same thing."

How to Stay Safe Out There

Follow the public health fundamentals and help end this pandemic, no matter where you live—get vaccinated or boosted ASAP; if you live in an area with low vaccination rates, wear an N95 face mask, don't travel, social distance, avoid large crowds, don't go indoors with people you're not sheltering with (especially in bars), practice good hand hygiene, and to protect your life and the lives of others, don't visit any of these 35 Places You're Most Likely to Catch COVID.