This One Ingredient in 1,250 Snack Foods May Harm Your Immune System, New Study Says

Don't let a Pop-Tart's sweetness fool you, according to a shocking new study by Environmental Working Group.

Warning: You may want to put down that pack of Brown Sugar Cinnamon Pop-Tarts.

According to a new peer-reviewed study published in the International Journal of Environmental Research and Public Health from the Environmental Working Group (EWG), a food preservative found in nearly 1,250 snack foods may cause injury to your immune system.

The preservative under fire is tert-butylhydroquinone, more commonly known as TBHQ, which is used in many of your favorite snacks, including Pop-Tarts, Rice Krispies Treats, and Cheez-Its to prolong their shelf life. In both animal and non-animal tests (called high-throughput in vitro toxicology testing), TBHQ was shown to tamper with immune function.

TBHQ has long been used in processed foods, however, the EWG just recently found that TBHQ affects immune cell proteins at doses that are similar to those that cause harm in traditional studies.

"The pandemic has focused public and scientific attention on environmental factors that can impact the immune system," said Olga Naidenko, Ph.D., vice president for science investigations at EWG and lead author of the new study in a statement. "Before the pandemic, chemicals that may harm the immune system's defense against infection or cancer did not receive sufficient attention from public health agencies. To protect public health, this must change."

Other studies have even indicated that TBHQ may negatively influence the efficacy of flu vaccinations and could even play a role in recent the rise of food allergies among Americans.

In the book, A Consumer's Dictionary of Food Additives, author Ruth Winter, MS, explains that TBHQ contains petroleum-derived butane, a chemical compound that occurs in natural gas and in crude oil, and is either used alone or in tandem with other preservatives, such as BHA or BHT.

"The FDA said that TBHQ must not exceed 0.02% of its oil and fat content," Winter writes. "Death has occurred from the ingestion of as little as 5 grams."

While it's extremely unlikely you would ever consume a lethal amount of 5 grams of TBHQ from food alone, even a little bit of the stuff can silently be wreaking havoc on your immune system. Still, it's important to note that this most recent study was not conducted on humans.

"To our knowledge, there have been no epidemiological studies conducted yet to examine the impacts of TBHQ in people," Naidenko tells Eat This, Not That! "Such studies are important and should be done, given that TBHQ is found in hundreds of food products."

While it may be hard to avoid packaged and processed foods entirely, this study may give reason to further limit your consumption of these types of foods.

"Sometimes, with busy lives, families and individuals will turn to packaged foods. EWG generally recommends avoiding such products when possible, and not just because of TBHQ, but also because of added salt, sugar, processed fats, and various other food additives that packaged, long-shelf-life foods typically have," Naidenko says.

Pop-Tarts are the first snack food mentioned in the study. Instead, try BoBo's TOASTEeR Pastries for breakfast to get your fix, but without all of the harmful preservatives. 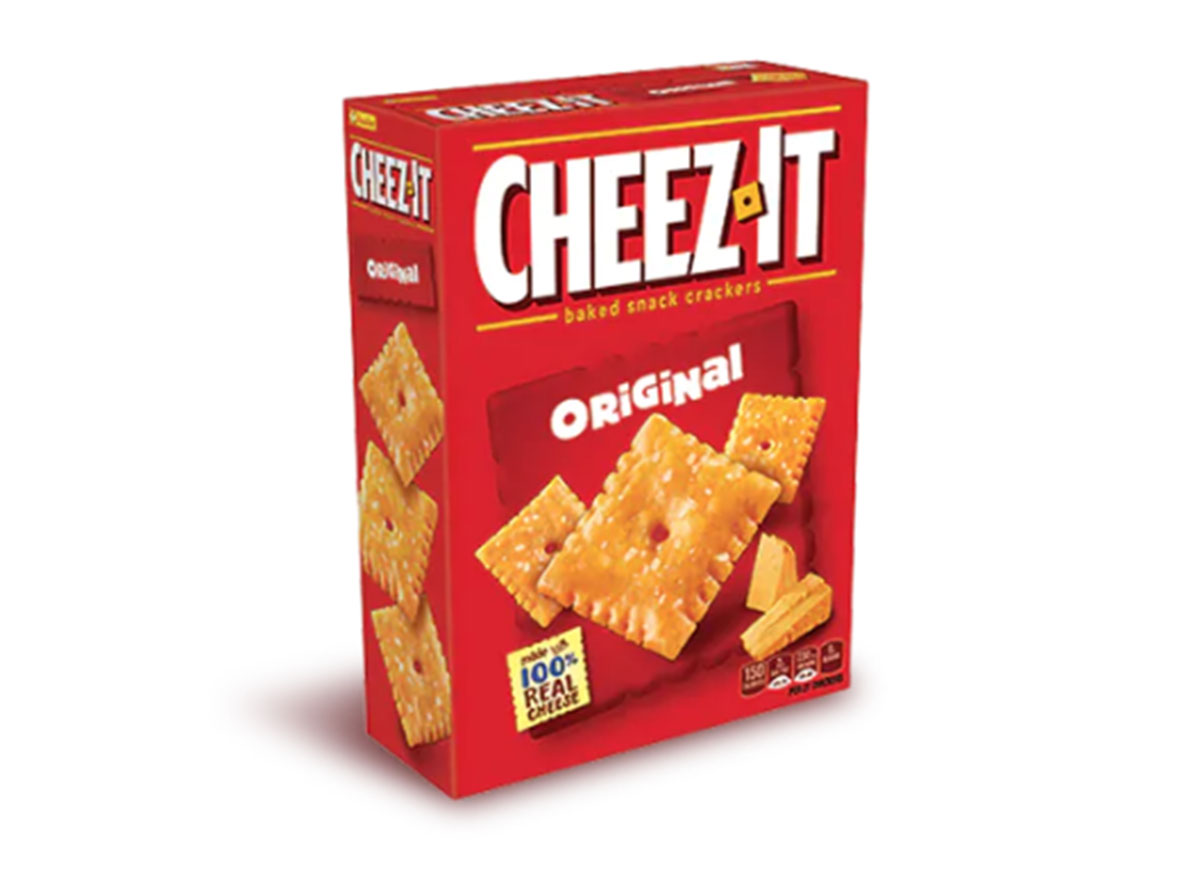 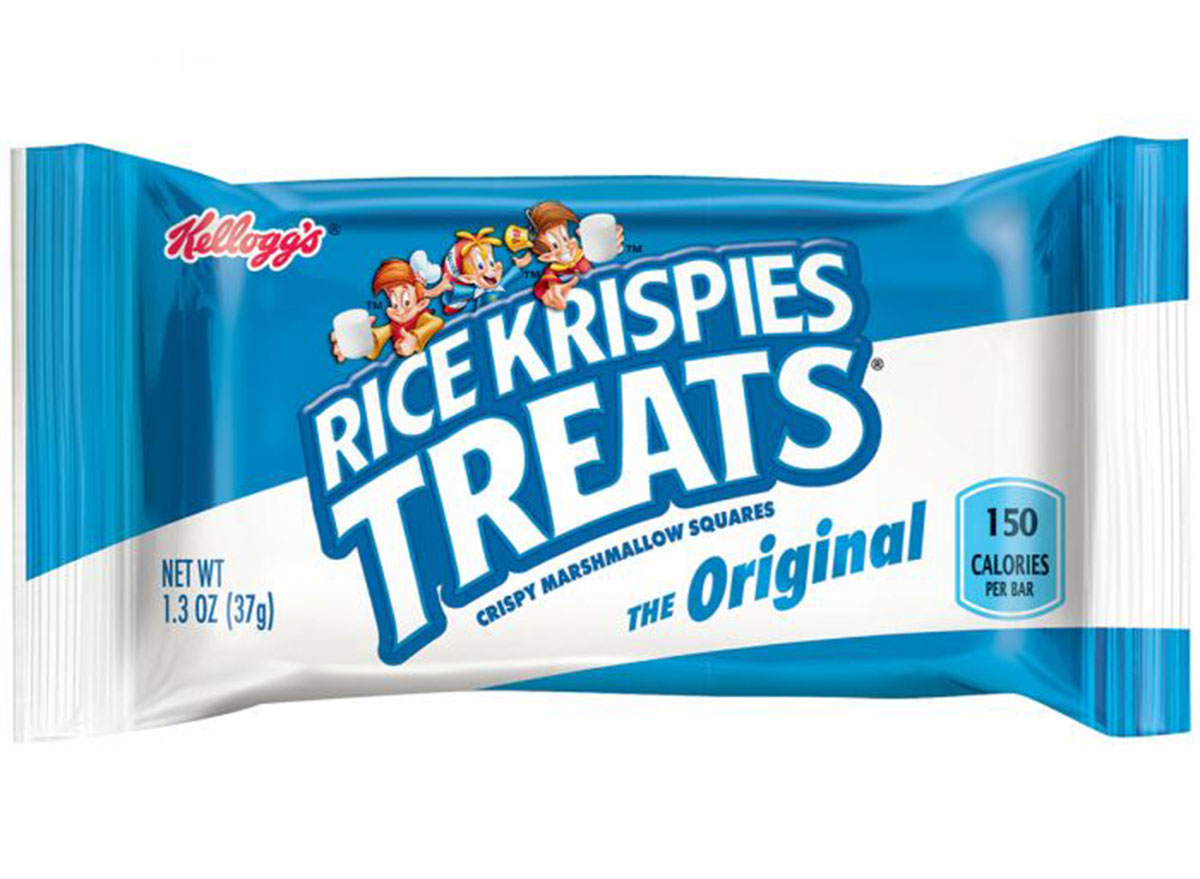 The soft, marshmallowy treat contains TBHQ as well as added sugars and corn syrup. You're doing your body a favor by passing on this snack. Instead, consider trying Made Good Organic Vanilla Crispy Squares!

According to Ingredient Inspector, before Hershey took ownership of Reese's Peanut Butter Cups, the chocolate treat was made with cane sugar and contained no chemical preservatives. Now, the candy contains TBHQ among other man-man ingredients used to help prolong its shelf-life such as PGPR—an emulsifying agent that's cheaper that's a cheaper alternative to cocoa butter.

Opt for Little Secrets Peanut Butter Dark Chocolate candy pieces instead to dodge these two preservatives and others.

For more, be sure to check out These Are the 12 Dirtiest Foods on Grocery Store Shelves, According to an Expert.