This Can Make You Appear "Less Attractive," Says Science

Things that can make someone perceive you as less attractive.

Not everything is about appearance and while beauty is in the eye of the beholder, there's several things that could cause someone to perceive you as less attractive, according to science. Some directly have to do with personality traits while others are bad habits that can be hard to kick. Read on—and to ensure your health and the health of others, don't miss these Sure Signs You've Already Had COVID.

Emily Simonian, a Licensed Marriage and Family Therapist and Head of Clinical Learning at Thriveworks says, "To better understand features that are less attractive, let's define a few features that are typically thought of as attractive: Giving others grace, being honest, having self-confidence, being a good listener, being kind, being inspiring, being fun, smart, or funny, and any other features that result in others feeling like they want to spend time with you, and are emotionally safe around you. It's also important to note that the following 'less attractive' traits show up in everyone from time to time, but when they show up consistently in others, that's when they become 'unattractive'—read on."

Not Getting Enough Sleep

Someone telling you how tired you look, might be worse than it sounds. According to a 2017 study, "Recent findings show that acute sleep deprivation and looking tired are related to decreased attractiveness and health, as perceived by others. This suggests that one might also avoid contact with sleep-deprived, or sleepy-looking, individuals, as a strategy to reduce health risk and poor interactions. In this study, 25 participants (14 females, age range 18–47 years) were photographed after 2 days of sleep restriction and after normal sleep, in a balanced design. The photographs were rated by 122 raters (65 females, age range 18–65 years) on how much they would like to socialize with the participants. They also rated participants' attractiveness, health, sleepiness and trustworthiness. The results show that raters were less inclined to socialize with individuals who had gotten insufficient sleep. Furthermore, when sleep-restricted, participants were perceived as less attractive, less healthy and more sleepy. There was no difference in perceived trustworthiness. These findings suggest that naturalistic sleep loss can be detected in a face and that people are less inclined to interact with a sleep-deprived individual."

Po-Chang Hsu, Doctor of Medicine (MD) and a Medical Content Expert at SleepingOcean.com adds, "Most people are aware of the negative health outcomes sleep deprivation can lead to. But not many know that lack of sleep can affect how other people perceive us. Research suggests that looking tired from sleep deprivation is linked to reduced attractiveness. People are less likely to interact with someone who looks sleepy or exhausted. And it's not even about looks. When seeing a sleep-deprived person, the brain will try to avoid them to prevent a potentially unpleasant interaction (in other words, to avoid something that may cause stress)."

Being Overly Critical of Others

Simonian explains, "When we observe someone being critical of others, we innately feel emotionally unsafe around them because we wonder 'are they going to be critical of me, too?' Being on the receiving end of criticism never feels good, so when we experience someone as overly critical, they can seem harsh or cruel. Being kind and gracious toward others is universally attractive, while being unjustly critical on a consistent basis is not. On a subconscious level, we feel more attracted to those we deem as "safe" because we can be ourselves and be vulnerable with them. "

We all know that stress can seriously affect our overall health and well-being, but according to a 2013 study, "men judge women with high levels of a stress hormone less attractive."

Being Overly Critical of Yourself 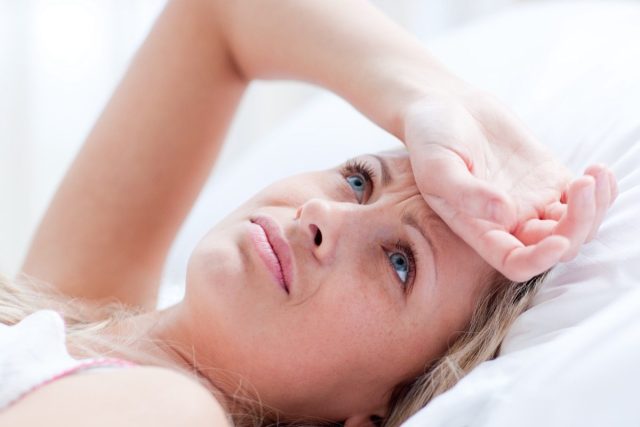 "Most people agree that confidence is attractive," Simonian states. "Our attraction to confidence can be traced back to survival instincts–we want to be around others that are thriving, especially mentally and emotionally. Being overly critical of yourself communicates a message to others: I'm uncomfortable in my own mind and body. We gravitate toward those that are comfortable with themselves because it makes us feel more relaxed around them, and maybe even inspired by them."

According to Simonian, "When someone constantly seems to push-back even over the smallest things, we get exasperated and emotionally drained pretty quickly. That's because argumentative traits like defensiveness, the need to be right, and the need to control are divisive and leave us feeling misunderstood, frustrated, and invalidated if we're on the receiving end. When you experience someone as being argumentative, the knee-jerk reaction is to fight or flee, and there's nothing attractive about being in disagreements or having to disengage from others. We're relational beings that are wired to connect and uplift each other for optimal psychological functioning, which is why most of us are attracted to people we feel are easy-going and flexible rather than argumentative or controlling."

Being Mean or Angry

According to Dr. Hsu, "A bad mood can result from many health-related aspects – poor sleep, stress, pain, mental issues, etc. Interestingly enough, a negative attitude affects how our faces look to other people. Research suggests that facial attractiveness heavily depends on personality, and people who seem mean or angry are usually considered less attractive physically."

"Being dishonest results in mistrust", emphasizes Simonian. "When we're around people that engage in even the smallest acts of dishonesty, like telling white lies or embellishing stories, we're wired to take a step back. Again, this goes back to survival instincts–we're going to gravitate toward those that are safe, thriving, and authentic."

People are more likely to find smokers less attractive, according to a 2017 University of Bristol study. The findings state, "Smoking is associated with negative health of skin and increased signs of facial ageing. We aimed to address two questions about smoking and appearance: (1) does facial appearance alone provide an indication of smoking status, and (2) how does smoking affect the attractiveness of faces? We used faces of identical twins discordant for smoking, and prototypes made by averaging the faces of the twins. In Task 1, we presented exemplar twin sets and same sex prototypes side-by-side and participants (n = 590) indicated which face was the smoker. Participants were blind to smoking status. In Task 2 a separate sample (n = 580) indicated which face was more attractive. For the exemplar twin sets, there was inconclusive evidence participants selected the smoking twin as the smoker more often, or selected the non-smoking twin as the more attractive more often. For the prototypes, however, participants clearly selected the smoking prototypes as the smoker more often, and the non-smoking prototypes as the more attractive. Prototypical faces of smokers are judged more attractive and correctly identified as smokers more often than prototypical faces of matched non-smokers. We discuss the possible use of these findings in smoking behaviour change interventions."

Simonian says, "Conversations are transactional and crucial to building and maintaining relationships, so when someone talks but doesn't listen, or isn't fully engaged with us, we subconsciously pull away from them. We feel alone when someone doesn't listen to us because it seems like they don't care about us or what we're saying. We might start viewing them as less attractive because we sense that they're emotionally unavailable."