These 5 States Have Nearly Half of COVID Cases Now

Although in some states it may feel like the coronavirus pandemic is over—with restaurants and bars back in business, and businesses reopened—others are seeing an uptick in cases. "There were about 453,000 new cases in the country in the past seven days," reports CNN, and these states "reported nearly 198,000 of those cases"—making up 43 percent of all cases. Read on to see if your state if one of those with concentrated virus cases—and to ensure your health and the health of others, don't miss these Signs Your Illness is Actually Coronavirus in Disguise.

Michigan Has Seen the Most Drastic Rise in Cases 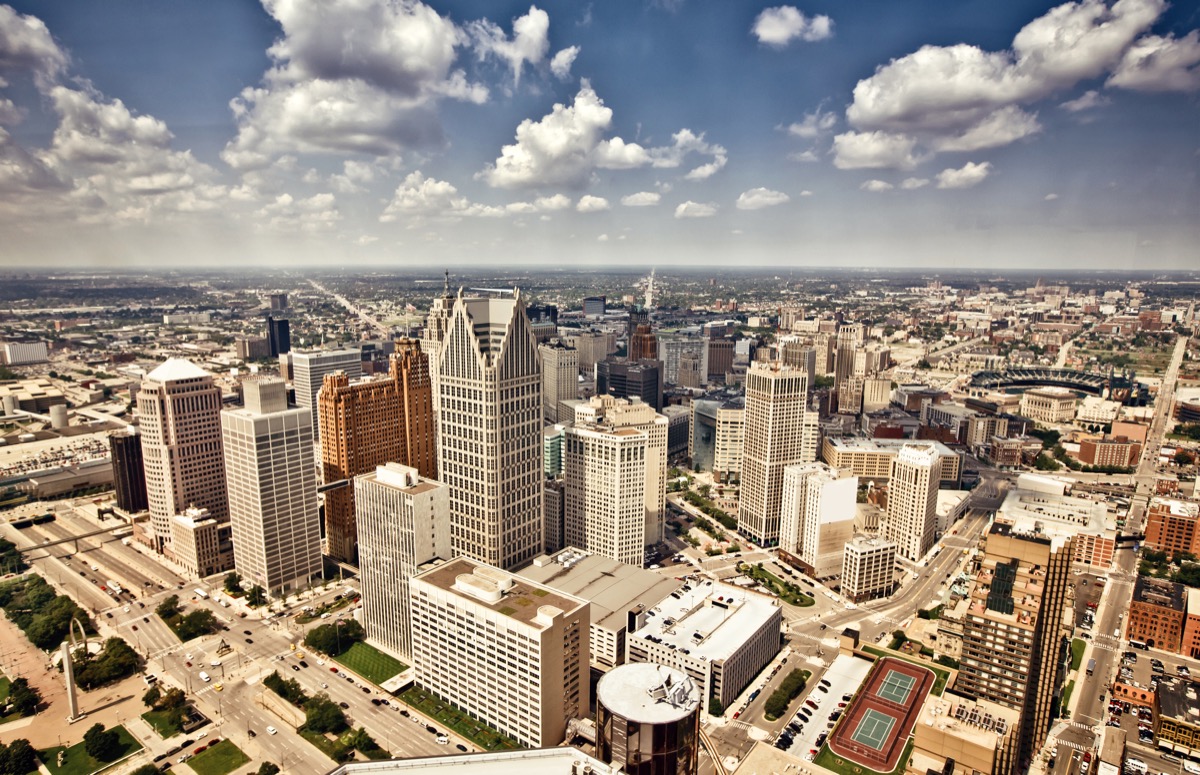 "Michigan has seen the sharpest rise in cases in the last few weeks. B.1.1.7 — the more transmissible and more deadly variant of the coronavirus that was first discovered in the United Kingdom — may now make up around 70 percent of all of the state's new cases, according to the Helix data," reports the New York Times. "The vaccines authorized in the United States are very effective against the B.1.1.7 variant and will significantly slow virus spread once a large share of the population is vaccinated."

New York Has a Homegrown Variant Leading to "Rapid Spread"

"The B.1.526 variant, which first appeared in New York City in samples from November, appears in two forms: one with a mutation that may help the virus evade antibodies and another that may help it bind more tightly to human cells," says the New York Times. "The rapid spread of the B.1.526 variant, which made up more than 40 percent of sequenced cases in New York City as of mid-March, has prompted officials to say they believe it also could be a more infectious strain, though they say it is too early to tell whether it results in a more severe illness."

Florida's cases continue to rise. "Florida's resident death toll from coronavirus rose to 33,674 with the addition of 22 reported fatalities on Sunday while also adding 4,794 more positive COVID-19 cases to bring the total to 2,081,826," reports the Orlando Sentinel. "From Sunday to Sunday, Florida saw 37,821 new cases and 496 newly reported deaths, according to state health department data."

Pennsylvania Has a Variant Problem

"Several states in the Northeast also have among the country's worst outbreaks now," says the Times. "Connecticut, New Jersey and Pennsylvania, among others, are all experiencing marked rises in case counts, and labs have identified both the B.1.1.7 variant and large shares of another variant, B.1.526." "Pennsylvania Department of Health officials on Tuesday expressed concern that demand for testing is decreasing even as cases are on the rise statewide," reports the Pittsburgh Post-Gazette. "Exact numbers on how much testing had declined were not clear, but Lindsey Mauldin, the state's senior adviser on COVID-19 response, said people may have lost focus on the importance of testing as the vaccine effort has ramped up." "We need to redouble efforts to increase the use of testing even as we ramp up the vaccination process," Ms. Mauldin said.

RELATED: Most COVID Patients Did This Before Getting Sick

"Close to half of recent COVID-19 cases in Pennsylvania and New Jersey are due to infection with a more transmissible coronavirus variant first identified in Britain, according to data from one testing company," says the Philadelphia Inquirer. "And the total number of cases continues to climb in both states." Variants are to blame, but the paper also talked to an infectious disease expert: Michael LeVasseur, an assistant professor of epidemiology at Drexel University's Dornsife School of Public Health. "People want to have Party City USA," he told the Inquirer. "They're sort of jumping right in, and that's not how this should work." To stay safe yourself, get vaccinated when it becomes available to you, and to protect your life and the lives of others, don't visit any of these 35 Places You're Most Likely to Catch COVID.

Alek Korab
Alek Korab is a Co-Founder and Managing Editor of the ETNT Health channel on Eat This, Not That! Read more about Alek
Filed Under
Coronavirus // Coronavirus Tips // News // States Guides