If You Live Here, You're in Danger, Virus Expert Warns

These nine states are rising hotspots.

The Delta variant means COVID-19 isn't burning out—it's burning through several US states at near-peak levels, and the rest of the country is at risk, said Dr. Michael Osterholm, an epidemiologist and director of the Center for Infectious Disease Research and Policy at the University of Minnesota, on the latest episode of his podcast. These are nine states he mentioned as rising hotspots. Read on to find out more—and to ensure your health and the health of others, don't miss these Sure Signs You Have "Long" COVID and May Not Even Know It. 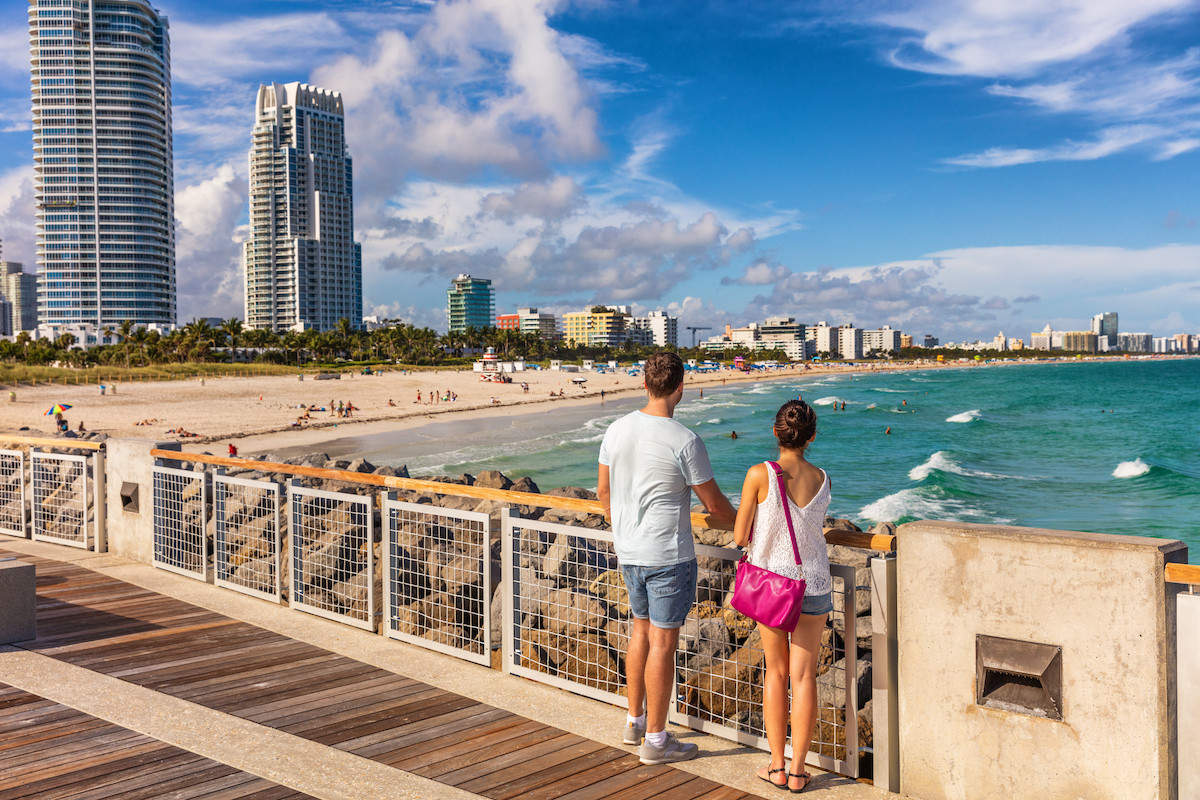 In the last week, "Florida has reported record hospitalizations and deaths," said Osterholm. "A total of 75 doctors held a press conference pleading for residents to get vaccinated as they described their dwindling patients and energy. Recent reports out of Florida indicate that people who are often desperately ill are waiting in line for more than two hours to receive monoclonal antibodies."

"Last week, Texas had at least 89 hospitals without any open ICU beds," said Osterholm. And according to the Houston Chronicle, COVID cases among public school students nearly tripled in a week.

On Sunday, WSB 2 News reported that nearly as many Georgians were hospitalized with COVID in the state as during COVID's January peak. According to New York Times data, the state ranked eighth nationwide in number of cases per 100,000 residents.

Mississippi has the nation's second-highest spread of COVID per 100,000 residents, according to New York Times data; only Florida ranks higher. Hospitals are overwhelmed. "We have reached a failure point," the University of Mississippi medical center's top executive said last week. "The demand has exceeded our resources."

RELATED: I'm a Doctor and Here's How to Not Catch Delta

Now faced with the aftermath of Hurricane Ida, the state's healthcare systems were already stressed because of COVID. On Sunday, Gov. John Bel Edwards told The Associated Press that more than 2,400 COVID-19 patients are hospitalized, saying the state was in a "very dangerous place with our hospitals."

"I hate to say it this way, but we have a lot of people on ventilators today and they don't work without electricity," he said.

RELATED: You're Now Mandated to Wear a Face Mask in These 8 States

"The governor of Arkansas announced that all COVID ICU beds are full across that state," said Osterholm on the podcast. According to the New York Times, only 41% of Arkansas residents are fully vaccinated.

"The state has 1,536 staffed ICU beds, but has reported 1,589 ICU patients. This means that at least 53 ICU patients are being treated in other areas of the hospital," said Osterholm. On Sunday, AL.com reported that 55% of the state's ICU patients have COVID and that 85% of those hospitalized with COVID are unvaccinated. "I don't know how much longer we're going to be able to do this," said Alabama State Health Officer Dr. Scott Harris on Friday. "So much of what we are seeing is preventable."

According to New York Times data, COVID cases in South Dakota and North Dakota have surged 115% and 105%, respectively, in the last 14 days. This comes two weeks after the conclusion of the 10-day Sturgis Motorcycle Rally in South Dakota, which attracted over 500,000 attendees, many mingling in crowded bars unmasked. Last year's rally was called a "super-spreader event." "Cases in the Dakotas have risen sharply over the past two weeks, including in Meade County, which is home to Sturgis," said Osterholm. "We have yet to see the full impact of Sturgis."

And to get through this pandemic at your healthiest, don't miss these 35 Places You're Most Likely to Catch COVID.

Michael Martin
Michael Martin is a New York City-based writer and editor whose health and lifestyle content has also been published on Beachbody and Openfit. A contributing writer for Eat This, Not That!, he has also been published in New York, Architectural Digest, Interview, and many others. Read more about Michael
Filed Under
Coronavirus // Coronavirus Tips // COVID Vaccine // News // States Guides