Signs You Have Alzheimer's, According to Experts

Alzheimer's symptoms to be aware of.

Alzheimer's disease is a brain disorder that affects one's memory, thinking process and eventually the ability to carry out small routine tasks. The number of people living with Alzheimer's is quickly increasing, according to Alzhemier's News Today, "There is a rapid growth in the number of people living with Alzheimer's disease, and only around one in four people with the disease get diagnosed. It is estimated that there are approximately 44 million people worldwide living with Alzheimer's disease or a related form of dementia." Eat This, Not That! Health spoke with Raymond Dacillo, Director of Operations for C-Care Health Services who explained signs of the disease to watch out for and ways to help prevent getting Alzheimer's. Read on—and to ensure your health and the health of others, don't miss these Sure Signs You've Already Had COVID.

According to Dacillo, "This is one of the biggest signs for Alzheimer's as typically, people are able to carry a flow of conversation with another individual. If the person constantly repeats the same phrase a few times, especially in a short period of time, it is a huge indicator that the person may have Alzheimer's."

"While people can change their personality slowly over time, it is alarming if the individual suddenly becomes anxious, tense, or suspicious," says Dacillo. "Sudden changes in their personality indicates that there might be a change in their brain chemistry."

What Causes Alzheimer's and Who is at Risk?

RELATED: Never Do This to Lose Visceral Fat, Say Experts

How to Help Prevent Alzheimer's 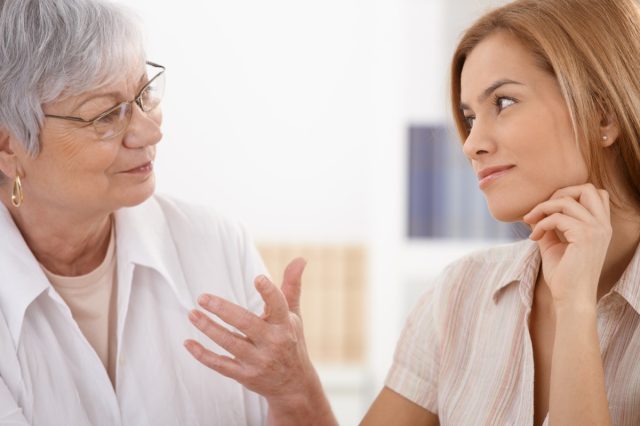 "While people can develop Alzheimer's due to family history, it can be prevented with certain lifestyle changes," Dacillo states. "It is important to keep the body healthy by not smoking, maintaining a healthy weight, exercising regularly, eating healthy, managing any health problems etc. It is also important to ensure that the brain is constantly stimulated by learning new hobbies, reading, and solving puzzles to exercise it. Maintaining a good social life by doing group activities, games night, attending church or support groups can help with keeping the social aspect of life."

RELATED: ​​I'm a Doctor and Here's the #1 Trick For Ageless Beauty

Difference Between Alzheimer's and Dementia

Dacillo says, "Dementia is a term to describe a decline in mental ability that is severe enough to interfere with daily life. Alzheimer's is typically diagnosed as a form of dementia."

Difference Between Normal Aging and Alzheimer's

Dacillo explains, "Since one of the most common signs of Alzheimer's is memory loss, which could also be a sign of normal aging, the difference with aging is that if someone forgets to do a task, they would typically remember to do it later or that they remembered that they forgot to do something. With Alzheimer's, the individuals are unable to remember what they forgot to do, and they also may forget how to do the task. The memory loss in those with Alzheimer's becomes more and more debilitating, whereas people who usually age will continue to complete their activities over time, possibly with assistance."  And to protect your life and the lives of others, don't visit any of these 35 Places You're Most Likely to Catch COVID.