The recalled bags were sold in nine states.

Frito-Lay has issued a voluntary recall of Ruffles All Dressed Potato chips sold at Sam's Club in nine states because they were inadvertently filled with another flavor of chips, exposing customers to undeclared milk, according to an announcement posted on the U.S. Food and Drug Administration's (FDA) website.

The 16 1/8-ounce bags were distributed to Sam's Club warehouses in Alabama, Florida, Georgia, Louisiana, Mississippi, North Carolina, South Carolina, Tennessee, and Virginia. They were not sent to any other retailer in any other state, and no other Frito-Lay products, sizes, or flavors are recalled, the company says, including bags in the Variety Packs. They have a UPC code of 28400 56520 and a "Guaranteed Fresh" date of 1 JUN 2021.

The All Dressed flavor is the #1 flavor in Canada and is "a blend of salty, savory and sweet flavors, all at the same time," ruffles says. "Think salt & vinegar, ketchup, and BBQ all rolled together." Ingredients include sugar, spices, garlic powder, onion powder, paprika, and more. It does not include any milk, while other flavors, like Jalapeño Ranch, Cheddar & Sour Cream, Sour Cream & Onion, Queso Cheese, Flamin' Hot, and Lime & Jalapeño, do. The company does not say which flavor was distributed in the All Dressed bags. 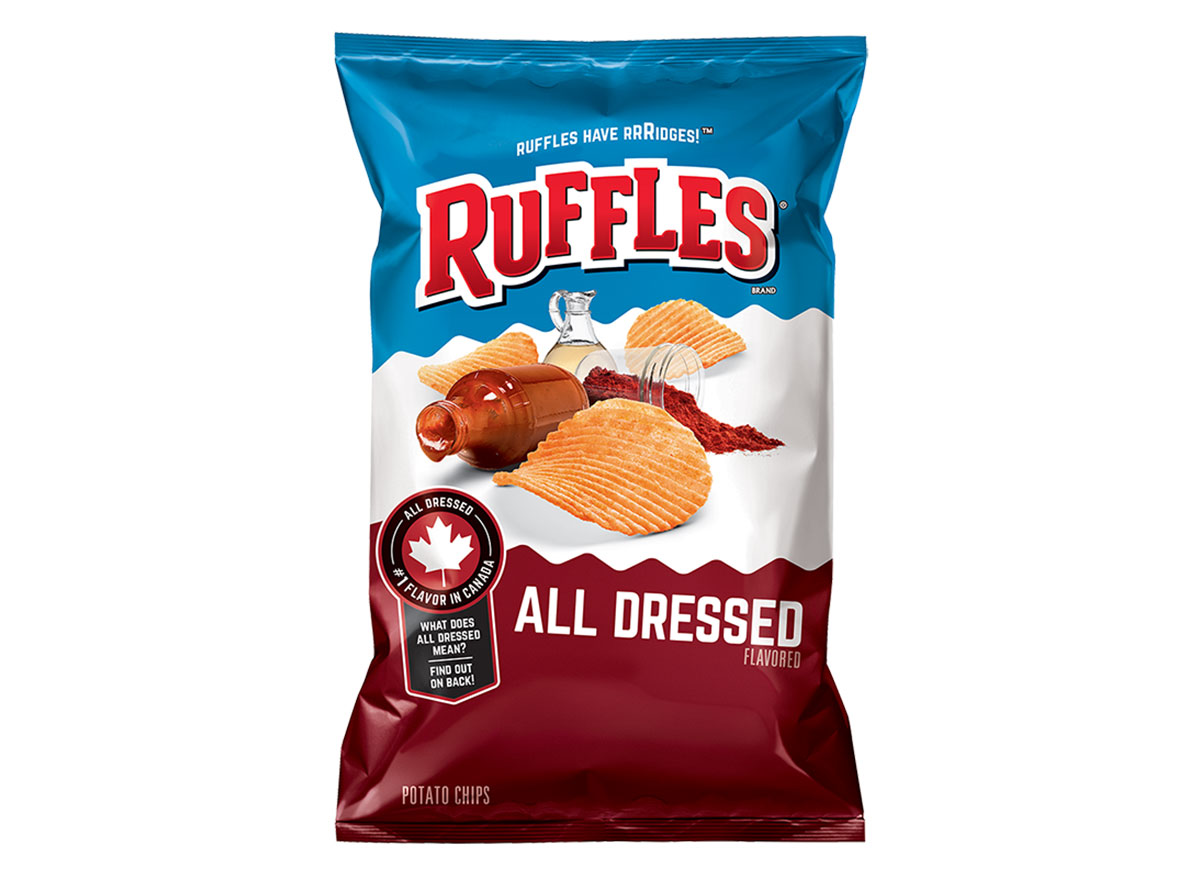 "The recall was initiated after it was discovered that certain bags of Ruffles All Dressed Potato Chips were inadvertently filled with another flavor of potato chips, potentially exposing consumers to undeclared milk," the company says in the announcement.6254a4d1642c605c54bf1cab17d50f1e

No allergic reactions have been reported, but Frito-Lay says that "If consumers have an allergy or severe sensitivity to milk, they are encouraged not to consume the product and discard it immediately."

A few other grocery items are also potentially dangerous to consume right now. Here are 5 Nationwide Grocery Recalls You Need to Know About, and for information on how to keep yourself and your family safe against any potential food recalls and everyday bacteria that can live on surfaces, follow these two steps to sanitize your kitchen.

To get all of the latest recall news delivered straight to your email inbox every day, sign up for our newsletter!