“We find ourselves in a position where more than 2,000 Americans are dying from COVID each day.”

We are in the middle of a coronavirus surge—not the end—and are headed into a potentially dangerous fall, as kids head back to school and family travel for holidays. How bad could it possibly get? In a week in which the daily average COVID deaths in America topped 2,000, Michael Osterholm, an epidemiologist and director of the Center for Infectious Disease Research and Policy at the University of Minnesota, appeared on his podcast and issued these important warnings about which states to watch out for. Read on—and to ensure your health and the health of others, don't miss these Sure Signs You've Already Had COVID. 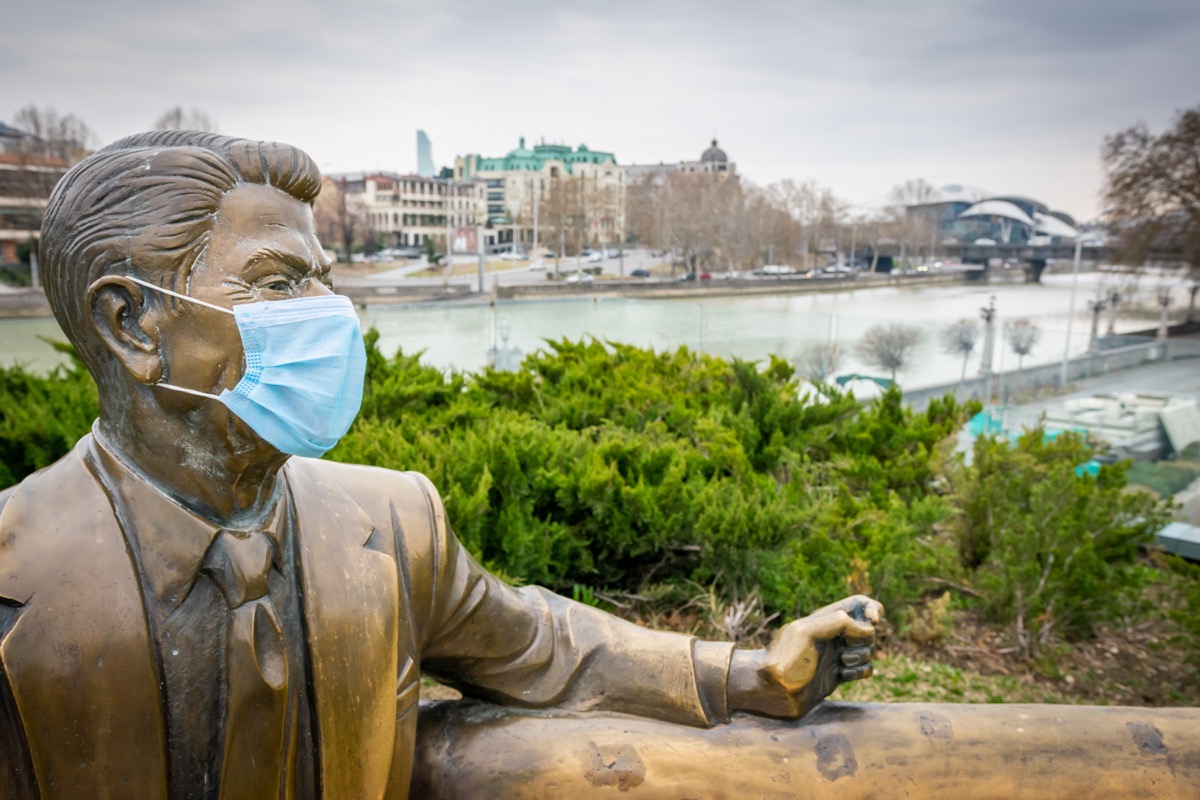 "We planned on having an uninterrupted summer. Everybody seemed to be on board yet, once again, we find ourselves in a position where more than 2,000 Americans are dying from COVID each day, the highest average since late February," said Osterholm. "To put this into context, let's look at the list of the world's 12 countries with the highest death rates today. Right now the country of Georgia has the highest rate in the world with 1.28 deaths per a hundred thousand population and Serbia ranks 12 with 0.5 deaths per a hundred thousand population. However, as of Tuesday, the US has 23 states—let me repeat that, 23 states—with death rates that are above what is being reported in the 12th place, Serbia. In fact, if Alabama, Florida, West Virginia, South Carolina and Mississippi were countries, instead of states, they would replace the current top five on the list. Think of that. This is the United States of America, and this is what's happening right now with so much of the US population still vulnerable in combination with the sheer contagiousness of Delta. I can certainly piece together why we're in the current position that we are, however, it is still jarring to see that play out. Now, the question is what will happen here?"

"Let me just talk a moment about what's happening with the surges," said Osterholm. "We're seeing it because I think it is unlike any other surge that we've seen around the world emerge here in the United States. And what I mean by that is, there's a very distinctive epidemiologic pattern, how the cases are moving in a sense from one location to another. It's not necessarily that it's in a sense spread. It's more, why does it show up in some places and not others?" Osterholm has likened it to "viral lava. For example, there's been a number of chapters in this surge. We saw that area of Northwestern, Arkansas and Southwestern, Missouri light up. And then soon after that, it was Louisiana, Mississippi, Alabama, Florida. And then at about the same time in the far Northwest, we saw Washington, Oregon begin to light up. The third chapter for the pandemic: We then saw case numbers beginning to peak in that second chapter countries, and which they now have peaked and are coming down. But then we saw a third chapter where Georgia, South Carolina, North Carolina, Tennessee, Texas, and then Idaho, Montana and Wyoming, and even North Dakota in that Northwestern segment of the country's increasing number of case picture—they then lit up and became the states with the highest incidence. Now they've hit their peaks and are starting to come down." Keep reading to see which states are in trouble next.

RELATED: Signs Delta is in Your Brain, Warn Doctors

"But we're seeing now is the next chapter: Kentucky, West Virginia, Southern Ohio, Southern Pennsylvania, and then on the Western part of the country, we're beginning to see in Nevada and even Northern California began to take off, even as we now see chapter 1, 2, 3, and even some of 4 states beginning to see either peaks or decreases in cases, we're now seeing potentially another chapter—chapter five: In the upper Midwest, we're now beginning to see an increasing number of cases just in the last 14 days, Iowa had a 26% increase, South Dakota, 39, Kansas, 15, Minnesota, 121, Michigan 31% increase, Wisconsin, 87% increase, North Dakota, 44% increase. Is this going to be the next hot area? Could it be as hot as anything in the South?"

Virus Expert Looks to the Northeast, Says it May Have "Substantial Activity" 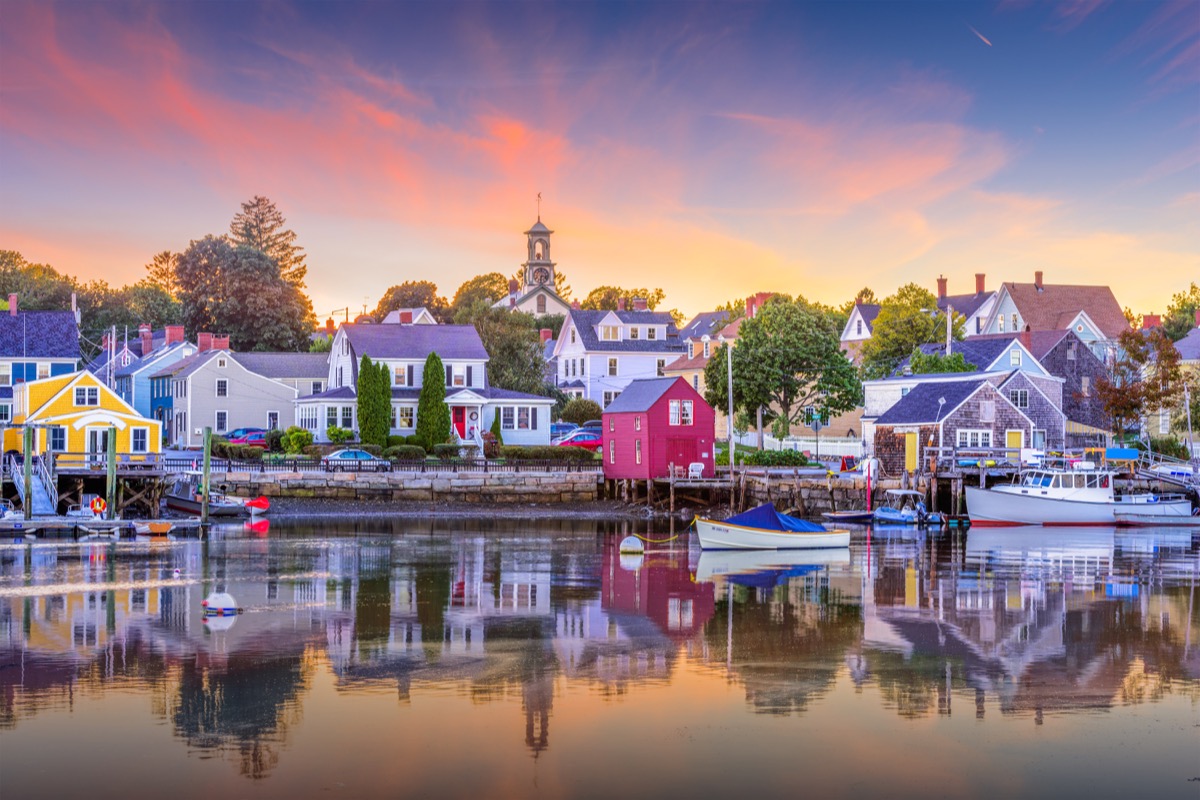 "And then we look in the Northeast," said Osterholm. "If you look at a map and plot the cases by time and location, you can literally see the cases going from that Southern Sunbelt, initial chapters, and going right up kind of the East Coast and where it's at right now is one that is approaching the Northeast, which is surely more vaccinated than the rest of the country, but there's still huge gaps there. And if we look at that Northeast and just look at some of the states, New Hampshire has had a 41% increase, Vermont had a 36% increase, Connecticut, 32%, Massachusetts, 16%, New Jersey, 24% Virginia, 10% increase. And even New York, a 13% increase. Will this become the next hot area? Please don't tell me because of the vaccination levels there, which are higher than the other place in the country as a region, that you can have substantial activity."

RELATED: These 6 States Predicted to Have Next COVID Surge

How to Stay Safe Out There

Follow the public health fundamentals and help end this pandemic, no matter where you live—get vaccinated ASAP; if you live in an area with low vaccination rates, wear an N95 face mask, don't travel, social distance, avoid large crowds, don't go indoors with people you're not sheltering with (especially in bars), practice good hand hygiene, and to protect your life and the lives of others, don't visit any of these 35 Places You're Most Likely to Catch COVID.

Alek Korab
Alek Korab is a Co-Founder and Managing Editor of the ETNT Health channel on Eat This, Not That! Read more about Alek
Filed Under
Coronavirus // Coronavirus Tips // COVID Vaccine // News