The #1 Cause of Parkinson's, According to Doctors

Knowing these signs can help you, says the scientific officer at the Parkinson's Foundation.

Of the many diseases lurking around the corners of our lives, Parkinson's is a scary one because it's not extremely well known to laymen how you get it. Is it bad habits? Poor living? It seemed to strike notable people like Michael J. Fox out of nowhere. What's the #1 cause of Parkinson's? We reached out to James Beck, Ph.D., Chief Scientific Officer and Senior Vice President of the Parkinson's Foundation, to ask what's the #1 cause of Parkinson's. Read on—and to ensure your health and the health of others, don't miss these Sure Signs You May Have Already Had COVID.

What is the Number 1 Cause of Parkinson's?

"Scientists believe the disease is caused by an interaction of genes, environmental and lifestyle influences, so we are not able to narrow it down to one top cause," says Beck. "One thing that all people with PD have in common is they have lost and continue to lose dopaminergic neurons in their brain. We are currently trying to understand why that happens and how we stop it." Keep reading to learn about how your genetics may play a role.

There is a Strong Genetic Link to the Disease

"For about 10-15% of all PD cases, we know that there is a strong genetic link to the disease," says Beck. "There is a lot of research right now studying DNA from people with PD – including a major study from the Parkinson's Foundation, PD GENEration: Mapping the Future of Parkinson's Disease – and scientists have discovered many genetic mutations linked to PD. But even when someone has a genetic mutation associated with PD, that does not necessarily mean they will develop the disease. Scientists are just beginning to understand the full role that genes play in PD. It is possible that certain genes may cause PD while other genes may actually protect people from developing it."

RELATED: This Can Slash Your Dementia Risk in Half, Says Study

Here Are Some Environmental Factors That May Play a Role

"Some environmental factors that may contribute to PD include head trauma or exposure to certain chemicals or toxins," said Beck. "For example, paraquat, a widely used commercial herbicide in the U.S., and trichloroethylene (TCE), a solvent used in many industries and the most common organic contaminant found in groundwater, have both been linked to PD. However, some people may have a genetic makeup that makes them more vulnerable to the effects of these substances than others."

RELATED: 7 Tips That Improve Your Memory, According to Science

Why Is It So Important to Know This Information? 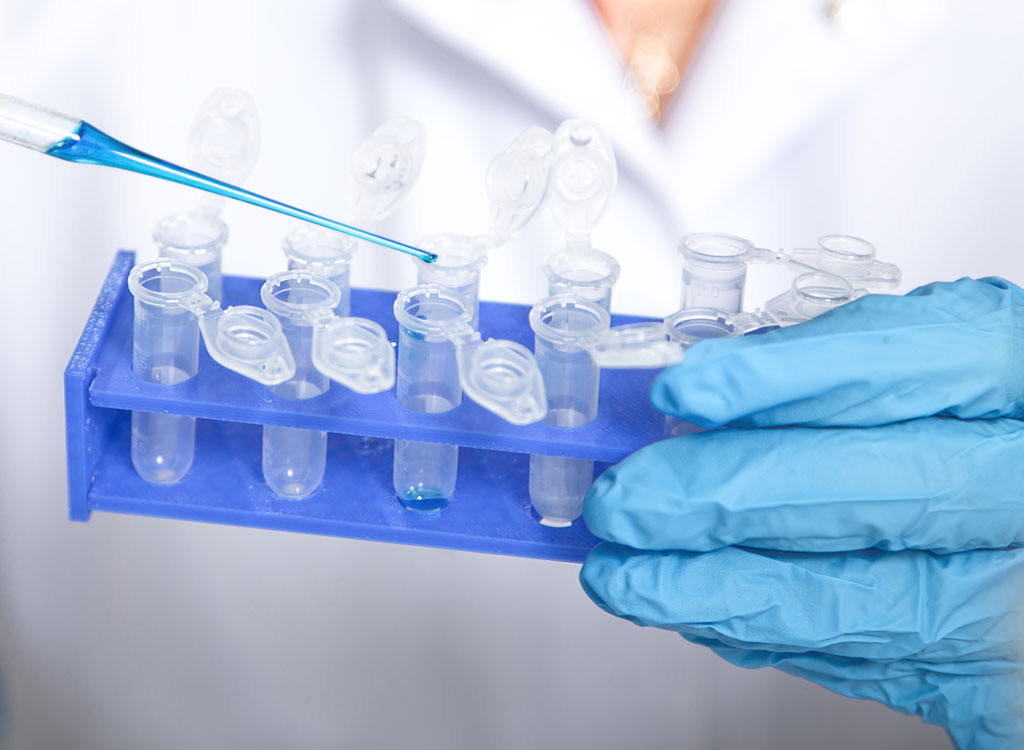 "If you have PD, it is important to know if you have a genetic component," says Beck. "The next generation of PD treatments will likely target specific, genetic forms of PD – an approach we have seen in some cancer treatments. By equipping yourself with knowledge about the genetics of your disease, you may be eligible for clinical trials that are testing new/experimental treatments specific to your genetic makeup."

RELATED: Simple Ways to Never Age, According to Experts

What to Do if You Think You May Have Parkinson's Disease

Call your doctor if you experience any symptoms of Parkinson's Disease, which initially include:

Alek Korab
Alek Korab is a Co-Founder and Managing Editor of the ETNT Health channel on Eat This, Not That! Read more about Alek
Filed Under
Body Health // Cognitive Function // Health Tips // News