Here’s some of what she does to stay in shape (and help the planet!).

Like millions of people around the world, Gwyneth Paltrow celebrated Earth Day on Thursday—with a photo of her outdoors, on a serene body of water, wearing a bikini. "Always trying to get as close to Mother Nature as possible. #earthday" she captioned the photo. A few months ago, she looked equally at home outside, standing on a rock, her arms in the air, high above a forest of trees. The caption: "Note to self: try to get in touch with how to feel this way every day, at least for a moment." So what does Paltrow, founder, of course, of the wellness company Goop, do to keep herself—as well as the world—healthy? Here are some of her best tips and tricks that she's shared with others, and the Earth Day photo to prove they work.

She Likes to Cleanse

It's no secret that Paltrow is all about a good cleanse. "At Goop they call me 'GP the guinea pig,' because I'll try anything," she told Shape. "I just tried a goat milk cleanse for eight days to rid my system of parasites. That was really interesting. It's only goat's milk and herbs. The theory is that we all have parasites, and they love the milk protein. So if you eat nothing else, they all come out of the intestinal wall and then you kill them with the herbs. I had to try it for Goop, but I felt so good after it." She is also a huge fan of juice cleanses, which she promotes on her social media accounts.

She Starts Her Day with This Ayurvedic Practice 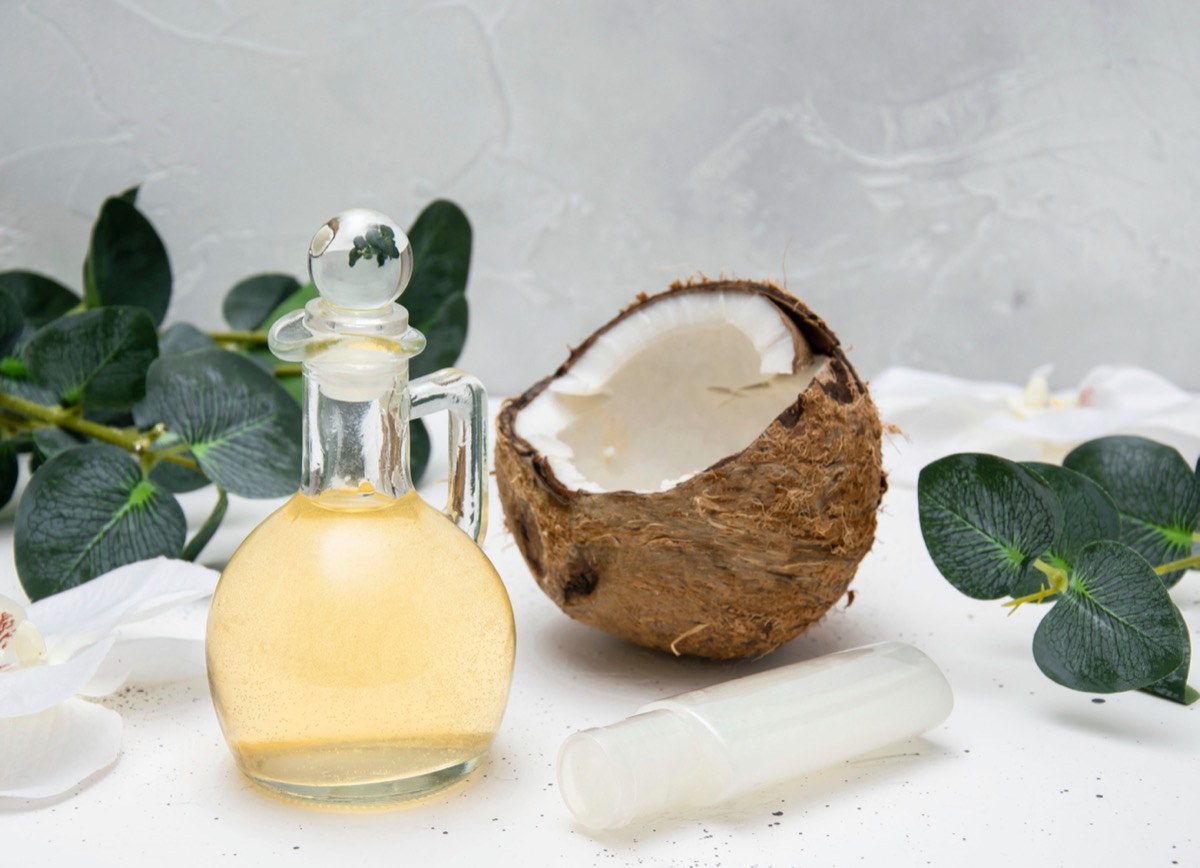 Paltrow revealed to Harper's Bazaar that she starts her day with a technique dubbed oil pulling, which involves swishing around a tablespoon of raw coconut oil in her mouth. "It's an Ayurvedic way to remove bacteria from the mouth," she told them. In a 2015 study, it worked! "A statistically significant decrease in the plaque and gingival indices was noticed from day 7 and the scores continued to decrease during the period of study," wrote the researchers.

This is One of Her Go-To Workouts

Paltrow declared herself "a total die-hard Tracy Anderson fan" to Shape back in 2017. "Her method works so well for me. I've seen all these fads come and go, and nothing works for me the way that Tracy's approach does, so I really stick with it. She's amazing." On Goop, she wrote: "Many of you may already know of my passion for the Tracy Anderson Method and my investment in it. She has kicked my formerly sagging a** into shape and I will be forever grateful."

During the pandemic "I've also really recommitted to my meditation practice, which I did very sporadically when I could, and now I do it every single morning," she told Vogue. "I do Transcendental Meditation, so that's something you learn with a teacher and they give you a mantra. There's an app called Insight Timer that I use, and then sometimes when I need a little meditation in the afternoon [I use] The Breathing App. You follow a ball expanding and contracting and breathe along with it. Even five minutes is really helpful."  "Paparazzi'd while meditating…" she captioned this Instagram photo. 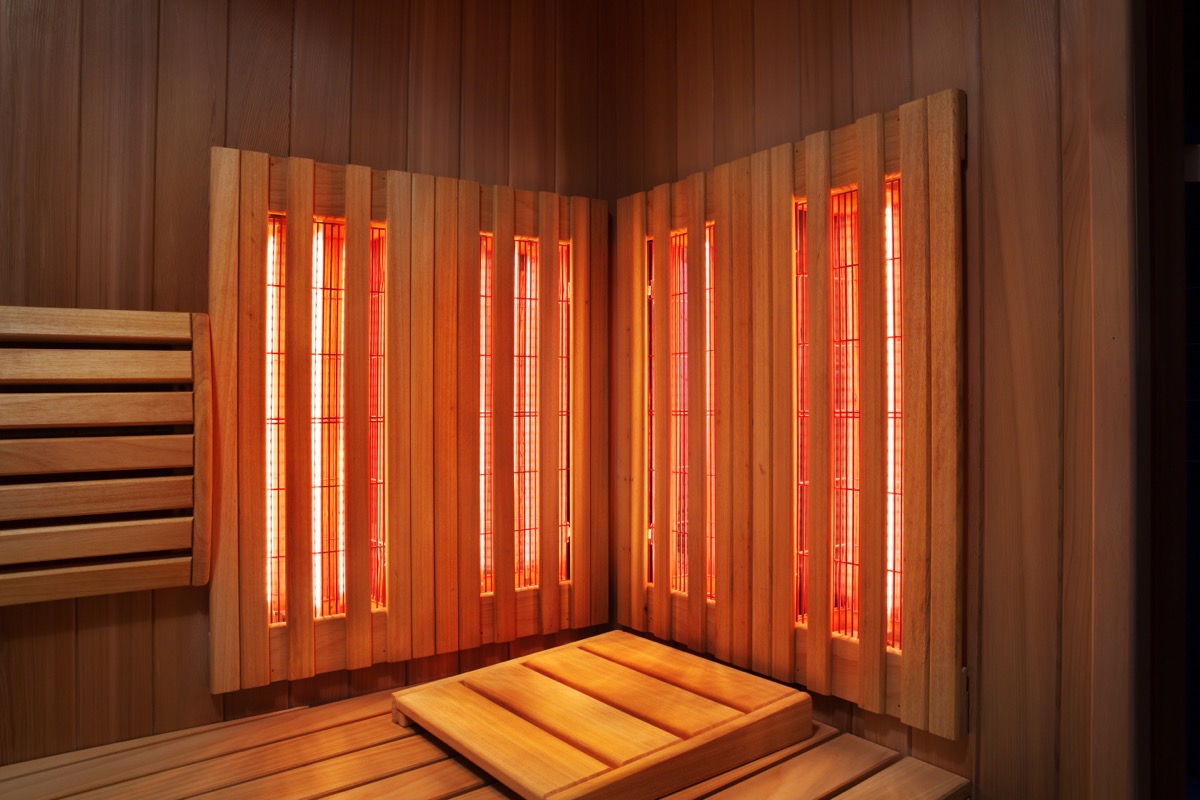 Paltrow told Shape she loves to indulge in a specific type of sauna. "I love to take an infrared sauna; it's really detoxifying. It's a real gift to myself," she said. "I haven't tried cryotherapy yet because I'm kind of scared to, but they say it's great for pain. Our diets are so full of inflammatory foods that I think we need to do increasingly extreme things to combat it."

As for her diet, Paltrow tries to eat as close to natural as possible. "But usually, I just try to eat pretty clean during the day-good proteins and lots of vegetables and not too much grain or sugar, and nothing baked-and then I tend to eat whatever I want for dinner," she told Shape. Chicken and fish seem to be her go-to animal proteins. "Lunch today," she said in one recent post: "Slow-roasted salmon with spinach, garlic, lemon, shallots, and coriander. Healthy, under 20 minutes, super delish."

She Wants to Help Hydrate the World

It's no surprise that Paltrow, who partnered up with alkaline water company Flow in 2019, is all about hydrating the world. One of her charities of choice? Charity Water, which she promoted on World Water Day earlier this year. "Today is World Water Day—785 million people still don't have access to clean and safe drinking water. That's nearly 1 in 10 people worldwide. But the water crisis is a solvable problem: If you are able, I urge you to join me in donating to @charitywater, where 100 percent of every donation funds clean and safe drinking water for people in need around the world."

She Adds in Some Supplements

Nutritionists recommend you get your nutrients from all-natural foods if possible; Paltrow is a fan of supplements by necessity, she says. "The way the modern food system is, we're always depleted of nutrients, so I take a good multivitamin, and a fish oil, and then I have other herbs for various things," she told Shape.