Dr. Fauci Just Issued This Big COVID Warning for All

Are we too complacent? “I'm actually concerned that that is the case,” he said.

With 2 to 3 million people getting their coronavirus vaccine daily, it can seem like the pandemic is nearly over. It isn't. In fact, new variants and a plateauing of cases may indicate we're in for another surge, and as cases rise in Michigan and Miami Beach issues a curfew over Spring Break partiers, the danger is real. Dr. Anthony Fauci, the chief medical advisor to the President and the director of the National Institute of Allergy and Infectious Diseases, appeared on Today Weekend to warn against your getting too complacent. Read on for his full warning—and to ensure your health and the health of others, don't miss these Sure Signs You've Already Had Coronavirus.

Dr. Fauci is Worried We Could Have Another Surge 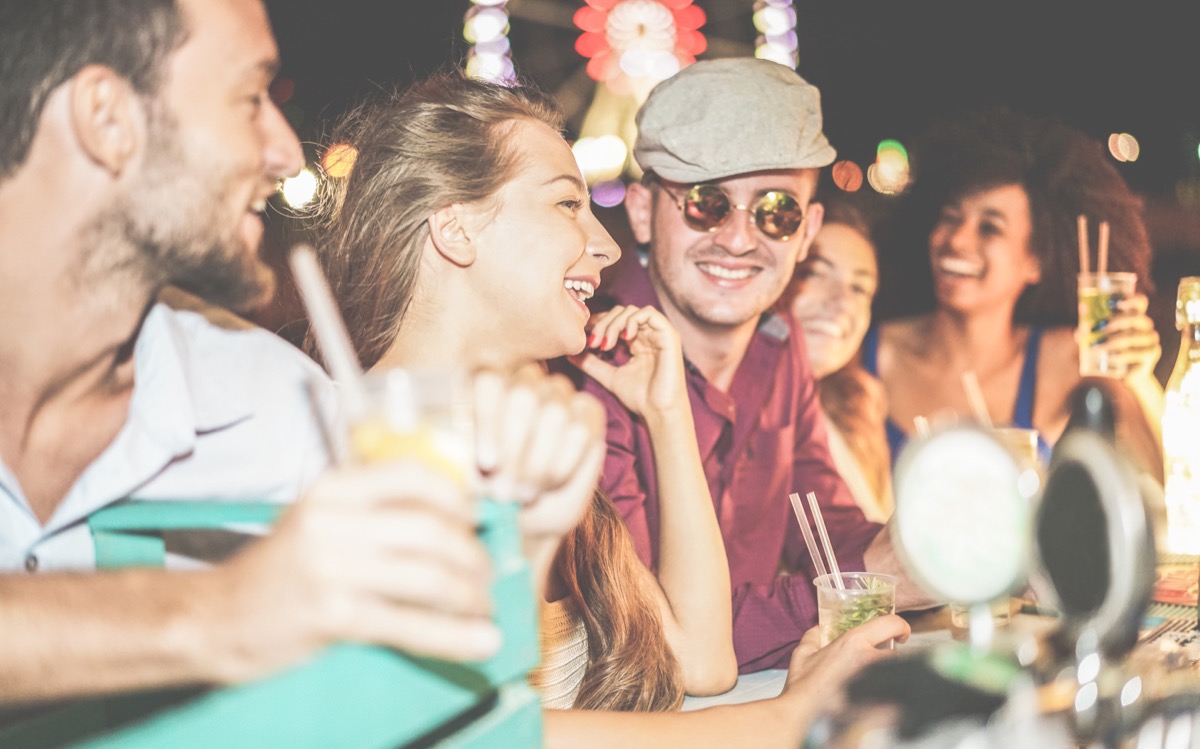 Dr. Fauci was asked if people were getting too complacent. "I'm actually concerned that that is the case," he said. "If you look at the dynamics of the outbreak, we had that big surge in the winter, the mid winter, late winter, then it started coming down really, really nicely, and certainly reached around 50 to 60,000. And now it's plateaued. That is not a good thing because what's happened in the past. And history has shown us that when you have that plateauing, that's usually the forerunner of another surge. We've actually seen that in the European Union."

"They're usually around three to four weeks ahead of us in the dynamics of their outbreak," said Fauci. "They went up like us, came back down, plateaued and they pulled back on their public health measures, masking and things like that. And right now they're going through the beginning of a surge—5 or 10% increases. I'm really concerned if we declare victory prematurely, that that's the same thing that's going to happen. Vaccines are coming on really well, between two and 3 million doses per day of going into people. If we could just hang on a bit longer, the more people get vaccinated, the less likelihood that there is going to be a surge."

"There are a number of variants," said Fauci, "but the one that right now is gaining momentum in our own country is the B.1.1.7, which is the UK variant as they call it, because it just happened to be first noticed in the UK. The good news about that is that the vaccines that we are distributing now, the three vaccines work very well against that variant. There are a couple of other variants that are more worrisome that have not actually become dominant and don't look like they're becoming dominant. So the one we're focusing on right now is the 1.1.7, there's one in New York and five to six that's of concern. But hopefully if we maintain our public health measures, that will not become a dominant variant, but you have to keep your eye on the variants. But as I mentioned, luckily for us, our vaccines work well against the 1.1.7."

The Today hosts mentioned a poll "that shows that roughly 18% of those healthcare workers in the country say they do not plan on getting vaccinated….What does that say about our chances of reaching herd immunity and what is that threshold that we as a country have to reach to keep all of us safe?"

"We don't know really what that number is," said Dr. Fauci. "You can make an estimate of what it is….it's purely an estimate somewhere between 70 and 85% of the population vaccinated. I mean, anytime there's a degree of vaccine hesitancy in whatever group, you just mentioned, one, healthcare workers. It's disturbing. We have to continue to outreach to them and try and convince them. First of all, without being accusatory to them to try and figure out what is it about this that you are concerned about? Is it because you feel things have gone too quickly, you can explain that that really is a reflection of the science that's gone on for decades before. So even though time-wise, it looks like it's quick. The fact is there's been a lot of effort and science gone into it, and whether it's safe and effective, that's been proven pretty clearly that it is highly efficacious. So we've got to continue to reach out to those people. "

Dr. Fauci Said Some of the Public Health Measures May Change Going Forward

On the heels of the CDC recommending schools can keep kids three feet apart—instead of six—Dr. Fauci was asked if the same might happen for adults. "I think eventually that's going to be the case —what the CDC does is that they try to the best of their capability to accumulate good, solid, scientific evidence and data, the way they did with children in school. When that data come in, I believe you can expect to see some changes in recommendations for a variety of things, workplace travel, places of worship. Those are going to start rolling out." For now, get vaccinated when it becomes available to you, and to protect your life and the lives of others, don't visit any of these 35 Places You're Most Likely to Catch COVID.

Alek Korab
Alek Korab is a Co-Founder and Managing Editor of the ETNT Health channel on Eat This, Not That! Read more about Alek