Nearly 140 people across the country are affected, and this isn't the first time this has happened.

People across the country are getting more than they bargained for after digging into a bowl of Lucky Charms cereal.

At least 139 people across the country have reported such symptoms on a website called iwaspoisoned.com. They complained of nausea, diarrhea, vomiting, and overall feelings of sickness. 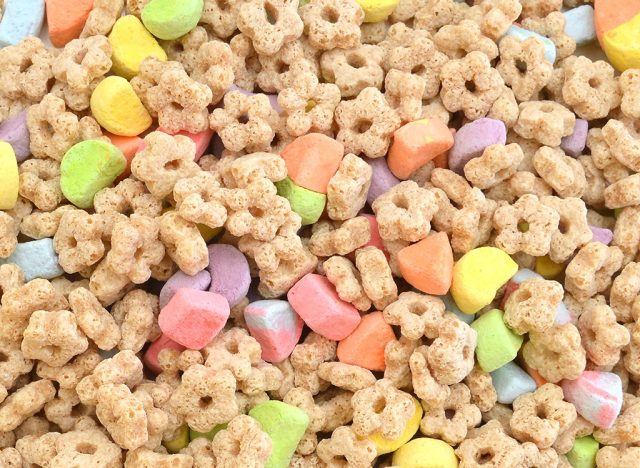 "I had a bowl of Lucky Charms cereal and about an hour later I had diarrhea, nausea, the chills and stomach cramps," a person from Chesterfield, Virginia reported on the site. "This lasted a few hours and I still suffered from nausea and cramps for a couple of days."

This is not the first time that cereal has been linked to illnesses.

In 2018, Kellogg's Honey Smacks caused a multi-state outbreak of salmonella. Across 36 states, 135 people were infected and 34 were hospitalized, according to the Centers for Disease Control and Prevention.

Kellogg also voluntarily recalled 28 million boxes of Froot Loops, Apple Jacks, Corn Pops, and Honey Smacks in 2010 because of a foul odor and flavor from the liners of the packages.

Despite the reports of illnesses, General Mills said it does not believe its cereal is the cause. The brand also said that it's currently conducting a review of the complaints.

"Food safety is our top priority," General Mills spokesperson Andrea Williamson said in a statement to The New York Post on April 1. "We are aware of consumer claims submitted via the website and have conducted a thorough internal investigation. Based on our food safety programs and review of consumer feedback we've received directly, we do not believe these complaints are attributed to our product. We encourage consumers to please share their feedback directly with General Mills to ensure it is captured in our ongoing review."

For more on cereal, check out 14 Kids' Cereals You Always Leave on Grocery Store Shelves.