If you feel like aspirin has been around forever, you're close: It's been dispensed since 1899 as the nation's first over-the-counter painkiller. An NSAID (non-steroidal anti-inflammatory drug), it's very effective in reducing pain and swelling. But despite its familiarity and widespread use, taking aspirin has serious risks—one so serious that an expert panel just warned that certain people should not take it. Read on to find out more—and to ensure your health and the health of others, don't miss these Sure Signs You May Have Already Had COVID.

Aspirin May Cause Bleeding

This month, the U.S. Preventative Services Task Force (USPTF) drafted a recommendation that doctors should no longer prescribe low-dose daily aspirin to prevent a first heart attack or stroke. Why? Taking daily aspirin increases the risk of serious bleeding, including in the stomach, intestines, and brain. That risk already increases with age, and the experts determined that the risk of bleeding outweighs any potential benefits. (The recommendation doesn't apply to people who are already taking daily aspirin or have already had a heart attack.)

Aspirin May Cause Stomach Problems

Aspirin is a strong drug, and it can irritate stomach lining, causing pain, ulcers, and bleeding. The risk increases in people who are older, have stomach ulcers, take blood thinners or drink alcohol.

RELATED: "Natural Cures" That are a Waste of Money

Aspirin Should Not Be Given to Sick Children 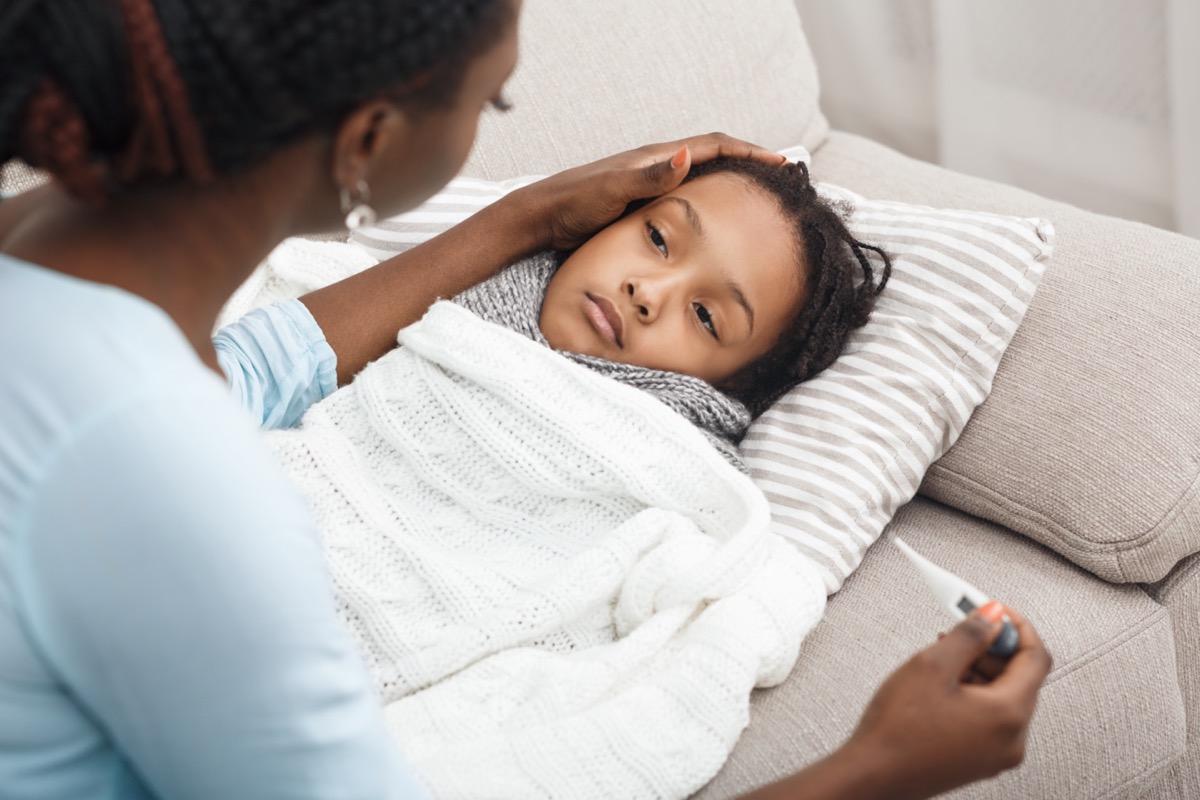 The FDA has approved aspirin for use in children over age 3. But kids and teenagers who are sick or recovering should never take it. In some cases, it can cause Reye's Syndrome, a condition in which the brain and liver become inflamed and result in permanent damage or death. To treat fever or pain in children, use acetaminophen or ibuprofen instead.

Aspirin May Not Prevent Colon Cancer

In 2016, the USPTF recommended that people take low-dose aspirin daily to reduce the risk of colorectal cancer. Now they plan to reverse that guidance. The panel cited data from a study which found that aspirin use was associated with a near-doubling of colorectal cancer deaths after about five years. (Other experts disagree, saying there is good evidence aspirin can prevent colorectal cancer by reducing inflammation.)

Aspirin Should Not Be Taken With Certain Medications

It's worth repeating: Taking aspirin with anticoagulants (blood thinners) increases the risk of a serious bleeding incident. According to Harvard Medical School, some of the medications that interact this way with aspirin include:

(This is not a complete list. Always tell your doctor about all the drugs and supplements you're taking, and ask if taking aspirin is right for you.)

Aspirin Should Not Be Taken With Certain Supplements

Supplements are considered less powerful and dangerous than prescription drugs, but taking some formulations with aspirin can also increase the risk of bleeding. They include bilberry, capsaicin, evening primrose oil, ginkgo, kava, ma-huang and omega-3 fatty acids (a.k.a. fish oil). And to get through this pandemic at your healthiest, don't miss these 35 Places You're Most Likely to Catch COVID.