This Indoor Activity Can Be Just as Effective as Jogging, New Study Says

Often associated with laziness and late nights spent in the basement, video games can carry a bad reputation in many circles. Parents, particularly, are usually wary of allowing their kids too much time with a game controller in hand. One survey put together by Michigan Medicine of nearly 1,000 parents reports that 86% believe their teen spends too much time on video games.

Are the likes of Mario and Luigi really all that bad, though? While it's true that spending all day and night on video games is almost certainly a bad idea, did you know that there's scientific reason to believe video games, in moderation, can be beneficial from a cognitive perspective? This study, published in the scientific journal Behavioral Brain Research, even reports that gamers are better at learning quickly and adapting to new situations on the fly.

Besides the potential brain benefits, however, there's still no getting around the fact that traditional video games promote a stagnant, sedentary lifestyle. But, what if there were a way to combine the fun and mental stimulation of video games with exercise? Researchers from the University of Bath set out to answer that question. Their findings, published in the Games for Health Journal, indicate that "active video games" may help countless people exercise more consistently… and they can even be just as effective as jogging.

Read on to learn more about what the study found, and next, don't miss 3 Major Secrets to Living to 99, According to Betty White.

When it comes to movement and exercise, the human body doesn't discriminate. Calories burned carrying groceries are just as beneficial as time spent at the gym. Similarly, the study authors report that active video games offer very similar health benefits to more traditional forms of exercise such as jogging on a treadmill.

You may be wondering what exactly an "active video game" entails. These video game varieties track players' full-body movements via camera, which are then used to control the game and score points, etc. More specifically, this research was conducted using the Kinect Adventures game with the Kinect system on Xbox.

Who needs a treadmill, anyway?

The research team put together a randomized trial comparing the physiological effects of jogging on a treadmill versus playing a few rounds with an active video game. All participants included in this study were type 1 diabetics. Diabetes patients were chosen because exercise is especially important for such individuals in order to manage their condition.

Heart rate, blood pressure, oxygen consumption efficiency, and endothelial function (considered a marker of blood fluidity) were all measured among participants after either playing an active video game or running on a treadmill at a moderate pace. Health readings were collected on three occasions: immediately after the activity, 30 minutes afterward, and 24 hours after the fact. This went on for a total of three weeks, with each week consisting of two workout sessions.

Ultimately, all of those health readings painted a very similar picture in terms of physiological health benefits between the two exercise varieties (active video games versus the treadmill). Blood glucose levels among participants declined to safe levels following both types of activities.

Related: Sign up for our newsletter for the latest health and fitness news!

A new way to enjoy exercise

In fact, the biggest reported difference between the two exercise types had nothing to do with physical benefits at all. Instead, subjects enjoyed working out much more while playing video games. We all know that regular old exercise can feel like a drag at times (or all the time), but gaming elements like scoring points or badges encouraged participants to keep playing and exercising for longer than they would have on the treadmill.

"Exercise is already recommended by doctors as a drug-free way of managing diabetics' blood sugar levels, along with diet, but it can be difficult for people to stick to exercise routines long term," comments Dr. Pooya Soltani. "Whilst it's not the magic solution to keeping active, we found that players enjoyed playing exergames way more than running. This is really important when adherence to traditional physical activities is generally low in diabetic patients."

Related: One Major Effect Exercise Has on Your Happiness 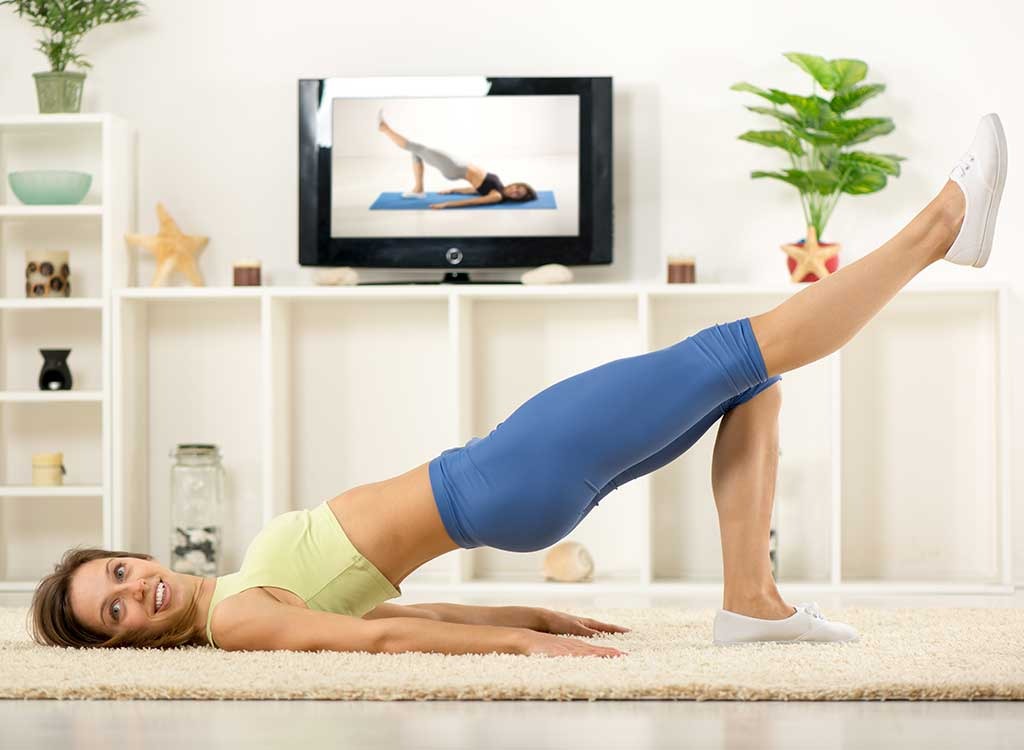 While no one is saying video games should make up one's entire fitness regimen, study authors hope their findings encourage people to try out a new, innovative way to break a sweat.

"Playing exergames could help some diabetics in managing a lifelong condition," says Dr. Jorge Brito-Gomes, a researcher at the Universidade Federal do Vale do São Francisco, Brazil. "Gamifying exercise not only takes your mind off the exertion, but working towards rewards in the game or even competing against friends helps motivate you to keep coming back to do more."

For more, check out The #1 Best Place to Exercise, New Study Says.