The New Yogurt Alternative You Have to Try

While most of us eat a range of foods for lunch and dinner, breakfast is typically comprised of one or two trusty standbys—especially during the busy workweek.

And one of the foods leading the morning breakfast brigade is, you guessed it, Greek yogurt. In fact, sales of the creamy a.m. staple grew by a whopping 2500% between 2006 and 2011, according to an NPR report. While sales are still soaring, a new dairy item could give this popular breakfast treat a run for its money: quark.

German for "fresh curd," quark is a spoonable cheese that's a creamier version of your go-to yogurt. To achieve its thick, indulgent texture, makers stir curd to stop it from hardening. The result is a thick and smooth dairy cream. It's free of the tang typically associated with the unflavored Greek varieties and has a relatively neutral flavor that lends itself equally well to eating plain or adding your favorite mix-ins. Plus, just like Greek yogurt, quark is filled with good-for-you probiotics and hunger-busting protein. (There's up to 17 grams of the stuff in a 6-ounce container.) They both have about the same number of calories, too. 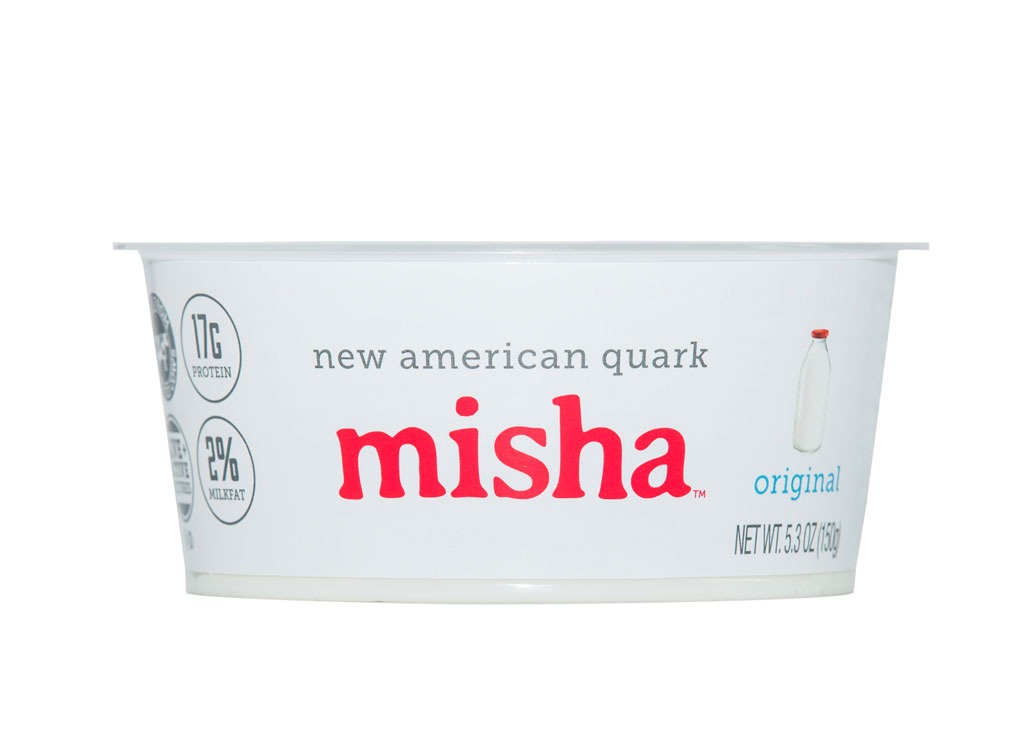 Want to give quark a try? Opt for the plain varieties. Elli's flavored quark tubs (available at most Whole Foods stores and many other retailers nationwide) have less sugar than the Greek stuff, but they're sweetened with stevia, which some people have trouble digesting. And Misha's flavored quarks—which you can pick up online and in NYC supermarkets in the coming months—have up to 14 grams of the sweet stuff, which–while a far cry from the worst morning staples we've seen–is a bit higher than our ideal. For a quick, healthy breakfast or snack, mix plain low-fat or 2% quark with fresh fruit and a half-ounce of nuts or seeds.

WITH OUR BEST-SELLING NEW DIET PLAN, The 7-Day Flat-Belly Tea Cleanse! Test panelists lost up to 4 inches from their waist! Available now for Kindle, iBooks, Nook, Google Play, and Kobo.