It's official: Starting May 1st, you will no longer be able to order this popular McDonald's menu item.

It's the sweet, iconic beverage that's been on the menu for decades; the popular drink that complements Happy Meals and evokes feelings of nostalgia with each sip. And starting May 1st, it will start disappearing from McDonald's menus everywhere.

The fan-favorite drink that's getting the axe is… Hi-C Orange Lavaburst! That's right, the same refreshing beverage that cooled you off after a romp around the PlayPlace and tasted especially good with McNuggets dipped in honey. It may be an old wives' tale, but some adults swear by the vibrant orange drink as a hangover cure. Sadly, customers only have a few more days to get their hands on it. 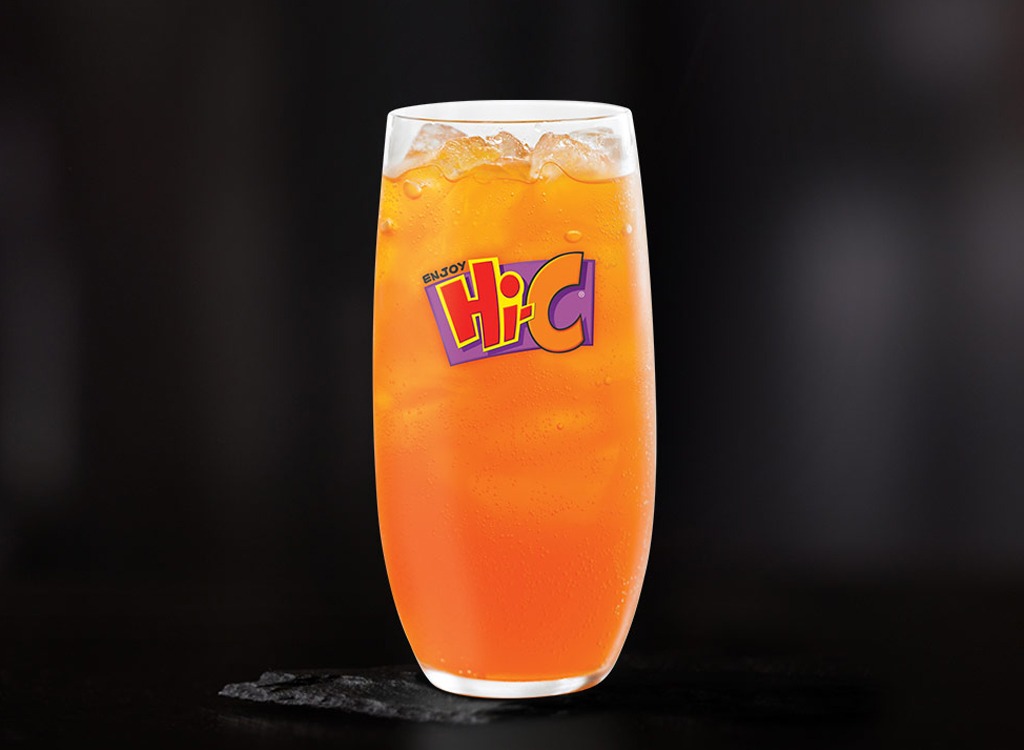 Franchises nationwide will start phasing out the popular beverage starting on May 1 through July. After July, all locations will stop carrying Hi-C Orange Lavaburst, according to a McDonald's representative we spoke to. Instead, the fast food chain will start distributing a new proprietary Sprite TropicBerry beverage that will only be served at McDonald's restaurants in partnership with the chain's deal with Coke.

Although the drink will start being discontinued in May, locations are encouraged to keep selling it until their inventory is depleted, according to a McDonald's memo posted to Reddit.

It looks like McDonald's employees are already preparing for the backlash; Reddit user mattfu916 commented on the post, "Its gonna be a fun few weeks up ahead. Hi-C is one of the more popular drinks at my location."

And "popular" is quite the understatement. Just take a look at what people have said on Twitter about the orange drink in the last few weeks of its Mickey D's residency:

When Mc.Donald's tell you that they are out of Hi-C Orange. Yup, and I'm out of here. pulls off that's all I wanted. 🙄

HI-C orange drink is the best thing on McDonald's menu! Not up for debate.

Despite its fervent following, Hi-C isn't exactly the best drink for your belly.

At 220 calories, 60 grams of sugar, and 60 grams of carbs in a 21-ounce medium, and high fructose corn syrup as the second ingredient, we may be better off having this beverage off the menu. But that doesn't mean we won't miss it.

Let's all take a moment to mourn the loss of this delicious drink — and our childhoods.