One Major Side Effect of Putting a Lime in Your Beer

It's that time of year for beachside Coronas, but how much are you willing to risk for the summer staple?

You may not have seen the graphic images on social media yet, but just one look at #limeburn will have you thinking twice before lugging a cooler of Coronas to the sand. Not only is this dangerous skin condition itchy and painful, but it's more common than you think. Read on for a breakdown of exactly what's going on when your beach brew goes sour and how to safely drink your well-earned summer treat. And for more, check out the 112 Most Popular Sodas Ranked By How Toxic They Are.

What Exactly Is Lime Burn?

Phytophotodermatitis, also known as lime burn, is a skin condition that occurs when you mix citrus juices with sunshine. It looks like a sunburn at first and itches like one too, but it's actually a chemical burn that can range from mild to second-degree. Thanks to the phototoxic substances in limes and the ultraviolet radiation in sunlight, the longer you handle limes or stay in the sun, the more severe your burns will be.

Since lime burn only affects areas that have been in direct contact with lime juice, it can appear as drips or streaks. These marks usually blister at the condition's peak, between 48 and 72 hours after sun exposure. But even when those go away, they're replaced by brown pigment that can take weeks or even months to fade.

It's not just limes; other citrus fruits like lemons, oranges, and grapefruits, plus celery and some wildflowers can cause this painful and unsightly burn.

How You Can Avoid It

Coronas and lime slices are about as common on the beach as rainbow umbrellas, but proceed with caution. Just because everyone else is doing it, doesn't mean you should too. Phytophotodermatitis is intensified by heat, sweating, and wet skin, which means a day in the sand puts you at greater risk for a severe burn. Protect yourself by applying sunscreen before sun exposure, washing your hands after dealing with limes, or ditching the lime-topped beer altogether.

RELATED: The Worst Beer in America

What to Do If You Get It

Prevention methods aside, you may still find yourself sporting a painful lime burn this summer. What then? Mild redness and swelling can be treated at home with hydrocortisone cream a couple of times a day, but more severe reactions with lots of blistering may require a trip to the doctors for a cream that's prescription strength. Note that a case of phytophotodermatitis can progress from mild to severe over its course, so keep an eye on your symptoms.

RELATED: Popular Drinks That May Cause Lasting Damage to Your Skin

Drink This, Not That! 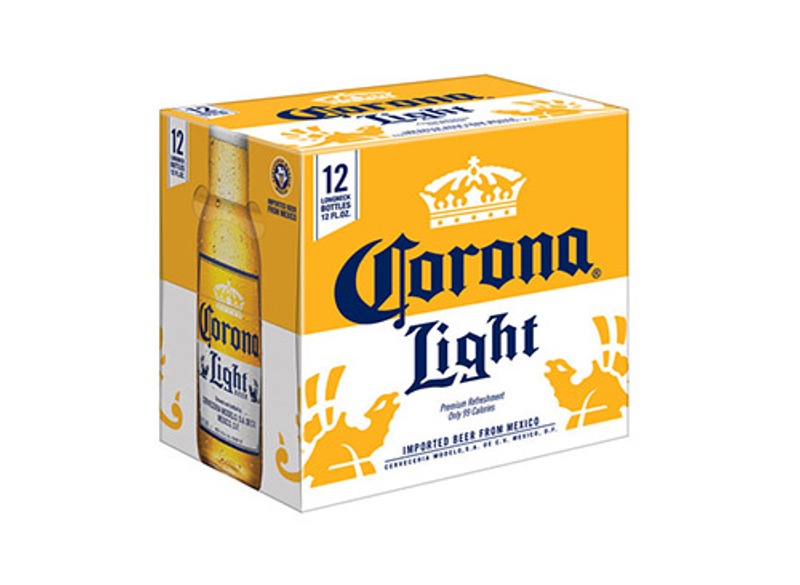 In addition to skipping the lime if you're on the beach, you may also want to opt for a Corona Light. With only 99 calories and 5 grams of carbs in a 12-ounce bottle, this light option is much better than a Corona Extra of the same size, which has 148 calories and 14 grams of carbs. If Corona isn't your jam, here are 12 other light beers to consider.

For more healthy eating tips, subscribe to our newsletter and read these next:

The Best & Worst Snacks in America in 2021—Ranked!

The Warning Signs That You Are Drinking Too Much Beer

The Worst Beer Mistake You Can Make, Experts Say