Lays just outdid itself by transforming the most iconic American foods into irresistible chips.

Lay's just debuted eight new potato chip flavors that are as on-trend and far beyond the OG Original and Barbecue chips as can be. Inspired by the varying regional tastes across our nation, the potato chip giant debuted eccentrically delicious flavors such as Deep Dish Pizza, New England Lobster Roll, and Chile Con Queso as part of the Lay's Tastes Of America campaign.

"Lay's knows how significant local cuisine is to Americans," Sarah Guzman, senior director of marketing at Lay's told the New York Post. "We wanted to honor the beloved flavors that remind our fans of home by making 'Tastes of America' our biggest flavor launch yet." 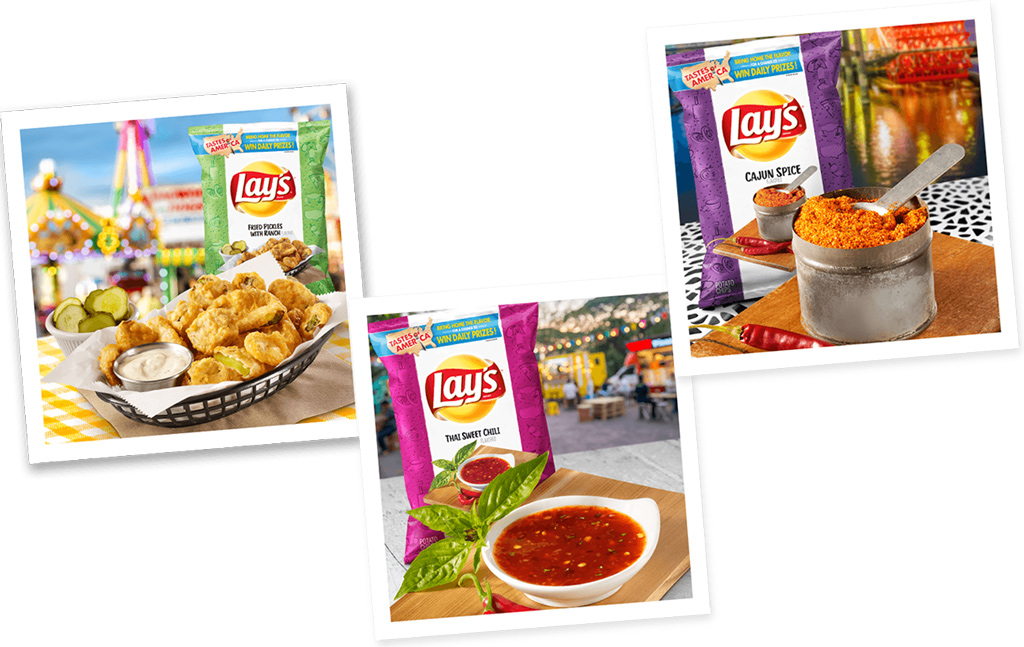 As with all too-good-to-be-true things, there's a catch: All eight flavors aren't available across all 50 states. Expect to see Cajun Spice in the Central Gulf; Chile Con Queso in the Texoma, Mountain, and Southern California regions; Chesapeake Bay Crab Spice in the Mid-Atlantic region; Deep Dish Pizza in Heartland and Mid-America areas; Fried Pickles with Ranch in the Midwest; New England Lobster Roll in the Northeast; Pimento Cheese in the Southeast; and Thai Sweet Chili in the Pacific Northwest. However, if you're salivating over an out-of-town bag, there are easier ways to get your hands on it that don't require a road trip. Order a bag, or all eight, online.

The outlandish flavors will hit store shelves on July 30 and are making appearances across food festivals nationwide. So if you're craving for a potato chip that mimics your favorite seafood indulgence, don't miss the New England Lobster Roll chips at the Maine Lobster Festival in Rockland during the first week of August. Over-stuffed and smothered pizza more your thing? Don't miss the Deep Dish Pizza chips at Navy Pier in none other than Chicago on August 11th. No doubt, Lay's captured the quintessential American dishes with its new flavor lineup, as many of them just happen to be The 50 Most Iconic Foods From All 50 States.