Our Guide to Every Kitchen Knife You Need

Pro chefs reveal the blades every home cook should have in their block.

Even if you're starting out as a beginner home cook, you likely know that certain knives are must-have tools for your home kitchen. The question is, which ones do you really need? Go into any housewares store, and you could get easily overwhelmed by all the knives available to you, many of which will probably go unused at home. To help you stock up smartly, we've consulted with various professional chefs to narrow down the best kitchen knives you should invest in for success in the kitchen, whether you're slicing meats, fruits, vegetables, or anything else.

"You can do so much with this type of knife, from butchering a chicken to using it as a boning knife if you needed to," says Tom Douglas, a Seattle-based James Beard Award winner for Outstanding Restaurateur (he also runs a cooking school and produces a line of kitchen products such as knives, seasoning rubs, and sauces).

He adds that a strong stainless-steel blade on this knife enables it to work well as a cleaver, too, making it very versatile.

Jodi Moreno, a trained natural-foods chef in New York and a blogger at What's Cooking, Good Looking?, agrees, noting that it's worth your while to find a durable chef's knife that will last well into your home kitchen's life. "Look for a high-quality knife, and make sure you maintain it by sharpening it often," she says.

A serrated knife is one that is intended for slicing rather than chopping, as it works in a sawing motion to cut through your ingredients.

"This useful knife is my personal favorite, and the next most important one to have after the chef's knife," Moreno says. "I find that a midsize (5- to 6-inch) serrated knife would be the best choice and most versatile, because it's great to use for breads, as well as vegetables that require more 'grip,' such as tomatoes or citrus."

Douglas adds that a serrated knife is useful for slicing bread or thin-skinned fruit like tomatoes if a regular chef's knife isn't sharp enough.

"This small knife is handy for most anything you would normally use a peeler for," Douglas says. A paring knife can also work well for tasks that might be too small for a chef's knife, such as coring fruit or deveining shrimp.

Douglas says he leans toward this kitchen tool when it comes to chopping herbs. Kitchen shears are also great for cutting lettuce and other leafy greens without draining their juices, or for cutting through poultry bones without getting stuck. 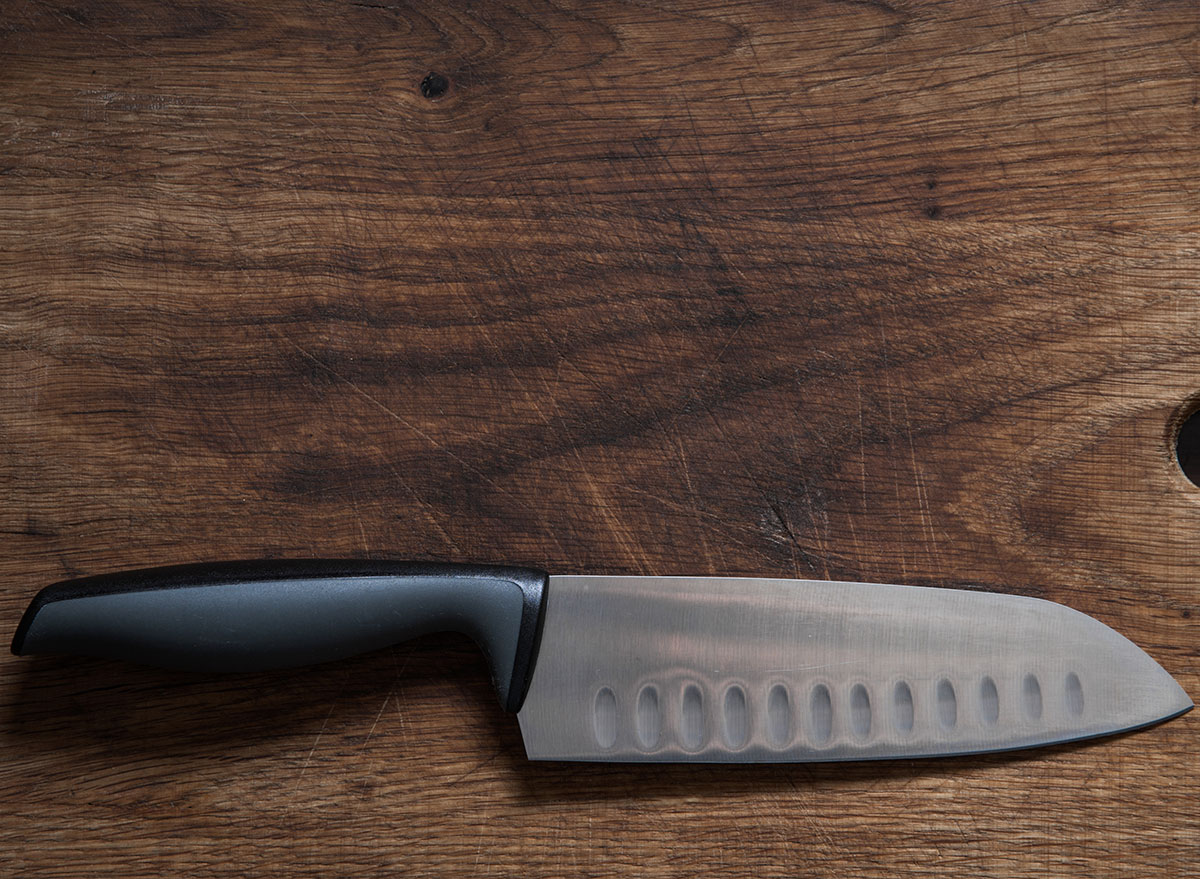 "I think this small knife is a must-have because it's versatile and is great for working with meats, veggies, and just about anything," says Stephanie Izard, a James Beard–nominated chef and restaurant owner in Chicago who won Top Chef season 4 and Iron Chef Gauntlet season 1. "Mine is a Kikuichi, but a home chef can pick up a more affordable version at any housewares store."

If you want to go beyond the basics

Although Douglas thinks it's not required to have any more knives than the ones already mentioned, it can be a luxury to have some single-purpose blades.

"If you keep a large rounded-edge knife around for butchering large fish, that's pretty much a one-use knife," he says. "Additionally, a boning knife with a bigger, thicker blade for large foods and a smaller blade for smaller birds, such as quail and rabbit, are luxury knives that are nice to have, but not a must. Lastly, a long slicing knife can work beautifully whether you're carving prime rib or a large roast, thinly slicing turkey off the carcass, or even slicing up lox."

Other knives on Douglas's luxury list include oyster and clam knives, ham holders, and chipping knives.