Yes, the potato wedges are gone for good.

The KFC menu has remained fairly constant over the years. You can head to pretty much any KFC outpost armed with the knowledge that you'll be able to purchase a bucket of fried chicken if that's what you're after. And, of course, we can't forget the KFC sides, like biscuits and mashed potatoes.

Still, not everything on the KFC menu has stayed the same. These discontinued KFC foods aren't available in the U.S. anymore, but they'll live on in our hearts.

In the not-so-distant past, KFC set itself apart from its fast-food competitors by offering potato wedges, rather than fries. No more! Fries are on the KFC menu now, and potato wedges are discontinued.

If you hate carbs and love meat, the KFC Double Down was a dream come true. Made with two fried chicken pieces rather than a bun, this meal took sandwiches to the next level.

Many fast-food chains, like McDonald's, Popeyes, and Arby's, have iterations of apple pie on their menu. And at one point, KFC did too, with its apple turnover. These days, you can get a full Bundt cake at KFC, but not a baked apple treat.

This limited-edition sandwich added Cheetos and a mysterious Cheetos sauce to the KFC chicken sandwich. It was messy and hard to eat, though—we'll keep our Cheetos on the side, thanks. 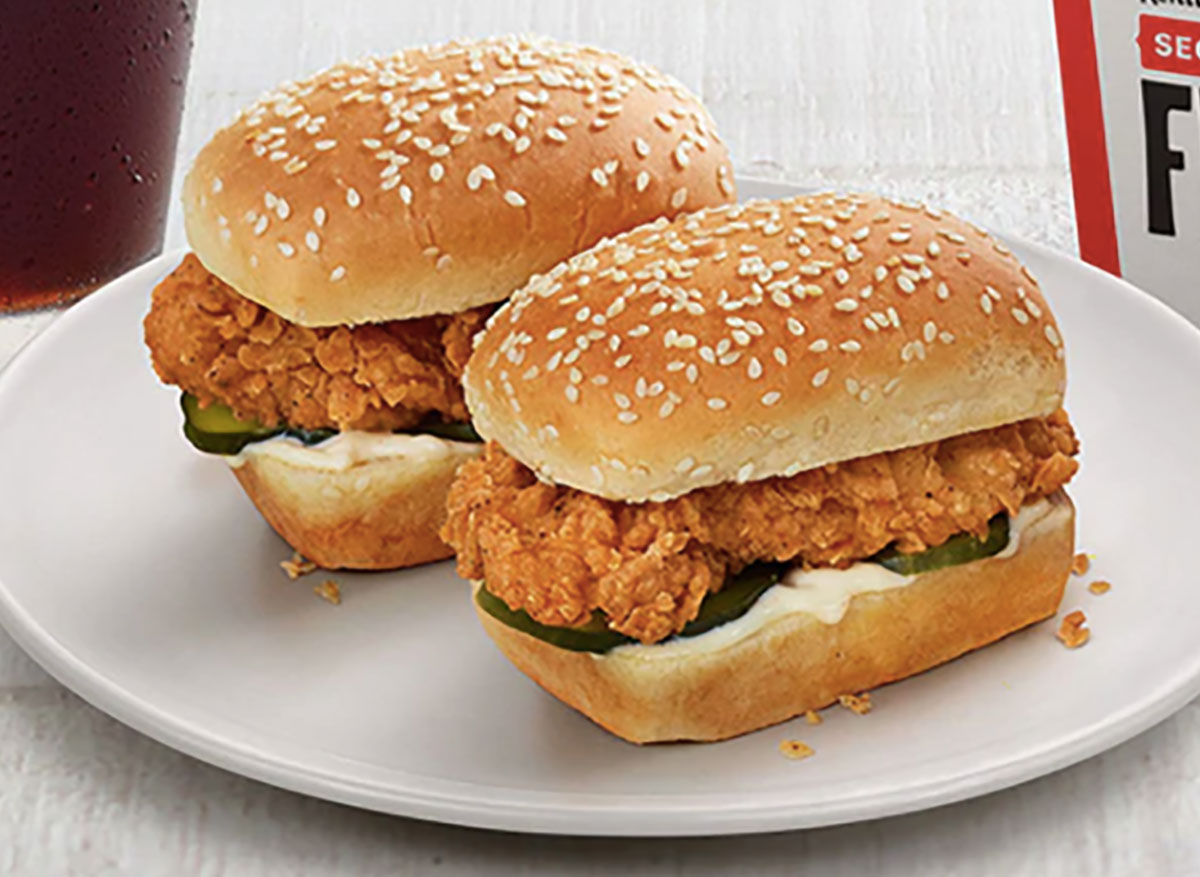 The Zinger sandwich is popular at KFC outposts in other countries, and for a brief time, it was available in the United States, too. It's not too different from the KFC Crispy Colonel Sandwich, which is still on the KFC menu stateside, but the Zinger promised a chicken breast that was "double hand-breaded and fried to a golden brown."

Meghan De Maria
Meghan De Maria is a senior editor at Eat This, Not That!, specializing in food, product, and restaurant coverage. Read more about Meghan
Filed Under
Chicken // Fast Food // Restaurant Chains