10 Things You Don't Know About Kashi

It's much more than a cereal company...

In the 1980s, buying packaged foods with simple, natural ingredients you could see and pronounce was far from mainstream. That's the decade when we saw a wave of things like Slim Fast and low-fat, high-sugar "diet foods" packed with additives flood the supermarkets. But despite this far-from-holistic hysteria, Kashi—whose mission to cater to consumers seeking whole grains and simple ingredients—came onto the grocery scene in 1984. Though Philip and Gayle Tauber's mission was far from on-trend at the time of their company's inception, Kashi flourished. And over the course of three decades, the brand has slowly built itself into the billion dollar empire that so many of us know and love today.

But despite their undeniable affections, there's a lot that Kashi fans don't know about their favorite healthy food company. Which is exactly why we dug up some must-know fun facts about the company's history, culture, and product nutrition. 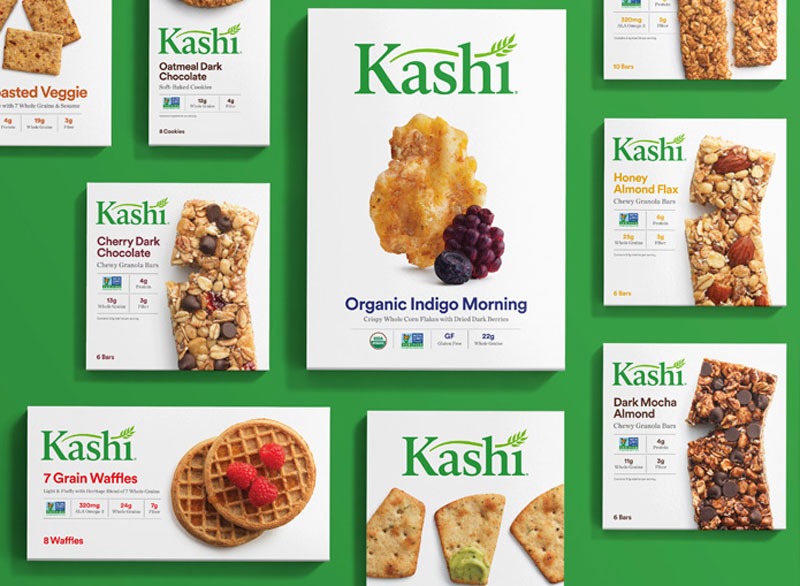 While kicking around company name ideas, "Graino" was a leading contender—that is, until they landed on "Kashi." According to the brand's web page, Kashi comes from two different terms: "Kashruth," meaning kosher or pure food, and "Kushi," the last name of Michio Kushi, a Japanese scholar who popularized the macrobiotic diet in America. They later learned that "Kashi" has meanings in other languages, too. It means "porridge" in Russian, "energy" in Japanese, and "happy" in Chinese.

They're Owned By Kellogg Co. 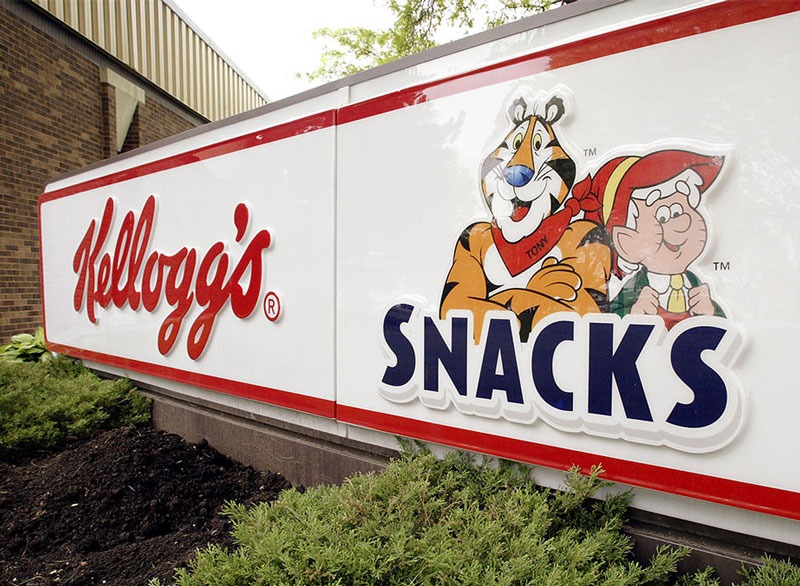 Years before amaranth and quinoa became household names, Kellogg purchased Kashi in 2000 for $33 million. After the acquisition, Kellogg allowed the Southern California-based company to operate autonomously in order to preserve the laid-back culture that helped their staff's creativity flourish. The strategy worked. Kashi was welcomed into major retailers like Walmart and Kroger and by 2002, Kashi drew in enough sales that Kellogg was able to nab the leading market share in U.S. cereal from its arch nemesis, General Mills. Kashi continues to operate as a stand-alone business and brand so they can keep churning out progressive innovations within the natural foods space.

They Have Savory Snack Bars 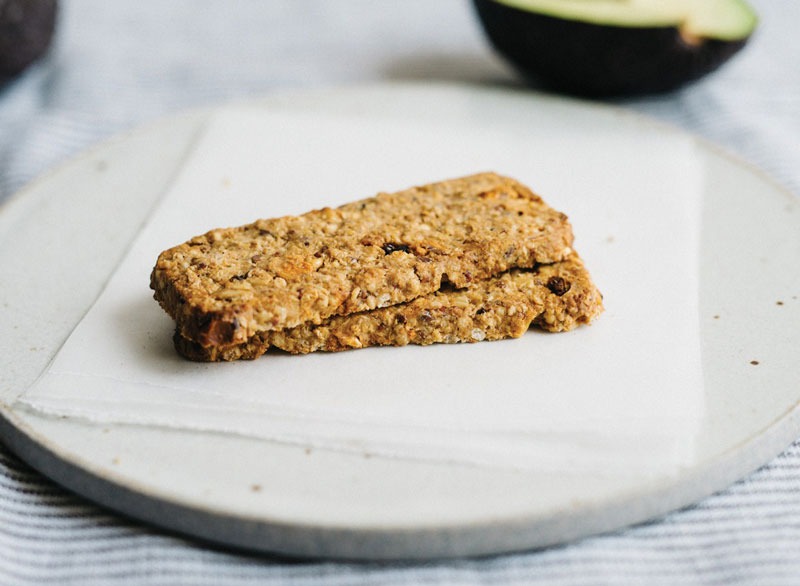 We'd venture to say that most granola bar fans are familiar with Kashi's line of sweet—but not too sugary—granola bars, but not everyone has seen their new line of sophisticated savory bars. (In fact, we've yet to see them on supermarket shelves!) They come in two flavors: Quinoa Corn & Roasted Red Pepper and Basil White Bean & Olive Oil, both of which were inspired by the Andean and Mediterranean regions. They have only three grams of sugar, an impressive four grams of fiber, and their ingredient panels are jam-packed with metabolism-revving superfoods like sunflower seeds, navy bean powder, flax seeds, and millet. So, we see no reason not to get your hands on a box! 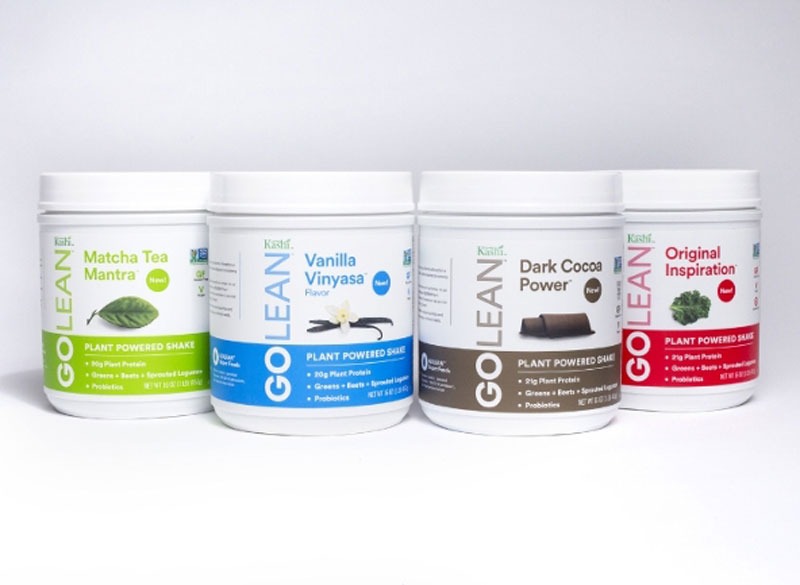 Protein powders made from pea protein, garbanzo beans, flax, quinoa, and dried veggies?! Yes, please! Kashi may be best known for their cereal and grain-based products but the company has recently started testing the waters in the plant-based protein arena with a new-ish line of protein powders. Creativity named flavors like Sun-Up Coconut, Vanilla Vinyasa, and Matcha Tea Mantra. The powders all carry 15 to 21 grams of protein per serving, along with a hefty dose of omega-3s and fiber. Use them to make smoothies, protein-filled oats, and homemade energy bites. 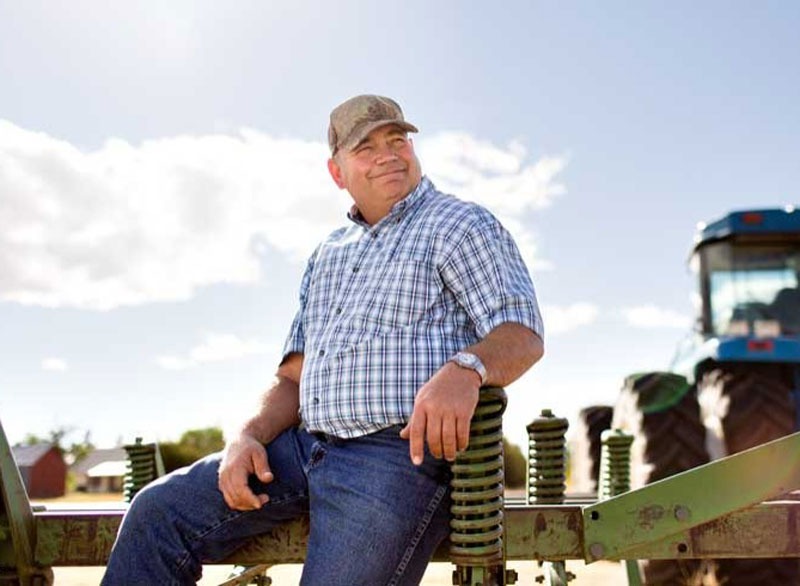 A few years ago, one of Kashi's team members visited a farm and heard all about the challenges of transitioning from conventional to organic farming practices and wanted to help. "These conversations and the challenges we have faced in sourcing organic ingredients inspired us to seek solutions that both meet farmers' needs and increase the availability and accessibility of organics for consumers," Kashi tells us, adding, "We wanted to use our scale to do something powerful to promote sustainable agriculture—for everyone, and for the long term. Certified transitional was our answer. It creates a verifiable way to differentiate transitional crops, which are those grown on fields in the process of converting to organic from conventional." With assistance from Quality Assurance International (QAI), a U.S.-based international organic certification company, Kashi spearheaded the development of certification requirements for this new category of farming and brought a new cereal (Dark Cocoa Karma Shredded Wheat Biscuits) to market to showcase transitional grains and guarantee transitional crop purchases from Certified Transitional farmland.

Their Frozen Entrees Are Super Low-Sodium 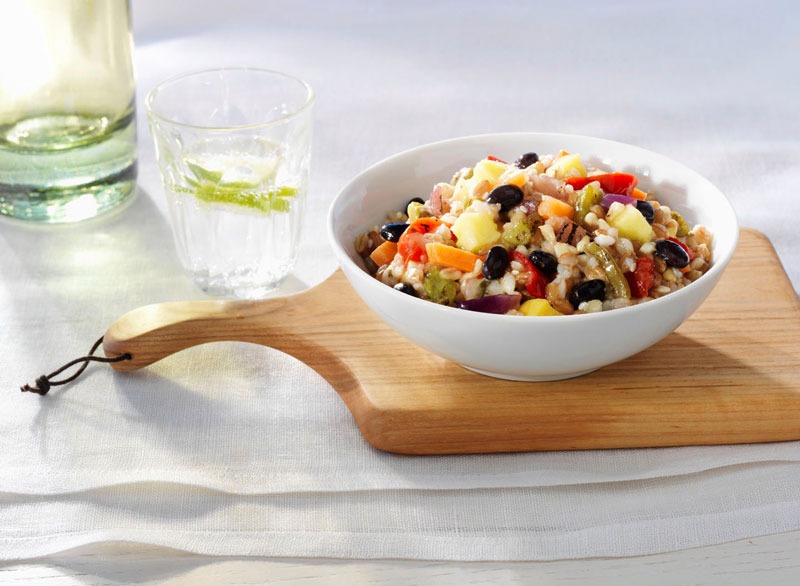 Have you noticed that Kashi's line of frozen meals has shrunk as of late? Well, it's not your imagination. Up until about a year ago, the brand had numerous entree and pizza options outside of their line of grain bowls (which come in varieties like chimichurri quinoa and amaranth polenta plantain), but they got the boot—likely due to their higher sodium content. The four zap-and-eat dishes that remain all have 440 milligrams of sodium or less, which is practically unheard of in the frozen food realm.

They're Friends to Honey Bees 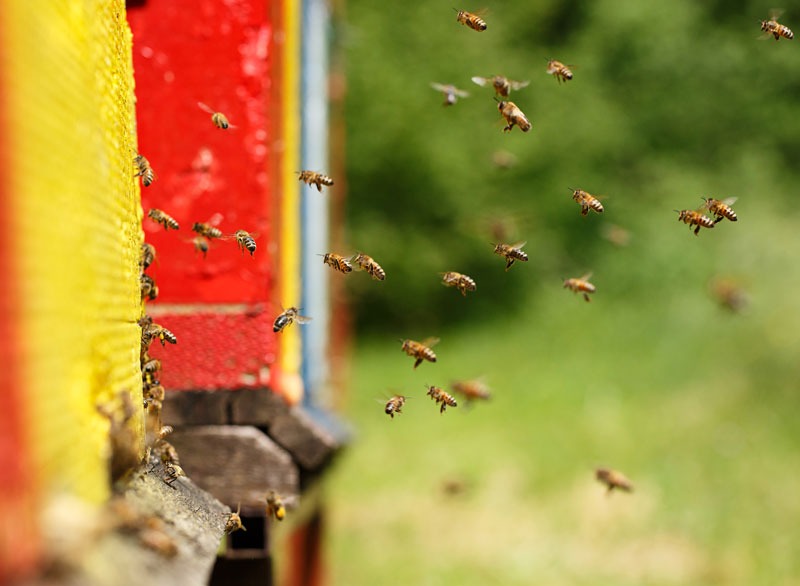 Kashi recently installed six shelters for native bee pollinators at their Solana Beach, California headquarters. "Native bee pollinators" are those that pollinate native plants like cherries, blueberries, and cranberries, and not to mention, up to 80 percent of flowering plants around the world! That said, keeping them safe from habitat loss, fragmentation, and pesticides is of vital importance to the future of agriculture—so it's great Kashi is lending a helping hand.

Nearly All of Their Cereals Are Low Sugar 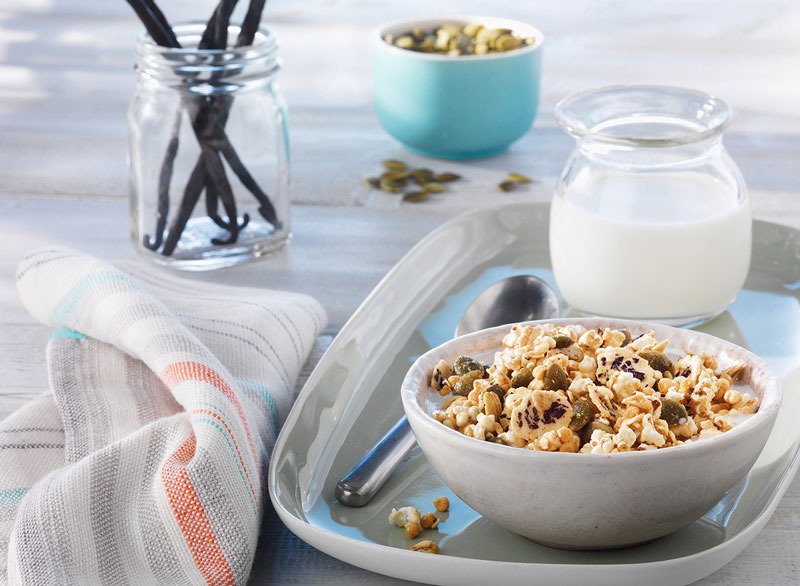 There are tons of cereals on the market that look healthy but are nothing more than Cookie Crisp- and Froot Loop-esque grains in disguise. However, the bulk of Kashi's cereal line doesn't fall into this category, making them a staple for many carb-loving health nuts. In fact, the majority of their varieties carry nine grams of sugar or fewer. We big fans of their 7 Whole Grain Puffs Cereal because a cup has just 100 calories, 3 grams of fiber, and is totally free of sugar! (It's the perfect base for chopped nuts and fresh fruit!) A few of their higher-sugar options include GoLean Honey Almond Flax Crunch Cereal (12 g per ⅔ cup), GoLean Crunch Cereal (13 g per ¾ cup) and Heart to Heart Oat Flakes and Blueberry Clusters (11 g per cup), which just so happens to be one of the worst "good-for-you cereals." The lesson here: Don't just assume all Kashi cereals are healthy. Read labels—always!

They're Obsessed With Sprouted Grains 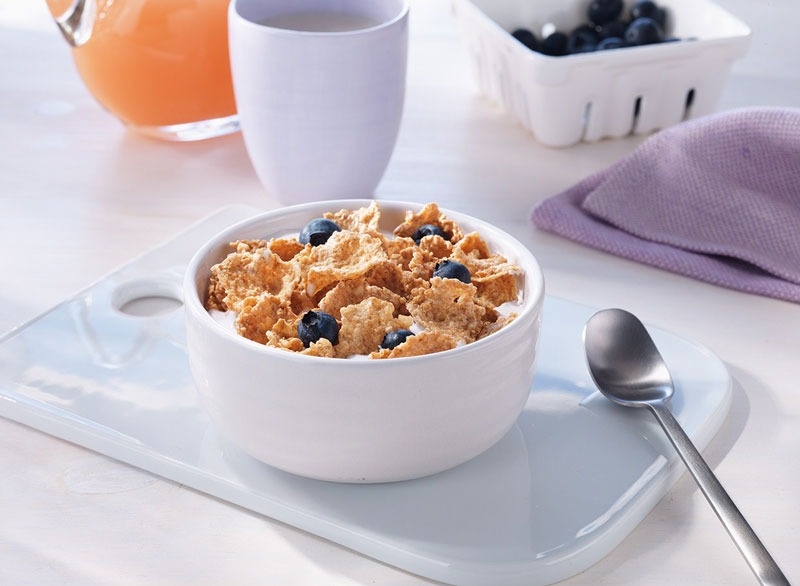 When foods are called "sprouted," it means manufacturers are soaking seeds and allowing them to sprout and extract the most nutrients from your food. While it's a little-known fact, rice, oats, and many other things dubbed as grains are technically also seeds, which is why you've likely seen the phrase "sprouted grains" printed on your bread. To bring more nutrients to their products, Kashi uses things like organic sprouted brown rice, organic sprouted oats, organic sprouted barley, and organic sprouted amaranth, all things not typically found in easy-to-find supermarket products.

50% of Their Products Are Vegan 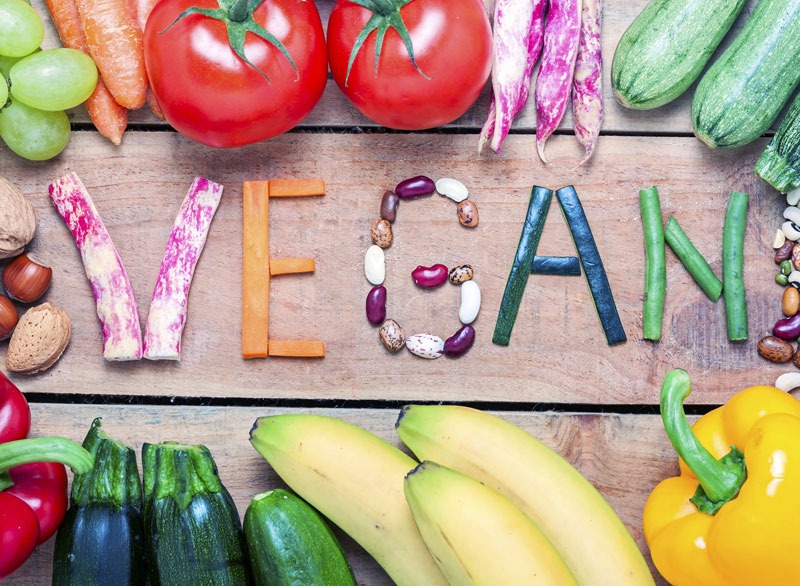 Get this: 50 percent of Kashi's products are vegan, making them a great go-to company for animal-lovers and health nuts alike! Of course, you'll want to read the label of any product you're interested in before you buy it to ensure it fits into your specific diet plan.