Joanna Gaines is unstoppable. She's a world-class decorator. She hosted a reality television show (HGTV's Fixer Upper) for five top-rated seasons. Some real estate experts even credit her (and her husband, Chip) for singlehandedly popularizing the "farmhouse chic" décor trend that's dominated the past decade of interior design. But interior design isn't her only wheelhouse. Gaines is also, if you haven't heard by now, slowly becoming the next Martha Stewart.

Her lifestyle company, Magnolia, has become essential among the Instagram glitterati. According to E! Online, she's launching a new media company in the near future. And just last year, she released her first cookbook, Magnolia Table: A Collection of Recipes for Gathering, to much acclaim. Featuring more than 120 decadent recipes, it quickly rocketed to #1 on The New York Times Bestseller list and even peaked at #2 on Amazon's list, right behind Michelle Obama's Becoming.

Well, home chefs, it's time to rejoice, because the sequel, Magnolia Table, Volume 2: A Collection of Recipes for Gathering, is officially on the way—and you can preorder it this very minute. 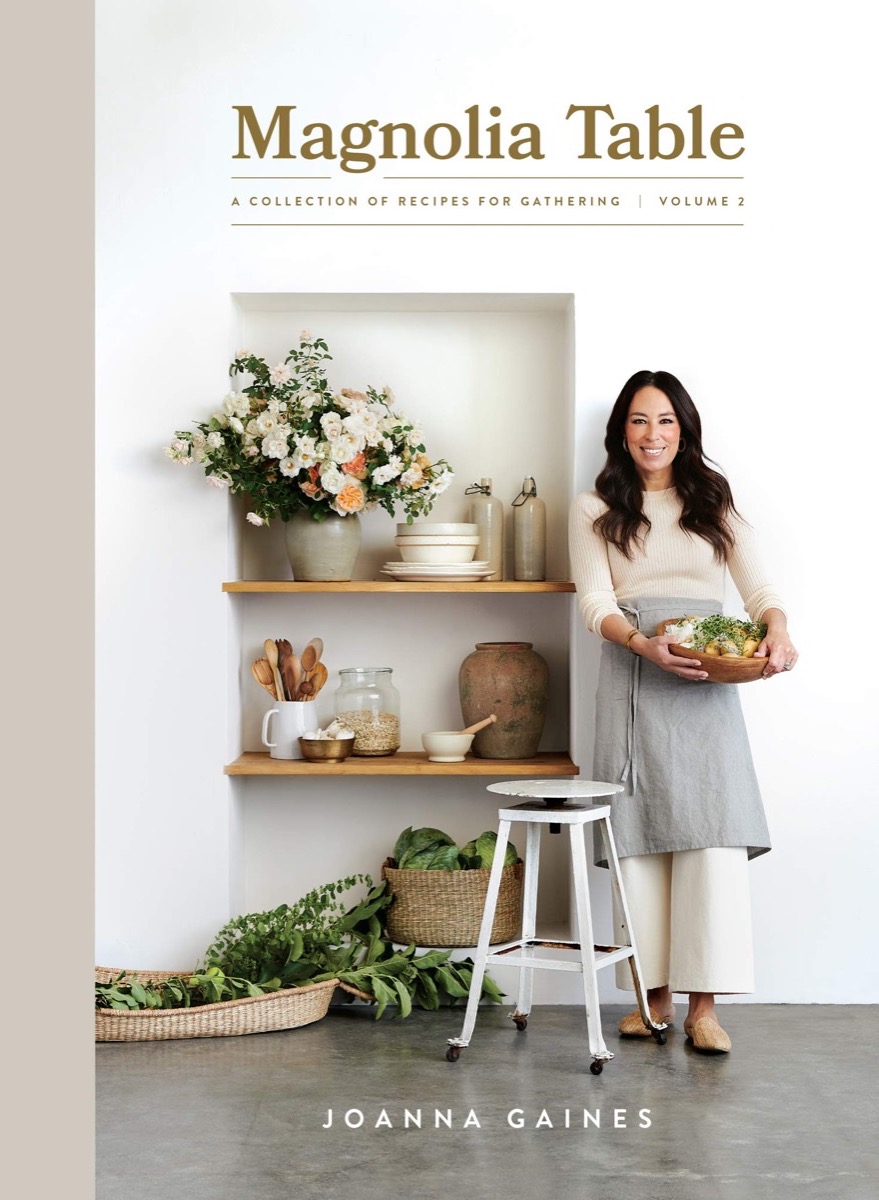 In June, Gaines teased the book to her 12 million Instagram followers, writing: "After months of developing and finalizing recipes, we are excited to start shooting Volume Two of our cookbook!"

Yes, it's been a long time coming, but we finally have some juicy info. For starters, it officially hits shelves on April 7, 2020. Like the first Magnolia Table, it'll feature even more brilliant concoctions from Gaines' brain—think mushroom-gruyere quiche, zucchini-squash strata, or chicken-pecan-asparagus casserole—but it'll also include recipes for breads and baked goods. (For what it's worth, we're particularly enthused about the pumpkin cream cheese bread.) All told, Volume 2 will contain a whopping 145 (!!) recipes.

Ari Notis
Ari is an editor specializing in news and lifestyle. Read more about Ari
Filed Under
News