Start storing bread the correct way so that it doesn't stale as quickly.

Whether you make your own bread or buy it at either a farmers market or local grocery store, it's not hard to detect when a loaf has passed its prime. For example, a French baguette has clearly become stale when it's hard as a rock to cut through. When sliced bread stales, the outer edges of sliced bread begin to harden. There are two culprits that cause bread to lose its freshness: temperature and humidity. So, the key to keeping bread fresh longer is simply controlling these two factors, via the way you store them.

Check out exactly how to keep bread fresh for much longer.

What's the number one way to store bread in order for it to last longer?

First, it's important to note that you should never keep bread in the refrigerator. There are plenty of foods that must be stored in the fridge to prevent spoilage, and even some surprising ones that you likely would not think to refrigerate, but bread is not one of them. Putting bread in the refrigerator will actually cause it to become stale faster. This is because when bread cools, a chemical reaction occurs within it. Water that was previously absorbed by the starch molecules within the bread migrates to the outside of the bread. When water is removed from starch, its molecules form a crystalline structure, which ultimately results in a crunchy, dry bread. So a refrigerator actually expedites the staling process.

Instead, you should keep your loaves stored on the counter, tightly wrapped and out of the light, or inside of a bread box. Yes, they do in fact still sell these. 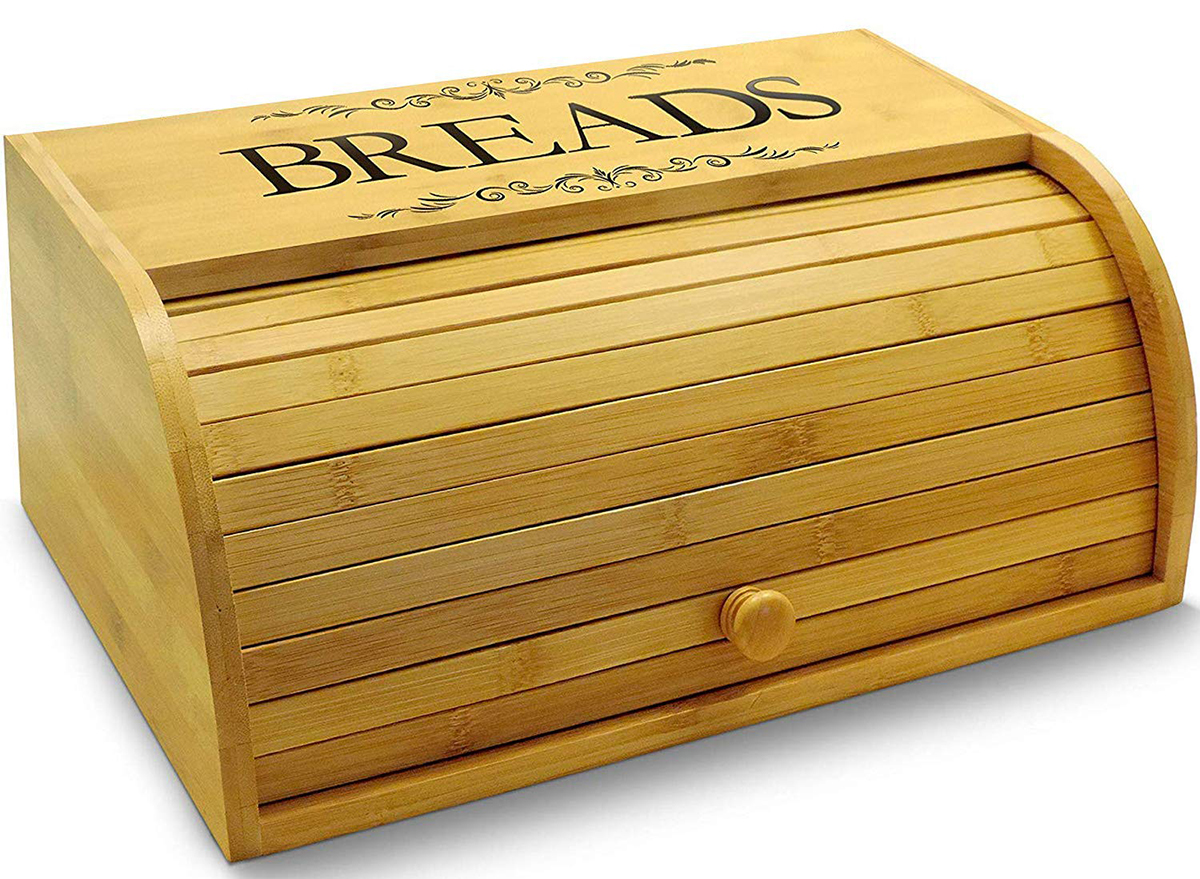 If your counter gets a lot of exposure to sunlight and you don't have a bread box, you can store the tightly wrapped bread in the pantry where it's dark and room temperature. If you cannot gobble up the loaf bread between you and your roommates, family, or friends between three and five days, you'll want to freeze the remaining slices. You can avoid freezer burn by making sure the bread is tightly wrapped in plastic or sealed in a resealable bag before placing in the freezer.

Insider reported that it's best to store slices of bread that you know you won't finish in the freezer the same day you make or purchase them from the store. This way, you freeze the bread in its best form, not when it's on the brink of staling. When you want to revisit the bread, pop it in the oven for 10 to 15 minutes at 350 degrees Fahrenheit and then you're good to start eating. Now, who's ready for a sandwich?