When it comes to the foods you eat every day and the treats you love, there are plenty of so-called facts you've probably never thought to second-guess. Green gummy bears are obviously lime-flavored, German chocolate cake is from Germany, and the hens that lay cage-free eggs roam free on farms, right? Well, not exactly.

Here are 33 facts about food that you've probably believed to be true but are actually food myths worth debunking once and for all.

The five-second rule applies when you drop food. 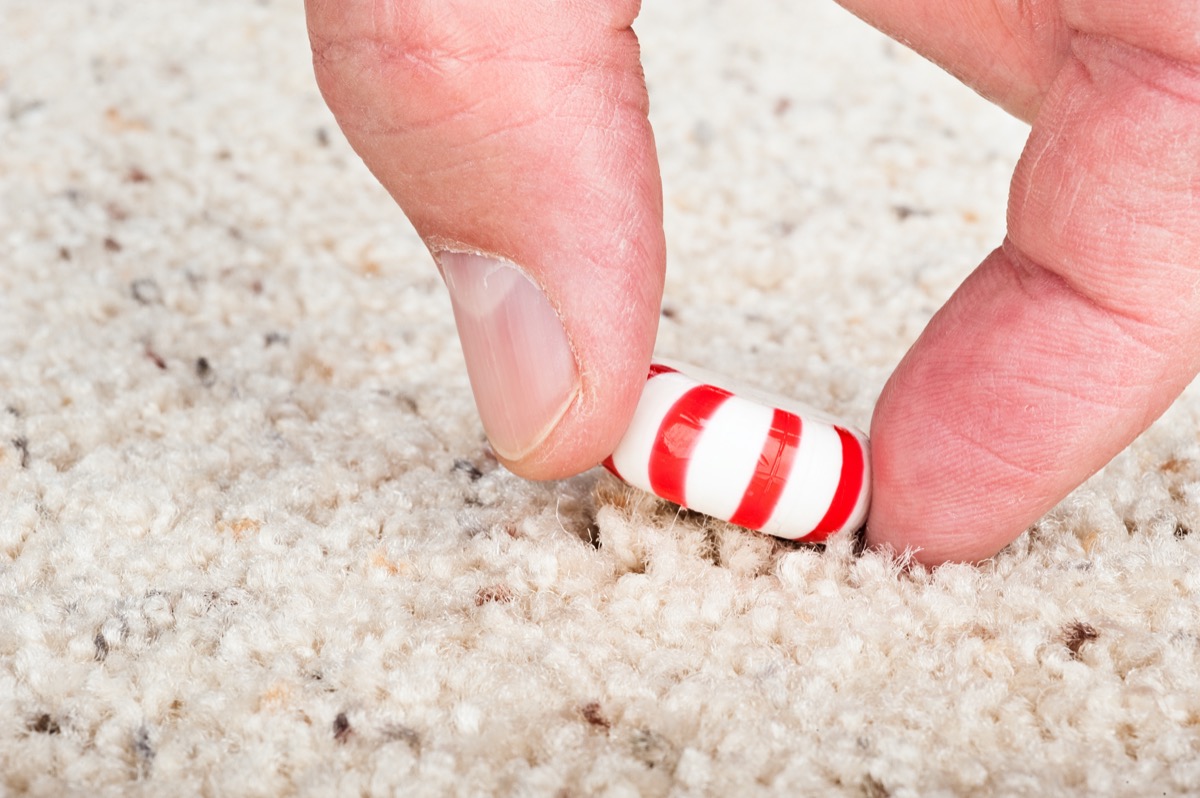 You drop a piece of candy on the floor, pick it up, dust it off, pop in your mouth, and proudly declare, "Five-second rule!" But, the five-second rule (and especially the 10-second rule) are filthy myths: Germs can latch on to your wayward treats pretty darn fast. According to a Rutgers University study, bacteria can transfer to fallen food in under a second in some cases. The wetter the food, the faster the bacteria transfer occurs, researchers found. As an example, the watermelon they tested had the most contamination and gummy candies the least.

Even if hens are "cage-free," they may not have access to the outdoors. The term simply means they can roam in a building, room, or open area instead of being kept in a battery cage.

When you're doing a pantry cleanout and discover a plastic bear-shaped container of honey that's been hibernating in a corner for years, you might be tempted to toss it. But, honey doesn't actually expire! When it's properly stored in sealed containers, it can remain stable for centuries, according to the National Honey Board. However, it might crystallize or lose some of its aroma and flavor over time, so that's why you may see an expiration date.

Genetically modified foods can do everything from preventing apples from browning quickly to making corn resistant to weed killers. GMOs have also come with a good deal of debate as to whether they can pose health problems. So far, though, The National Academy for Science and several other health and science organizations have concluded they are safe.

Actually, the chocolate cake made with coconut and pecans has no ties to Germany whatsoever. Rather, according to NPR, the name comes from Sam German, who, in 1852, created a type of baking chocolate for Baker's.

The company named it "German's chocolate," and it was shortened to "German chocolate" over time.

You can tell if your food is safe by looking at it.

Many people believe you can tell if a food is safe to eat by giving a good look or even sniffing it. But dangerous germs like E. coli or Salmonella won't cause your food to look or smell different.

It's a Toucan Sam Scam! You'd think those multicolored loops would have varying flavors that match their colors. But, nope! They're all the same "froot" flavor. Food Beast confirmed this with a blind taste test and concluded the loops "taste like mildly sweetened cardboard, with negligible or no differences between them." The same goes for Fruity Pebbles and Trix.

At least we have the consistency of Cocoa Pebbles.

Spam is certainly beloved in Hawaii. So much so that on the company's FAQ page, one of the burning questions is: "Why are Spam products so popular in Hawaii?" The answer: Spam was served to GIs during World War II and became a part of the local cuisine, too. But the Hormel product actually debuted in Austin, Minnesota. You can visit the Spam Museum today and find restaurants and local diners with dishes incorporating the canned, cooked pork.

The origin of French fries is a little convoluted, but there's good evidence tracing them back to Belgium, not France, according to National Geographic. Villagers along the River Meuse resorted to frying potatoes when the river froze and they couldn't fry fish. In fact, the golden, deep-fried potatoes aren't even called French fries in France. They go by the alias "frites" or "pommes frites."

Noticeably absent from Dairy Queen's menu is any mention of ice cream. As it turns out, the blizzards, parfaits, cones, and other DQ treats don't have enough milkfat content to meet the Food and Drug Administration's qualifications for ice cream. To be considered ice cream, products need to have a minimum of 10 percent milkfat; DQ soft serve has just five percent.

Raw oysters are dead when you eat them.

The next time you slurp a raw oyster, know this: There's a chance it's still alive. Most restaurants in the United States will keep their oysters alive over ice up until they're shucked, Business Insider explains. After the oyster is shucked, it's either dead or immobile, but because they don't move much anyway, it's difficult to tell.

You can fry an egg on a sidewalk.

If you've ever heard the expression "it's so hot out you could fry an egg on the sidewalk," you may have wondered about the validity of this claim. It would be pretty tough to actually cook an egg on the sidewalk, though, because it's a poor heat conductor, according to the Library of Congress. An egg needs heat as high as 158 degrees Fahrenheit to cook through, and a hot sidewalk might only get up to 145 degrees Fahrenheit.

As a kid, you probably heard that you shouldn't swallow gum because it could take seven years to digest. But you can rest easy: Gum isn't sticking to your intestinal tract like it does the bottom of your shoes. Your body digests gum just like it does any other food, according to the Duke University Health System.

Technically, white chocolate isn't chocolate. It's made with sugar, milk products, vanilla, cocoa butter, and lecithin, but doesn't have chocolate solids, explains Bon Appetit. To be labeled white chocolate, though, it must have at least 20 percent cocoa fat, according to the Food and Drug Administration's requirements.

Those pre-packaged, plastic-wrapped American cheese slices you make grilled cheese sandwiches or cheeseburgers with aren't technically cheese. Rather, they're considered "cheese products." What discerns cheese from cheese products, though? The Auguste Escoffier School of Culinary Arts explains that cheese is made from heating milk, culturing it with enzymes and bacteria, separating out the curds and whey, and then salting and forming the curds into a wheel or block. But the cheese product takes already-made cheese and mixes it with even more salt, preservatives, and emulsifiers.

Figs are packed with vitamins and can be sweet additions to everything from yogurt to pizza to salads. But figs aren't actually fruit. Instead they are a mass of inverted flowers and seeds that are pollinated by tiny wasps, according to The Atlantic.

Wild salmon get their pink pigmentation from eating shrimp and krill. But because farmed salmon would naturally be white or gray, farmers often add pigmented compounds to the food they feed farmed salmon so they are the same pink color as wild salmon.

The fast-food chain gets a lot of questions about whether its burgers are made with "pink slime," a cheap filler which is essentially lean beef trimmings treated with ammonia. In 2014, McDonald's launched a YouTube series to debunk some rumors. "There's no pink slime in any of our meat—not our beef, not our chicken, none of it," the company's director of strategic supply said in the video.

In-N-Out Burger has a secret menu.

A lot of chains have "secret menus." But In-N-Out doesn't want you to feel out of the loop. They've listed their "Not So Secret Menu" online, and really it's just how some of their customers like to customize their orders, like a grilled cheese with no hamburger patty or "animal style," which comes with a mustard-cooked beef patty, pickles, extra spread, grilled onions, and lettuce.

Got a Starbucks-obsessed pre-teen? There's good news: Coffee doesn't actually stunt your growth. How tall you are mostly depends on your genes, and good nutrition helps, too.

You can overcook mushrooms.

While it's easy to dry out or overcook many foods if you're not paying close attention to temps and time, mushrooms are pretty tough to overcook. Chitin, a polymer in mushrooms' cell walls, is heat-stable compared to the protein in meats and pectin in vegetables.

Actually, the sweet potato is a member of the same family as morning glories. White potatoes, meanwhile, are in the nightshade family with tomatoes, tobacco, chile peppers, and eggplants.

Food past its "use-by" date is expired.

Manufacturers have "use by" dates that recommend you use the product by a certain date to ensure the best flavor. But, even if the product changes in taste, texture, or color after the use-by date, it may remain safe to eat. The exceptions to this rule are infant formula and baby foods, which really do need to be consumed by the food date. If you're still confused, here are our 50 best do's and don'ts when it comes to food safety.

Candy corn is a Halloween treat. 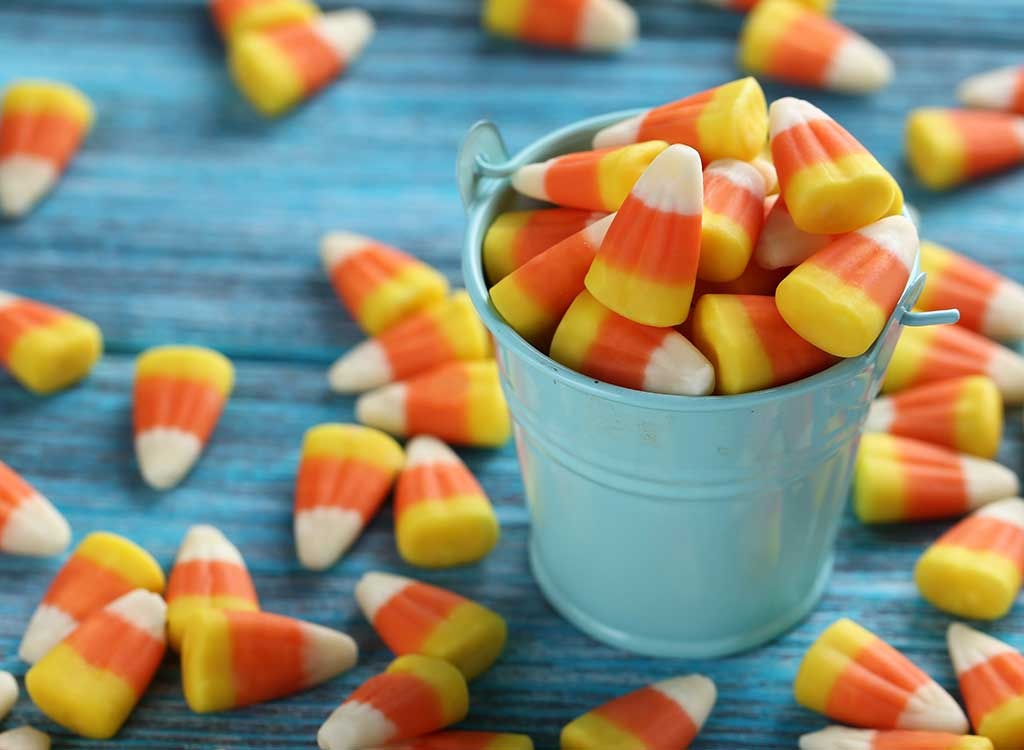 Before it was known as candy corn, this controversial sugary mellow cream candy was called Chicken Feed. Confectioners also made candy pumpkins, turnips, and chestnuts and it was intended to celebrate harvests and be eaten year-round.

There's no such thing as too much candy. 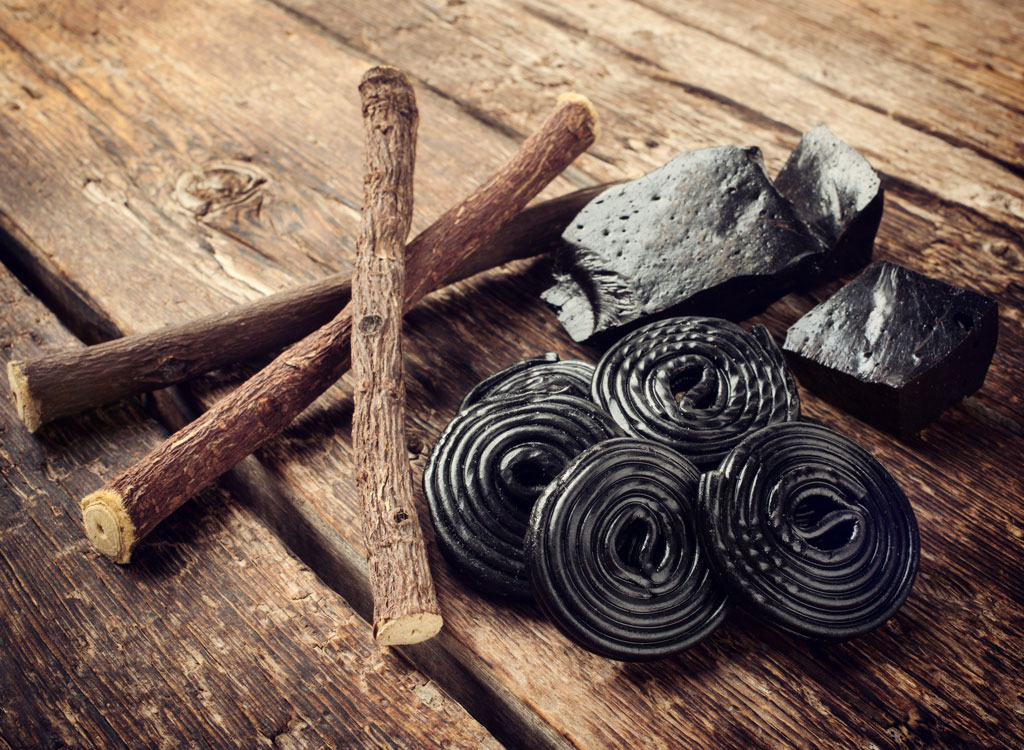 Not everyone loves black licorice. But if you enjoy it, and you're over the age of 40, the Food and Drug Administration warns that you shouldn't eat more than two ounces a day. Doing so for two weeks could land you in the hospital with an irregular heart rhythm. That's because black licorice contains a sweetener derived from licorice root known as glycyrrhizin, which can cause potassium levels to drop. If that happens, some people experience abnormal heart rhythms.

You need to wash chicken before you cook it.

Many people believe that you need to wash poultry before cooking it. But food safety experts advise against this, as doing so can actually spread germs around your kitchen. Plus, water on its own can't kill bacteria.

Walnuts, as well as almonds, pistachios, and cashews, are often marketed as nuts. But technically, they are not nuts, but rather seeds of drupes.

Celery is a negative-calorie food.

You may have believed that it takes more energy to crunch and digest celery than the veggie actually contains. But it's just a myth that celery (and other veggies like lettuce) are "negative-calorie" foods, and there's no research to back up the wishful thinking, according to the Academy of Nutrition and Dietetics.

Check the ingredient label of Mountain Dew and you might find a surprise. The electric green soda contains concentrated orange juice.

Carrots are best for your eye health.

OK, so you probably haven't believed this one since you were a child. But it's true: A watermelon won't grow inside your stomach if you eat the seeds.

Now that you know a little more about these popular (but false) food myths, you can be a little more relaxed the next time you eat turkey or see a slightly "expired" condiment in your pantry.