With coronavirus cases potentially cresting in hotspots like Florida and Arizona, all eyes now turn on states with a worrying number of rising cases and deaths. Dr. Anthony Fauci, the director of the National Institute of Allergy and Infectious Diseases, and the nation's top infectious disease expert, spoke with Good Morning America about which areas he's most worried about—read on to find out which ones.

On Whether Masks Actually Work

"We should all be wearing masks outside….it's very important. There are certain fundamental things we should be doing, particularly if you happen to be in an area with his viral activity wear mask all the time. When you're outside social distancing, six feet, at least avoid crowds, close bars in areas where there's viral activity and do hand hygiene. There's no question about that. So that's something that's not really arguable."

On Which States He's Most Concerned About

"Obviously the Southern States that really actually had a major surge, the Florida, the Texas, the Arizona, the California, they appear, I hope, but it looks like they may be cresting. And coming back down. What I'm concerned about is that… some of the other States, the Ohios, the Indianas, the Tennessees the Kentuckys, that are starting to have that very early indication, that the percent of cases regarding the number of tests that you have, that the percent is starting to go up. That's a sure fire sign that you've got to really be careful."

"If you are trying to open up, please do in a way that's in accordance with the guidelines, the guidelines that we carefully put together some time ago, if you do that carefully, and you do the four or five fundamentals that I mentioned just a moment ago, I think we can prevent the surges that we've seen in the Southern States, because we just can't afford yet again."

On a National Strategy

"If you look at the guidelines, the way we put them out some time ago, that really is the national strategy. This was the recommendation that was made saying, here's what you need to do. If you're at this level, you wait until you have a period of time of a 14 days where it comes down, then you graduate to the next phase. If you do well, there you go to the next phase, obviously, as you've mentioned, some states are not doing that. We would hope that they all now rethink at what happens when you don't adhere to that. We've seen it in plain sight, in the Southern States, that surge. So we've got to get back to a very prudent advance from one stage to another."

On the Being 'Cautiously Optimistic' About the Vaccine

"When I say I'm 'cautiously optimistic,' I mean that. The reason I say that is that the phase three trial  started yesterday—the early data on phase one, which was fundamentally safety, but it was enough for us to see the kind of response that this vaccine induces an individual. And it induced a level of antibodies, which are the proteins that fight the virus at a level that was quite high in the sense of who was comparable, if not better than what we see in the recovery, from natural infection. And that's really one of the issues when you're dealing with vaccines. If you can induce a response, that's at least as good as natural infection, that is a good predictor that you're going to have a vaccine that works. Obviously the proof of the pudding is you've got to do the trial." 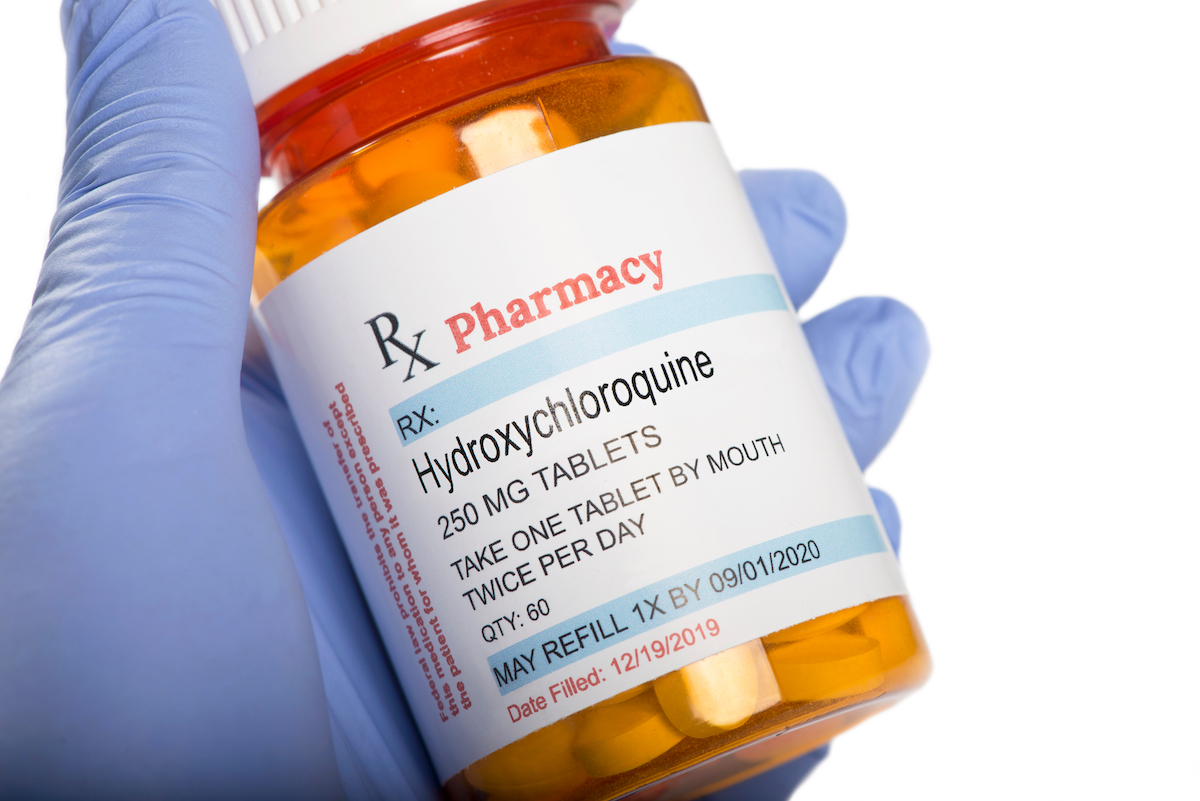 President Trump re-tweeted someone who said it was a cure. Meanwhile, the FDA has not approved it for emergency use. Says Fauci: "I go along with FDA. The overwhelming prevailing clinical trials that have looked at the efficacy of hydroxychloroquine have indicated that it is not effective in coronavirus disease."

Do as Fauci Does

Mask up, get tested if you think you have coronavirus, avoid crowds (and bars, and house parties), practice social distancing, only run essential errands, wash your hands regularly, disinfect frequently touched surfaces, and to get through this pandemic at your healthiest, don't miss these 37 Places You're Most Likely to Catch Coronavirus.