Next time you're in a bind, opt for one of these meals and banish excess calories for good.

"How did Americans get so fat?"

Of all the questions we get, this is by far the most common. There are many reasons: We've added extra calories to basic foods, everything from pasta sauce to ketchup. We're drinking more calories than ever—450 a day, on average. And, of course, we've been trained to supersize it. Those "value" meals we order through the clown's mouth cost us only 17 percent more money, but 73 percent more calories. That's dummy economics—you wouldn't buy a new Blu-Ray disc and then pay the electronics store to throw in some old, worn-out videotapes, would you? And so, everytime we eat out, we add 134 calories to our daily intake.

We understand that life is hectic and fast-food meals are inevitable. That's why we created the runaway bestseller Eat This, Not That! back in 2007.

Want proof? Here are 7 healthy fast-food meals with fewer than 350 calories – updated with new additions for 2014. Next time you're in a bind, opt for one of these meals and banish excess calories for good. 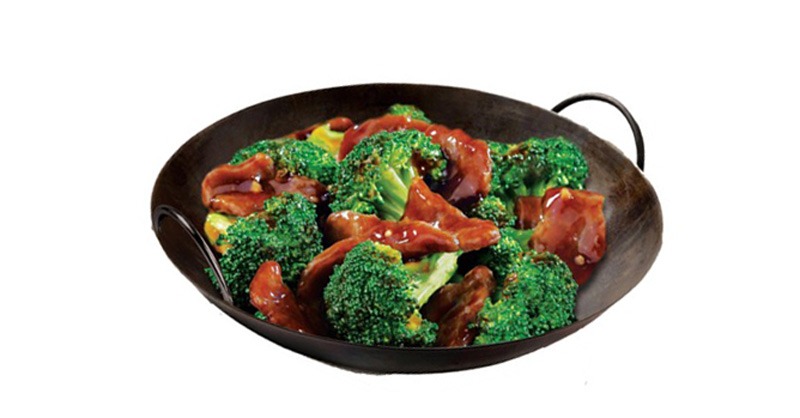 Panda actually has several options that come in below the 350-calorie mark. As with any Chinese meal, the key is skipping the greasy mound of fried rice and the oily tangle of noodles. Pair a low-calorie entrée such as the Broccoli Beef or the string Bean Chicken Breast with a side of veggies and you wind up with a fairly nutritious meal with plenty of protein to keep you full. Entrees to avoid: Beijing Beef, Orange Chicken, and adding Fried Rice or Chow Mein to your meal.

Eat This! Instead of Panda Express' Beijing Beef with Fried Rice to save: 1,030 calories, 41.5 grams of fat, 630 mg of sodium, and a half day's worth of saturated fat!

The health halo surrounding Subway is a boon for the sandwich chain, but for everyone else, it's quite problematic. The numbers Subway advertises are only for a 6-inch sub and don't account for cheese, mayo, olive oil, or any extras most people get on their sub. Order a 12-inch sandwich with a couple of extras and your "healthy" sub suddenly becomes an 800-calorie, diet-sinking torpedo. To be fair, though, there are many nutritious sandwich combinations at Subway, and this is one of them. Just make sure to go with 6 inches (not 12), mustard (not mayo), and take advantage of Subway's best option: unlimited veggies.

Eat This! Instead of Subway's 6" Big Hot Pastrami with Provolone Cheese to save: 310 calories, 26 grams of fat, 945 mg of sodium, and almost half a day's worth of saturated fat! 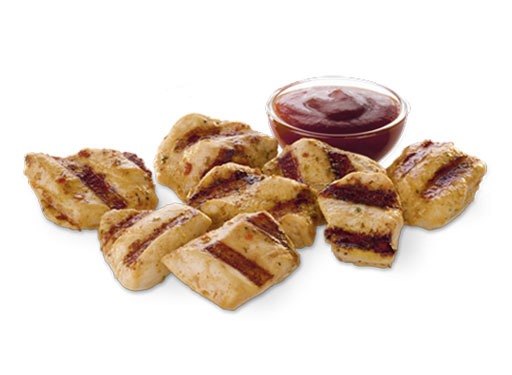 When it comes to healthy fast-food chicken, Chick-fil-A definitely rules the roost. Lately, though, we've seen sodium and calorie counts starting to creep upward, so we'll be keeping a sharp eye on them this year. This 8-count nugget is packed with 23 grams of hunger-blasting protein and is the perfect midday meal. Just make sure you stay away from the Chick-fil-A Sauce for dipping. One tub contains 140 calories. 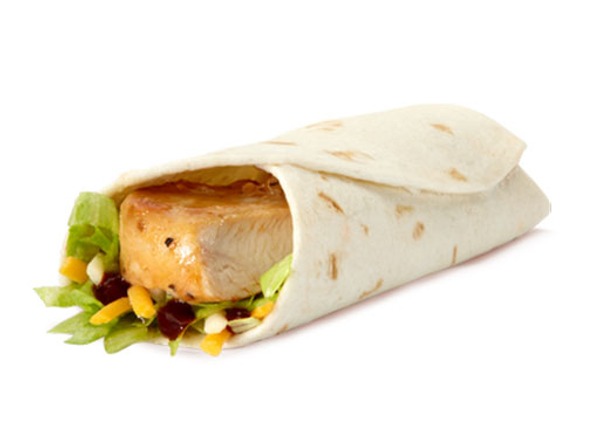 You'd be hard-pressed to find a healthier wrap at any other major fast-food chain. Why? Because this one only contains five ingredients: grilled chicken, flour tortilla, jack and cheddar cheese, lettuce, and chipotle BBQ sauce. That's the kind of ingredient list we like to see: simple and delicious. Tack on a side salad and you've got a well-rounded meal with fewer calories than one Double Cheeseburger.

Eat This! Instead of McDonald's Crispy McWrap Southwest Chicken with Medium Fries to save: 695 calories (an entire meal's worth, basically), 27.5 grams of fat, and 530 mg of sodium! 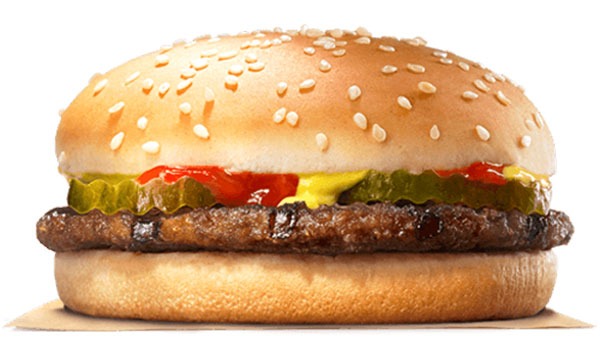 Burger King holds the dubious distinction of being the unhealthiest of the Big Three burger joints, but that doesn't mean you can't concoct a decent meal. By simply 86ing the cheese, the burger becomes one of the most reliable choices in the fast-food kingdom, and BK's fresh apple slices are a delicious yet nutritious side. Together, they make a fine meal if you must dine on the dash. Warning: Every Whopper sandwich has anywhere from 0.5 grams to 4 grams of trans fat. Yikes!

Eat This! Instead of Burger King's Whopper With Medium Fries to save: 800 calories, almost half a day's worth of sodium, and you avoid any trans fats! 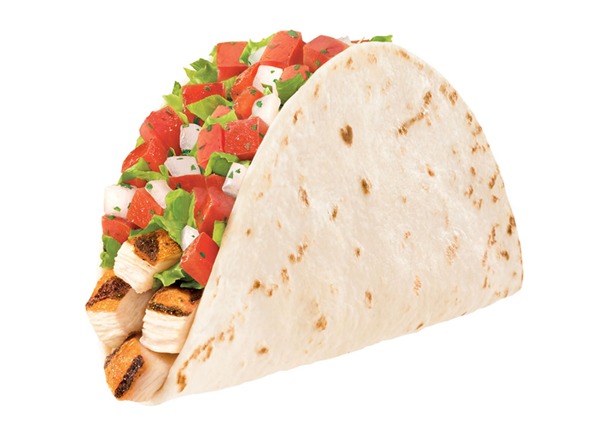 Taco Bell gets a lot of flak for being unhealthy, but truth is, this taco joint provides dozens of possible meal combos for less than 500 calories. The same certainly can't be said for any of the nation's most popular fast-food burger chains. Stick to the Fresco Menu, where not one item is more than 350 calories. That said, Taco Bell's menu still has plenty of pitfalls, so order wisely. Danger lurks in the Smothered Burritos, taco salads, and anything with multiple layers.

Eat This! Instead of Taco Bell's Smothered Shredded Chicken Burrito to save: 1,020 calories, 49 grams of fat, more than half a day's worth of saturated fat, and nearly two days' worth of salt! 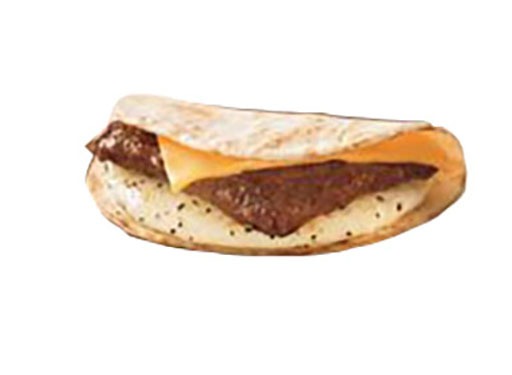 Dunkin' might be known for its donuts, but the DDSmart Menu is the real reason to swing by this spot on your way to work. A couple of Wake-Up Wraps and a small black iced coffee will give you exactly what you need to stay energized through the morning. Typically we avoid recommending egg whites, opting for the whole egg instead, but with trying to keep these meals under 350 calories, we had to bend a bit. Don't worry, though, this meal still delivers 20 grams of hunger-fighting protein. You definitely won't find that in two glazed donuts.

Eat This! Instead of Sausage, Egg & Cheese on Croissant

Eat This, Not That!
Inspired by The New York Times best-selling book series, Eat This, Not That! is a brand that's comprised of an award-winning team of journalists and board-certified experts, doctors, nutritionists, chefs, personal trainers, and dietitians who work together to bring you accurate, timely, informative, and actionable content on food, nutrition, dieting, weight loss, health, wellness, and more. Read more about Eat This
Filed Under
Fast Food // Healthy Menu Options // Restaurant Chains