Eat This, Not That! for a Quick Healthy Breakfast

These seven slimming swaps will jump-start your weight loss while you're still in your PJs!

Early birds and night owls may not agree on waking times or social activities, but the rise of "brinner" proves one thing they have in common: a love of breakfast foods. There are pancakes and waffles, danishes and muffins, colorful cereals and savory egg sandwiches—and better yet, it's all supposed to help you lose weight.

The key phrase being supposed to.

While some believe that sitting down to a nutritionally-lacking breakfast is better than skipping the morning meal altogether, it's best to stick to healthy breakfast foods when you're serious about losing weight and getting a flat stomach. But it can be challenging identifying your best bets. While some breakfast foods are obvious indulgences (hello, cinnamon buns), other, seemingly healthy choices can also sabotage your success.

Swap your a.m go-tos for our delicious slimming picks below to jump-start your progress while you're still in your PJs—now that's what we call a productive morning!

WHEN YOU'RE CRAVING TOASTY CARBS

Even if they're whole-wheat, bagels can pack as many calories as three or four slices of bread. Scary, right? Skip the buttered bagel—a combination that will cost you about 340 calories and 50 grams of carbs—and spread a tablespoon of natural peanut butter on two slices of sprouted grain bread instead. (We like Food For Life's Ezekiel 4:9 varieties, which are found in the freezer section and made with sprouted wheat, barley, rye, oats, millet and brown rice). The savory swap provides eight grams of flab-fighting protein, four grams of satiating fat and will save you nearly 80 calories a day. If you stick with the nut butter and bread for a mere month and a half, you'll drop a pound of fat from your frame.

WHEN YOU NEED SOMETHING FRUITY

Swap your daily cup of orange juice for an actual orange. A piece of fruit not only costs a lot less than a carton of juice but also provides more belly-filling, health-promoting fiber for a fraction of the calories and sugar. In fact, making this swap every day for a month will save you 1,260 calories and 257 grams of the waist-widening sweet stuff—that's what you'd find in 78 Oreo cookies!

WHEN ONLY CEREAL WILL DO

Honey Smacks and Cocoa Pebbles are better left in your childhood memories than your cereal bowl. Morning classics such as these tend to be high in sugar, which can mess with your blood sugar and leave your stomach growling soon after you've finished eaten. They're also lower in vitamins, minerals, fiber and muscle-building protein than their grown-up counterparts. We're fans of high-fiber and protein-rich options like General Mills Wheaties, Erewhon Raisin Bran and these nine other healthy cereals for weight loss.

WHEN YOU'RE IN THE MOOD FOR SOMETHING CREAMY 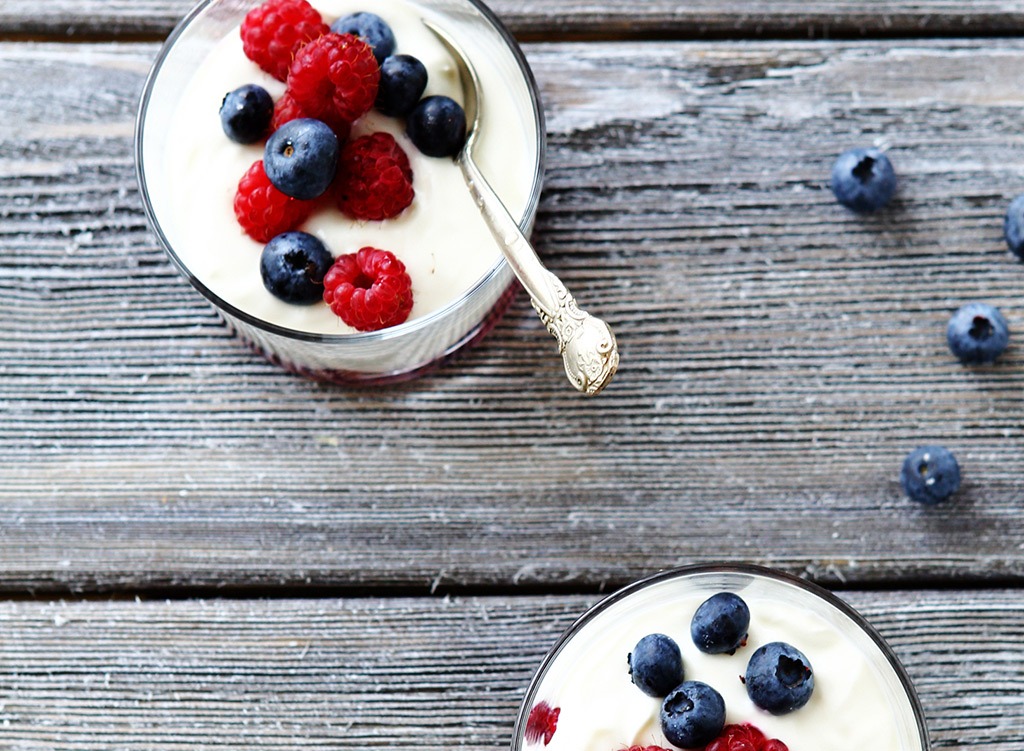 Though all Greek yogurts pack more protein than traditional varieties, not all containers are created equal—especially when it comes to sugar counts. Swap your fruit-flavored yogurt (which could easily be filled with 30 grams of the sweet stuff) for a plain, low-sugar variety like Fage 2%. To add a hint of flavor, top it off with your favorite berries. Strawberries, blueberries, raspberries and blackberries are all packed with polyphenols, naturally occurring chemicals that aid weight loss and stop fat cells from forming. No strawberry-flavored yogurt can claim that!

Everything tastes better with bacon—literally, everything (like these amazing breakfast tacos). But if you make a switch to the turkey variety in the name of weight loss, you'll be doing your body—and your taste buds—a disservice. Sure, ditching the pork saves you 13 calories and a gram of fat per slice, but its poultry replacement is packed with excess sodium. Starting your day with all this salt will cause your body to retain water, giving your stomach a paunchy, bloated look — even if you've lost belly fat. Plus, pork offers more satiating protein and heart-healthy monounsaturated fats than turkey versions. Bear in mind that no matter which option you add to your breakfast plate, serving size matters. Stick to two or three slices per morning.

WHEN YOU WANT TO GET CRACKIN' 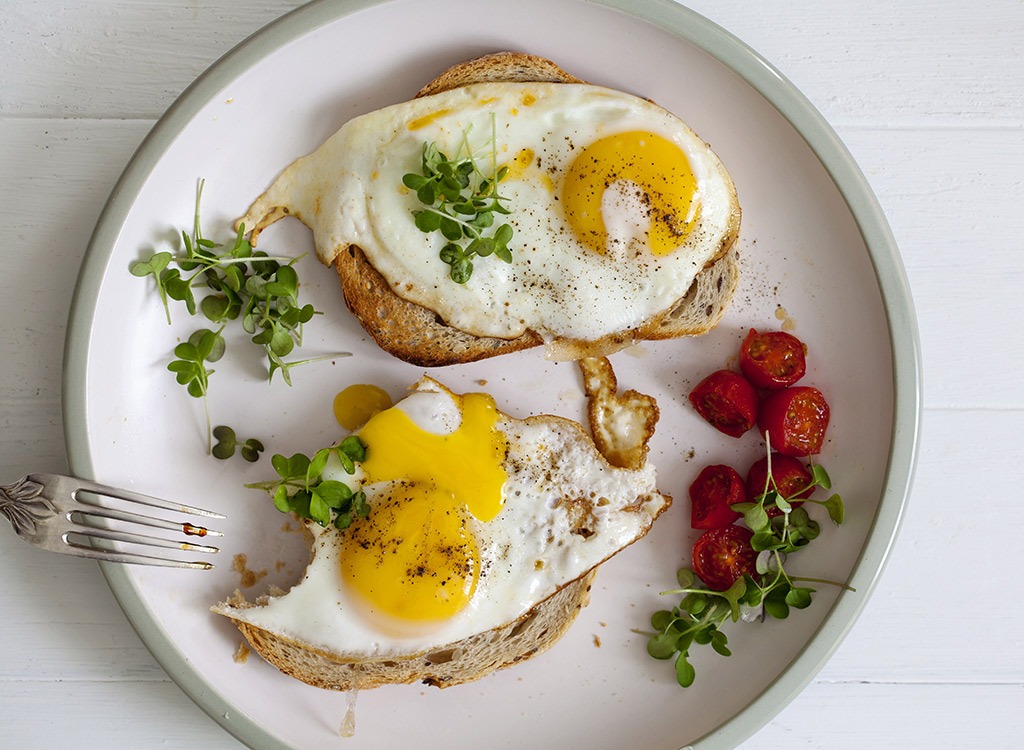 Hard-boiled, fried, poached, scrambled or folded into an omelet: there's no wrong way to eat an egg—unless you remove the yolk. Earlier this year, the 2015 Dietary Guidelines Advisory Committee dropped their longstanding recommendation to limit dietary cholesterol—a nutrient that's abundant in the yellow center of eggs—due to countless studies confirming that this nutrient has little effect on blood cholesterol levels. In fact, the yolk contains choline, a fat-fighting nutrient that can whittle your waistline, making whole egg dishes a definite Eat This!