Dr. Fauci Says We're in 'a Whole Lot of Trouble'

“I think we're facing a whole lot of trouble,” he said.

During a day in which President Trump minimized the coronavirus during a campaign rally,  Dr. Anthony Fauci, a key member of the White House Coronavirus Task Force and director of the National Institute of Allergy and Infectious Diseases, went on CNBC's The News with Shepard Smith to warn us about more trouble ahead. "This is an outbreak of historic proportions, the likes of which we have not seen in 102 years," he said. Read on, and also don't miss these Sure Signs You've Already Had Coronavirus.

Dr. Fauci Described What We're Facing This Fall and Winter

"I think we're facing a whole lot of trouble," he said. "And the reason I say that: we have a baseline of infections. Now that varies between 40 [thousand] and 50,000 per day. That's a bad place to be when you're going into the cooler weather of the fall and the colder weather of the winter. In addition, we would like to see the percent positivity coming down. And unfortunately, if you look at the states of the country—the Midwest, the Northwest, including Iowa—instead of seeing it go in the other direction down, we're seeing an increase in test positivity. So you combine an increase in test positivity, which is always a predictor of cases and ultimately more hospitalizations and ultimately more dead. When you combine that with the baseline of 40, 45, 50,000 new cases a day as you go into a weather system, where are you going to be spending rather than outdoors, which is a perfect setup for an acceleration of respiratory-borne diseases—that is unquestionably a problem. So that's what the concern that I have and that so many of my fellow public health officials have: we're in a bad place. Now we've got to turn this around."

Dr. Fauci Was Asked About Dueling Health Messages That 'Make No Sense'

"Well, that's a problem. There's no doubt about it. You can't run away from that, but that doesn't mean you give up—you've got to keep hammering out the correct public health message. If we do five fundamental things—universal wearing of masks, maintaining physical distance, avoiding congregate settings or crowds, doing things more outdoors, as opposed to indoors and washing hands frequently—those simple things, as simple as they sound, can certainly turn around the spikes that we see and can prevent new spikes from occurring. We know that, that we know that because our experience has proven to us that that is the case. We just need to hunker down and do that."

Dr. Fauci Was Asked if He Had Any New, Creative Ways to Fight 'Mask Tribalism'

"Well, I can't think of any new creative way to do that," he said, "the only thing I could say is that we've got to keep trying to impress upon people. And I have a great deal of faith in the American people and their ability to realize when we're facing a significant problem, we've got to convince them that public health measures is not meaning to shut the government of the country down. We're not talking about shutting anything down. We're talking about using public health measures as a vehicle or a gateway to keeping the country open, to keeping the economy going. It is not an obstacle. It's actually an avenue to keeping the country open. If we can convince people of that, we're in good shape." 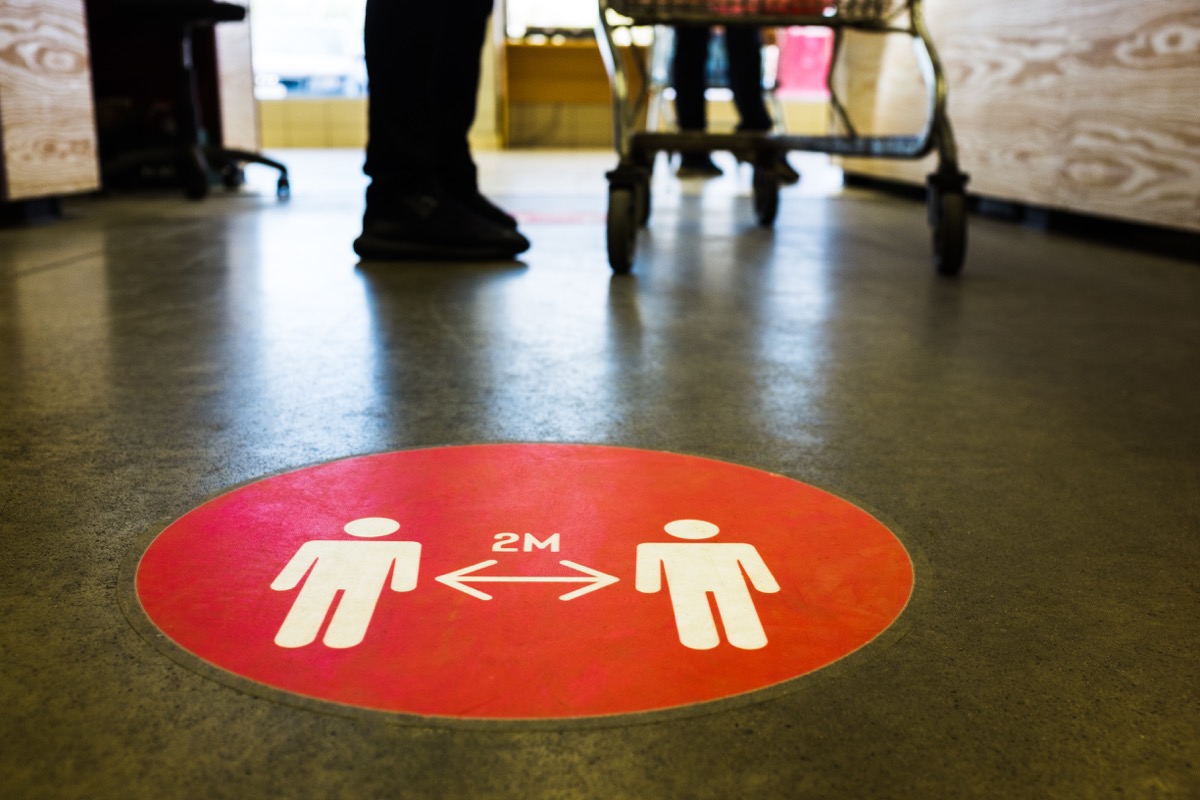 "Well, yeah, they do. I mean, but you don't want to do it in such an offensive way that people, you know, pull back from it. You've got to understand that people do need to have some leeway to do the things that are important for their livelihood. That's why I always stay away from, we're not talking about shutting down the country, but we're talking about prudent, careful, serious public health considerations, like wearing a mask like avoiding congregate settings. That's not very difficult to do. And that should not interfere with getting the economy open."

Dr. Fauci Was Asked About Trump Tweeting That Lockdowns Must End and New York Should Open Up

"Well, you know, New York, after they get a hit really, really badly months and months ago, they did very well in keeping the level of infection, the test positivity down, they're trying to open up, which we're all trying to do," said Fauci. "And they're seeing an uptick in cases. But they've got to do is…hunker down, as I say, which means make sure people do the things that we're talking about. If they do that, they don't need to shut down completely. They need to gradually and carefully open up. And I believe that's what Governor Cuomo is trying to do….I just think that we need to focus on the four or five fundamental things that we need to do," Fauci continued.

Dr. Fauci Said Opening Up Doesn't Have to be an All or Nothing Phenomenon

"We got into trouble when we tried to open up the economy and several States decided it was going to be an all or none phenomenon either they were going to lock down or open up completely. And that doesn't work," Fauci said. "That's the reason why the task force of which I am a member put together some guidelines, whether it was a gateway before you start decreasing, then phase one, phase two and phase three, a gradual way of carefully and prudently opening this all or none phenomenon, either stay shut or pull cable, you know, just throw caution to the wind. Doesn't work. We've proven it doesn't work. So the prudent way in the capital way we know will in fact get us open and we'll do it in a safe way."

Dr. Fauci Reminds Us We're All in This Together

"I think we need to appeal to the better angels of which I know exist in our society. Because when you prevent yourself from getting infected, you do it not only to help yourself, but you do it because you want to not propagate the outbreak. If you say to yourself, 'I don't care. If I get infected, I'm a young person, the chances of my getting seriously ill, very low. So to heck with it, I'm in a vacuum, let me get infected and enjoy whatever it is I want to do'—the problem with that is that by doing that, you are inadvertently, and I'll use the word innocently, propagating the outbreak because although the infection may not hurt you because you're young and healthy, you will almost infect someone else who will infect someone else who will then infect the vulnerable person that can be someone's grandfather. That can be a woman who's on chemotherapy for breast cancer. That could be an immune deficient child. So we've got to stop thinking that we exist in a vacuum only for ourselves. We're all in this together. We're all part of a society. That's either going to get hurt or that's going to get helped by our actions. So we want to be part of the solution, not part of the problem." As for yourself, to get through this pandemic at your healthiest, don't miss these 35 Places You're Most Likely to Catch COVID.