When asked to wear a mask in a restaurant, some customers have become violent.

While diners in some areas of the U.S. have been more than compliant with restaurants' coronavirus rules, others haven't been as empathetic and willing. Some have even become violent with restaurant staff.

Despite regular reminders from experts at both the CDC and the World Health Organization on the importance of wearing a mask, some Americans outwardly refuse to wear them, even when walking into stores and restaurants. The main argument seems to be that they think the coronavirus is a hoax or that they don't believe (or rather understand) in the efficacy of wearing a mask and mitigating the spread of the virus.

In an interview with Dr. Howard Bauchner from the Journal of the American Medical Association, CDC Director Dr. Robert R. Redfield said, "I think if we could get everybody to wear a mask right now I think in four, six, eight weeks we could bring this epidemic under control."

Still, a lot of pushback continues to come from patrons, and a few of their reactions are putting the lives of the restaurant staff in danger. Here are just three of the horrifying ways patrons are responding to restaurant workers asking them to wear a mask while dining at their establishment.

One patron said he was armed.

Restaurant Business recently reported about a customer at RJ's Bob-Be-Que Shack in Mission, Kansas who made it known he was equipped with a concealed weapon after an employee asked him to wear a mask indoors.

"It scared the hell out of my employees and my customers," Bob Palmgren, who works in the kitchen at RJ's, said to Restaurant Business. "I was an MP in the Marine Corps. I'm not afraid of too many people. I said, 'Get out of here.' He left. It could've turned into something much worse."

The man who was armed was also wearing a red "Make America Great Again" hat, echoing how wearing a mask has become politicized among some groups of people.

One customer spit on an employee. 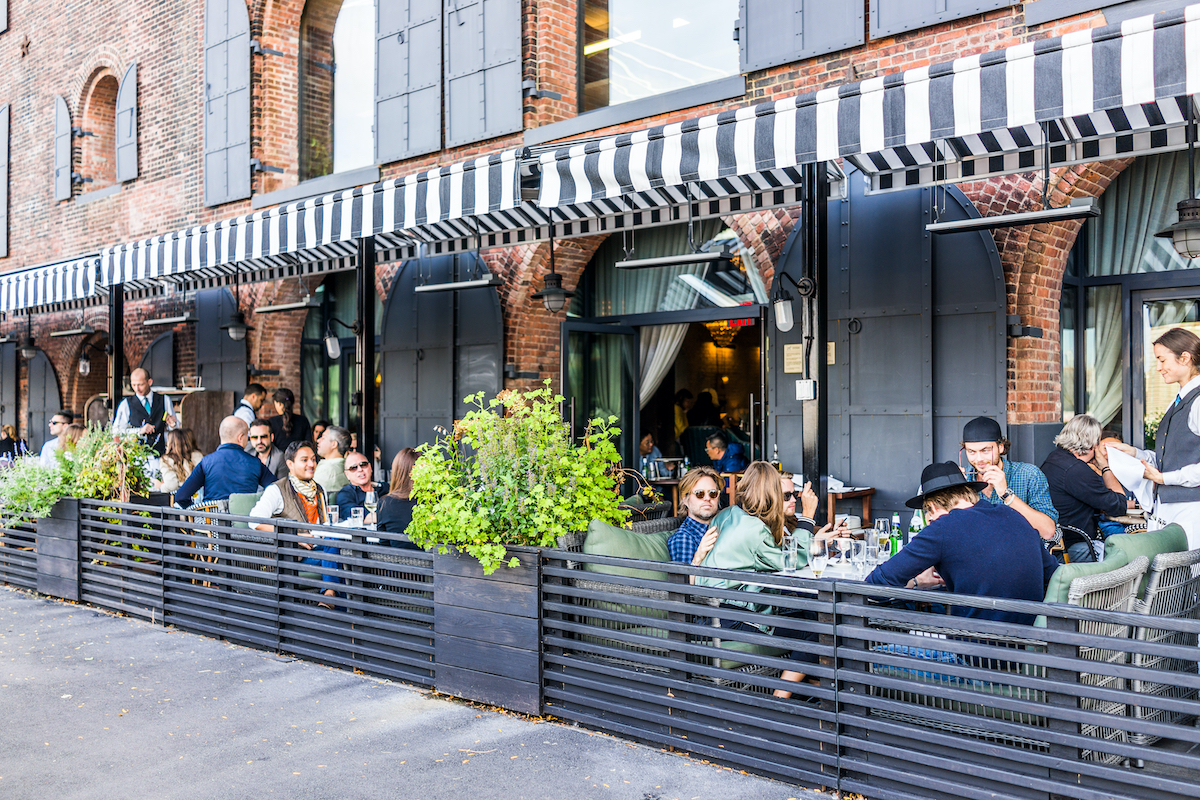 Lily Damtew, the owner of an Ethiopian coffee shop in Old Town Alexandria, Virginia, was on the brink of permanently shuttering her business after a customer, who was maskless, spit in her face. He also proceeded to hurl chicken and rice at her window. But after receiving well wishes from many others in the community, she kept the eatery open, wearing a mask and a face shield to serve customers.

Some diners are throwing objects at the staff.

In Los Angeles, California both locations of Hugo's Tacos announced on Twitter that they would "take a break and recharge" in late June due to customers harassing staff by calling them names as well as launching objects and liquids at them. "A mask isn't symbolic of anything other than our desire to keep our staff healthy," the Twitter statement from the restaurant reads.

Ultimately, wearing a mask is a sign of respect to both restaurant staff and other customers—it has nothing to do with your political views.