First, you glared jealously as a co-worker scarfed a loaded Chipotle sofritas burrito while you hunched forlornly over another ham-and-cheese sandwich. Then you read about how a vegetarian diet is The Most Effective Diet Plan—Ever! Now you're wondering if you should jump on that whole vegan train, at least part-time. (Hey, if it worked for Jay-Z and Beyoncé, it can work for a mere peasant like you, no?)

You could buy into the lame stereotype that plant-based eating is boring, but all those slim and fit vegans wouldn't stick with rabbit food for the long haul if it were. Read on for our favorite plant-based products worth swapping for certain omnivores' delights. 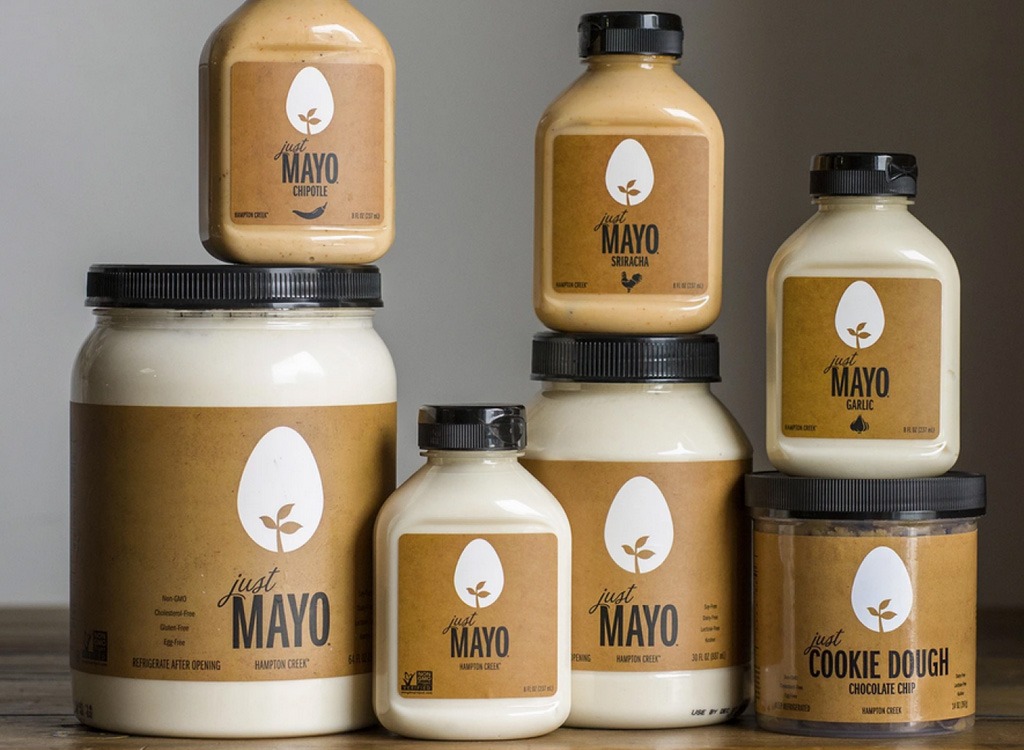 Mayo is the Donald Trump of sandwich spreads: Simultaneously bland and toxic. It's high in cholesterol, often contains allergens like eggs and soy (soybean oil is the first ingredient in Hellman's), and sometimes includes additives you wouldn't want to feed Fido. Enter Hampton Creek. You'll want to lather this plant-based spread onto your next tuna sandwich or vegan wrap, not just because it's vegan, but because it's a tastier and cheaper alternative to the real deal. Made with non-GMO, expeller-pressed canola oil, plus pea protein and other clean ingredients, It's available in tantalizing flavors like Original, Chipotle, Garlic, and Sriracha, which will make your grandma's famous potato salad taste like it was hijacked by your super cool uncle.

Swap Out: Energy Bars with Dairy 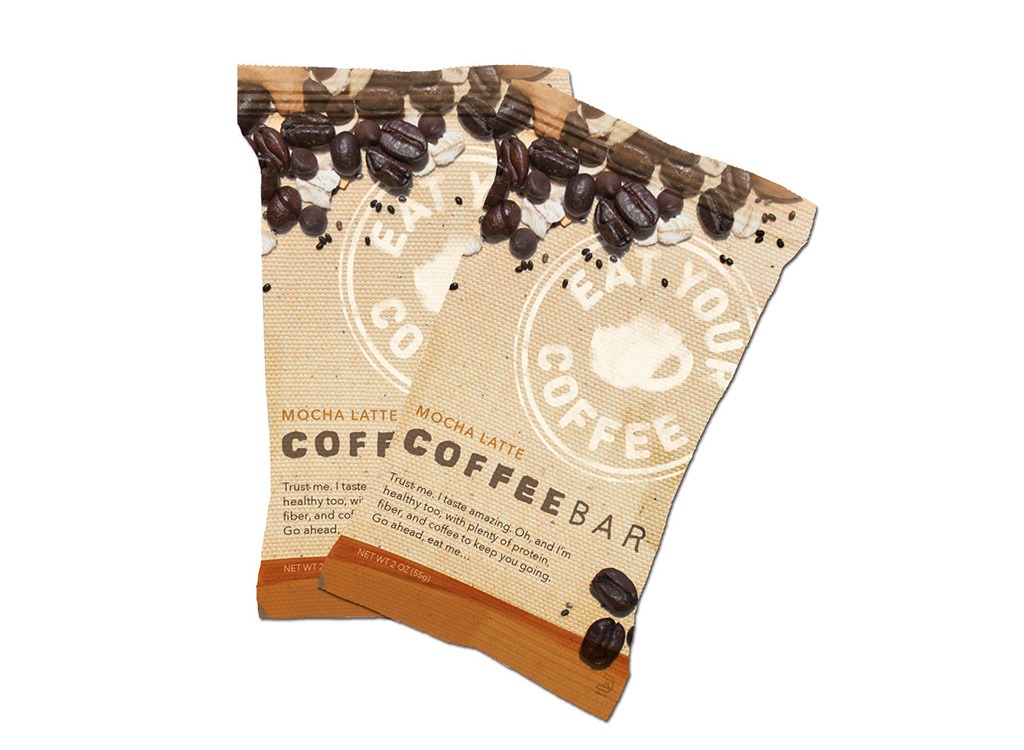 Your favorite cup-based pick-me-up takes the leap to an energy bar created by college kids and approved by exhausted professionals. Instead of whey protein, additives, and chemicals, these Mocha Latte Coffee Bars are made with organic gluten-free oats, almond butter, and chia seeds. It's hard to argue against finding time to #EatYourCoffee, but the added perk of four grams of protein and fiber per serving makes it even more appealing. (P.S.: Make sure to avoid these Worst Energy Bars for Weight Loss at all costs.) 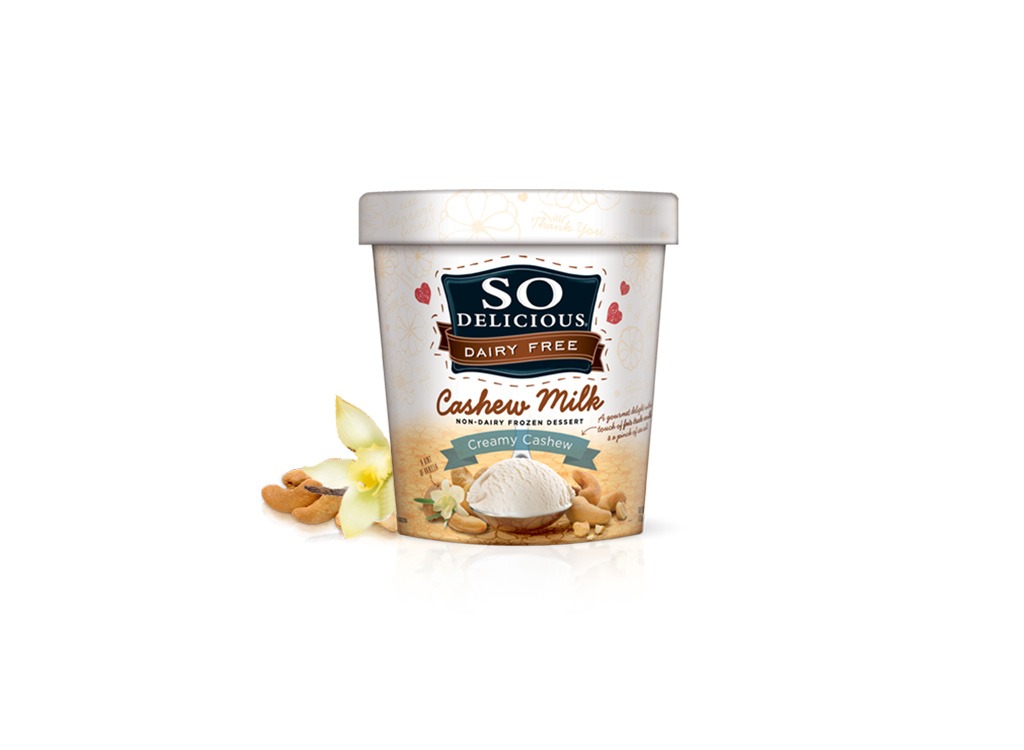 Diving into a pint of plant-based ice cream doesn't mean you have to compromise on decadence. Created with fair trade coffee, vanilla, and cocoa, these cashew-milk frozen desserts have a lust-worthy texture. (Ice cream connoisseurs probably won't be able to differentiate it from the real deal.) They're also lower in calories, fat, and sodium than traditional dairy treats and are Non-GMO Project Verified, and your spoon will never cross paths with artificial flavors or sweeteners. Because they're plant-based, they're free of cholesterol, and because there's a Salted Caramel Cluster flavor, we foresee you making a shortcut to the freezer aisle.

This creamy, flavorful queso transforms the Mexican staple into a savory sauce free of dairy, gluten, soy, nuts, and eggs. In lieu of animal products, it includes nutritional yeast, spices, tomatoes, and green chiles. Rich in nutrients (especially thanks to vitamin B-12 rich nooch yeast, as it's called by fans of the savory, Parmesan-like sprinkles), it only has 10 calories per serving. Available in Original ("Ultimate Vegan Queso"), Fire Roasted, and Roasted Hatch Chile flavors, it's an excellent option for cheese sauce, a veggie burger topping, or over spaghetti for a south-of-the-border spin on alfredo sauce. 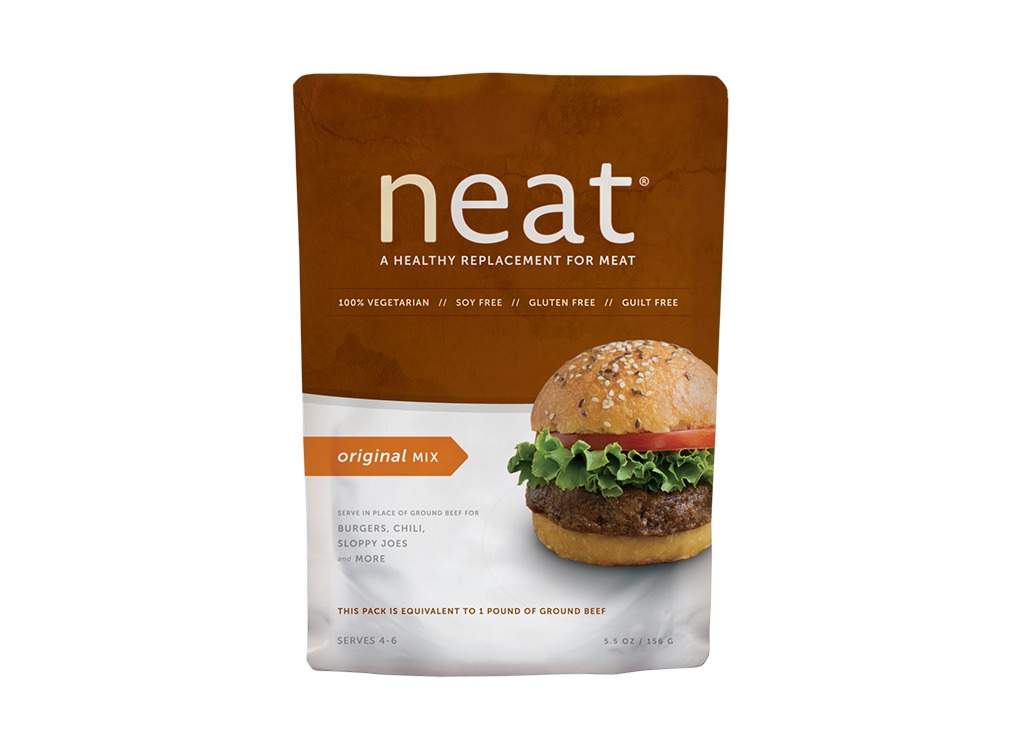 Made from wholesome ingredients like pecans, garbanzo beans, and gluten-free whole grains, these tasty meat substitutes are non-GMO, gluten-free, and kosher, excellent for taco night, sloppy joes, or breakfast burritos. Unlike ground beef, they give trans fat and nasty additives the heave-ho. Whether you're curious about giving Meatless Monday a try, or want to boost the nutritional heft of your veggie burger, the mixes are low in sugar and have only about 200 calories per serving. 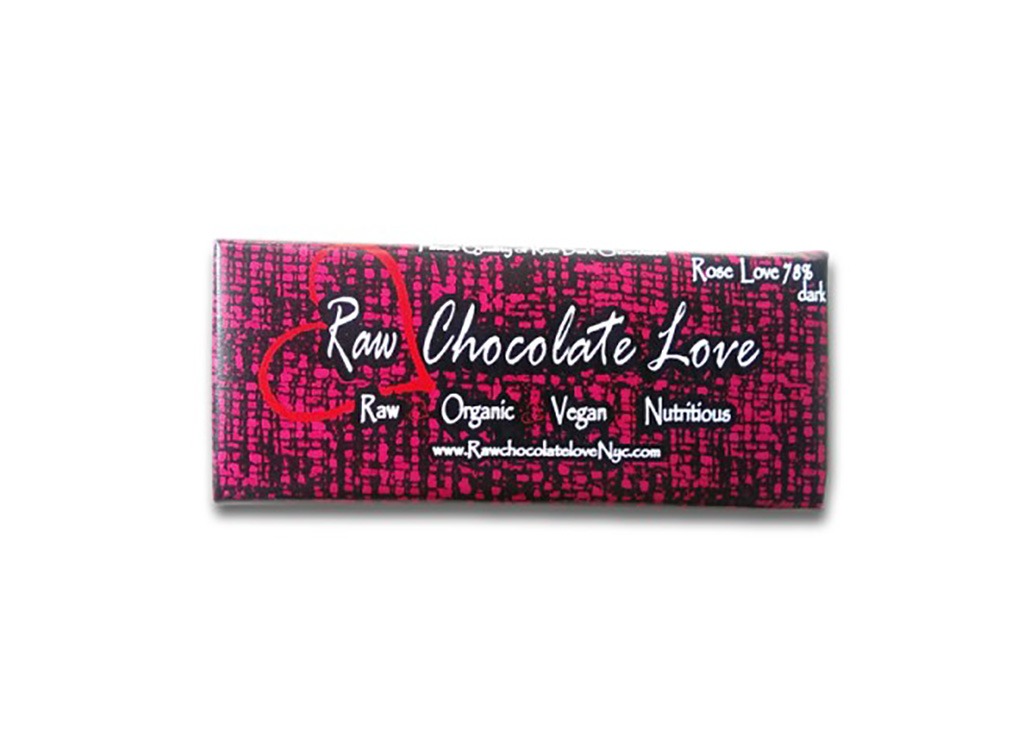 When it comes to losing weight and beating stress, antioxidant-filled dark chocolate is a major ally. These dairy- and egg-free, organic chocolates contain raw cacao, which contains valuable minerals like iron and manganese. Because the flavor is much more robust and intense than a standard chocolate bar, just a one-ounce bite should satisfy your sweet tooth. Pro tip: The higher the cacao percentage (Raw Chocolate Love's are all 78% or higher), the more beneficial the bar is for you. 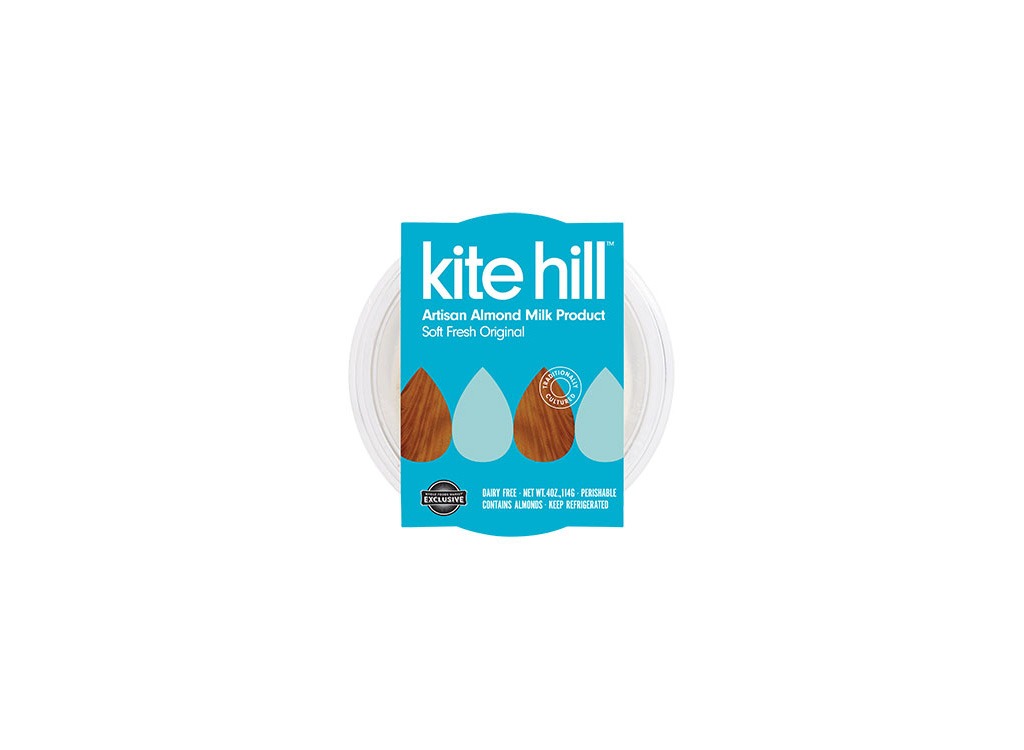 Does your cheeseboard feel empty without a hunk of gouda or brie? We hear you. But given that dairy cheese can be chock full of cholesterol and sodium, vegans are onto something. With ingredient sourcing you can trust, Kite Hill is a welcome reprieve from processed "cheese products" that can sometimes contain less than 51% of actual cheese and an array of emulsifiers and artificial colors. Whether you're craving cream-cheese-style spread or schmancy wheels of almond-milk-based cheese, these artisanal options will dazzle your taste buds. Flavors include Fresh Truffle Dill and Chive, and there's a soft-ripened variety with a rind so realistic you might confuse it for brie. Craving ravioli? You'll love the mushroom-and-ricotta or spinach-and-ricotta versions made with handmade dough. 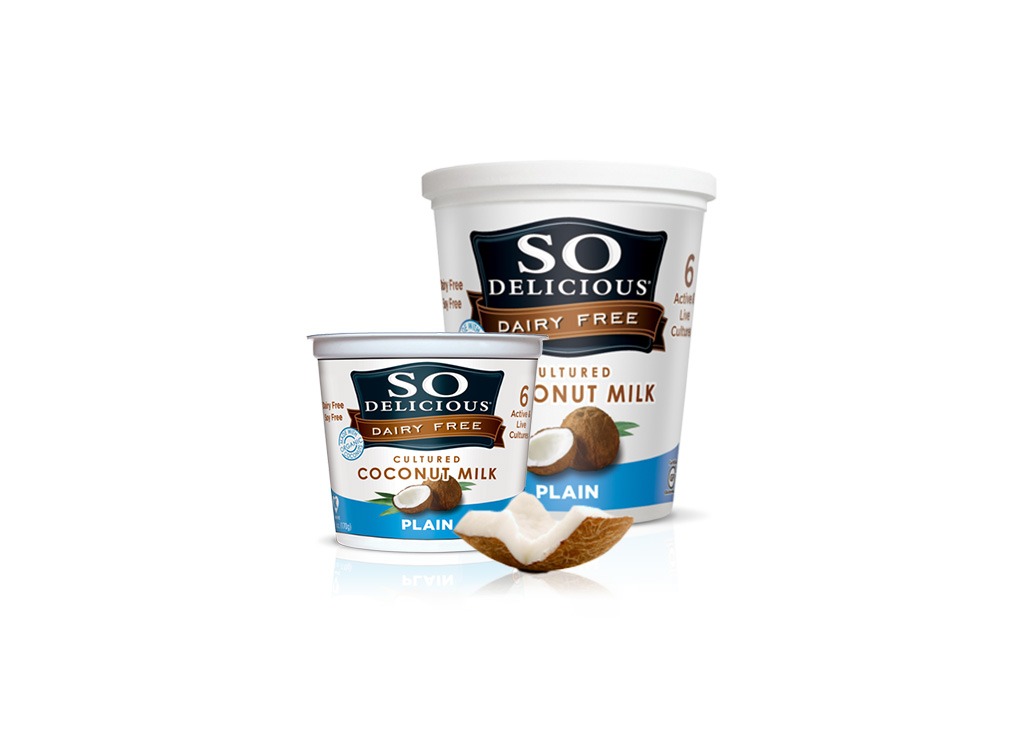 If you worried that eating vegan meant giving up your morning yogurt-and-berries combo, fear not. These cultured coconut milk products, which come in unsweetened and unsweetened vanilla flavors, make a welcome addition to your breakfast bowl. Probiotic-rich, they only have one gram of sugar, which comes naturally from the coconuts (compared to most yogurts, which can have 12 grams or more). Try blending it into your favorite healthy smoothie recipe or enjoying it as a nutrient-dense afternoon snack. 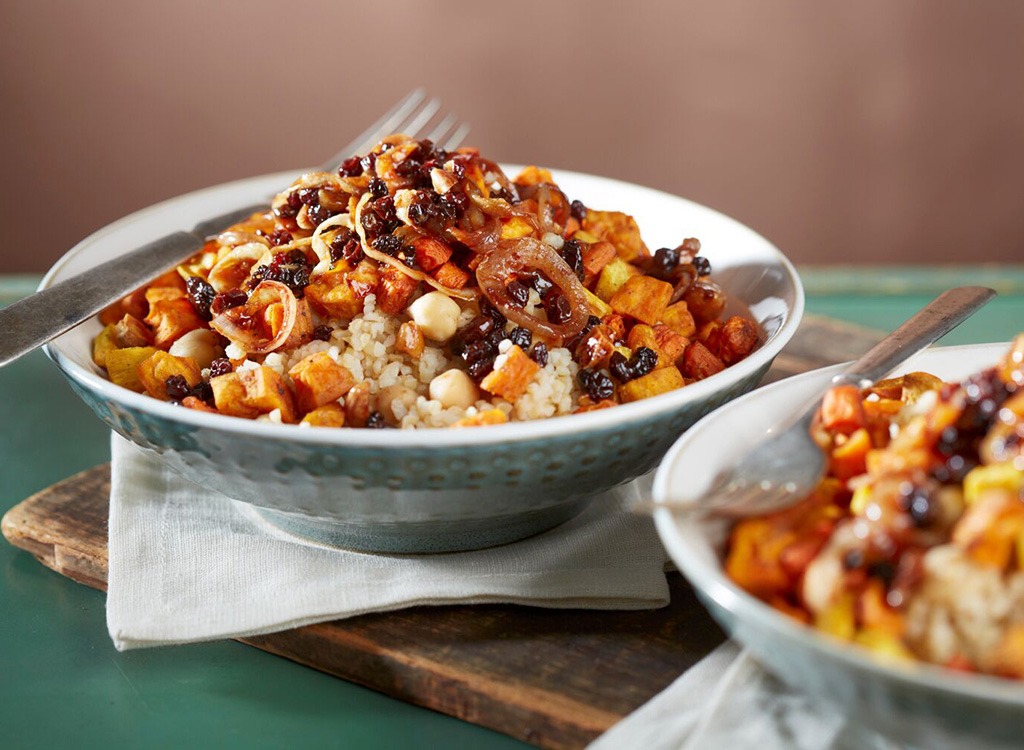 Remember that time you whipped up Roasted Eggplant over Freekeh with Spiced Cumin-Tahini Cream, Pomegranate Seeds, and Mint from scratch on a casual Monday night? Yeah, neither do we. Transforming Top Chef dreams into just another night at home, Purple Carrot empowers you with all the ingredients and instructions you need to make impressive, whole food, plant-based meal that's as tasty as it is nutritious.