Going to Dairy Queen and not ordering a Blizzard is like making it to the gym and not leaving the locker room: It just doesn't make any sense—especially if a craving for the frozen treat was what brought you to the drive-thru window in the first place.

And yes, even if you're trying to lose weight, we're giving you the green light to pick up your spoon and indulge—so long as you don't make it a regular habit. "Occasionally [eating] dessert can aid weight loss efforts by warding off feelings of deprivation and bouts of overeating," explains dietitian Cassie Bjork, RD, LD of Healthy Simple Life. "It can make it easier to stick with your healthy eating regimen for the long haul," she adds. But, fair warning: Thanks to the multitude of mix-ins and the massive serving sizes (a large is 21 ounces), not all Blizzards are fair game if you want to get a flat stomach.

To stay on track, order one of the five Blizzards below in a 6-ounce Mini or 12-ounce Small. Staying within those bounds will not only keep calorie-counts on the lower end, but also keep some health-harming trans fats off your spoon. And yes, every single one of DQ's Blizzards carries the dangerous fat, making it all the more important that you consider them a sometimes-only treat. These are the best bets for your health and waistline: 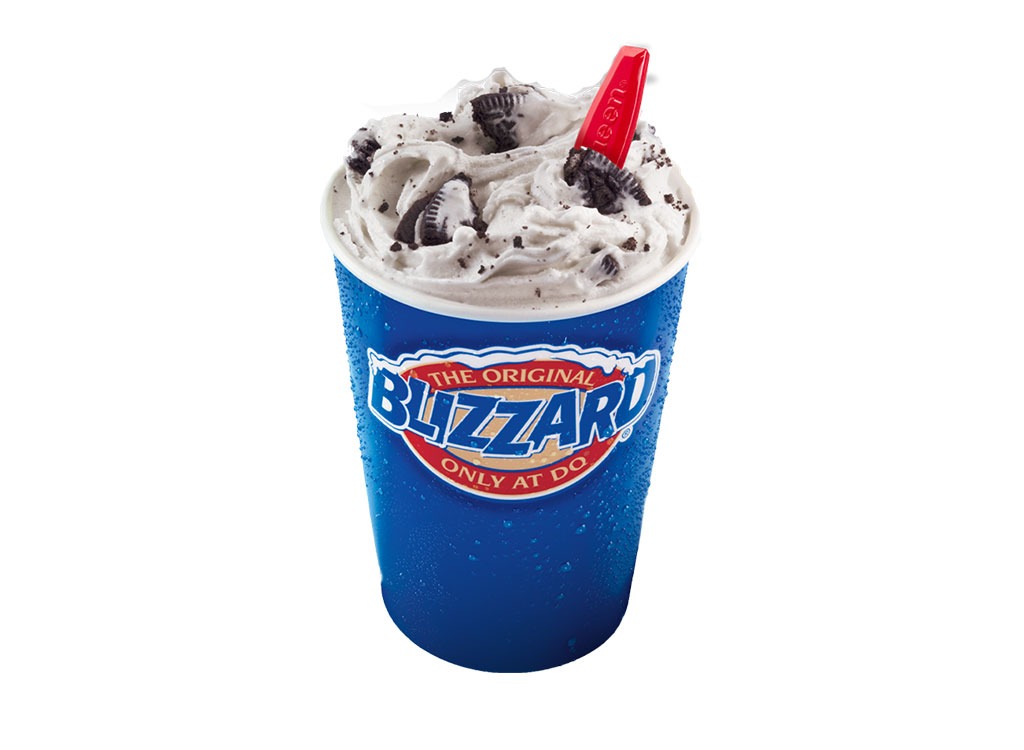 Though the Heath and Snickers Blizzards both have fewer calories, the Oreo variety has less sugar and trans fat, earning it the number five spot on our list. To cut 240 calories and 25 grams of sugar, opt for the 6-ounce Mini treat instead of the Small. It packs just enough of the creamy treat to satisfy your sweet tooth and is easier on your middle. 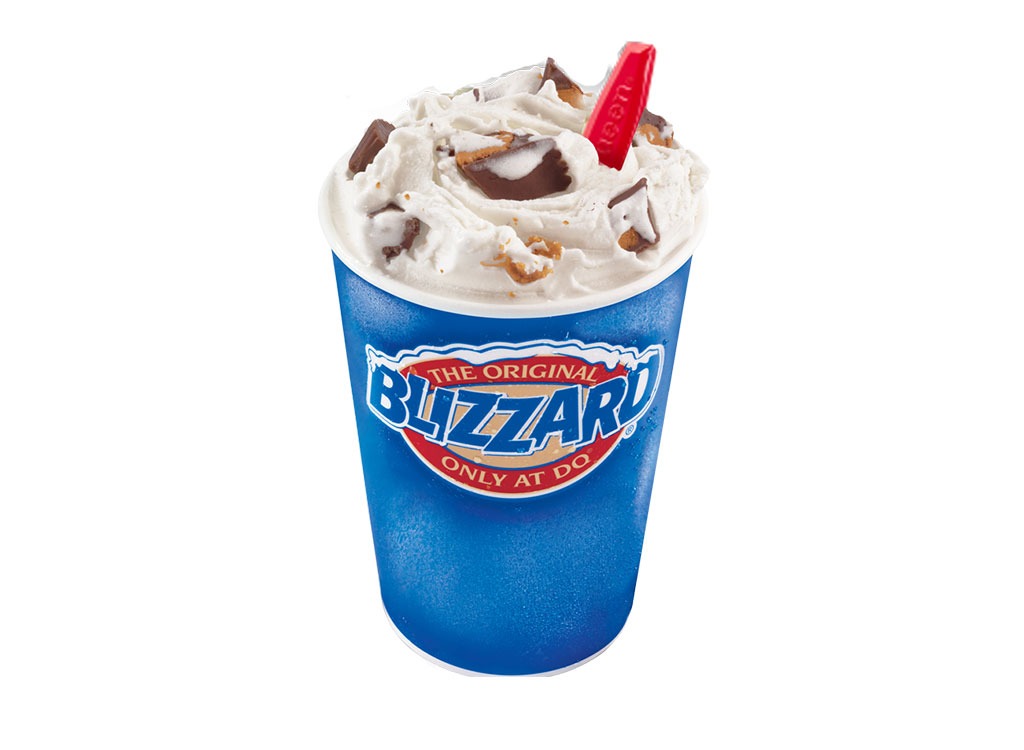 As a rule, Dairy Queen blends all of its Blizzards with copious amounts of fat and sugar. And though the 67 grams of sugar in this Resse's-studded treat is still high, it's about 24 percent less than you'll find in a Small M&M's Chocolate Candy Blizzard, making it one of the chain's most waist-friendly blended soft-serve picks. 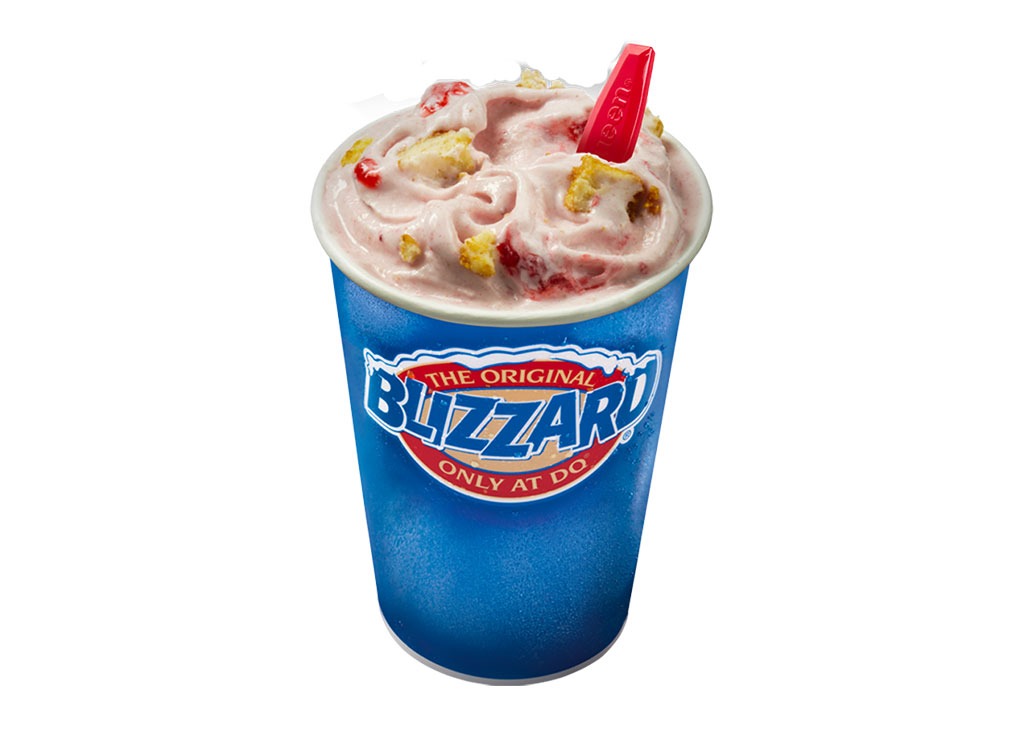 Packed with chunks of creamy cheesecake, strawberries and sweet vanilla soft serve, it's hard to believe this flavorful treat only has 520 calories—370 fewer calories than a slice of Olive Garden's White Chocolate Raspberry Cheesecake. We know which one we're going with next time a cheesecake craving strikes. 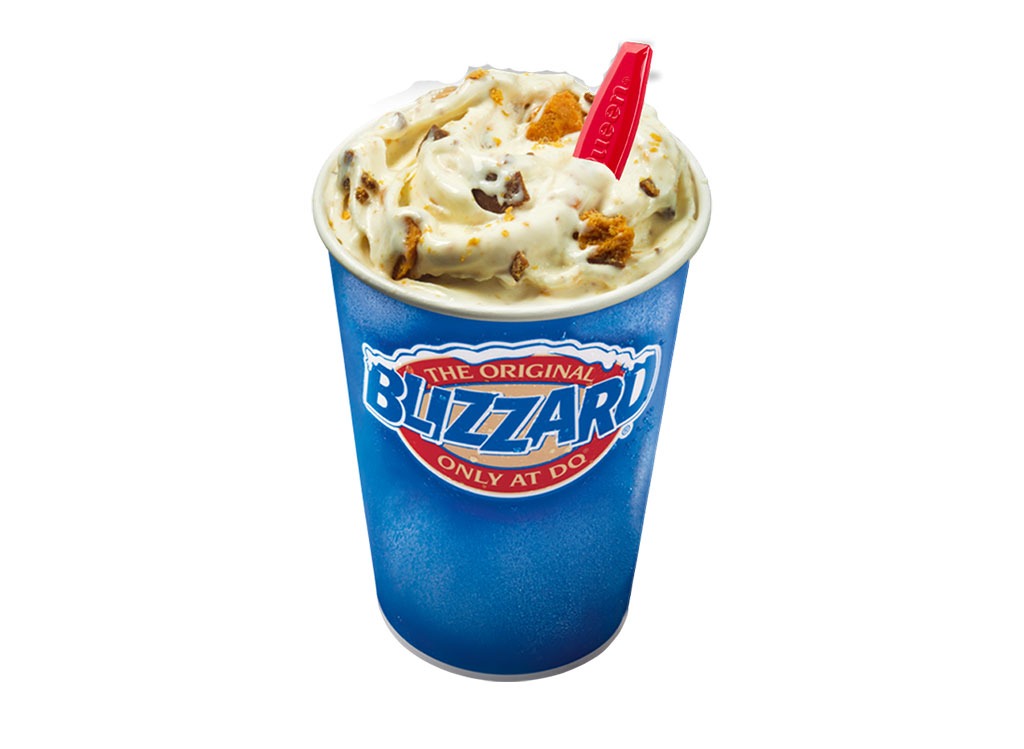 The Butterfinger Blizzard is not only one of the best varieties for your waistline, but also the healthiest pick for peanut butter lovers. If you're searching for a frozen treat packed with salty-sweet goodness, stick with this one. And don't be tempted by seasonal sweets; DQ's limited-time-only Jurassic Smash Blizzard, which is packed with peanut butter cookies and the creamy spread itself, carries an additional 300 calories and 17 grams of fat. 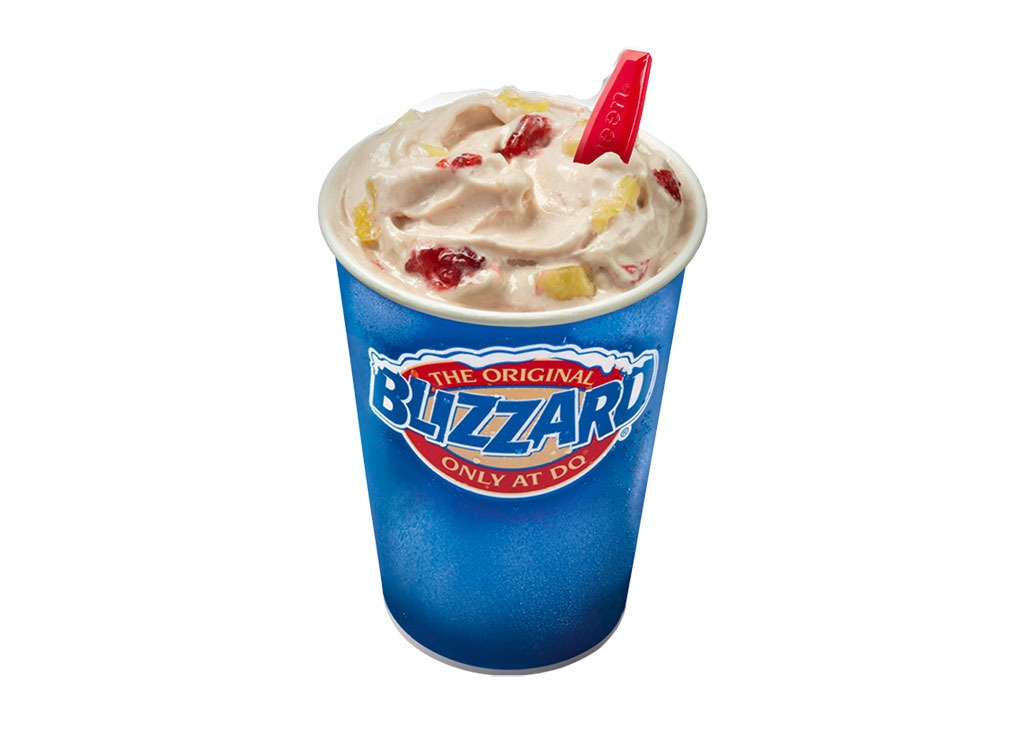 Stealing the number one spot on our list is the Banana Split Blizzard. It's the lowest-calorie and least fattening option you'll find. One ETNT staffer said it's a bit less chocolaty than a traditional banana split, but he felt the refreshing combination of fruit and ice cream more than made up for its lack of a chocolaty punch. The Large clocks in at 780 calories (the same as one-and-a-half DQ bacon cheeseburgers), so be sure to stick to a Small to avoid undoing an entire day of smart eating.