Plenty of variables can lower your sexual desire. Don't let these habits be one of them.

Low sex drive can be related to low levels of testosterone. And that doesn't just affect men. In 2003, investigators found that boosting testosterone levels increased sexual desire in women who complained of low libido and reduced sexual arousal due to menopause. Women who took a low-dose estrogen-testosterone combination treatment reported a 100% improvement in sexual interest, compared with women treated with estrogen alone.

There are plenty of variables that can lower sexual desire in both men and women, and it's perfectly natural to go through ebbs and flows in libido. But if you can't put your finger on why you're not feeling it for extended periods of time, you might want to look at your habits outside the bedroom.

Read on to discover how you might be unwittingly depressing your levels of testosterone — and sexual interest. And break your other bad habits with a few easy libido hacks.

You Aren't Nourishing Your Libido

Oysters have been known to have sex-drive-sharpening properties for hundreds of years. That may be because they contain a whole lot of zinc. Studies have shown that people who consume a sufficient amount of this mineral tend to have normal levels of testosterone. If you're not an oyster lover, there's plenty of it in lean meat and fortified grains and cereals. Another mineral linked to higher testosterone and libido is magnesium. You can find it in many enjoyable foods such as dark leafy greens, nuts and seeds, fish, beans, whole grains, avocados, yogurt, bananas and dark chocolate. To keep him in the mood, check out these 50 Best Foods for His Penis.

You're Drinking Too Much And/or Too Often

Excessive or habitual drinking can have a negative effect on male and female sex drive. A glass of wine or a cocktail can get you in the mood, but drink much more than that regularly, and your libido will pay the price. Alcohol is a depressant that can play havoc with a man's ability to achieve and maintain an erection and dampen libido in general. Slow down when it comes to drinking and you may find that you rediscover your sexual sparkle. To help do this, nutritionist Dana James suggests drinking a 2-to-1 ratio of water to alcoholic beverages.

Think back to those times when your libido has been in high gear. Was it during a period when you weren't getting enough sleep? Probably not, according to several studies that have looked at the effect of sleep loss on sex drive. In men, a lack of quality sleep can reduce testosterone. Women, says Dr. Wider, can have difficulty engaging with their desire and reaching orgasm if they're not getting enough recuperative rest. Aim for 7 to 9 hours per night. Bonus: You can even lose weight while you sleep!

You're Not Relaxing Enough

Being stressed out is no fun — you've probably noticed that your fun parts take a break whenever things get crazy in your life. Chronic stress depresses testosterone, as evidenced by one study that associated increased job stress with decreased T levels in men. Your best move its to prioritize something that helps you de-stress. That could be massage, yoga, meditation, or deep breathing. Sex itself is a proven stress buster, so one you get back in the saddle, you could start a positive feedback loop.

Experiencing physical pleasure can balance hormones. Having some me time — even if you have to muscle through at first — can really help prime the pump, as it were. According to the 2009 University of Michigan study, orgasm helps the body release oxytocin, the so called "love and bonding" hormone, which in turn lowers cortisol, a stress hormone that helps your body to store fat. A lack of oxytocin can also cause you to eat "comfort food," which by and large, isn't often healthy. Here's another good reason to get down to it: A 2009 study demonstrated a connection between masturbation and a rise in women's self-esteem. For some nutritional assistance at getting in the mood, stock up on these 8 Foods for Her Sex Drive Better Than Female Viagra.

Sugar is everywhere, so don't think that you're safe just because you don't spoon it into your coffee. The sweet stuff increases levels of the hormone insulin, which can cause you to store belly fat, lose muscle mass and send your testosterone levels spiraling. In men, belly fat raises estrogen levels, which can result in low libido and erectile dysfunction; one study found that glucose (sugar) significantly reduced total and free testosterone levels. Making an effort to get rid of the sugar you consume — knowingly or otherwise — could be just what the love doctor ordered.

Guys, the secret to a strong sex drive and knock-your-socks-off bedroom performance is in the kitchen. That's why we've listed some of the best foods for virility below. The pleasure is all yours.
1 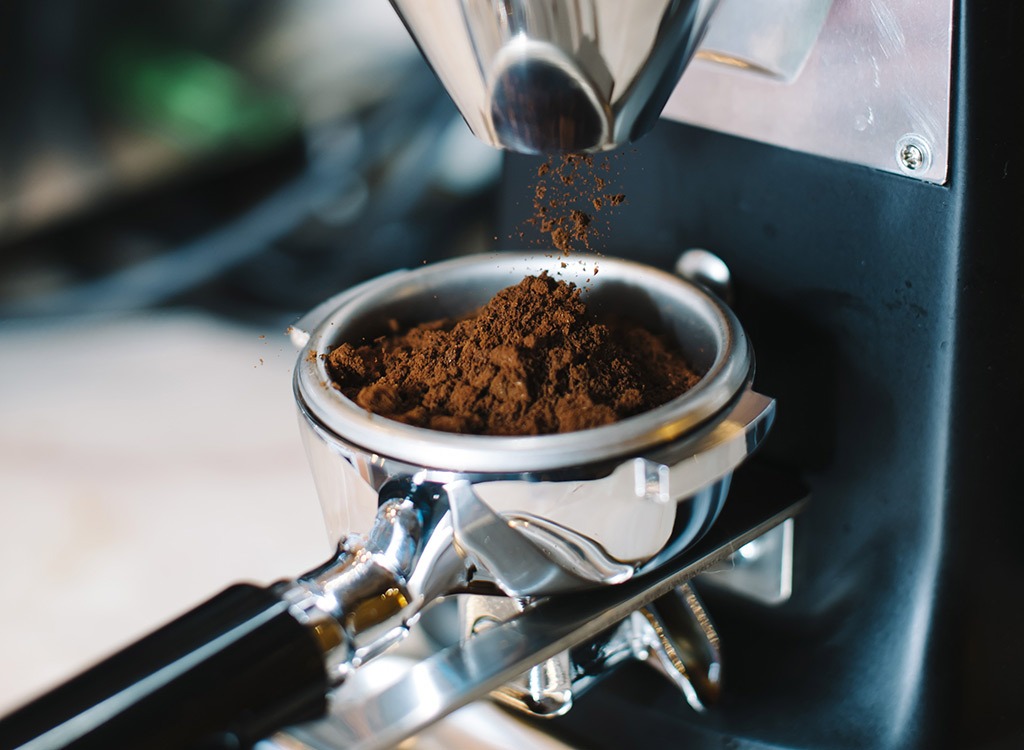 A cup of morning coffee certainly has its, er … perks. Men who consumed between 85 and 170 milligrams of caffeine a day — the equivalent of two to three cups of coffee — were 42 percent less likely to suffer from erectile dysfunction (ED), according to a recent study published in the journal PLOS ONE. Researchers attribute the benefits to caffeine's relaxing effect on the arteries, which improves blood flow to the penis. Make it two cups of joe tomorrow morning. How hard is that?
2

The secret to healthy sperm? Carrots! Or so suggests a study published in the journal Fertility and Sterility that analyzed the effect of various fruit and vegetables on sperm quality discovered carrots had the best all-round results on sperm count and motility — a term used to describe the ability of sperm to swim towards an egg. Men who ate the most carrots saw improved sperm performance by 6.5 to 8 percent. The Harvard researchers attribute the boost to carotenoids, powerful antioxidative compounds in carrots that help the body make vitamin A. 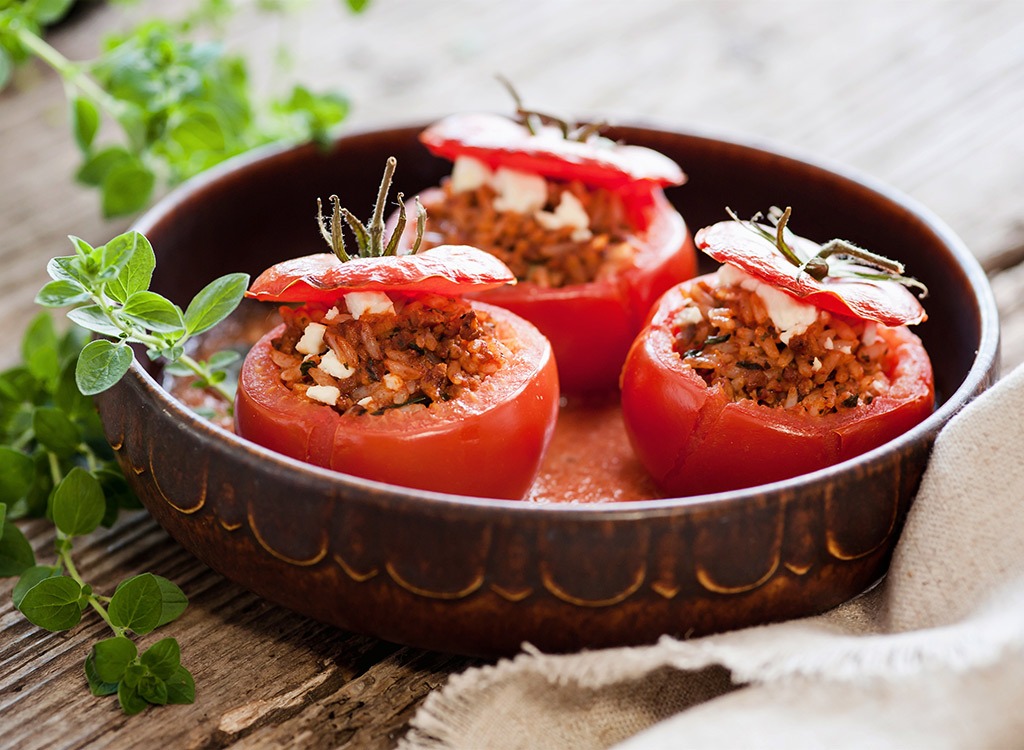 Double down on the marinara to protect your manhood. Men who eat over 10 servings of tomatoes each week have an 18 percent lower risk of developing prostate cancer — the result of lycopene, an antioxidant which fights off toxins that can cause DNA and cell damage — a study in the journal Cancer Epidemiology, Biomarkers and Prevention found. A previous study found the garden vegetable could also improve sperm morphology (shape); men with the highest tomato intake contributed to between 8 and 10 per cent more 'normal' sperm.
4 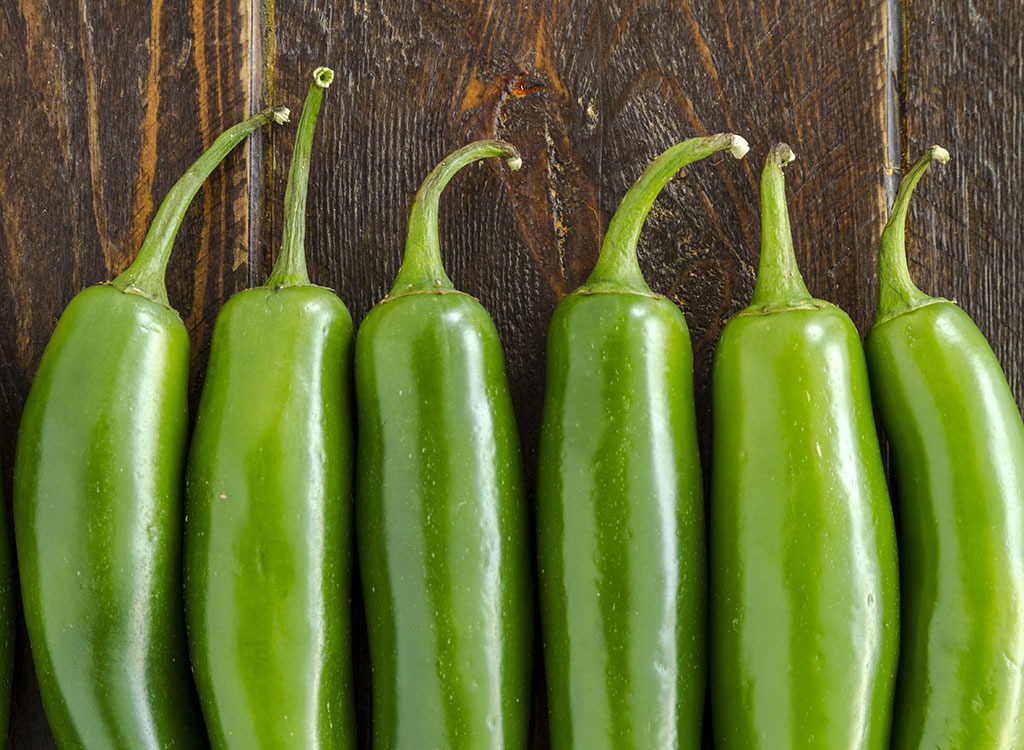 Some like it hot, and the guys that do tend to be more virile, or so suggests a recent study by French researchers. They found that men who eat the most spicy foods tend to have higher testosterone levels than those with milder palates. Study authors attribute the T-boosting effects in part to capsaicin, a compound in chilies that previous research has associated with increased testosterone levels. Seriously spicy serrano peppers are also packed with quercetin, a nutrient shown to boost testosterone levels in the body by reducing the amount that's otherwise flushed out by the kidneys.
5

Pumpkin seeds are one of the best dietary sources of zinc and magnesium—essential minerals shown to boost testosterone levels and growth factor hormone, especially when combined. In fact, college football players who took a nightly zinc-magnesium supplement showed a 30 percent increase in testosterone levels and a 13 to 16 percent increase in leg strength, one eight-week trial found. The seeds are also a rich source polyunsaturated fatty acids shown to boost prostaglandins — hormone-like substances that play a key role in libido.

Watermelon just got juicier. Researchers say the summer staple contains an ingredient that can trigger blood vessels to relax much like Viagra does. It's called citrulline, a compound found in both the flesh and rind of the melon that, once ingested, is converted into an amino acid called arginine that's shown to widen the blood vessels and improve circulation. Experts say you'd have eat quite a lot to reap the benefits — at least six slices. But Dr Bhimu Patil of Texas A&M University who led the research believes that the juicy fruit could serve as a novel and natural antidote for erectile dysfunction.

We couldn't run a list on virility foods without at least one aphrodisiac. And it turns out celery, of all things, is one seriously sexy stalk. "Celery contains the androsterone, a male sex pheromone released through perspiration, which limited research has shown to increase flirty behavior among females," explains registered dietitian Keri Gans, author of The Small Change Diet. Ingesting the androsterone can boost also boost male arousal, and cause a dude's body to send off scents and signals that make him more desirable to women, according to Alan Hirsch, M.D., author of Scentsational Sex. Me-ow. Crudités, s'il vous plait. Now check out our full report on the 50 Best Foods for Your Penis!