The homestyle chain is more than just biscuits and Yankee Candles.

Cracker Barrel takes its mission "Pleasing People" seriously. With a homestyle menu serving up traditional Southern fare such as biscuits, gravy, grits, and chicken 'n' dumlpin's, Cracker Barrel stays true to its Tennessee roots even throughout all 642 franchises in the US.

The restaurant is also known for its retail store, which sells pretty much every scent of Yankee Candle, checkerboards, and old country store relics. But did you know Cracker Barrel has its own record label? Or was the center of a viral internet meme? The popular restaurant and country store is chock-full of fun facts. Here are some of the most surprising. Read on to discover them all, compliments of the researchers at Eat This, Not That!, and click here for our essential report that broke the Internet: the 50 Unhealthiest Foods on the Planet.

They Sell 220 Million Eggs a Year

Although Cracker Barrel has separate menus for breakfast, lunch, and dinner, they serve breakfast all day. So it's no surprise they serve hundreds of millions of eggs each year. With popular menu items such as the Old Timer's Breakfast and Sunrise Sampler, they go through almost as many eggs as they do biscuits (they sell 300 million biscuits a year).

The Rocking Chairs Are Handmade in the US 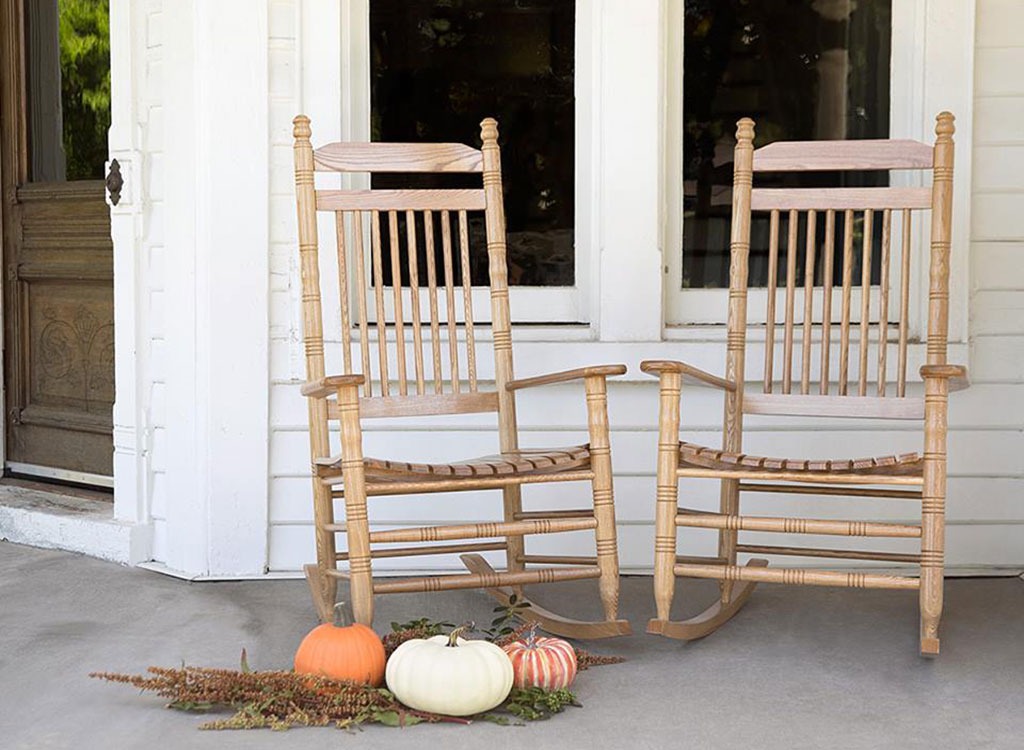 Cracker Barrel keeps up with its homestyle country store reputation with the iconic rocking chairs lining the front porch of the restaurant. But they're not just props; the company buys the chairs from a family in Springfield, TN. The Hinkle family has been making rocking chairs for more than 180 years as the business continued to be passed down from father to son for six generations. Cracker Barrel has been selling the same chairs for 40 years, since the store first opened. Now a big business, the Hinkle Chair Company makes nearly 200,000 rocking chairs a year for Cracker Barrel.

They're the Center of a Viral Internet Meme 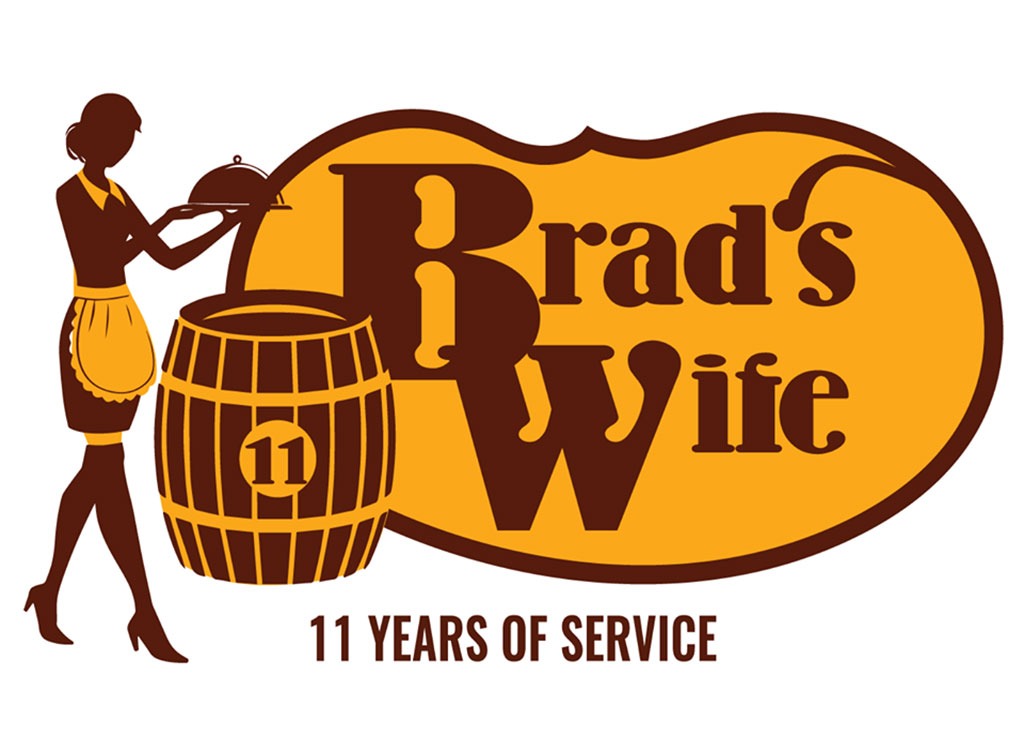 In perhaps the strangest bit of Cracker Barrel trivia, the popular restaurant's Facebook page was the center of a viral internet meme in 2017. On February 27, Bradley Reid Byrd took to Facebook and asked a simple question to Cracker Barrel's page: "Why did you fire my wife?" Turns out, Brad's wife Nanette had been an employee as a retail manager at an Indiana Cracker Barrel for 11 years, and when she was let go (on Brad's birthday!), Brad was furious. He posted a status that expressed his anger, including:

"After 11 years, those low lifes [sic] at Cracker Barrel let my wife go. I would really like to know why and those of you who know me these days, know that I WILL find out. In the meantime, if any of you would like to know also, please go to their Facebook page and ask them."

From there, internet vigilantes demanded answers and the #JusticeForBradsWife took off like wildfire on social media. In the weeks following, Cracker Barrel's Facebook and Instagram pages were flooded with comments from people wondering what happened to Brad's wife (whose name is Nanette). A Facebook group aptly titled Brads Wife was started, and it gained more than 100,000 followers. As people continue to troll the social media pages, people are still patiently waiting to find out what exactly happened to Brad's wife and if she'll be rehired.

They Used to Sell Gas 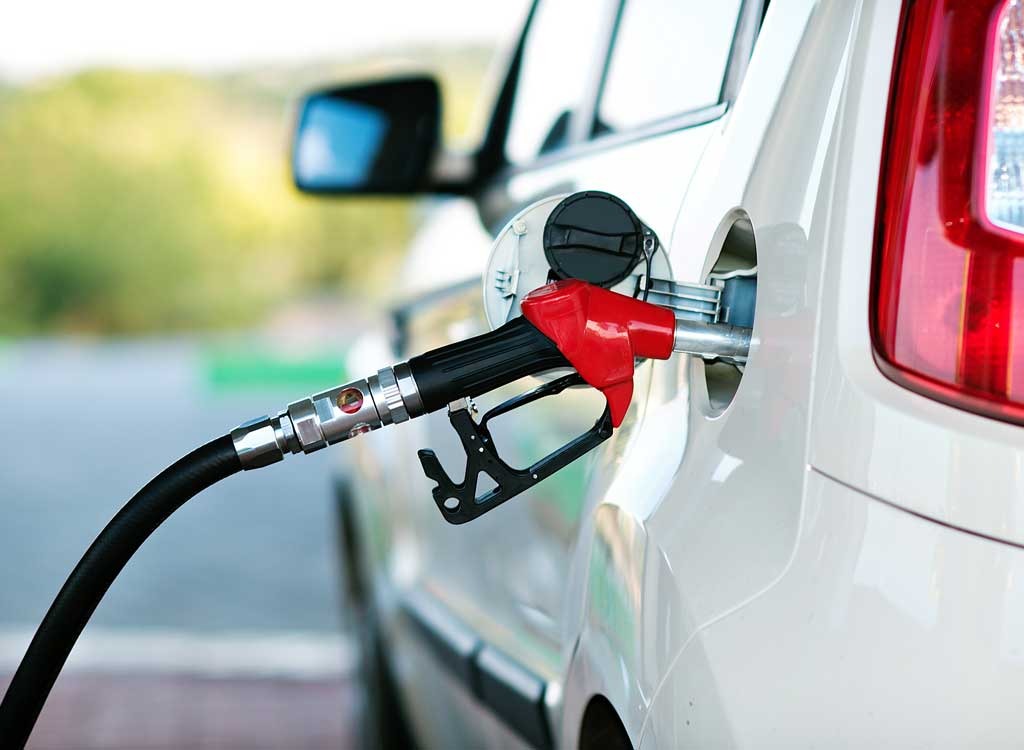 Cracker Barrel is known for its down home-style food and old-timey country store, but they used to be a gas station, too. The first Cracker Barrel was opened off highway 109 in Lebanon, TN in 1969 and owned by Dan Evins, who was working for his grandfather's gasoline business at the time. He wanted to open a down-home country store for homesick travelers, and opened the first location along with gasoline service. Although the Cracker Barrels that opened in the early '70s included gas pumps, they no longer offer gas service.

'Cracker-Barrel' is a Term That Originated in the 1800s 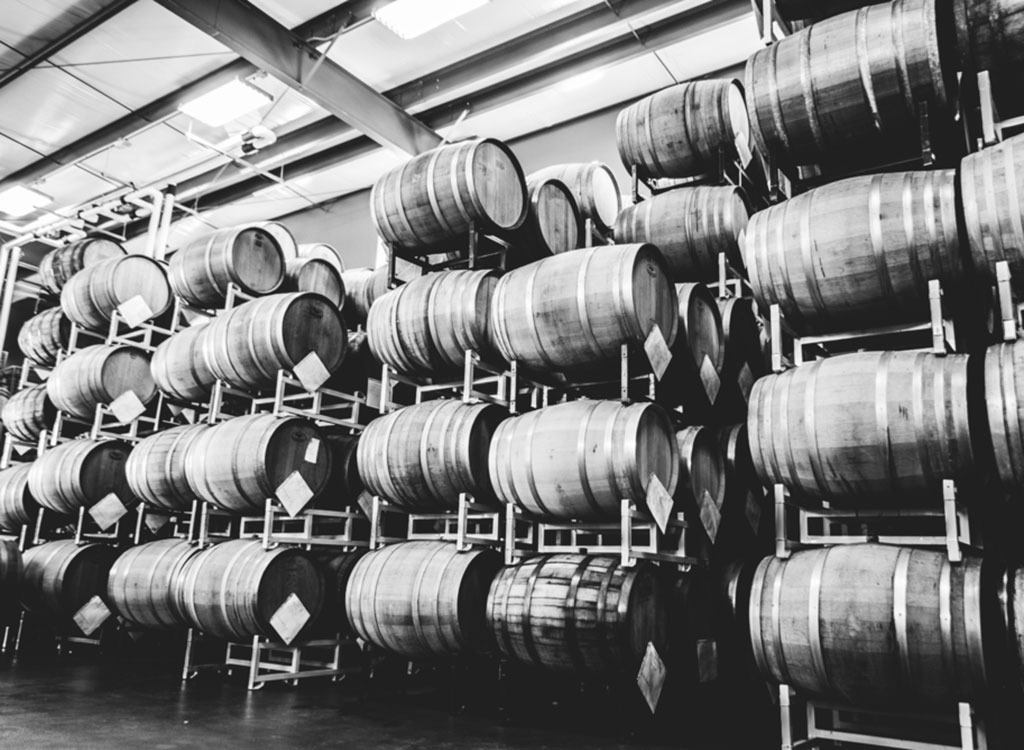 Ask anyone in a Cracker Barrel store what the name actually means, and you'll likely get a dozen different answers. It harkens back to the 1800s when traditional country stores used to store soda crackers inside barrels. People would gather around these barrels and socialize (sort of like water coolers today). The term cracker barrel has become synonymous with something old-timey and rustic, which is exactly the environment the Cracker Barrel chain is trying to replicate.

They Tried to Sell Bagels

Cracker Barrel is more known for their biscuits and grits, but the chain tried to bring a regional sensibility to certain locations. Northeast locations started selling bagels in the '90s, and chains in the Southwest tried tortilla dishes. It turned out people were more interested in the traditional Southern offerings, and both offerings were pulled from the menu.

Although milkshakes aren't listed on the menu, the kitchen is happy to whip one up for you if you ask for it. Their dessert menu does offer up ice cream and hot fudge sundaes, after all.

They Have a Gold Record 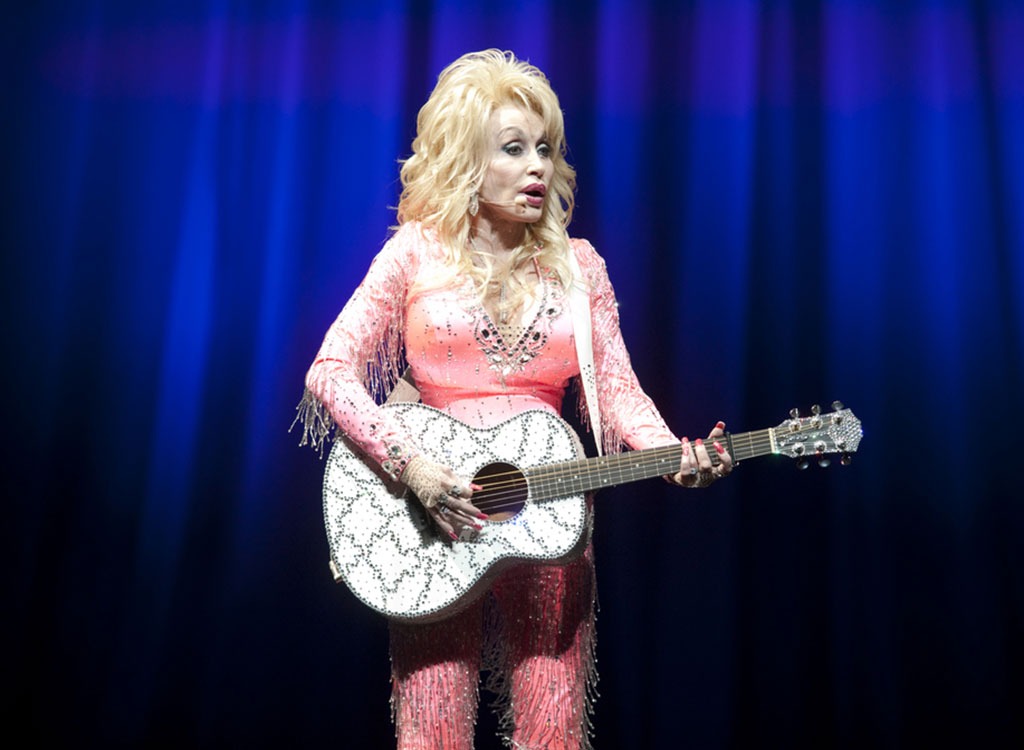 Cracker Barrel branched out from their restaurant and country store, and started a music label, selling the albums exclusively out of their locations. Country queen Dolly Parton released an album in 2012 titled "An Evening with Dolly Live" on their label, and it was certified gold by the Recording Industry Association of America.

Every Location is Decorated with the Same 5 Things 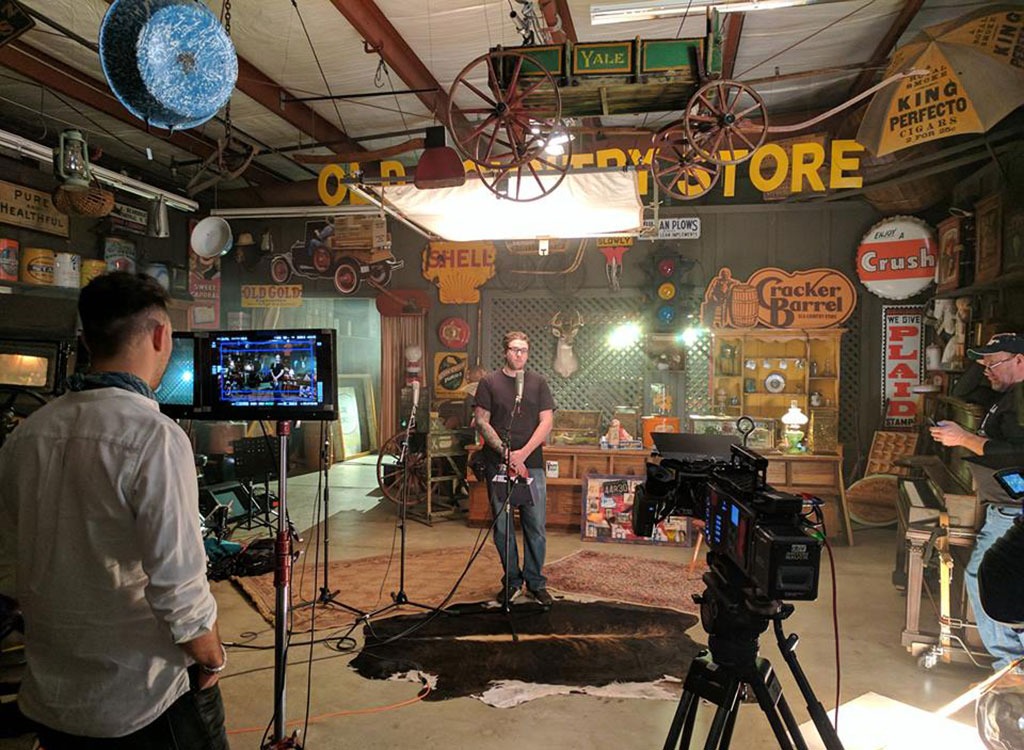 While each location varies slightly in terms of artifacts and decor, there are five items that remain consistent at every franchise: a horseshoe and an ox yoke hanging over the front door, a rifle over the mantel, a telephone hanging next to the mantel, a traffic light over the restrooms, and a cracker barrel with a checkerboard in front of the fireplace.

They're Not Affiliated with the Popular Cheese Brand 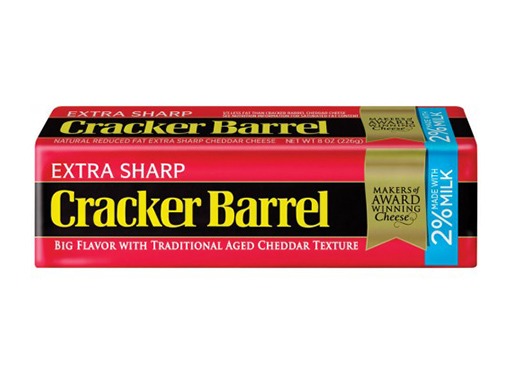 Despite the same name, the restaurant chain and the cheese brand aren't in business together (the cheese company is actually owned by Kraft Foods). Although enjoying a slice of Cracker Barrel cheddar while in a Cracker Barrel rocking chair is perfectly acceptable.