The CDC Predicts Deaths Will Soar in These 22 States

If you live here, or near here, please take major COVID-19 precautions.

Every week, the CDC projects which states will have an increase in deaths, and every week recently, the number has gotten higher. "This week's national ensemble forecast suggests that there will likely be between 150,000 and 170,000 total reported COVID-19 deaths by August 8th," reports the agency. "The state-level ensemble forecasts suggest that the number of new deaths over the next four weeks will likely exceed the number reported over the last four weeks in 22 states and 2 territories. The jurisdictions with the greatest likelihood of a larger number of deaths include" the following—click through to see which states are on the list.

"Alabama Governor Kay Ivey on Wednesday announced a statewide mask mandate through the end of July as coronavirus cases continue to climb," reports WVTM. "The amended health order comes a day after the state reported a pandemic-high of 40 deaths in a single day."

"Alaska's COVID-19 case tally continued to climb Thursday as the state reported 75 new cases of the illness—65 residents and 10 non-Alaskans," reports Anchorage Daily News. "In total, there were 1,235 active cases of the virus involving residents and nonresidents statewide by Thursday, according to data from the state's health department. While Alaska's daily case tally remained in the single digits for part of April and much of May, new cases began to pop up throughout June and July after the state lifted most pandemic restrictions. The daily new case count reached a daily record high on Sunday, when 116 cases were reported."

This state has been battered harder than most. "In total, Arizona has seen more than 134,600 confirmed COVID-19 cases and 2,492 related deaths," reports Fox 10. "However, the number of cases could be far higher because many people have not been tested, and some can be infected without feeling sick."

"Gov. Gavin Newsom announced Monday that California must largely close for business yet again because of a spike in COVID-19 cases statewide that shows no sign of easing," reports the Los Angeles Times. "On Tuesday, the state reported its largest one-day total of new cases, along with sharp jumps in hospitalizations and deaths."

"Florida's record-setting spike in COVID-19 cases hasn't slowed down. For the second time in the past three days, Florida reported a daily record for COVID-19 deaths," reports USA Today. "The state also reported its second-highest positive cases Thursday, increasing Florida's cumulative total to 315,775. The state—all on its own—has more infections than the United Kingdom or Spain. The increase in cases hasn't stopped visitors from partying in Miami Beach, which its mayor called 'the epicenter of the epicenter.' Across the nation, more than 66,000 new coronavirus cases were confirmed and 941 deaths were reported Thursday."

"For the fifth time in the past eight days, Idaho established a single-day record for new confirmed cases of COVID-19. The state's seven health districts reported a combined 651 cases on Thursday, breaking the record set the day before, when the count was 585 cases," reports the Idaho Statesman. "Three new coronavirus-related deaths also were announced, increasing the state's total to 114 since the start of the pandemic."

"The gains the people of Louisiana made against Covid-19 in June have been wiped out over the past three weeks, Gov. John Bel Edwards said Wednesday," reports CNN. "We have a statewide pandemic. It's no longer one or two regions," Edwards told reporters in Baton Rouge.

"Mississippi Gov. Tate Reeves appears to be moving closer to shutting down at least some bars in the state after hearing concerns in person Wednesday from Dr. Deborah Birx, who is helping lead the White House response to the COVID-19 pandemic," reports the Sun Herald. "Reeves didn't say whether he planned to sign a new executive order on bars this week, but he did say, 'It's a definite possibility.' "Conversations are being had," the governor said. "It is not in my DNA to shut down private business."

"Montana Gov. Steve Bullock (D) has signed an executive order requiring all of the state's residents to wear masks while in public in an attempt to combat the spread of COVID-19," reports The Hill. "Many Montanans answered the call to mask up – a call that came from our hospitals, nurses, and doctors, our vibrant small business community, our frontline workers, and our high-risk neighbors," Bullock said in a statement. "I thank all of those who take seriously their personal responsibility and their role in stopping COVID-19. But we need even more Montanans, and the visitors who come here, to mask up."

"Nevada has landed in the 'red zone' for COVID-19 cases," reports the Reno Gazette-Journal. "That's according to a new report from the Center for Public Integrity citing an unpublicized July 14 document prepared for the White House Coronavirus Task Force. A state reaching 'red zone' status means there were more than 100 new cases per 100,000 people last week. Nevada had 173 new cases per 100,000 population in the past week, compared to a national average of 119 per 100,000."

"North Carolina on Tuesday hit its record for the highest number of people hospitalized in one day from coronavirus," reports The Hill. "The state's Department of Health and Human Services recorded 1,109 people hospitalized between about noon Monday and around noon Tuesday. The number increased by 69 hospitalizations from the previous 24 hours."

"Active cases of coronavirus hit a new high in North Dakota on Thursday, four months after Gov. Doug Burgum declared a state of emergency in mid-March as the COVID-19 pandemic began to take hold in the state," reports the Bismarck Tribune.

"As of 6 p.m. Friday, 19 counties — 60% of Ohioans — will be under mandatory orders to wear face masks in public to slow the spread of the coronavirus, Gov. Mike DeWine said Thursday," reports the Journal-News. "New cases are traced to people attending funerals and birthday parties, visiting bars and restaurants, going to church services and traveling to other states, the governor said."

"Oklahoma Gov. Kevin Stitt announced Wednesday that he has tested positive for the coronavirus and that he is isolating at home, making him the first U.S. governor to report testing positive," reports AP. "Stitt has backed one of the country's most aggressive reopening plans, resisted any statewide mandate on masks and rarely wears one himself."

"Oregon's rise in cases remains slower than that of other U.S. states, but public health watchdogs have begged the governor in recent days to again close bars and restaurant dining rooms," reports Willamette Weekly. "The Oregon Health Authority maintains that most of the spread is happening at informal parties: weddings, graduations and backyard barbecues." 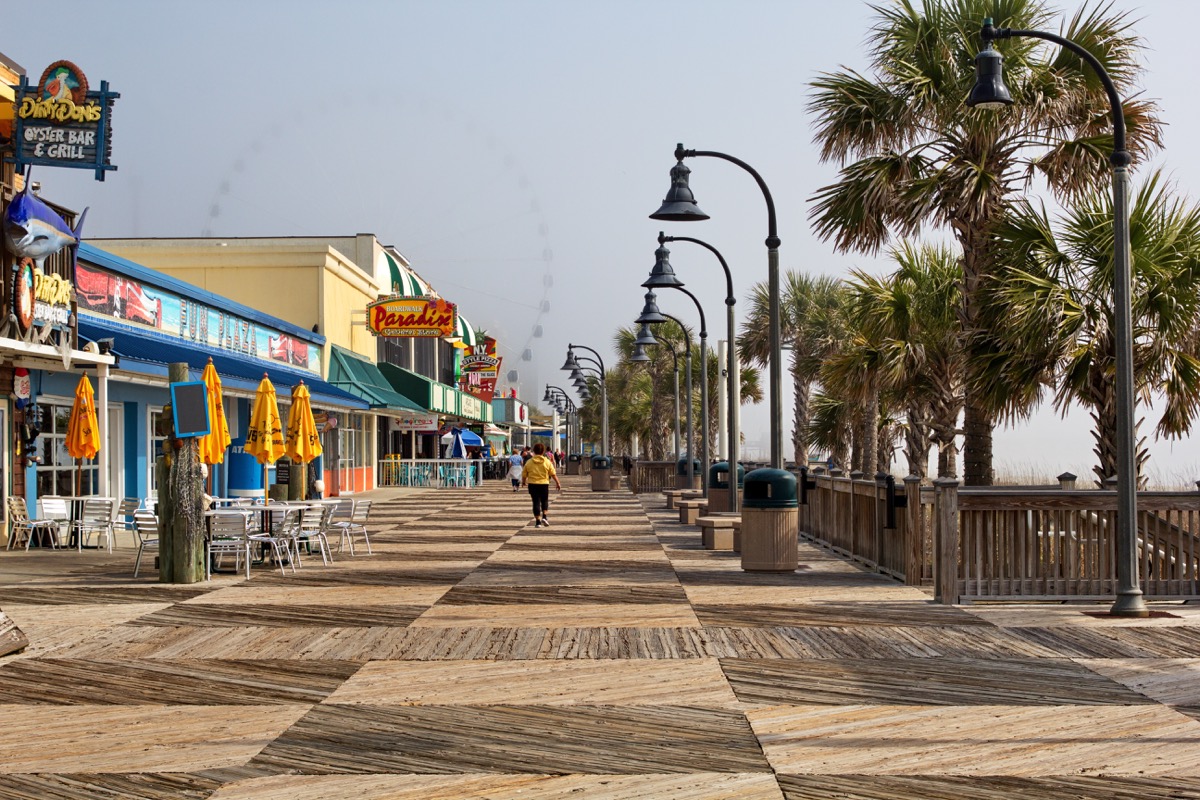 Another state on the "red zone" report, South Carolina is in trouble. "State health officials have reported 1,842 new cases of COVID-19 and 69 additional deaths in South Carolina which is the most deaths reported in the state for a single day," reports Live 5.

"Coronavirus hospitalizations in Tennessee are reaching new records and heat maps released show the majority of patients are young adults," reports News Channel 9. "That's according to new data released by Vanderbilt University Medical Center and the Tennessee Health Department. Confirmed hospital patients with COVID-19 rose to around 1,000 for the first time since the pandemic hit the Volunteer State."

"Officials across Texas are planning for the worst, requesting refrigerated trucks as morgues near capacity due to coronavirus-related deaths," reports the Star-Telegram. "The state's coronavirus death rate has accelerated this month, adding a record 136 reported deaths on July 14 followed by 133 more on July 15, according to data from the New York Times. In June, the daily death count in Texas peaked at 52."

"Governor Gary Herbert said schools will re-open next month, and also would not rule out a possible statewide mandate for face coverings," reports Fox 13. 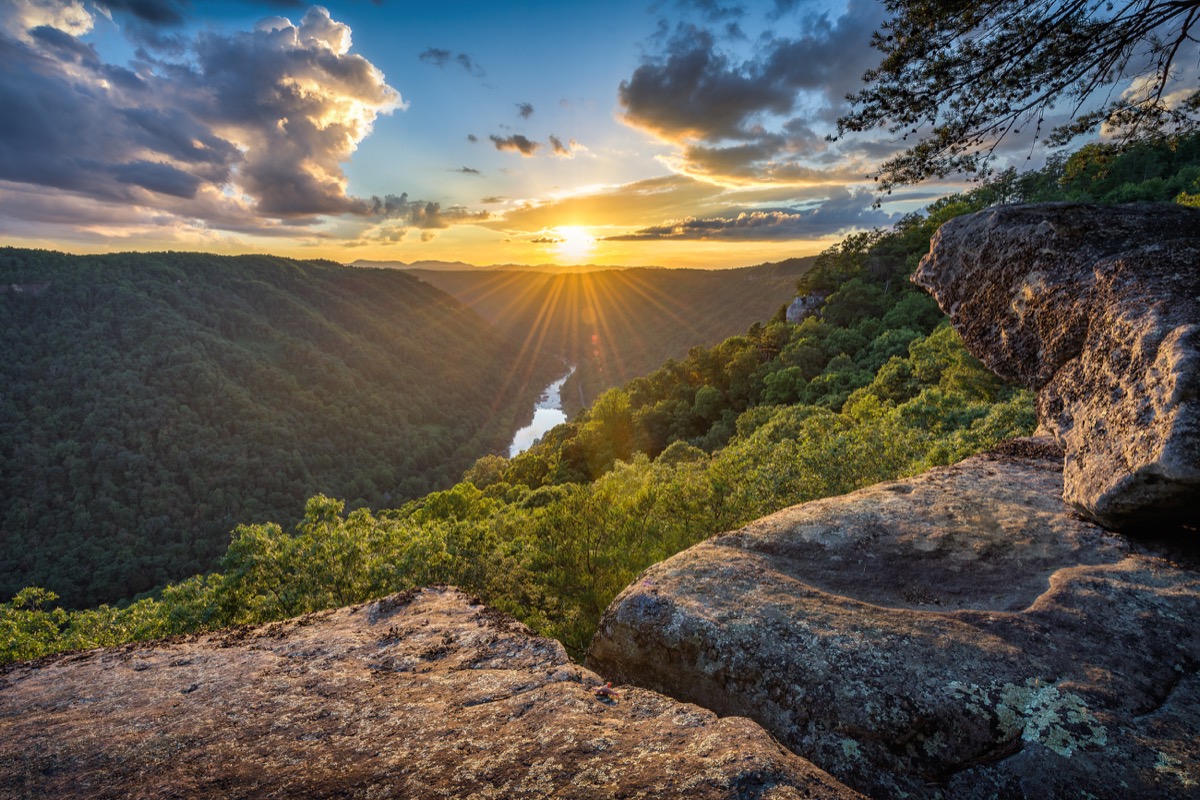 "A church in Charleston, West Virginia, has moved their in-person service online after at least 24 congregants tested positive for the novel coronavirus," reports ABC News. "The Kanawha-Charleston Health Department announced on Wednesday that it has tracked the two dozen cases of COVID-19 to the North Charleston Apostolic Church."

"A visibly angry Gov. Mark Gordon urged Wyomingites on Wednesday to wear face masks and to not minimize the deaths and dangers facing the state's most vulnerable residents from the coronavirus," reports the Star Tribune. "When somebody sends me a note that says, 'Well these people are gonna die anyway, they're just dying sooner,' I gotta say, I'm offended," he said at a news conference. "And as an American, I think most people are going to be offended by the notion that people should just get this COVID-19 and get out of the way. I'm sick and tired of that."

"Puerto Rico's governor on Thursday announced major rollbacks including the closure of bars, gyms, marinas, theaters and casinos and restricted the use of beaches as the U.S. territory is hit by a spike in COVID-19 cases in recent weeks," reports the AP. "We've reached a level where we need to take more restrictive measures," said Gov. Wanda Vázquez.

"COVID-19 is spreading like wildfire across much of the United States. Last week, 46 of the 50 states in the U.S. saw spikes. And while you likely know all about the dire situations in southern and western states like Florida, Texas, Arizona, and California, there is one part of the country that has seen cases go up over 3,500 percent over the last month—and no one is even talking about it. The U.S. Virgin Islands is now the hottest of hotspots, according to an NBC News report that looked at COVID-19 data provided by states, counties, and U.S. territories," says Best Life. 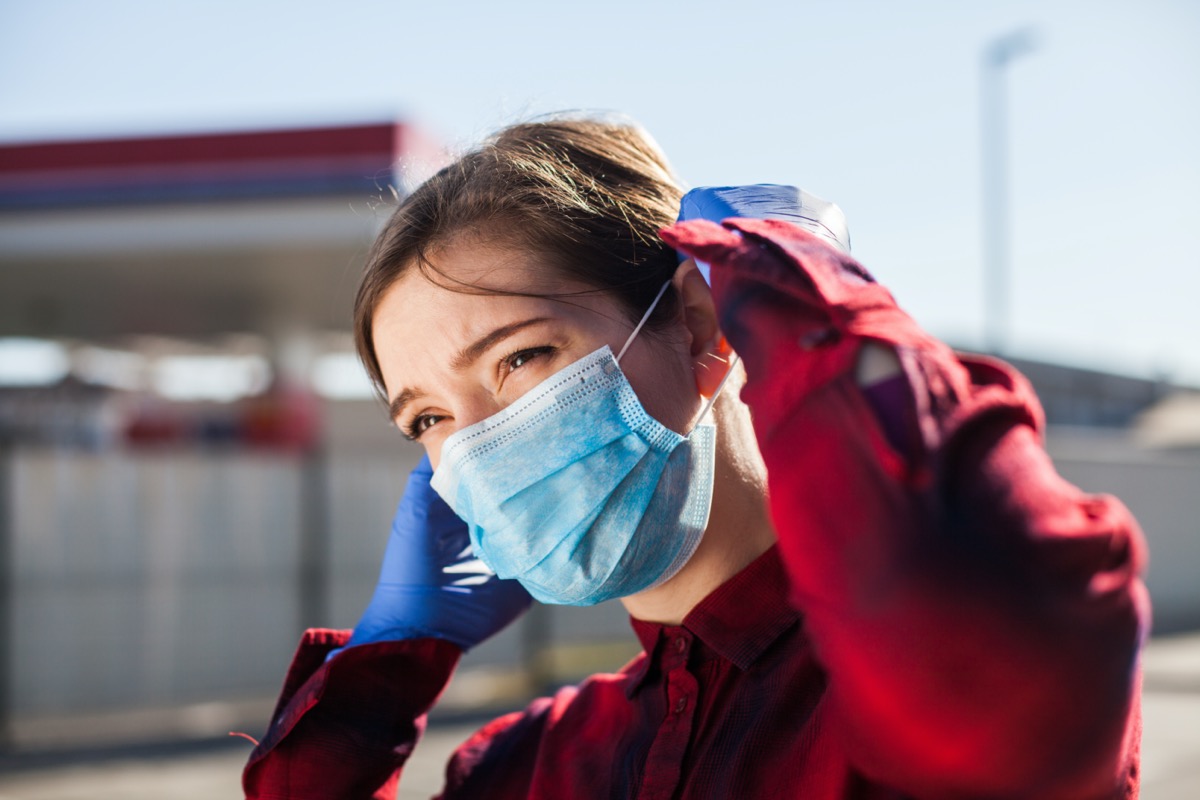 Use best practices to keep yourself and others safe: Wash your hands frequently, wear a face mask, avoid crowds, social distance, only run essential errands, monitor your health and to get through this pandemic at your healthiest, don't miss these 37 Places You're Most Likely to Catch Coronavirus.