Rather than undoing your beach bod by indulging in fall eats, build a better spiced latte with this pick.

Fall weather is practically synonymous with Pumpkin Spice Lattes, but the caffeinated indulgence can totally undo your summer body if you sip too often. Get this: A Grande PSL from Starbucks packs in a walloping 380 calories, 14 grams of fat, and 50 grams of sugar, and if you order one three times a week, you could add over four pounds to your frame in just three months! Fortunately, there is a healthier way to get your fall fix because Califia Farms—the makers of your go-to almond milk—just debuted a dairy-free pumpkin spice half-and-half. 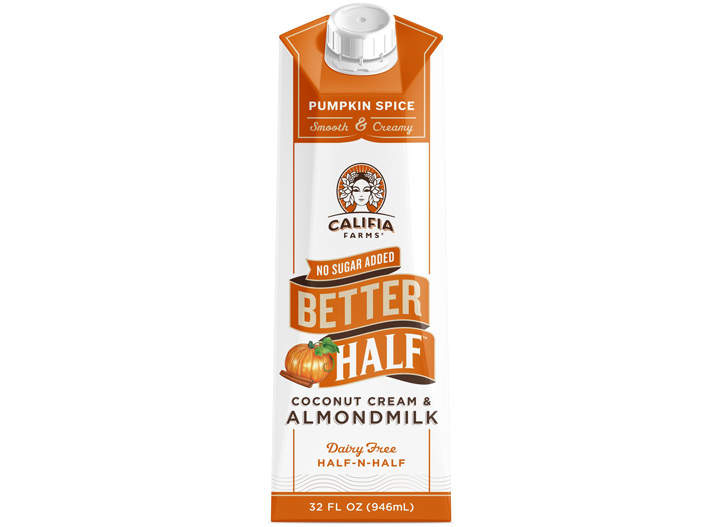 One two-tablespoon serving of Pumpkin Spice Better Half boasts just 15 calories, 1 gram of fat (0.5 grams of saturated fat), 25 milligrams of sodium, 0 grams of carbs, and 0 grams of protein. It's made with almond milk, real pumpkin puree, and warm nutmeg and cinnamon. Coconut cream lends the blend its ultra-velvety texture and brain-boosting fats while monk fruit subtly sweetens it without overwhelming your palate.

Unlike most sugar-free beverages, this creamer doesn't contain any artificial flavors or preservatives. Just take a look at how it compares to Coffee-Mate's Sugar-Free Pumpkin Spice creamer. 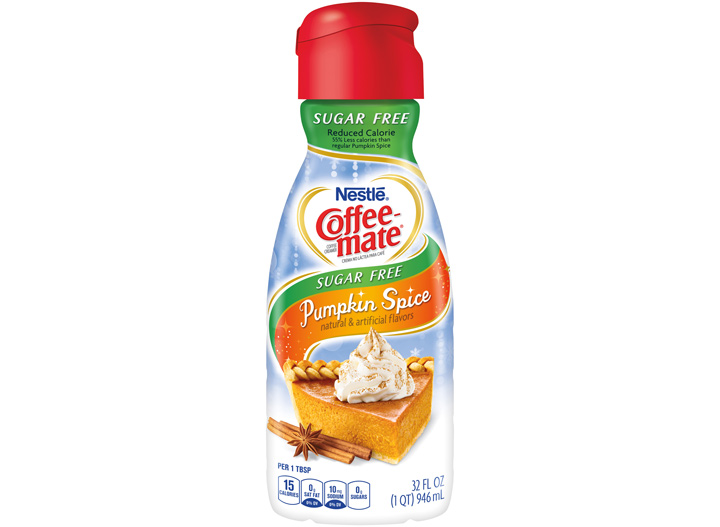 Not only does Coffee-Mate's pick boast double the calories than Califia's, but it's also made with partially hydrogenated oils, kidney-harming phosphates, artificial flavors, and artificial sweeteners such as sucralose and acesulfame potassium.

Wake up to a better cup of Joe by brewing your own at home and splashing in Califia Farms Pumpkin Spice Better Half for a touch of flavor without any of the sketchy additives found in most commercial brands. And if you're feeling creative in the kitchen, dunk in a cinnamon stick and a drop of vanilla extract for a horchata-esque pick-me-up.