RIP to the good, the bad, and the truly strange.

You can't mess with classics like the Whopper or chicken fries. But for every iconic menu item at Burger King, there are more failed ideas that didn't stand the test of time. We're not sure why BK thought bacon ice cream was a good idea, but they did.

Some of these discontinued Burger King foods sound great, while others sound like mistakes that should never have happened. If you didn't get to try all of these, you weren't missing out on much. (Except Cini-Minis. Those were the best.)

Burger King's apple pie couldn't compare to the ones from Popeyes and McDonald's, and it looks like the chain knew that, too. Earlier this summer, Burger King discontinued the Dutch apple pie at all U.S. locations.

A cross between breakfast and dessert, these mini cinnamon rolls made every day better. These days, you'll have to head to Cinnabon to get your fast-food cinnamon roll fix.

What is it with fast-food chains and Cheetos (or Doritos)? This particular concoction, unleashed in 2016, featured fried mac and cheese bites covered in Cheetos dust.

What do you get when you combine the Whopper and a burrito? We wish we didn't know the answer, but it's the Whopperito, which was available in 2016. These days, Burger King is sticking with the traditional Whopper, but you can get a single taco as a side dish at the royal chain.

Why eat regular chicken nuggets when you can eat crown-shaped ones? These Burger King offerings made lunchtime way more fun, although they aren't the easiest for dipping.

Just be sure to steer clear of The Worst Burger You Should Never Order From Burger King. 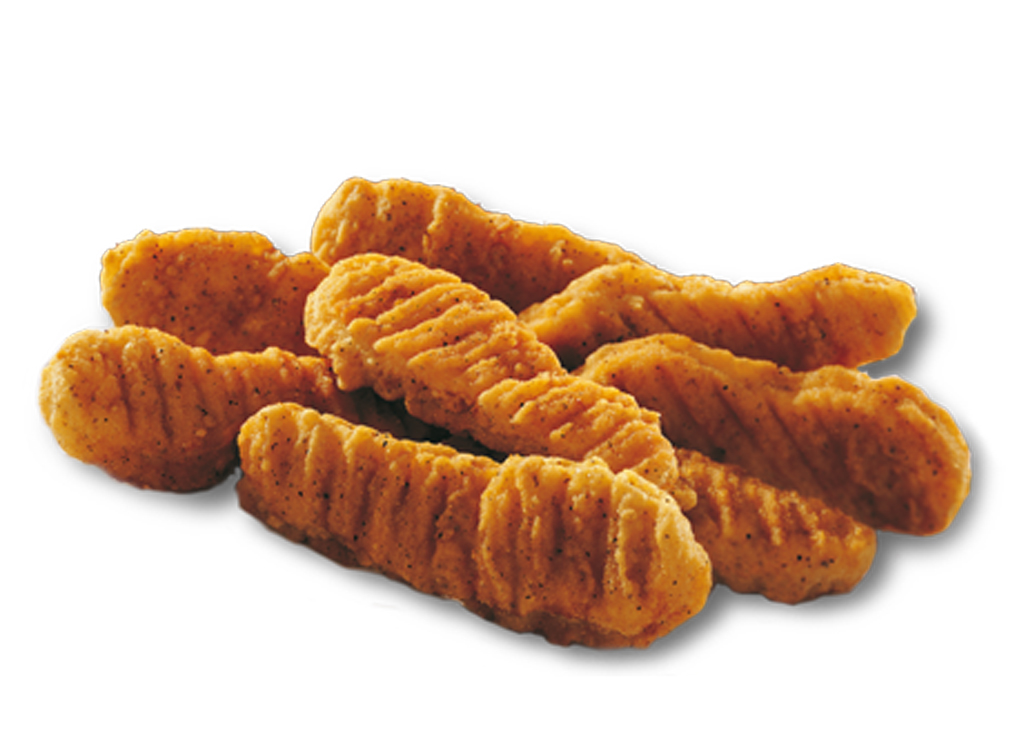 You'll find chicken fries and chicken nuggets on BK's menu, but not tenders. Burger King released chicken tenders in 2018 after fans petitioned for their return—but in a twist of events, BK said that the chain hadn't served tenders before. Either way, they're not on the menu now.

It's true: Burger King had the audacity to put bacon atop its soft serve in 2012. We'll stick to plain vanilla, thanks.