Whipping up healthy dinners has never been easier or faster, thanks to the Brava oven.

So many of us baked our first cake—if you could call it that—in an Easy-Bake Oven, the toy every kid has wanted for quick sweet treats. You've probably since graduated to a full-size oven and full-size cakes, but now it seems like there's an adult version of the childhood favorite called the Brava oven. However, instead of baking small inedible disasters, it can actually help you stay on your health grind and save you time.

Thanks to its Pure Light Cooking technology, the Brava cranks from 0 to 500 degrees in less than a second, all while using less energy than it takes to preheat a traditional oven. Want to whip up gourmet dinners with it in minutes? It's never been easier, thanks to this 16-by-10-inch appliance.

Even if you're light years away from being an Ina Garten in the kitchen, this small, smart countertop oven gives beginners a chance at looking like culinary all-stars. The Brava features three zones that can be heated independently and can be set to different times, too. Yep, that means no more waiting for the chicken to finish roasting before sliding in the carrots on a different temperature. If you're making a protein, a veggie, and a starch, you can designate each section to the temperature of your liking. 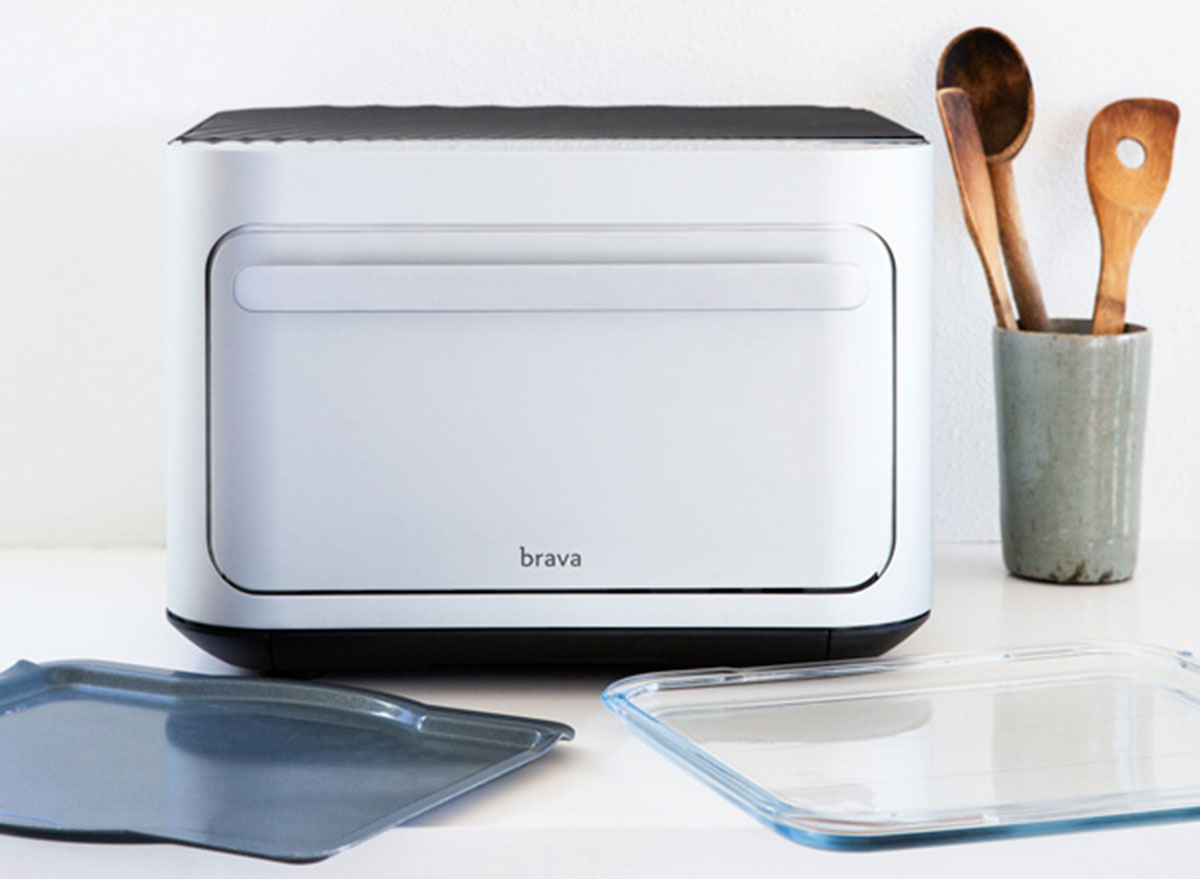 The Brava's software also comes with super helpful built-in settings to get you off the races. On its multi-touch LCD display, you can tell the Brava what you're cooking (i.e. chicken, beef, pork, vegetables, etc.), and it will report back on exactly how to cook it. Half the battle of starting to cook at home is figuring out where to begin, but the Brava's basic ingredient settings lessens that stress.

Save Time Behind the Stove

If your life feels busier by the second, we hear you. The Brava can save you from another night of reaching for the takeout menu drawer. Though it certainly looks jazzy, the Brava is way more than just another accessory in your kitchen—it's also a massive time saver.

Steak and potatoes, which would take you roughly 45 minutes collectively in a conventional oven, only requires 15 minutes in the Brava. And a frozen pizza can be ready in 10 minutes instead of 25!

Our favorite part about the Brava is that it's essentially a one-way ticket to a well-balanced diet (even though it'll also cut down your frozen pizza cook time). Because its three separate sections allow you to easily make different foods at different temperatures, it encourages you to cook a protein, a vegetable, and a starch, the definition of a balanced meal.

The Brava website even suggests a few tasty recipes like Mahi-Mahi fillet with asparagus and a fennel and citrus vinaigrette, or roasted vegetables and couscous with paprika and salsa verde. Now you can build a healthy plate in one fell swoop. You won't even bat an eye cooking up a whole herb roast chicken with root vegetables on your craziest weeknight!