Birx: These 14 States on Verge of Outbreak

According to a Federal report released this week, 21 states are considered coronavirus "red zones," defined as having more than 100 cases per 100,000 people and more than 10% test positivity. However, according to White House coronavirus task force coordinator Dr. Deborah Birx, they are not the only states (and cities) we should be concerned about. On Tuesday Birx revealed that 14 additional regions had been identified as "yellow zones"—having a scarily similar profile to those in the red.

According to Birx, "yellow zone" states, which have anywhere between 10 and 100 cases per 100,000 and 5-10% test positivity, per the task force, are incredibly concerning and share a major commonality: "20 to 30 year-olds presenting as a first wave," she explained during a call with Vice President Mike Pence. Read on to see which areas made the list.

Cases of COVID-19 in Colorado hit a new high last week, according to the Colorado Department of Public Health and Environment who reported 3,799 cases. It was the sixth consecutive week that the state experienced increasing cases. Hospitalizations and deaths aren't similarly surging, which the state believes is due to the fact that people under 40 are responsible for their surge in new cases.

According to a report on Wednesday, hospitalizations in Indiana due to the coronavirus are surging, having doubled in the past month. On Monday the state experienced their highest number of hospitalizations since June—over 900—and a jump of 72 from the day before. Dr. Fauci also added that the state's positivity rate has increased, an indication that the outbreak is worsening. "That's a surefire sign that you've got to be really careful," he said during an interview with ABC's Good Morning America.

According to the Iowa Department of Health, hospitalizations have been increasing in July and nearing the record high levels experienced in early June. Currently there are 253 current hospitalized patients—up from 241 the previous day. The Iowa Medical Society is urging Governor Kim Reynolds to issue a mask mandate. "If people refuse to do such a small thing, then I am worried the infection rate will be so great that we will overwhelm our hospital resources. We will overwhelm our number of ventilators that we have to support the critically ill," the medical society's president-elect, Tiffani Milless, MD, explained.

As of Monday, Kansas has experienced 26,172 cases of coronavirus, including 335 deaths. Their positive test rate stands at 9.4%. The Kansas City metropolitan area is experiencing record-breaking highs adding 643 new COVID-19 cases Tuesday, shattering their previous record of 605 cases last week. Despite their uptick in cases and hospitalizations, under a new state law Kansas, Gov. Laura Kelly is unable to impose statewide restrictions—such as closing businesses or limited crowds—until Sept. 15.

Kentucky has experienced a recent surge in cases, but their weekly positivity rate dropped to 5.08 percent, making it the first time it has gone down in four days. As of Tuesday the state's total of COVID cases had reached 28,126 and 719 deaths with the addition of 532 cases (including 21 kids under the age of 5) and 10 deaths. "It is too early to draw conclusions, but I hope this is us starting to see, because the time period is right, where the facial covering requirement is starting to kick in and help," Gov. Andy Beshear said.

Minneapolis has experienced an increase in their test positivity rate. According to the Minnesota Department of Health reported, the testing positivity rate is 5.8% statewide. However, in the Twin Cities metro counties it is startlingly higher, 8.7% in Hennepin County and 8.1% in Ramsey County. "When you first see that increase in test positivity, that is when to start the mitigation efforts," Birx said last week. "I know it may look small and you may say, 'That only went from 5 to 5-and-a-half [percent], and we're gonna wait and see what happens.' If you wait another three or four or even five days, you'll start to see a dramatic increase in cases."

Missouri continues to break daily high records, with Tuesday marking the ninth time this month they have done so by adding 1,773 new cases and 12 deaths from the virus Tuesday—121 more cases than the previous high set four days earlier. St. Louis County Executive Sam Page is worried their surge of cases is due to lagging test results. "What are people supposed to do while they wait? What about their jobs? What about their families?" Page said. "It's just unacceptable."

On Monday North Carolina reported a record high number of hospitalizations due to the virus, reporting that 1,244 were being treated. Their previous record, 1,228, was set on July 22. They also recorded 1,625 new virus cases on that day, bringing their total to 116,000 cases. In an attempt to slow the spread North Carolina Gov. Roy Cooper announced on Tuesday that he was implementing an 11 p.m. cutoff statewide on on-site alcohol consumption sales. "Slowing the spread of this virus requires targeted strategies that help lower the risk of transmission," Cooper said. "This will be particularly important as colleges and universities are scheduled to start, bringing people all over the country to our state. We have seen case numbers increase among younger people, and prevention is critical to slowing the spread of the virus."

Nebraska—and more specifically the Omaha and Lincoln areas—have experienced recent upticks in COVID-19 cases, so much so that experts are worried about opening schools to in-class learning. "If we reopen in a way that is not allowing adequate social distancing of those students, then there's a strong likelihood we'll see cases and transmission among children that will ultimately impact a greater proportion of adults in the communities," said John Lowe, UNMC's assistant vice chancellor for health security training and education.

As of Tuesday Ohio now had tallied up 86,497 cases of COVID-19 and 3,382 deaths. Their positivity rate was 5.3%, a number that concerns Dr. Fauci, who expressed concern that an outbreak could be brewing in Ohio, as well as three other states. According to Ohio Gov. Mike DeWine, the state is currently in the middle of a "deep dive" of whether to close bars.

RELATED: Dr. Fauci's 10 Places You're Most Likely to Catch Coronavirus

Utah's hospitalization week has been surging and reaching record highs this week. The Salt Lake Tribune reports that as of Tuesday, 211 patients were hospitalized with a seven-day average of 209 — a new weeklong record. 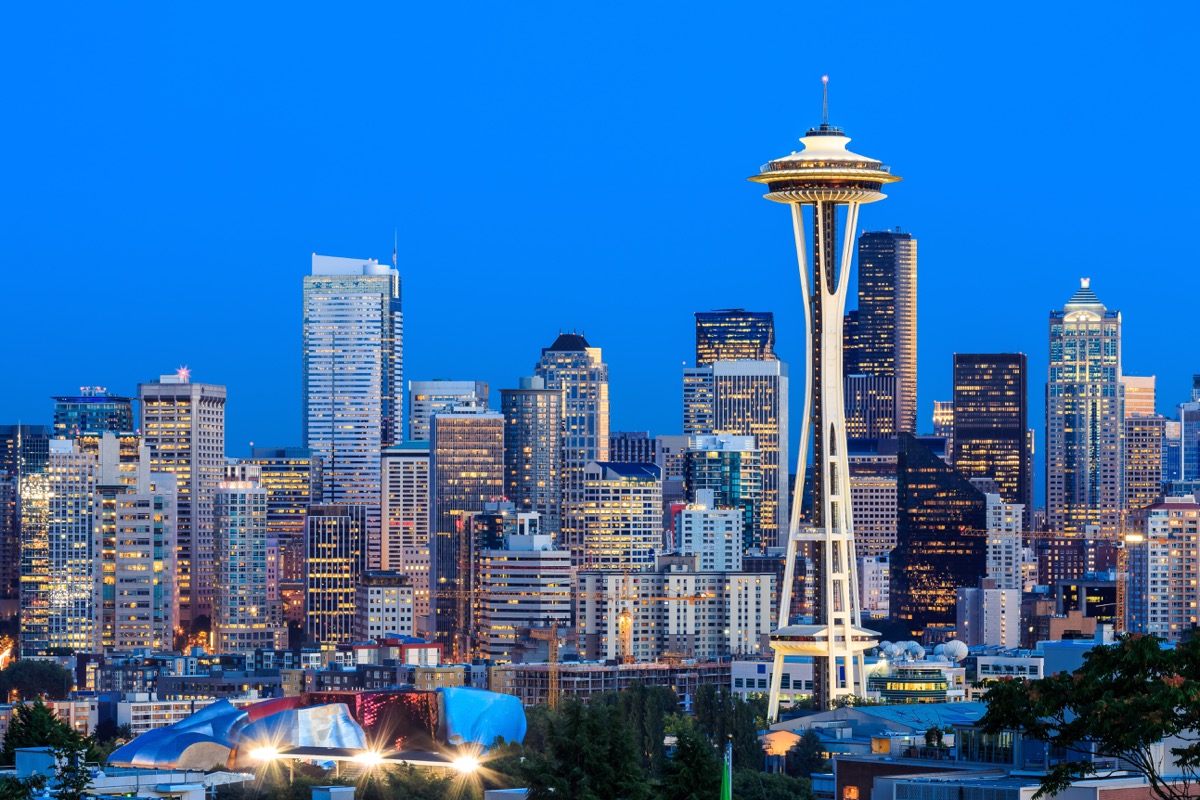 The Washington State Department of Health on Tuesday reported 884 new confirmed cases of COVID-19 and 30 deaths. However, it is their surging positivity rate that is concerning to experts. On July 20, it was 5.4%—up 2% from their previous 7-day average.

On Tuesday 762 new cases and 13 deaths were reported by the Wisconsin  Department of Health Services, marking the fifth time in 11 days that deaths reached double digits. Their positivity rate has been jumping around—5.3%, on Tuesday, 9.6% on Sunday, and 8.5% on Monday.

Other Areas of Concern 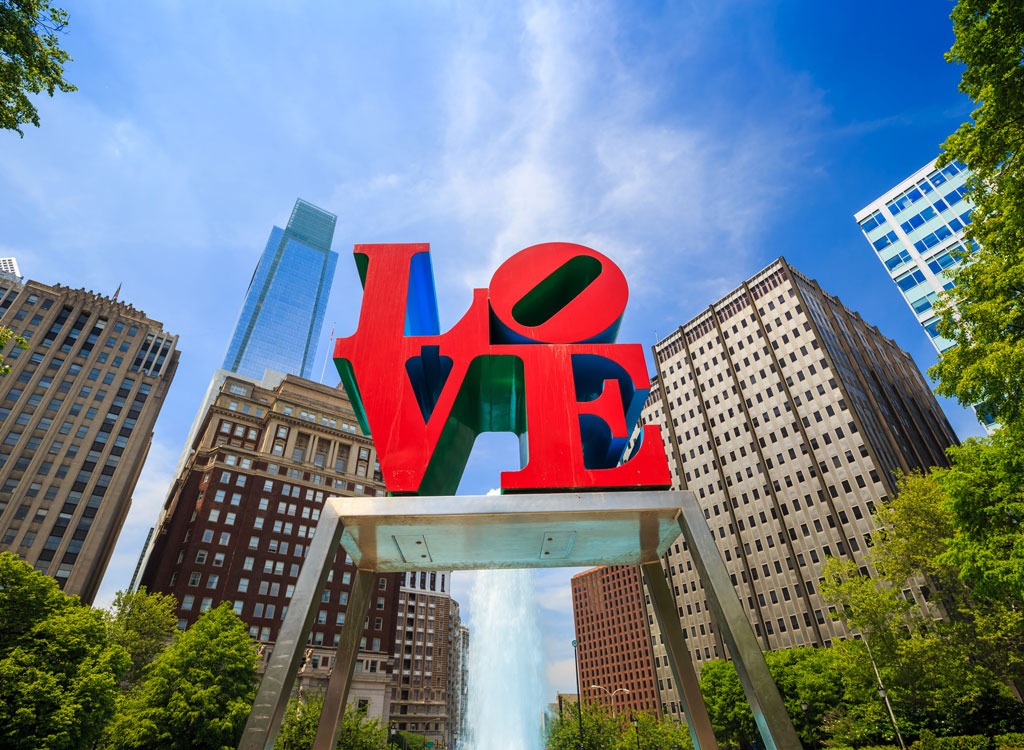 "Yellow zones" are not Birx's only concern. She also noted that major metro areas, including Chicago, Philadelphia, and California's Central Valley, are also in danger. Regarding cases, she said: "Remember, the majority of those are asymptomatic so if you expect to see hospitalizations, by the time you see hospitalization, your community spread is so widespread that you've flipped into a red state incredibly quickly."

What is Being Done

According to Birx, the task force is working with these cities and states, talking to them about increasing mitigation efforts now, "because if we wait until increased hospitalizations it is really way too late," she explained. "Because what we are experiencing now is really different than March and April, it's very different from the outbreaks of May that was typically contained. This widespread community spread in the younger age group both rural and very urban and urban areas so by the time you see it up to 80-90% of your counties already have more than 10%."

Pence added that completely shutting down is not the solution and is something "We don't ever want to see again." However, he does point out that scientific data backs mask use, bar closures, limiting outdoor dining, and limiting social gatherings as effective prevention measures. He also encourages governors in the high risk states to consider those four measures, "whether it be on a county-by-county basis or a statewide basis." And to get through this pandemic at your healthiest, don't miss these 37 Places You're Most Likely to Catch Coronavirus.