The Best New Superfoods of 2017

These nutrient-dense, vitamin-packed powerhouse foods dominated shelves and refrigerators in 2017. Stock up on these superfoods for the new year.

By now, you're probably well aware of all the superfoods you should be eating every day: chia seeds, eggs, apples, and avocado, to name a few. Basically, super healthy food packed with vitamins and nutrients to nourish your body, fight inflammation, and keep you feeling full and satisfied.

Although the typical fruits and veggies come to mind when it comes to superfoods, there have been a few new major players in the healthy food market that hit the scene in 2017. Some of these foods have been around forever and were given shiny new packaging and marketing, while others are genius creations by some of our favorite food companies. As you head into 2018 and start thinking about your healthy eating goals, but sure to stock up on the superfoods we were loving in 2017 as well as our picks on the list of 100 Healthiest Foods of 2017.

Avocado With No Pits

We already love avocado for its healthy fats and hunger-squashing capabilities; a study published in Nutrition Journal found that participants who ate half an avocado with lunch reported a 40 percent decreased desire to eat for hours afterward. But now, a new avocado has hit the market that makes slicing into the big green fruit even easier.

A British supermarket chain called Marks and Spencer began selling a "cocktail avocado," which has softer skin and no pit, according to Slate. This makes it easier to cut into it without injury, which is apparently common among people who slice into traditional avocados. Although they are only available in December and are much smaller than regular avocados, they still pack the same health benefits as regular avocados. Here's to making avocado toast and guacamole without injury!

We're big fans of Greek yogurt here at Eat This, Not That! The popular yogurt is high in protein, low in sugar, and packed with gut-healthy probiotics. But there's another yogurt on the market that's even better than Greek if you can imagine—skyr. The Icelandic yogurt is strained like Greek yogurt but has even more protein, less fat, and less sugar. It makes for a filling breakfast or snack, and the high protein content means it's also great for a post-workout treat. We love Siggi's non-fat vanilla, which packs 14 grams of protein into a 5.3-ounce serving at just 100 calories and 9 grams of sugar.

Adaptogens, or a specific class of herbs, roots, or mushrooms, that helps your body naturally regulate cortisol and adapt to stress and illness. These superfoods can help ward off fatigue, improve focus, balance your mood, and help manage a healthy weight. Although adaptogens aren't new, per se, their healing powers are just now hitting the mainstream. Some popular forms of adaptogens include ginseng, holy basil, licorice root, and cordycep mushrooms. Add these out-of-the-box ingredients to soups, stir-fry, or smoothies.

Moringa has been used for hundreds of years in holistic Indian medicine, but it's just now hitting American markets in powdered and supplement form. The superfood, also known as the drumstick tree, has seven times the vitamin C of oranges, four times the calcium of milk, and two times the protein of yogurt. And it's a complete protein, meaning it provides all eight essential amino acids, which is especially beneficial for people who don't eat animal products. Add powdered moringa to smoothies or take it as a supplement. 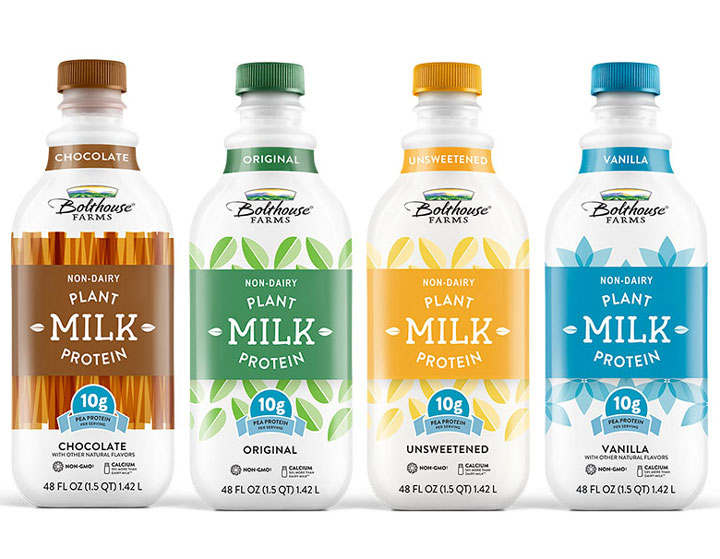 Non-dairy milks have been on the market for quite a few years now. And as popular as almond and coconut milk is, neither one of these options have very much protein. Food brands decided to change that this year by introducing plant protein milk. Bolthouse released its version of plant protein milk in 2017 made from peas. The unsweetened version has 90 calories, 5 grams of fat, 1 gram of carbs (0 grams of sugar and 0 grams of fiber), and a whopping 10 grams of protein per cup.

Ripple also has its own version of pea milk. The unsweetened original has 70 calories, 4.5 grams of fat, 0 grams of carbs or sugar, and 8 grams of protein per serving. If you're looking for a non-dairy milk to add to your morning coffee or smoothie, we recommend the unsweetened version of either of these brands, which both pack a substantial amount of muscle-building protein. 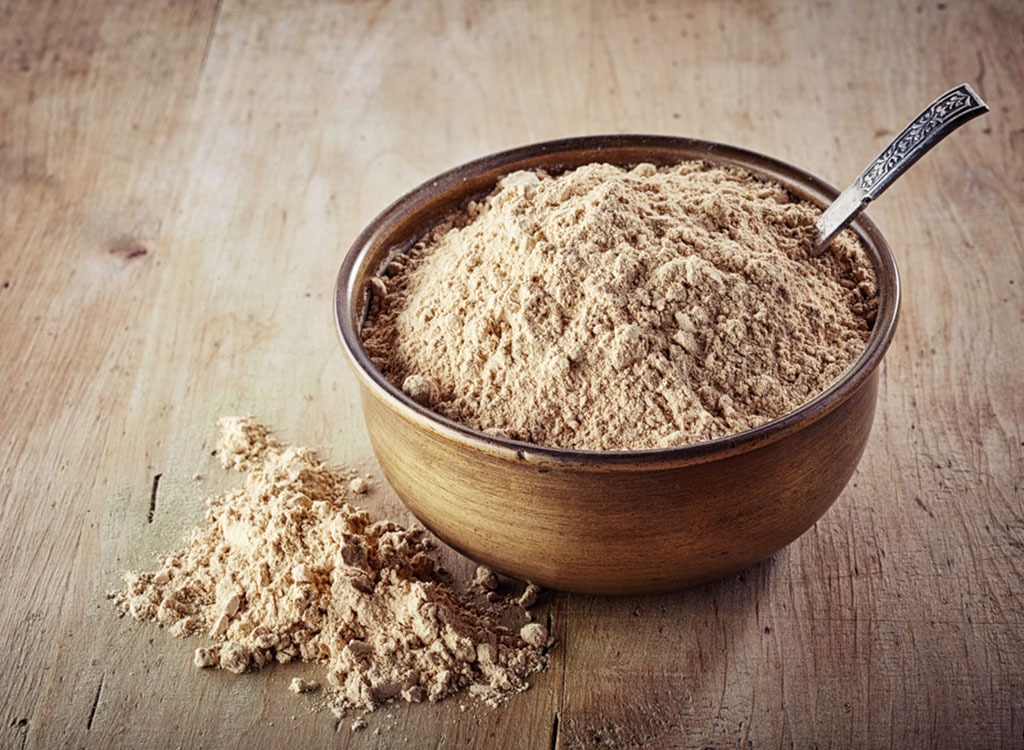 Maca is a small and round Peruvian plant which looks like a turnip. It's also rich in amino acids, phytonutrients, and a number of vitamins and minerals. It can also help reduce stress and increase energy levels and has immune-boosting benefits. It also has more than 20 amino acids, including eight essential amino acids, and is a rich source of phytonutrients. If you can't get your hands on the actual root (or wouldn't know what to do with it if you did), then opt for the powdered version to add to recipes.

We already recommend our readers to eat nuts, especially almonds, walnuts, and pistachios, for their heart-healthy fats and weight-loss properties. But another nut (technically a seed) has hit the scene that has more omega-3s than any other nut: sacha inchi nuts. Also known as Inca peanuts, these trendy nuts have grown in popularity and were readily available on store shelves in 2017. One ¼-cup serving clocks in at 170 calories, 13 grams of fat (1.5 grams saturated), 5 grams of carbs (5 grams of fiber), and 8 grams of protein.

This blue-green algae may sound unappetizing, but in powdered form, it's a nutrient powerhouse. It's packed with protein—one tablespoon of spirulina powder has 4 grams—and loaded vitamins B1, B2, and B3. It can also boost your immune system and help prevent damage and stress to your body, according to a study by the University of Maryland. Add spirulina powder to your smoothies for an extra nutritional boost.

Chlorophyll has been a popular trend in juice bars and health food stores, especially in the form of chlorophyll water. Chlorophyll, the pigment that makes plants green and helps them create energy from sunlight, does have its health benefits, mainly vitamins A, C, and E. The green stuff could help keep you healthy; a study in The Journal of Surgery found supplementing with chlorophyll may serve as a powerful immunity boost, able to increase wound healing time by up to 25 percent. Just be sure to check with your doctor before drinking it, especially if you're pregnant or breastfeeding. 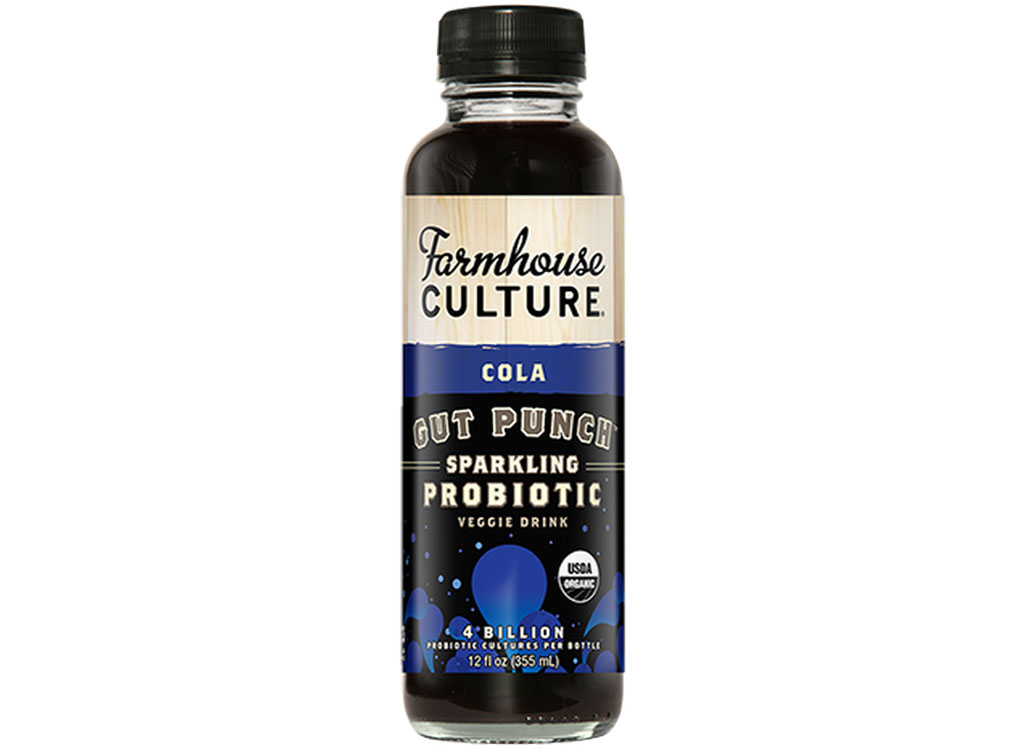 Probiotics, like the ones naturally found in fermented foods and yogurt, are favored for their gut-healthy benefits. Probiotics help feed the healthy bacteria in your gut, which in turn can help strengthen your immune system, fight inflammation, and help regulate your weight. So it's no surprise that probiotic drinks were all the rage in 2017.

Although we already love probiotic-rich beverages such as kombucha and kefir, other drinks were made popular this year, such as Farmhouse Culture's Gut Punch, which is made with fermented cabbage (think: sauerkraut juice) and other anti-inflammatory ingredients such as ginger, lemon, and beets. KeVita also released its own set of sparkling probiotic drinks and drinkable vinegars in addition to its popular kombucha line. Getting enough probiotics in your diet is key, and these tasty and convenient beverages are an easy way to get your fill. Just be sure to find some with as little added sugar as possible.