5 Best Drinks for Clearing Brain Fog, According to Experts

These healthy beverages can help clear your head.

Brain fog isn't a medical term, it's a catchall phrase for a constellation of uncomfortable and distressing symptoms that include fatigue, fuzzy thinking, lack of focus, mild memory issues, and more.

Identifying exactly what's causing your brain fog can be challenging because the culprit can be anything from an overgrowth of candida, thyroid dysfunction, anemia, heavy-metal toxicity, hormonal imbalances—or even stress and anxiety, says medical herbalist Daniela Turley, who recommends seeing a healthcare practitioner to help determine the root cause.

Research has also shown that brain fog is a hallmark of neuroimmune diseases, such as celiac and fibromyalgia.

The encouraging news: unless brain fog is the result of a serious degenerative cognitive illness, such as dementia, it can often be resolved through lifestyle habits that include stress reduction, getting adequate sleep, and nutrition that's aimed at supporting cognitive function and memory. "Deficiencies, coupled with sugar, alcohol, refined carbohydrates and caffeine overdose can majorly impact brain function," says Dr. Josh Axe, who adds that brain fog can also be a temporary byproduct of the keto diet, as your body transitions into ketosis (but this usually lifts after a few days).

What follows are the five best drinks you can turn to right now to clear up your brain fog, according to experts and research.

Plain old water is responsible for delivering nutrients to your brain and helping to remove toxins—therefore, dehydration can contribute to a muddled mind. Even mild dehydration produces alterations in a number of important aspects of cognitive function, such as concentration, alertness, and short-term memory, experts say.

Stay hydrated! Aim to drink half your body weight in ounces per day. If you really can't stomach that much H20, try these tasty ways to stay hydrated.

There are many detoxifying teas, but green tea has other beneficial properties. "Green tea contains caffeine, which is a plant chemical that is known to increase focus," says Turley. "But it also contains polyphenols, which research shows may have a neuroprotective effect and ward off dementia."

Discover what else happens to your body when you drink matcha, which is a powder made from green tea leaves. 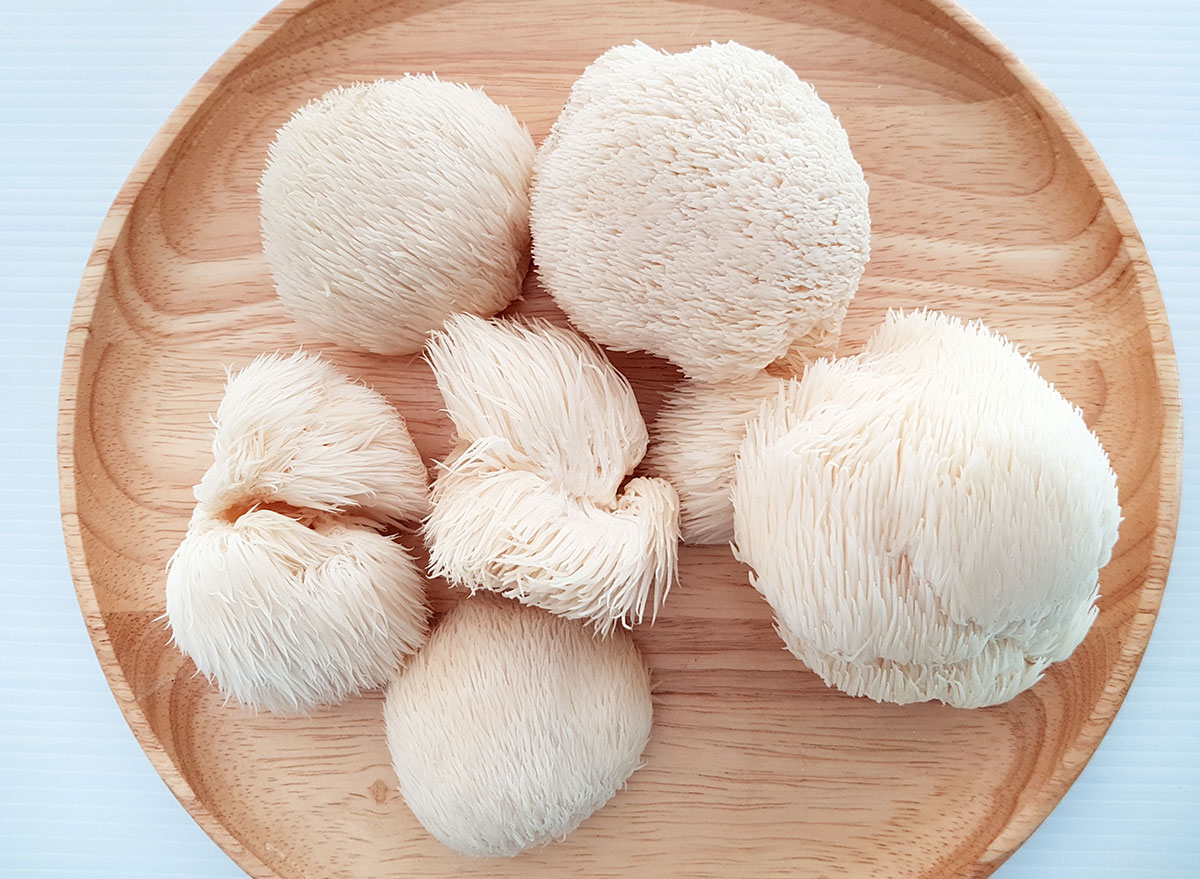 The medicinal powers of mushrooms have been a very hot health topic over the last few years. One shroom with mighty memory-enhancing properties is lion's mane. "It has a neurotrophic effect and helps the nerves in the brain grow and differentiate," says Turley, who says her clients have reported increased focus and memory after taking this species of fungi.

Luckily, you don't have to become a forager to reap the benefits—lion's mane can be found in this Four Sigmatic coffee blend. Or get your hands on some lion's mane powder, like this one from Sun Potion, then whip up your own concoction.

"The herb rhodiola has long been used for focus and memory," says Turley. It stimulates certain neurotransmitters, including dopamine and acetylcholine. It also has a potent antioxidant effect which could be part of its action. There is mounting evidence to support its use for improving focus and memory.

Here's what to look for when buying products with rhodiola.

Lots of smoothies are just sugar bombs in disguise, which is exactly what you don't want when you're trying to clear away brain fog. So look for protein powders with detoxifying ingredients like this Clean Green Protein from THE WELL. It contains nutrients such as the herb milk thistle and green tea extract, plus amino acids that support both phases of liver detoxification. (If you want to know more about that process, read this.)

Beet juice can enhance the amount of oxygen reaching the brain and help your overall cognitive function. Research led by scientists at the University of Exeter in the United Kingdom has found that drinking beet juice promotes a blend of mouth bacteria that are tied to healthier blood vessels and improved brain function. How so? The oral bacteria play a part in converting nitrates into nitric oxide—that, in turn, aids in brain health since nitric oxide is a vasodilator that increases blood flow throughout the body. Older people have lower nitric oxide levels, which can contribute to vascular dementia.

Beets, in general, have truckloads of health benefits, including eye health, digestion, and blood pressure.

For more healthy eating tips to get your mind clear, make sure to avoid these 108 Most Popular Sodas Ranked By How Toxic They Are.