12 Eating Habits That Make You Live Longer and Slim Down

When it comes to living longer–and healthier, happier and slimmer in the meantime–your fate has never been more firmly in your hands.

When it comes to living longer–and feeling healthier, happier and slimmer in the meantime–your fate has never been more firmly in your hands.

Research indicates that no matter your genetic predispositions, you can take real steps toward reducing your risk of dying early (even down to turning off your fat genes) by tweaking your lifestyle and diet. What's more: Many of those things are super-easy—daresay even fun; chocolate is involved—and you probably don't realize you're doing some of them already. So prepare to be surprised by these weight loss tips, and then sock away a little more in that 401k plan. And lose weight the right way thanks to Insanity trainer Shaun T, Maria Menounos, Padma Lakshmi and more using these FREE 50 Best-Ever Weight Loss Secrets From Skinny People!

Okinawa, an island off mainland Japan, is home to more centenarians than anywhere else in the world. In fact, about 7 out of every 10,000 citizens live to blow out 100 birthday candles! For some perspective, that stat is about 2 in 10,000 in America. According to Buettner's research, Okinawans drink green tea every day—and it's likely one of the reasons they live so long. Researchers from the Norwich BioScience Institutes recently discovered that the polyphenols, a type of micronutrient in green tea, blocks something called VEGF, a signaling molecule in the body that triggers plaque buildup in the arteries that can lead to heart attacks, stroke and vascular disease.

But that's not all those mighty leaves can do. They also contain EGCG and catechins, antioxidants that trigger the release of fat from fat cells and boosts levels of hunger-quelling hormones. In one Swedish study, mealtime tea sippers reported less of a desire to eat their favorite foods—even two hours after drinking the brew! The less you want to eat, the less you're apt to weigh. For similar results at home, enjoy a cup green tea (without added sugar) with breakfast, lunch and dinner. We at Eat This, Not That! love tea so much, we made it part of our bestselling new diet plan, The 7-Day Flat-Belly Tea Cleanse! Test panelists lost 10 pounds in one week! 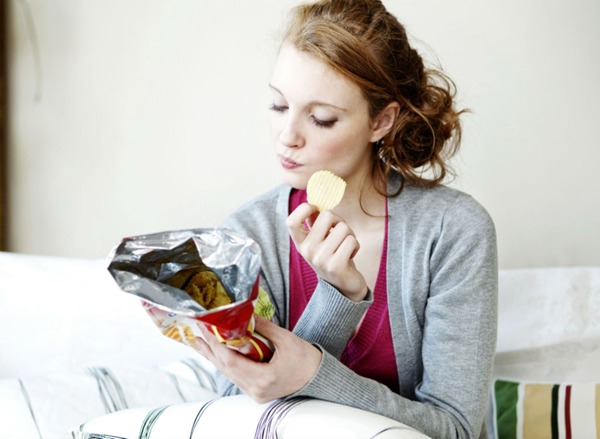 Whatever you do on this list, get some company while you do it. Prolonged loneliness can be as life-shortening as smoking 15 cigarettes a day, according to researchers from Brigham Young University and the University of North Carolina-Chapel Hill. Data from 148 studies involving 300,000 people showed that those with stronger social connections lived 7.5 years longer on average than those who were more isolated. A 2015 follow-up study by the same team, published in Perspectives on Psychological Science, found that loneliness shortens lifespan as much as being obese. And researchers at the Johns Hopkins Bloomberg School of Public Health tracked almost 3,000 people over the age of 65 for more than 13 years and found that socializing might add as many years to your life as lowering your cholesterol or blood pressure!

There's been a groundswell of research over the past few years about how coffee, once an infamous vice, is actually excellent for health in a number of ways. Scientists at Brooklyn College discovered that men who drank four cups of coffee a day lowered their risk of fatal heart disease by 53 percent. In a separate analysis of 34 global studies, the World Cancer Research Fund found that people who regularly drank coffee had a 14 percent lower risk of liver cancer. Scientists hypothesize the benefits are due to coffee's high level of antioxidants and ability to reduce inflammation throughout the body, which is particularly carcinogenic in the liver. So have a sip, and don't miss these 33 Ways to Flatten Your Belly—Fast!!

Have One Drink a Day 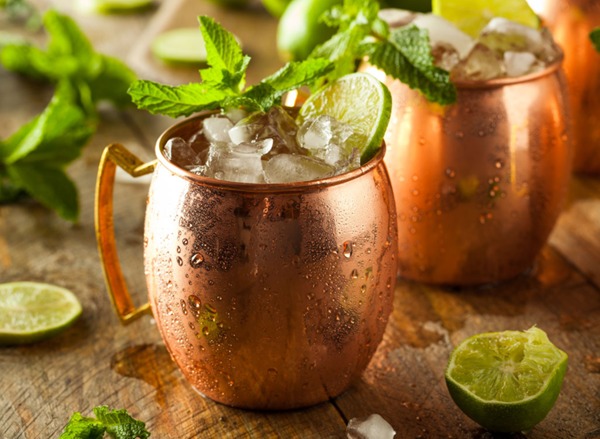 Happy hour can be guilt-free again, assuming you keep the lamp shade off your head. A 25-year study by Brigham and Women's Hospital in Boston found that consuming seven alcoholic drinks per week—the equivalent of one glass of wine or beer each night—reduces the risk of heart failure by 20 percent for men and 16 percent for women. And research conducted by the American Cancer Society, which looked at half a million people, found that overall death rates were lowest among men and women reporting about one drink daily. So enjoy, with a big caveat: If you have trouble limiting yourself to one or two drinks a day, don't keep imbibing under the guise of health; you're actually shortening your life. The Brigham study found that people who had 21 or more drinks each week had an 89 percent increased risk of death—from any cause.

Now this is why science exists: Harvard School of Public Health researchers tracked the chocolate-consumption habits of almost 8,000 male graduates. Their findings? Those who ate dark chocolate lived a year longer than those who didn't, and men who ate one to three bars a month had a 36% lower chance of death—of any cause! In a different 15-year study, Dutch scientists determined that men who ate just 4 grams of cocoa a day had half the risk of dying from heart disease than those who ate less. Likely responsible: The antioxidants in dark chocolate, which are heart-healthy. (Now that you know it's OK to eat chocolate, find out which foods to avoid! Click here for the 20 Unhealthiest Foods on the Planet!) 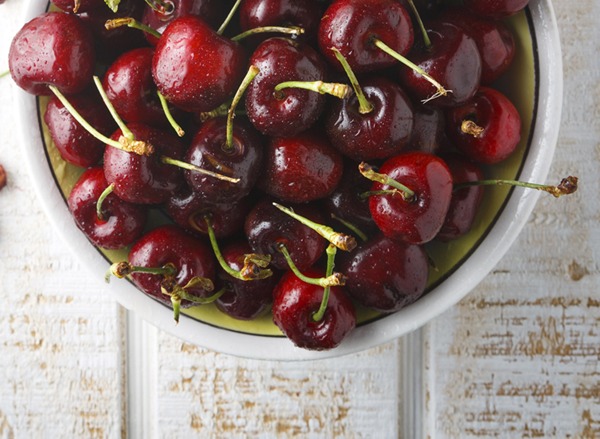 You already know about the weight-loss benefits of eating berries, but did you know that drinking cherry juice can help you sleep? It's high in melatonin, a hormone that regulates sleep. Scientists at Northumbria University found that people who drank cherry juice twice a day slept an average of 39 minutes longer and had up to 6% fewer "non-sleep behaviors" while in bed. Getting enough shut-eye is essential to longevity: Harvard Medical School researchers say that life expectancy significantly decreases in people who average less than five hours of sleep a night. Lack of sleep is connected to heart problems, weight gain and certain cancers; the regular use of sleeping pills has also been linked to premature death. Just make sure you cut it with some water; like any other fruit juice, cherry juice is high in sugar.

Get Your Daily Seven Servings

You knew this one was coming, but the numbers are shockingly impressive. A study of 65,000 people by the University College of London found that those who ate seven helpings of fruits and vegetables had a 42% lower risk of dying early than those who ate less than one—including a 33% reduction in death from heart disease and a 25% reduction in cancer death. Five to seven servings cut overall death risk by 36%. And to blast even more fat, don't miss these 30 Skinny Secrets from the World's Sexiest Women!

A 2013 Harvard School of Public Health study of 118,000 people determined that those who ate one ounce of nuts every day were 20% less likely to die over three decades—the equivalent of adding three years to your life. Why? Nuts lower bad LDL cholesterol, raise good HDL cholesterol, sweep plaque from arteries and contain antioxidants and phytochemicals that have cancer-killing and anti-inflammatory properties.

It's Sunday and you just got back home after running some errands. Next up on the agenda? Brunch! But before you whip out the spatula and skillet to make your favorite Breakfast Burrito, take off those cozy yoga pants and put on some jeans. Sure, that might seem silly, but their expandable waistband ups the odds you'll overeat, says Cassie Bjork, RD, LD of Healthy Simple Life. "For psychological reasons, when we are dressed in comfortable clothing, we tend to 'let loose' with our eating," she explains.

To ward off weight gain and associated life-treating health risks like heart attack and diabetes, Bjork suggests cutting yourself off when you're about 80 percent full. "This allows your brain to catch up with your stomach and realize that you've eaten your fill." What's more, cutting yourself off before you're stuffed prevents blood sugar crashes that can lead to overeating later in the day. According to researchers, this is a habit of many centenarians around the globe—and it's one of the reasons they are maintaining a healthy weight and living so long. In fact, being overweight or obese can decrease life expectancy by up to eight years, according to a 2014 study of almost 4,000 individuals. The researchers even go so far as to say that in terms of life expectancy, being overweight is as bad as cigarette smoking. Find out other unhealthy habits in 40 Habits That Make You Sick and Fat! 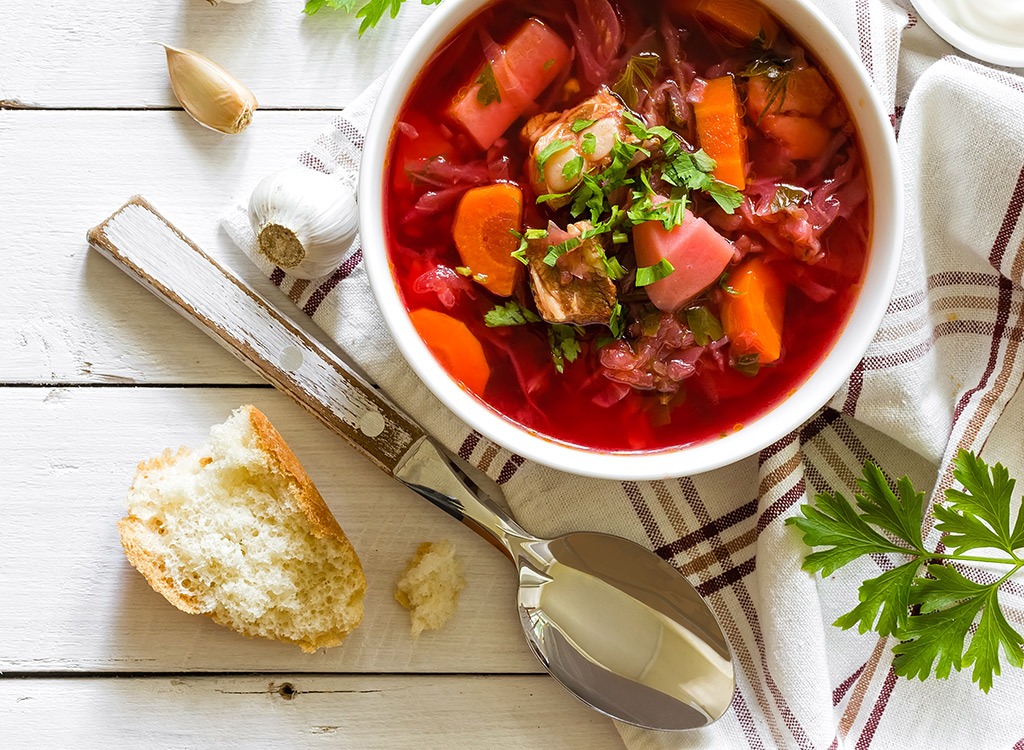 Explorer and author, Dan Buettner, recently interviewed hundreds of people aged 100 and up from around the world, asked them about their lifestyles, then crunched a ton of data to figure out what they all had in common. Interestingly enough, the majority of the people he met with said that they typically eat their smallest meal of the day in the late afternoon or evening—not the a.m like the majority of Americans. Tel Aviv University researchers concur. When they put two groups of overweight women on a 1,400-calorie diet, those who ate small 200-calorie dinners and large 700-calorie breakfasts lost 50 percent more weight than the group who ate their largest meal in the evening instead. The group who ate the big breakfast also lost twice as many inches around their waists than the large dinner eaters.

Not only is a trim middle attractive, it's also an indicator of potential life expectancy. A 2014 analysis of 650,000 adults revealed that men with a 43-inch waist circumference are 52 percent more likely to die than men with a 37-inch waist. The same holds true for women. Ladies with a 37-inch waist, have a whopping 80 percent higher risk of death than women with a 27.5-inch waist—likely because belly fat is associated with conditions like type 2 diabetes, high cholesterol, high blood pressure and coronary artery disease. (By the way, sometimes, fat isn't bad: click here to discover the essential list of the 20 Best Full-Fat Foods for Weight Loss!)

Want to jump-start your weight loss and also live to see humans colonize Mars? No problem. Just add more nuts and fatty fish (like tuna, wild salmon, mackerel and sardines) to your diet. These foods contain high levels of omega-3 fatty acids, nutrients that have been proven to lower overall mortality risk by up to 27 percent and decrease the odds of dying from heart disease by about 35 percent. Just when you those mighty omega-3s couldn't get any better, the good news keeps on coming: Research also suggests that the nutrient can boost weight loss by warding off blood sugar spikes and speeding recovery after workouts. Bigger, less-inflamed muscles mean you'll have a faster metabolism, which can help you get lean and trim at lighting speed. Speaking of metabolism, don't miss our 25 Overnight Oats That Boost Your Metabolism in the Morning!

OPEN A BOTTLE OF RED OR WHITE

If you enjoy a glass or two of wine every evening, there's no need to give up the habit. In one review of 24 studies, researchers noted that women who drink a glass of wine every day have a lower risk of all-cause mortality than those who booze less frequently. What's more surprising is that those who regublarly consume moderate amounts of alcohol are also less likely to gain weight than nondrinkers and are at lower risk for obesity throughout their lifetime. The only group who may not benefit from booze? Those that are already overweight. Research believes that once a person is heavy, they're more apt to gain additional pounds due to alcohol than their leaner counterparts.

If wine is your drink of choice, be sure to check out our top 16 Wines for Weight Loss for our top slimming, healthy picks.

LOSE UP TO 16 POUNDS IN 14 DAYS WITH THIS BEST-EVER SMOOTHIE VIDEO!